This Tuesday, December 5th, the DCU Innovation Contest was held in the SAAB ETIC, Perry Atrium, from 6 to 9PM. The event started with pizza, drinks, and networking. 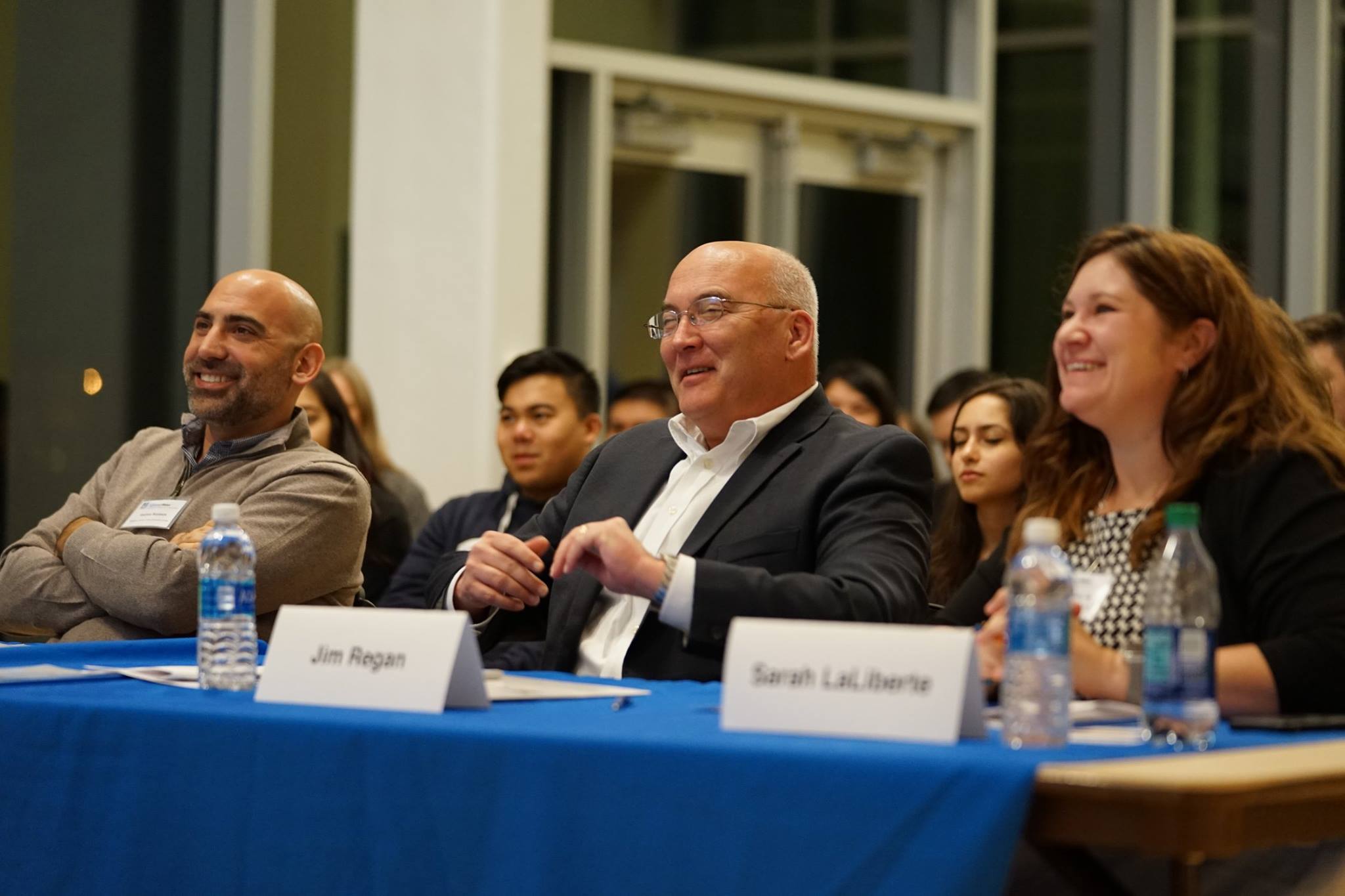 First up was Team ATMPal. Their team consisted of members Xuan Bui, Zachary Fay, Andre Ragel, and Greg Smelkov. They presented their idea on a mobile app that allows users to find the nearest ATM, and then sort them by free ATM charge.

The next team to go was Guided Savings Projector. Members included Kaitlyn Hanerfeld, Kristen Bauer, and Eli Gukovsky. Their idea was an app that allows users to enter their earnings per week or year, and they will be provided with a projection on a sliding scale of 1-100 of the percentage they would like to save.

After was Team Cheetahead. Thomas Stranberg, Bryan Desrosiers, Ethan Gariepy, and Steve Alger presented their recommendations for Digital Federal Credit Union to create an educational cryptocurrencies tool that can clarify, monitor, and help its investor to use cryptocurrencies to their full potential.

Lastly, Team True to You pitched their idea of a security software for the banking industry, which utilize facial recognition and block chain technology to improve the mobile clients’ financial data. Team members included Gregory Montemurro and Dave Seybert.

The judges deliberated, and then announced the winners.

In fourth place was ATMPal. Third place went to Guided Savings Projector. Cheetahead took home second, and lastly first place went to True to You! Each member of the semi-finalist teams went home with $100 each, and the members of True to You took home $500 each! 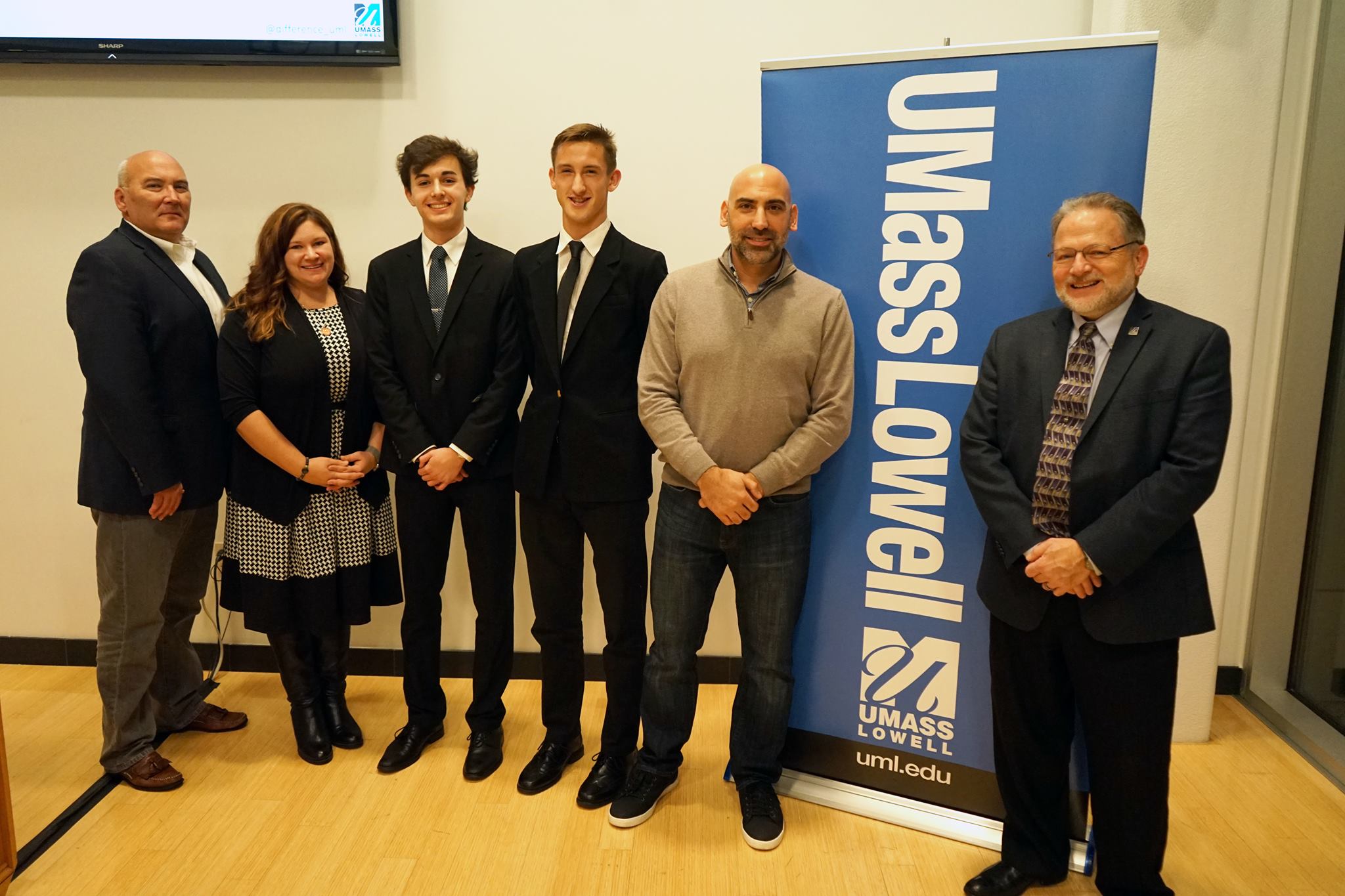 Thank you to everyone who participated, and congratulations to the teams! We hope to see everyone’s ideas submitted into the 2018 $50,000 Idea Challenge!

On Wednesday, December 6th, the Fine Arts, Humanities, and Social Sciences Creative Venture Competition was held. Students, faculty, and spectators piled into Room 222 of O’Leary Library to get a glimpse of students brilliant ideas. Student teams presented in front of a panel of esteemed judges who then chose their favorite idea.

To kick off the event, Dean Luis M. Falcón introduced all the judges and a little bit about them.

Judges included: Glenn Morgan, a graduate of the University of Lowell, who then went on to become the founder and CEO of Skyworld interactive until he sold his share in the business last year. He is now full-time consulting on mergers and acquisitions, operations, digital services and account profitability for New England’s leading full-service ad agencies; Jack Ford, a graduate of Lowell State College where he earned degrees in Education and History, and eventually completed his masters at Clark University. Jack currently is the principal at JF3 consulting, which provides strategy and acquisition consulting to corporate clients. Lastly, Danielle McFadden, a graduate of UMass Lowell in 2007, who is now the President of the Greater Lowell Chamber of Commerce and has been for over 6 years now.

The first team to present was a one member team of Lindsay MacDonald, a Senior Psychology major, with her idea, Mindsense, an “educational social service that provides schools with mindfulness training using an organic community-based approach to grow an environment of mindfulness in the educational setting.”

Next was Team Personalized Learning. Personalized Learning’s members included Daniel Falcone, ManojReddy Dumpa, Tejaswini Gaddam, Troy Lamontagne, Michael Nelson, Daniel Santos, Karansinh Thakor, and KavyaKumar Vallurupalli. Their idea is “a web platform that utilizes psychology and adaptive matchmaking that gives recommendations to students based on their personality, learning styles and study habits to find the optimal professor for every class they need to take.”

The next team to present was Team Project Pace. The team included members Matthew Chigas, Brenna Ambrose, Kyle Cooper, Daniel Gonzalez, Matthew Levenson, and Colleen Silva. Project Pace pitched an idea for an “online platform for young people to discuss uncomfortable topics surrounding extremism. The platform provides tailored educational contents to a target audience of 13 to 25-year-olds to provide them with tools they need to counter misinformation.” 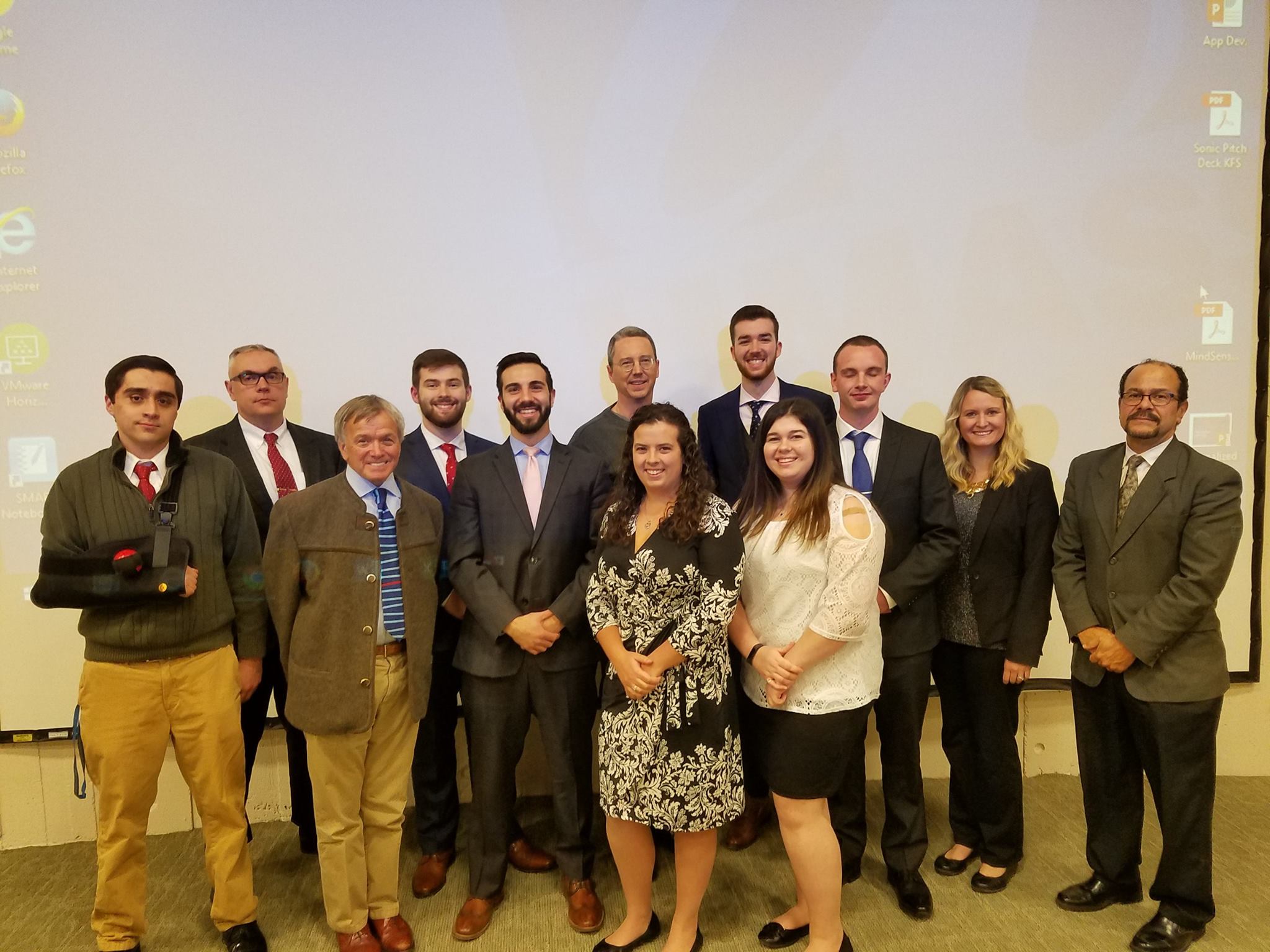 Thank you to everyone for coming and to all the teams who participated! We hope to see teams submit their ideas into our 2018 $50,000 Idea Challenge!

This past Monday, December 4th, the Francis College of Engineering hosted the Prototyping College-based Competition is the SAAB ETIC, Perry Atrium from 4PM-8:30PM. Faculty, students, and outside spectators were welcomed to view the students prototypes, and vote on their favorites as well!

During the spectating, a panel of preliminary judges including, Steve Rogers, Mark Dyment, Mike Ryder, and Sarah Washburn, went around and listened to a three-minute pitch on each teams prototype. After, they deliberated and picked their top four favorites. These teams included Handy Bandages, Pillzio, Pic n’ Paint, and CareerHawk. Each team then went in front of the panel of judges, including including Stephen McCarthy, Cindy Conde, Chad LaFrance, and Bhupen Shah, and pitched a ten-minute long presentation on their product. The presentation was followed by questions from the judges, and then the decisions were made on who wins! 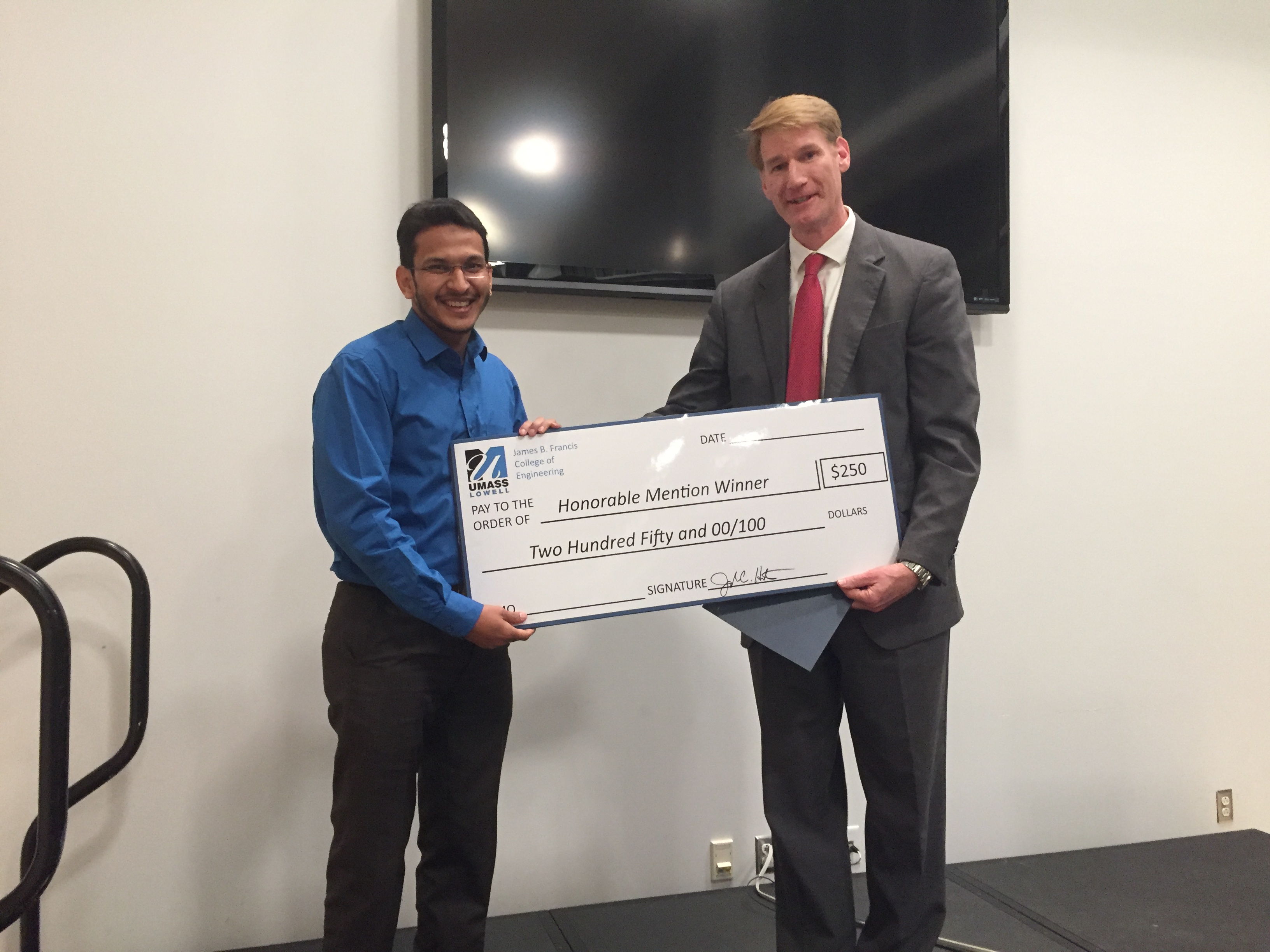 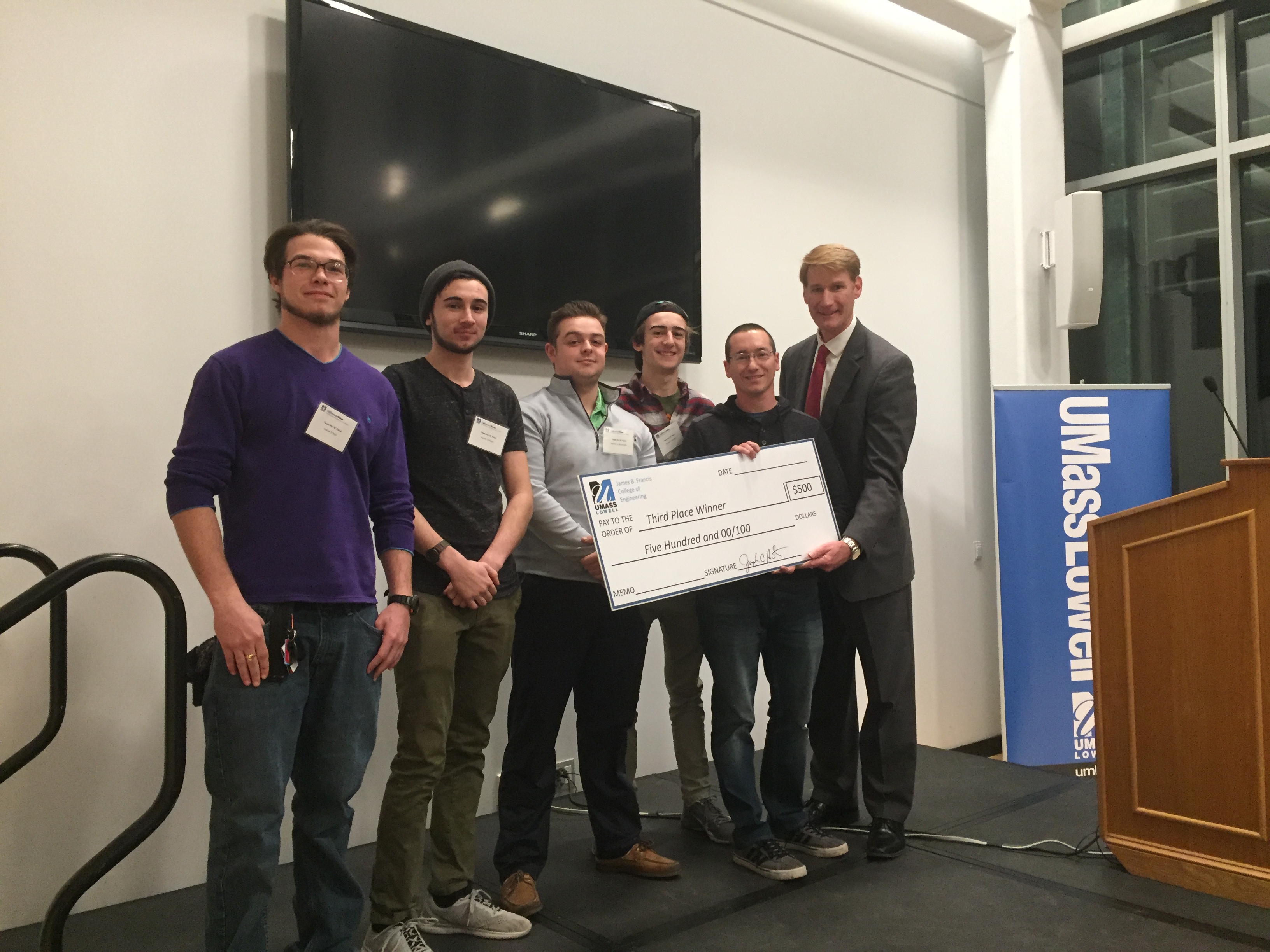 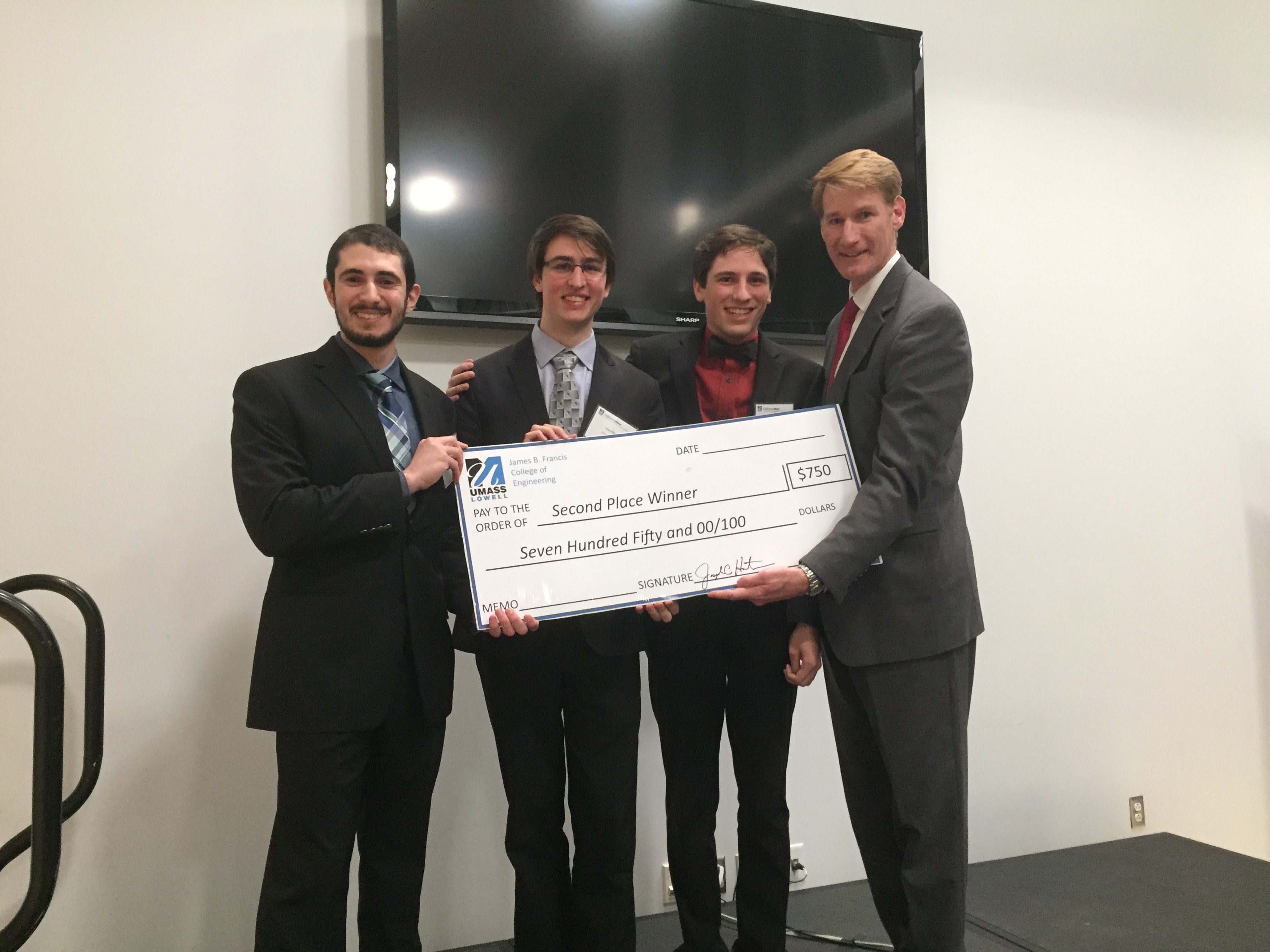 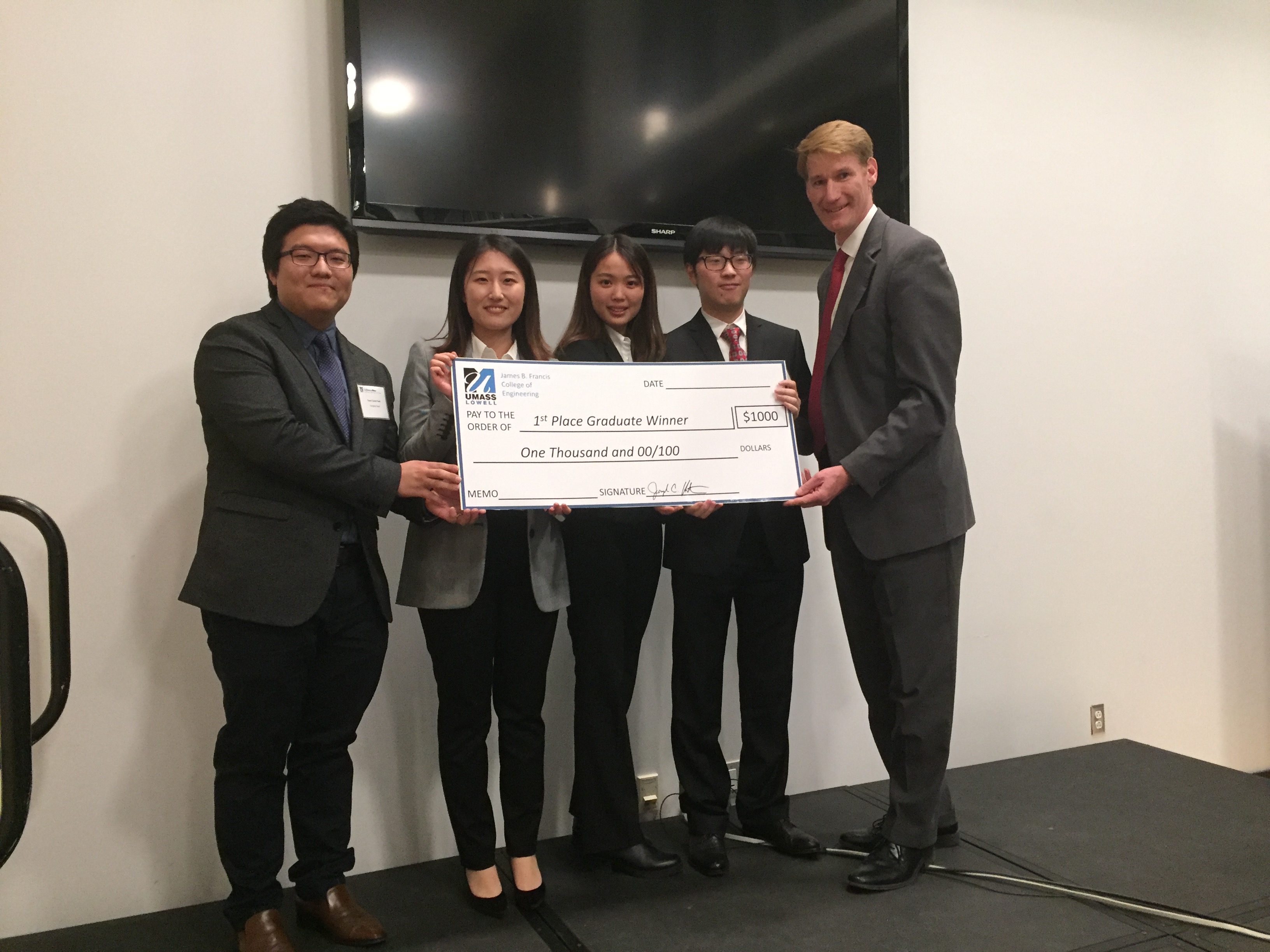 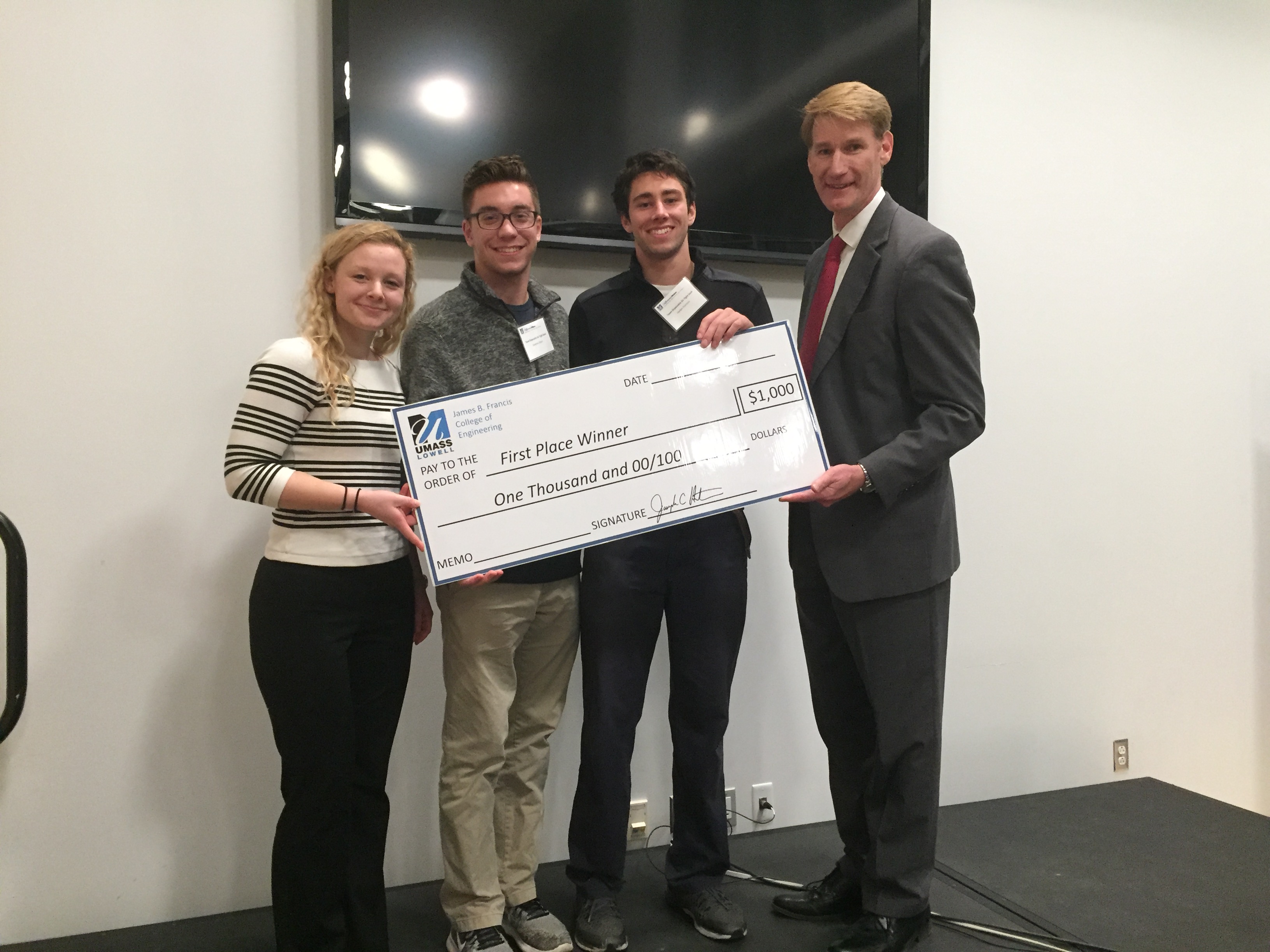 Lastly, the night closed with some networking!

Thank you to all the teams who participated, the judges, the Francis College of Engineering, and all the spectators for coming and making this event a success! We hope to see some of these ideas come through in our $50,000 Idea Challenge this spring!