On October 11th from 5:30-8P.M., DifferenceMaker held their 3rd Annual Celebration in Moloney Hall in University Crossing. Many alumni, students, and faculty were invited to learn about the success of the program, and share their own experiences with DifferenceMaker. Food and drinks were served, and there was lots of mingling throughout the night! 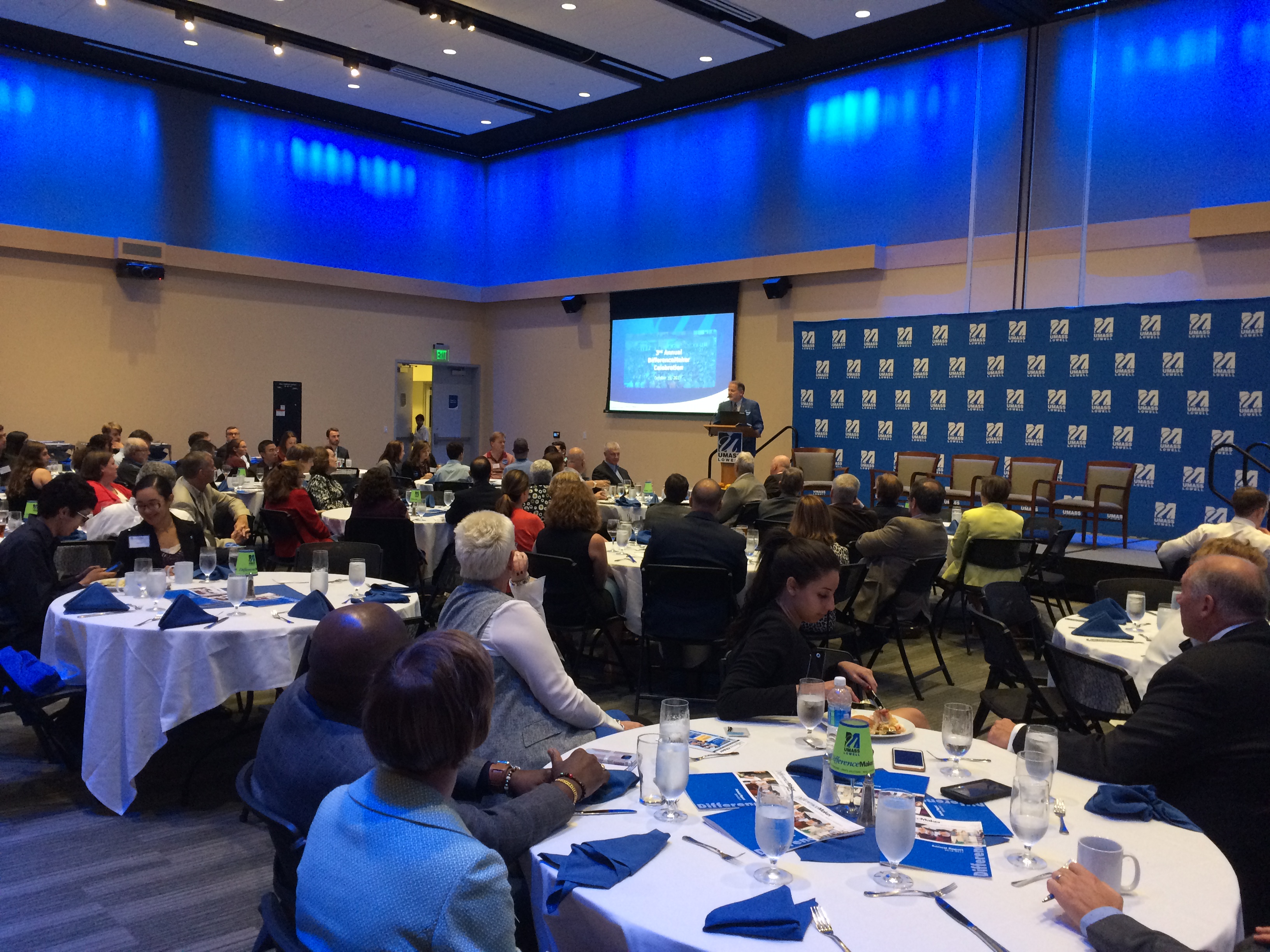 Professor Steve Tello with opening remarks and introduction to DifferenceMaker

Professor Steve Tello opened the event with remarks and demonstrated the different areas where DifferenceMaker has succeeded in the numbers and showed the growth we have had over the years. He then introduced President Marty Meehan, Chancellor Jacqueline Moloney, and Jack Wilson, President Emeritus of UMass. Professor Tello presented Jack Wilson with the Wilson Center of Entrepreneurship in MSB. 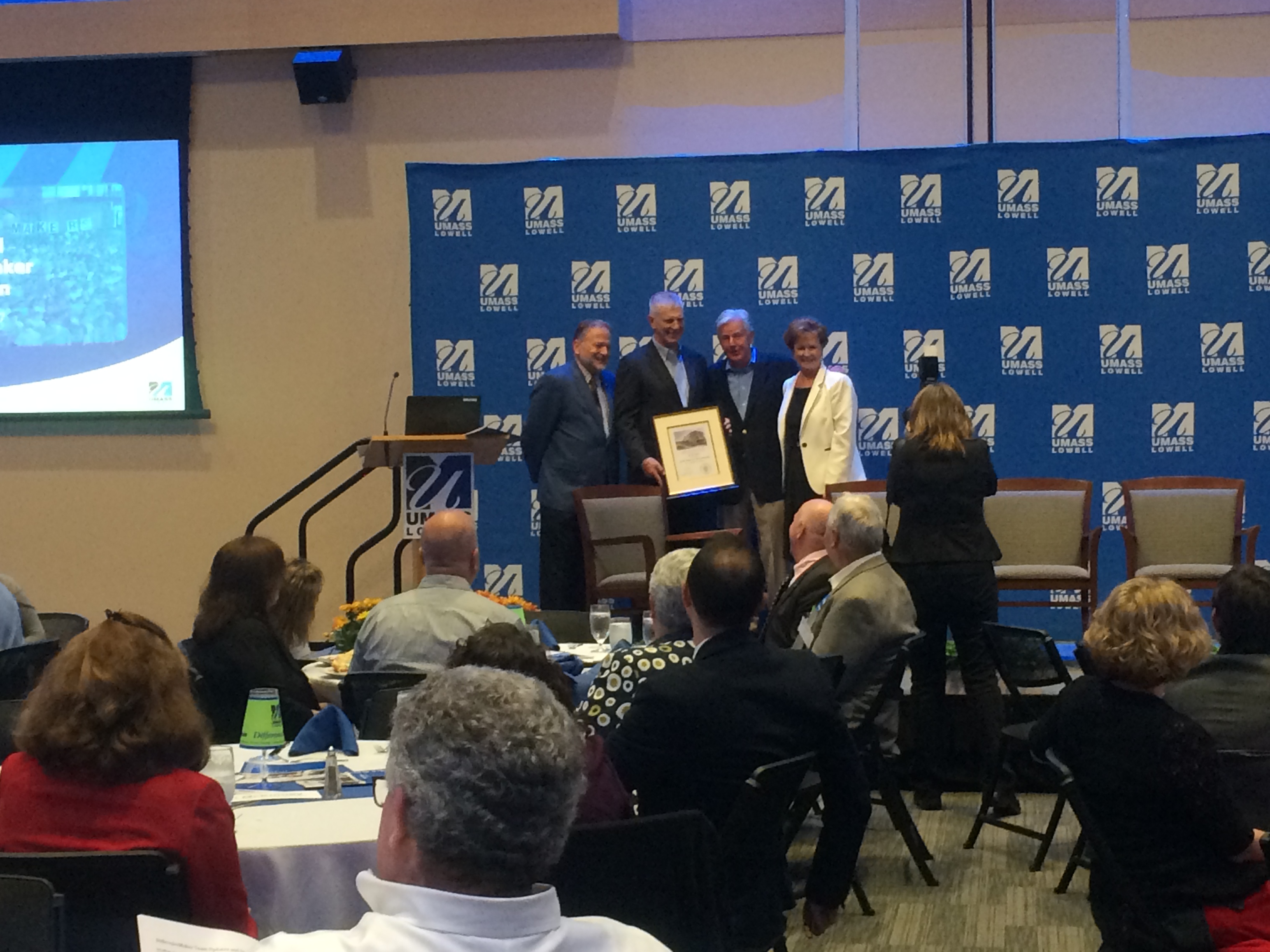 Next, our 2017 Faculty Fellows were announced: Michelle Bazin, Neil Shortland, Guanling Chen, Mazen El Ghaziri, Brent Shell, Deborah Finch, and Hunter Mack. We thank them for their support in helping our teams!

Ha Pho, Project Manager at DifferenceMaker then led a Student Showcase and Q&A with Jaime Keenan with Operation250 and her mentor Michelle Bazin, and Rajia Abdelaziz with Invisawear, and her mentor Ray Southworth. Some great questions were asked, and even better responses, with some awesome audience participation.

Some Alumni also were on stage for a discussion and Q&A led by Holly Butler, Director of DifferenceMaker. Alumni included Chris McKenna (’89), Brenda Maille (’78), Susan de Mari (’98 ’90), Glenn Morgan (’86), & Richard Juknavorian (’98). They talked about their involvement in DifferenceMaker and the impact you can have in getting involved.

We thank everyone for joining us, and making this celebration such a success! 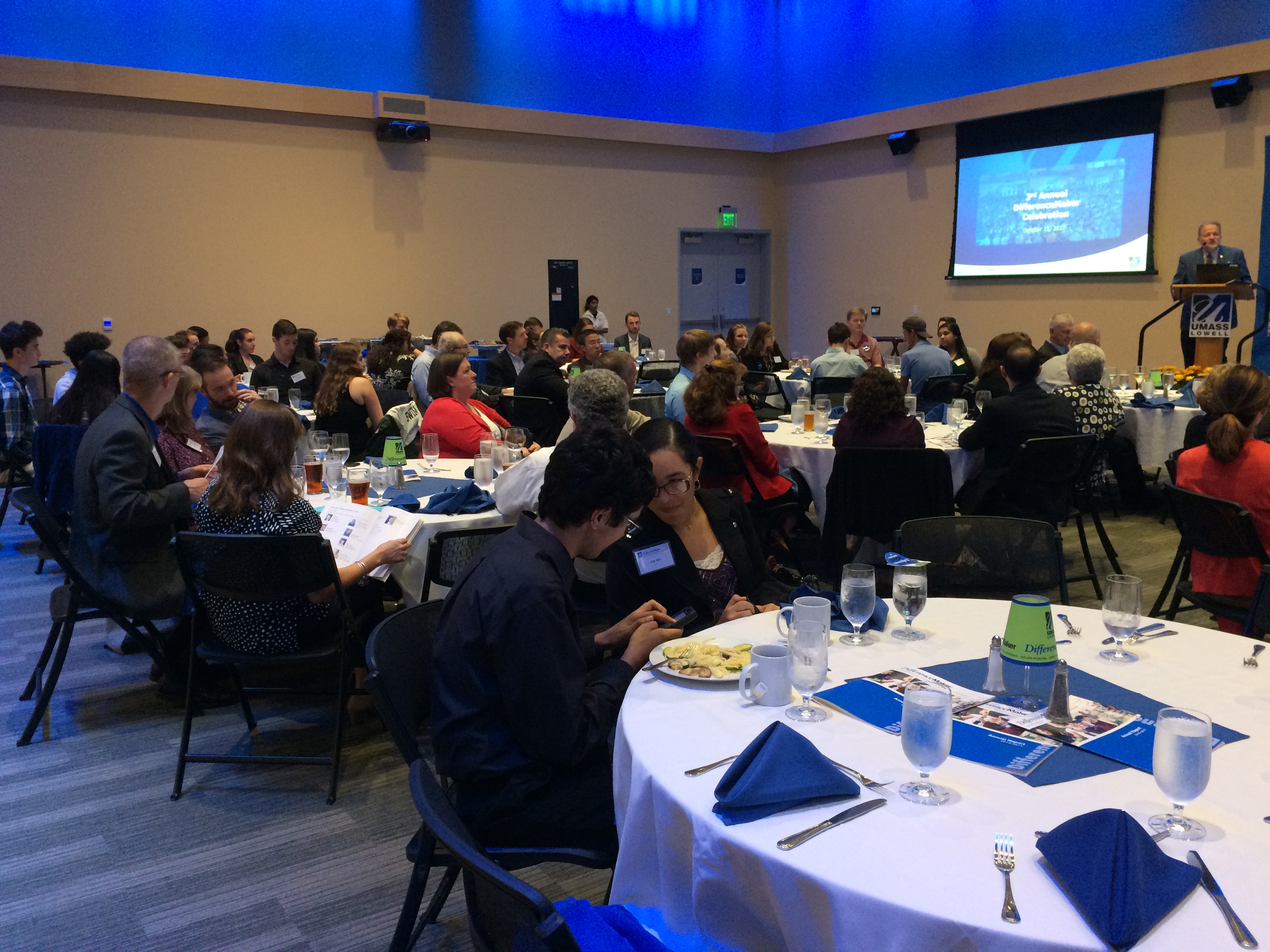 On October 1st, DifferenceMaker was a part of the fall 2017 Open House located at the Tsongas Center. Thousands of prospective students came!

From 8:30-11:30 A.M., DifferenceMaker informed parents, and potential future students about the program, how to get involved and the impact it has had on campus. Many participants had questions about DifferenceMaker, and by providing them with real-life examples of successful teams, helped them to better understand the value in getting involved. Lots of cool DifferenceMaker swag was given out in the process! 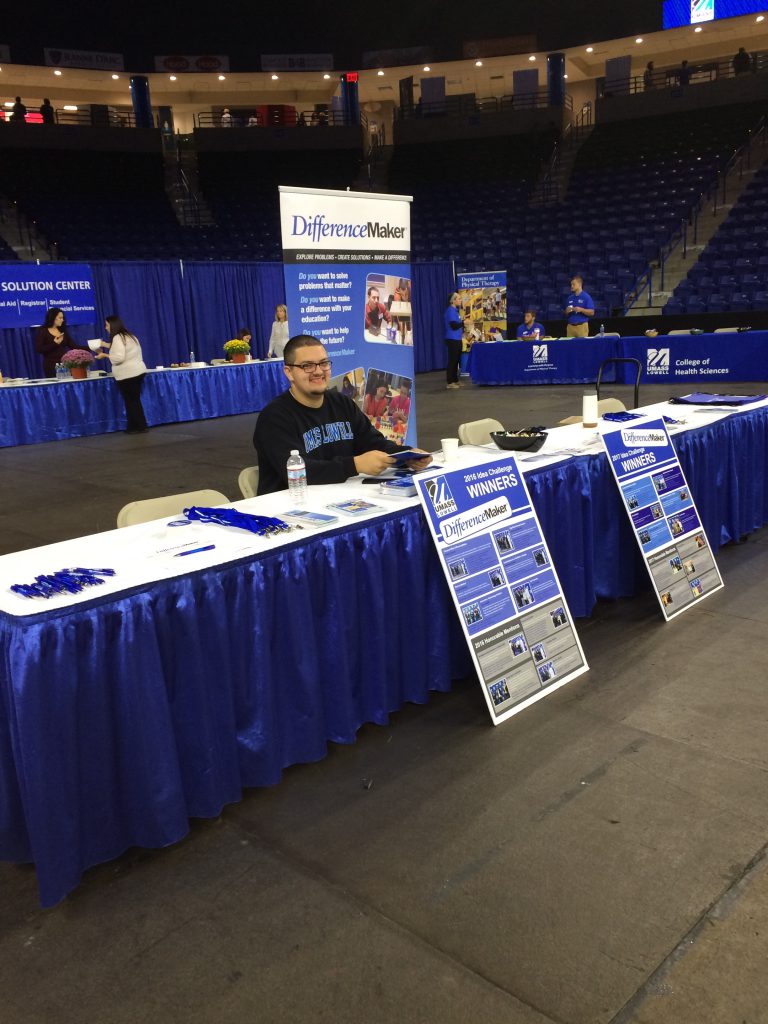