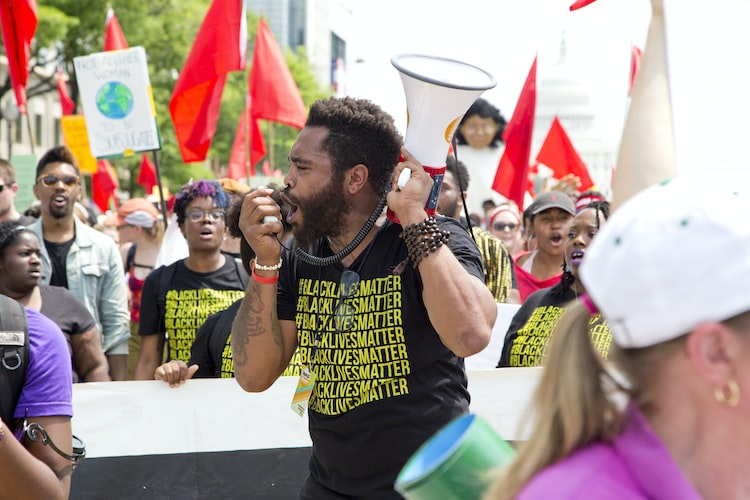 The 1960s have been known as ‘‘the era of the turbulences’’ across the world, including in the United States of America. The social turbulence rose due to a strong desire of people to reframe the social and even political apparatus of American society. Many social movements such as LGBTQ rights movement, anti-Vietnam war protests, and the civil rights movements—which were led by the prominent figures like Revd. Dr. Martin Luther King and Malcom X—emerged during this time. All these movements shared a struggle against issues such as deprivation of human rights, inequality and systematic injustices or oppression. These movements advocated for what Albee (1999) calls “improving the social-environment experience” (p.10). The improvement of such an environment could not be possible or effective without what an ecological approach, which is a holistic and integrative step that avoids blaming the oppressed individual, but rather that understands the societal structures that maintains or perpetuates such an oppressive hold (Albee, 1999). More recently, U.S. society has witnessed the rise of a new civil rights movement: Black Lives Matter. Under what condition(s) has this movement emerged? What is its significance? In what ways is it a transformative force to solve social or community problems that U.S. society is confronted with? These questions are explored in this blogpost.

Kelly (2006) observes that any society lives in conjunction with individual behaviors and attitudes. From this ecological perspective, Kelly (2006) argues that persons are affected by the social-environment as much as their social-environment affects their wellbeing (p.30). With reference to such an observation, it suggests or implies that Black Lives Matter was not created out of the blue. On August 9, 2014, an unarmed young African American man named Michael Brown was fatally shot by a police officer in Ferguson, Missouri. The video of that shooting circulated on social media, which erupted into nationwide indignation, anger, frustration, and paved the way for the rise of Black Lives Matter. Black Lives Matter has the expressed purpose of campaigning against broader issues of racial discrimination, police brutality, and racial inequality against African American communities. In the midst of that ‘‘millennial’’ struggle, the movement has been organizing rallies and marches. During their rallies and marches, the movement has quoted the names of the victims killed, by the police officers. For most people, these victims have been viewed as the inspirational epicenter of such a movement. For example, last words uttered by Eric Garner before he was killed in 2014, ‘‘I can’t breathe’’ went on to become one of the important slogans during these rallies and marches. Years of dehumanizing experiences, were not amenable to a healthy social environment, give rise to the Black Lives Matter movement.

As a movement, Black Lives Matter has been met with considerable resistance. This has taken several forms. For example, their tactics have been criticized. The movement has been accused of fomenting violence, such as burning cars or car tires and looting stores. Moreover, the movement has been accused of being ‘‘discriminatory’’ because “all lives matter.” The movement has also been considered as anti-police radicalism. People/groups who hold such a view also tend to criticize victims of police brutality, arguing that they did not comply with police interrogations or try to focus on “black on black crime.” These justifications of violence may be understood in terms of ‘‘culture-blaming action’’ Szalavitz (2018), whereby victims are not only held ‘‘responsible’’ but also called to justify their efforts to seek justice. Scholars such as Albee (1999) have observed that that evidence that bad or abusive experiences are hard to deny with respect to its long-term damaging consequences. In this context, the leaders of Black Lives Matter have framed their movement as a response to pervasive and systemic discrimination, which has denied the basic human rights and dignity to African American communities. These leaders have pinpointed abusive systems that violates human rights, which have persisted beyond desegregation. Specifically, systems such as criminal justice and law enforcement have never changed. To this day, African Americans, especially men, continue to be racially profiled as prone violence and confrontation.

As the protests continued, one of the then-Democrat candidates, Bernie Sanders’ speeches was disrupted by some Black Lives Matter members in Seattle during the primary presidential elections in 2016, in an effort to get him to address the topic of racial inequality. This is an example of how the movement uses tactics such as putting pressure on politicians to drive change and gain a voice in the mainstream media. The question is how far the movement can go? How does the movement seek to achieve the social change that it has been fighting for? At what costs? Or at what benefits? These questions can just continue to spark our inquisitiveness about the movement and how it intends to accomplish social change. It is also important to remember that ‘‘social change is not an end product but rather a process’’ (Rappaport, 1981; p. 3). As such, it is important to understand factors that contribute towards a progressive change (Kelly, 2006).  As it appears, the movement has been able to exert pressures on politicians to tackle the issue of police brutality. Such an action or approach suggests that social change, as an end, cannot be achieved without involving the political elites. As a result of such a pressure, law enforcement has put in place a policy that requires police to wear body cameras since 2015 in some states, in order to improve police accountability (Shira, 2015).  Though this policy comes with its own drawbacks such as infringement on personal or community privacy, it would be premature to deny or undermine the effectiveness of its outcomes. In light of this, it also appears that Black Lives Matter as a social movement is still exploring different tactics, strategies, or approaches to raise awareness of abusive treatment for all marginalized groups regardless of their race. More importantly and interestingly, it suggests that the movement has taken an ecological approach, which examines the structures that undermine the dignity of the marginalized groups and provides some preventive measures to empower and improve the social environment.

Given the current social context, which is also embedded in historical lens and has political implications, Black Lives Matter has surfaced as a new dynamism and social movement in the United States. As other prominent movements such as #MeToo movement or the LGBTQ movement, Black Lives Matter has been seeking to draw attention from the political class, particularly, to the respect of human rights and dignity for the African American community. In the middle of this new wave of social movements, it is important to remember what Rappaport (1981) observed: ‘‘social change is not an end product but rather a process (p. 3).’’  This new wave also suggests that the old apparatus of the American society is being challenged, and therefore changed insofar as Black Lives Matter movement remains engaged in its quest for the respect of human rights and equality.

Rappaport, J. (1981). In praise of paradox: A social policy of empowerment over prevention. American Journal of Community Psychology, 9(1), 1-25

Szalavitz, M. (2018). Why we’re psychologically hardwired to blame the victim. The Guardian. Retrieved from: https://www.theguardian.com/us-news/2018/feb/27/victim-blaming-science-behind-psychology-research

Check out students of Community Social Psychology’s poems about their own communities. 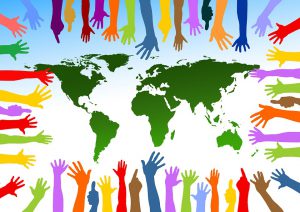 I am from a place smaller than a state of Texas… where snowy mountains and hot deserts exist, where hospitality means respect, where guest are always welcomed.

But I am also from a place where sustainability exists on the paper, where exit visa still remains (meaning you cannot leave a country without government permission), and where hosts may be punished by showing hospitality.

I am from a place where the literacy rate is 99%, where girls can study and go to universities, where women can have legal abortions.

But I am also from a place where tolerance for LGBTQ community does not exist, where yes, girls can study and go to universities but after marriage are not allowed to work and pursue their professional goals, where abortions are legal but sex is not.

I am from a place where culture, education, religion integrates but at the same time contradicts one another.

I did my first step to do a research, and be vocal about this place not because it needed it but because I love this place from the bottom of my heart.

I’m from Taíno and African culture,

I’m from poverty and where people starve to death,

I’m from government corruption and no media attention.

I’m from an island I’m so proud to be from,

But I don’t understand why it can’t be the place I succeed.

Because of that reality,

I strive every day to save my home.

I’m also from a nation that swears that racism in has been long gone, yet they elect a president that instead of condemning neo-Nazis says there were “fine people on both sides”

Nonetheless we have a choice to change injustices and keep the love; by first changing ourselves and teaching the new generation how to be better than us.

I’m from the land where the sky is blue, the sea is green, and all the saints rest by the bay

I’m from the place where suffering screams, despite the samba and waves

I’m from the beautiful mess where we laugh, and we sing despite the sad state

I’m from promised new world that still reflects the horrors of yesterday.

I just don’t get why it turned out this way

Like Prometheus, who took the risk for a brighter new way