I feel very privileged to get the chance to develop as a researcher, and, to develop myself through being in a new culture. One thing that I always regretted from my undergraduate studies was that I didn’t join any exchange programs. I’m thinking to myself, why didn’t I try a new school? Why don’t switch it around?

During my first nine years, almost nothing switched. I’m lucky I was born close to a good school. Otherwise, I probably would have been stuck in a bad school for 9 years.

Otherwise, I probably would have been stuck in a bad school for 9 years.

100%! But what also struck me was when they interviewed one of the boys in Eastside High school:

I couldn’t help myself from thinking of Muzafer Sherifs classicalRobbers Cave Experiment where you boys were the in-group formation and friction stage. It´s not in any way weird that students don’t want to disintegrate, does this mean that we should listen to them, of course not

Happily, there is a third step integration stage, or as I like to call it “The independence day effect”. Why? an external threat! all humans on earth come together to fight for a common goal and this is exactly what Sherif means with his third stage, the integration stage.

When groups in a state of conflict are brought into contact under conditions embodying superordinate goals, which are compelling but cannot be achieved by the efforts of one group alone, they will tend to co-operate toward the common goals. (Sherif, 1967. p. 452)

How can this be implemented in communities and schools? Well as it happens we do have an external and common threat, global warming.

But how should this project be put together, as always social psychology has the answer!

In the 1970s in Austin had a huge problem with segregation within schools. One school decided to call in an expert, that expert was Elliot Aronson, professor of social psychology. He soon saw the same pattern has Sherif, inter-group hostility. He came up with the smart solution of the Jigsaw Classroom. A strategy where students switch between different groups, in some group, they are the learner and in some groups, they teach others. But every small group always have a small common exercise to solve together. Genius

The results of the strategy are stunning, both regarding integration and learning.

Again, I think back to those first school years. The first nine years in school I was in the same class. Not much switching and change of roles! There should be. Why don´t even try to make the jigsaw classroom into a jigsaw community? Why not send students to short exchange programs to other schools in the community?

But remember. The students don´t want to do it. Responsible guiding is needed. This needs to be regulated. Chaos through regulation.

Marcus Lithander is a Ph.D student in Applied Psychology & Prevention Science at the University of Massachusetts Lowell. 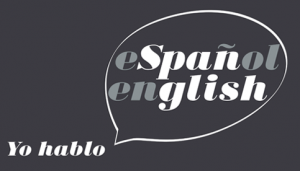 How come your children do not fluently speak Spanish like you do? When a person asked me this question a few years ago, I felt the need to stop to do some self-reflection to respond with a better answer than “It’s just easier…” I realized I was not raising my children to embrace my native language like my parents did before I moved to the United States. As a Latina mom who came to this country pursuing the so-called “American Dream” for the sake of her children, I knew that part of that dream would not be possible if I was not willing to fully-emerged using the most spoken language in this nation. However, as I was getting to know more immigrant parents and noticing how their children were being raised leaving their Spanish behind, I started educating myself to educate others along the way. In my journey, I learned that if some research has shown that bilingualism not only could get us a higher-paid job but also the possibility to improve our mental health, then why not to teach my children to speak Español. Nonetheless, the reasons why Latinx not follow these researches that easily could be due to one important matter: Inclusion.

A Sense of Community and Inclusion Despite our Accents

The Community Psychologists, Geoffrey Nelson and Isaac Prilleltensky (2010) claim that a community helps to “fill human needs for support and connection” (p. 37). However, when a group of individuals encounter discrimination not only based on their appearance but also their accent, this sense of belonging and inclusion could easily fade and involuntarily transform into cultural assimilation or isolation.

Pew Research Center claims that 65% Latinx (ages 18-29) have experienced discrimination or unfair treatment based on their race or ethnicity. As an example, one of the most popular job-search website states that employers tend to make judgments based on their prospective employees’ accents. “Not only may someone with a Hispanic accent be deemed ‘less educated,’ but someone with a British accent may be seen as ‘more intelligent’,” Monster claims. Thank goodness, the times are changing!

Whom from our ancestors would have thought that the Latinx population would be reaching nearly 58 million in the future (2016)? Just as Community Psychology has increased its attention to diversity and inclusion in “theory, practice, and training” (Nelson: 2010, p. 39), Latinx families ought to understand that the benefits of raising their children, with the inclusion of Spanish as their second language, are in more advantage than the contrary. I truly know and I feel guilty of taking this matter in a light way. “They will learn when they grow up…”

I started believing that exclusively speaking English to my children would help me improve my English skills, as well as -perhaps to avoid possible discrimination towards them. I stopped believing in my assumptions when I realized how valuable and rewarding is to embrace the language that best represents my culture, and started focusing on rescuing bilingualism.