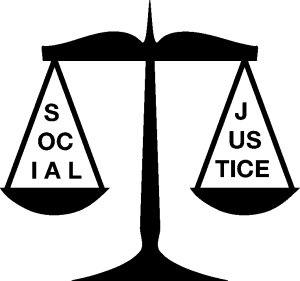 At the end of my interview for the position of graduate fellow at the University of Massachusetts Lowell’s Office of Multicultural Affairs, the director of the office asked me a question I had been expecting: why is social justice important to you? Knowing that question was coming, I rehearsed answers to it in the days leading up to the interview, but had trouble defining social justice in a way that explained my commitment to it. Instead, I muttered the first words that came to mind, saying “uh” many times as I tried to remember intelligent-sounding phrases about the importance of equality. In my mind, the answer instantly became a blemish on an otherwise successful interview, but it must have met the director’s standards, as I was offered the position. Still, that incident stuck with me. It revealed my lack of knowledge about a term I often use. While I can speak to my investment in many social justice-related topics quite well, I struggle to describe the overall concept beyond a basic formulation like the balanced scale presented in the picture above. I worried that this inability to articulate what a just society looks like would hinder my career goals of contributing to its pursuit.

It was a small comfort, then, to recently discover that my chosen field of community psychology is also unable to produce a clear definition of social justice (Gokani & Walsh, 2017). Apparently, I am not the only one who cannot decide on the specifics of a just society! Some prestigious community psychologists share my simultaneous commitment to social justice and confusion over its meaning. However, reading the article that relayed this information also dispelled my hopes that my education in the field would dismiss my worries around my ability to contribute to social justice in my career.

In that article, Gokani and Walsh (2017) also suggest that community psychologists should not make social justice a goal of their work, but instead pursue this end as private citizens. At first, this notion bothered me, as I had always hoped to use my career to advance this cause. In retrospect, though, those authors’ ideas are much more sensible. My hope to contribute to community psychology as a scientific field necessitates the ability to operationalize the concepts with which I am working and study them in a concrete manner. In the case of social justice, this will be impossible as long as I am unable to adequately define it even in the abstract. This does not prevent me from studying the concepts I believe are social justice related, however. For instance, I can operationalize racial discrimination in the education system by looking at the differential rates of school punishment for students of color as compared to their white counterparts. Research like this, in turn, will influence my opinions and actions as a private citizen, allowing me to more emphatically and persuasively pursue social justice in this realm of my life. Perhaps, with enough research, I will be able to formulate an operationalized definition of this concept. In the meantime, I can be content to investigate related topics in my work while advocating for social justice as a citizen.

Jeremy Laporte is a graduate student in the Community Social Psychology department at the University of Massachusetts Lowell.

In a few weeks I will be co-facilitating a Community Circle at UML as part of Your Voice Matters (www.yourvoicematterslowell.org), a coalition of Lowell Public School representatives, students and parents and many local community-based organizations and non-profits who are interested in engaging additional community members to work together in new and different ways to improve Lowellâ€™s schools.

After almost a year of planning and working with coaches from the Nellie Mae Education Foundation, the grant awarding agency supporting this work, approximately thirty people are trained to facilitate circles around the city in an attempt to create engaging and safe spaces for community conversations about education in Lowell, identify strengths, clarify themes and areas for improvement and to ultimately work collaboratively to set priorities for future work.

This approach is different from others that the city may have seen in the past and is in line with the guiding principles and intervention methods used in community psychology where it is assumed that community members know what they need and should be active and central participants in the process of identifying what is and is not working in the community. Who else, but the members of the community can help others to better understand why students do, or do not succeed in Lowell schools.  The objectives of these circles is to build trust and connect a variety of people, help people respect each other and listen to different ideas and help people find common ground for solutions and action when it comes to education.

Lowell’s rich history as an immigrant community creates a unique challenge in that there are so many different cultures represented within the city.  Julian Rappaport (1977) identified the value of cultural relativity and diversity as a central theme to community psychology, so as not to compare people to a single standard.  Now that registration for the circles has launched the real work begins because while all voices are important the goal is to hear from members of the community who are often times underrepresented and sometimes not represented at all.  It is so important for those that may not have had an opportunity to speak up in the past are included in these conversations.  Following the community psychology belief that people cannot be understood apart from their environment, the only way to know about the experiences of these community members is directly from them.  How do we access all of these different voices?

Community Circles are being held at different times throughout the day, at different locations around the city and will include food.  Interpreters and childcare will be provided as needed. Facebook and social media is being used to spread the word and encourage folks to register for a Community Circle, a flier will hopefully be heading home next week with every Lowell Public School student, 14,416 to be exact, community organizations involved in the coalition are spreading the word to their members and posters advertising the events are going up throughout the city, but what else can be done to reach the people that need a seat at the table and their voices to be heard?  And how do we know if we have reached them all?

Hopefully as this work continues and more community members become involved, the word will spread and more people from different cultural pockets around the city will engage, so that one day all voices are heard.  By engaging these community members, better understanding the environment these folks are living in and the experiences they have had with Lowell schools, the hope is that the community can continue to develop and strengthen resources that will enable all Lowell students to succeed.

Hilary Clark is a graduate student in the Community Social Psychology department at the University of Massachusetts Lowell.

The spring and summer of my junior year of college I participated in a community art mural project. The project was organized by my Community Psychology professor, whom I had taken the course with. The community we were painting the mural with, however, was not the university’s, but the local state hospital’s. This local state hospital at the time, (policy has since changed), was a mental health institution for inmates, inmates awaiting evaluation, or patients who committed crimes but were not found guilty due to mental health reasons.

The goal of our project was to facilitate a feeling of belonging and unity in the state hospital community. Community psychologists are concerned with creating opportunities where community-level changes can happen, instead of individual changes, which is a large portion of mental health patients receive (Nelson & Prilleltensky, 2010). We did this by creating an open discussion to the patients and inmates, and listening to what they wanted to see created onto the mural. Listening to what they wanted was important, because they have a better knowledge of what their community looks like. Community psychologists want participants in their projects or interventions to know that they are the ones who are the experts of their circumstances, not the psychologists (Nelson & Prilleltensky, 2010). This also gave them the opportunity to have control over an outcome, and be more collaborative with one another.

As a student we usually learn that you can study a subject, and in the end we have a lot of knowledge that we can use to practice in our field. Learning about Community Psychology has taught me that that is not always the best practice. As outsiders we could have imagined what it felt like to be incarcerated, and what type of mural could have alleviated those feelings, but the importance of the project was for the patients and inmates to create their own vision of community. For example, the wall chosen to have the mural painted on was in the last room the patients and inmates were in before they went into their court hearings, so they wanted the mural to bring peace and serenity to them when they looked at it. We as the outsiders would have never known that if we had never inquired what they wanted, and/or needed. They decided we would paint a scene of a beach paradise at sunset. They even found a way to represent themselves into the mural by painting flamingos on the beach, because a flock of flamingos is called a “community.” The paradise theme was also representative of their goals, which was to be able to relax and be at peace.

Unfortunately, there was no evaluation in place to prove whether or not our project was truly successful. I could personally see a transformation in the way the inmates and patients communicated with each other and their staff as the project went on, but I do not know if those were long-lasting effects. I was also able to see a change within myself, and how I examine and recognize where knowledge derives from.

Titlow, B. (2014). A flock of Greater flamingos feeds on wild shrimp in an estuary in South America [Photograph]. Retrieved from http://blogs.tallahassee.com/community/2014/09/21/greater-flamingos-just-lawn-ornaments-in-the-us/