We helped the Robinson Middle School team up with the brand new UMass Lowell astronomy Club for a star party last month. Christian Hill Reservoir overlooking Lowell was the location, high , clear, and cloud free, and a LOT of telescopes. 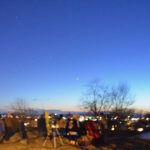 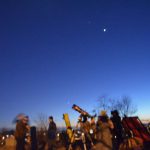 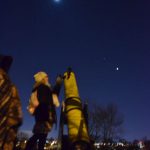 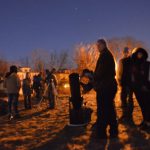 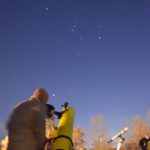 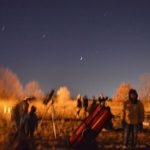 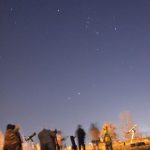 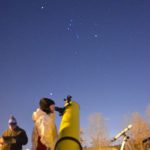 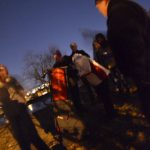 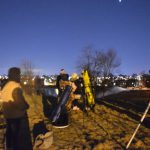 William Clockedille, president of the new club brought half a dozen of the club members (some of whom have some serious optics), including Paul Courtemanche – telescope maker extraordinaire – who brought a double-barreled 8-inch binocular scope and a long-focus newtonian planetary scope both prize winning instruments in the high-fidelity world of amateur telescope making

Robinson Teachers including Mr Bishop and Ms Sanborn brought hot chocolate, and a high degree of enthusiasm to the freezing night.

We hope to do much more of this as the heath worms up!

Recently Astronomers Krystof and Monica Kaminsky of the Poznan Observatory visited UMass Lowell. They spent the day at LoCSST and the Physics department, and presented a talk on their Global Astrophysical Telescope System (GATS).  We hope to collaborate the them in this project using the Schueller Telescope.

In the evening the Kaminskys along with guests including Dean of Sciences Mark Hines, and Assoc. Dean Supriya Chakrabarti, toured the Scheuller Observatory with Prof. Laycock, and enjoyed a dinner given by Susan Schueller in her lovely home. 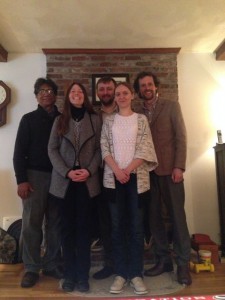 Profs. Kaminsky & Kaminsky measure the surface motions of nearby stars using   telescopes equipped with high-resolution fiber-fed spectrographs, that they and their team designed and built.  Believe it or not, many (perhaps all to some degree)  stars (including our Sun) pulsate or vibrate constantly. By exploiting the doppler-effect the Kaminskys’ spectrographs are able to measure the velocity of the star’s surface as it pulsates. Many different pulsation modes can exist in a star simultaneously, (just like the vibrational modes of a violin or a guitar) and these vibrations reveal the interior structure of the star!

It turns out that a telescope at a single site can never capture a complete picture of the vibrations, which span a huge range of timescales, because a star is only really observable for about 3 hours as it  passes though the clean clear zenith region of the sky above our heads. The Kaminskys’ solution is to put spectrographs in different time zones at similar  latitude so a single star can be observed continuously for many hours.  The Schueller observatory is located 5 hours West of Poznan, and 3 hours East of Arizona where the other telescope is located – plugging a big hole in the coverage zone.

The Kaminskys seemed impressed with the Schueller observatory and recommended that we invest in an automatic opener, and pursue remote operation, which has been the key to making their own observatories so productive. After that, we will work together to build a radial velocity spectrograph following their design. – And start taking the pulse of the stars!

Recent UMass Lowell Physics graduate Kate Oram came to the Bres’ with Tom, Andy and Prof. Laycock. Kate described her amazing work at UMass, and now the engineering company “L3” where she works as an optical engineer. Kate designs and builds spacecraft that hunt for alien planets, scan the earth for forest fires, study the sun, and one has even flown to Pluto! 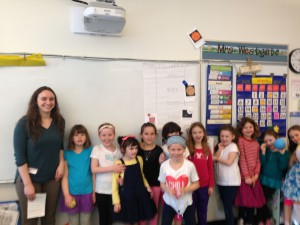 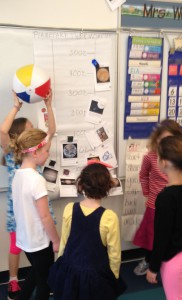 Mrs Westgate’s class  made a giant thermometer and put the different planets in order from coldest to hottest. They even added in some ice cubes and soup for comparison! 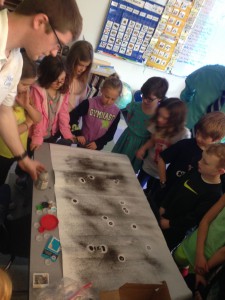 The magnets are hidden beneath the table, and scattering iron powder reveals them, and a whole slew of strange swirls and lines. We discussed how birds can “see” these patterns and use them to find their way on migration. 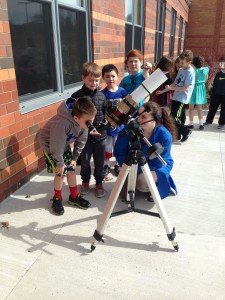 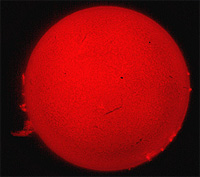 Kate helps Mrs Hoiseth’s class look at the Sun through  a special telescope. They see loops of flame leaping from the Sun’s surface, and dark spots where the surface is cooler. Both are patterns caused by the strong magnetic field of the Sun! Its just like the iron power patters -but waaaay hotter…….

March 10th, Jun and Silas visited Mrs Hoiseth’s class. We made telescopes from lenses and cardboard tubes, and then tried to recognize different planets at the far end of the corridor! 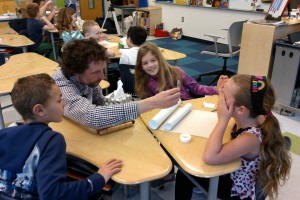 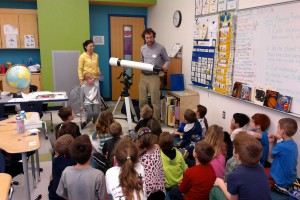 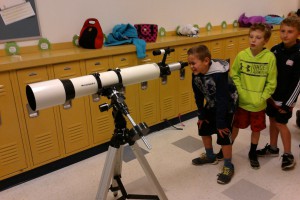 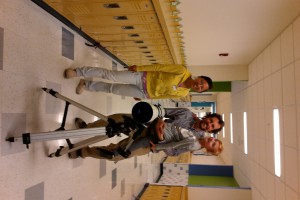 While taking the telescope for a shake-down cruise last week, students Pat and Logan obtained these images of the iconic Horsehead Nebula in Orion. Dark clouds of dust are silhouetted against a glowing background of hydrogen gas. 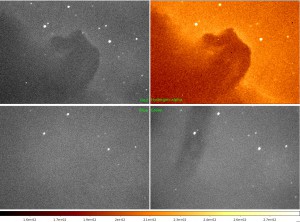 Main item on the night’s list of activities was learning how to create a multi-star pointing model for the telescope. The scope slews automatically to a series of locations in the sky, and at each one, an image is taken with the CCD camera, the stars in the image are automatically identified by software (practically by magic to someone who remembers doing this by hand not so long ago!), and the exact pointing of the scope is computed.

After 20 or so positions in the sky have been mapped in this way the software computes the pointing model. This is a big matrix that maps the telescope mounts drive motors and encoders onto the celestial sphere. It takes care of flexure in the mount, discrepancies in the motor drives, gears, and a host of other factors.

End result?  – we commanded the scope to find the Horsehead Nebula, took a long exposure in the Red filter, and there is was!

If you look at the 4 panels in the image, you’ll notice the at the Horsehead is only visible in certain wavelengths of light, and only with very long exposure times. So being able to point and track is essential