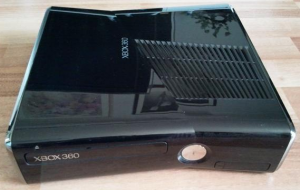 The newer model of Xbox 360 slim with the square case does work properly on the wireless network: 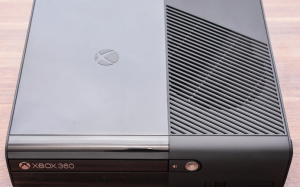 Topics include mobile security, phishing, social engineering, intellectual property, and more. Registration is required ‘ visit http://www.massachusetts.edu/isocevents/lowell
Learn how to fight back and defend yourself against these common threats!

If you are unable to attend this event in person, we will be streaming live at http://gse.uml.edu/sileo

The US-CERT has issued Shellshock as a critical vulnerability affecting Linux/UNIX operating systems and Apple’s MAC OS X. According to the US-CERT, if exploited, this vulnerability gives attackers the ability to remotely execute shell commands by attaching malicious code in environment variables used by the operating system.

Please read the attached link from the National Cyber Awareness System. Note this vulnerability is getting significant traction in the cyber security circles. Our Intrusion Prevention System (TippingPoint) filters have been updated as of 6:00a this morning, and we’ve been seeing increased activity throughout this morning.

Patches have been released to fix this vulnerability by major Linux vendors for affected versions. Solutions for CVE-2014-6271 do not completely resolve the vulnerability. It is advised to install existing patches and pay attention for updated patches to address CVE-2014-7169.

As of this morning, Apple has not commented on this vulnerability. Although individual workstations are not the primary target, we will keep an eye on this thread as more information becomes available. Please forward to staff who may have responsibility managing Linux-based systems.

2. Allows the use of a cross-platform utility named ‘XpressConnect’ to easily configure the wireless settings and connect from your device.

Additional information and connection instructions can be found on the wireless access page here: Note:

Background
UMass Lowell has used the Infoblox network infrastructure appliances for over five years. The Infoblox product and architecture is the best in the business, with a rock solid reputation for reliability and security that Microsoft simply cannot match. We are migrating our DNS services in order to provide a more robust, scalable, and standardized DNS architecture for our growing campus needs.

Information Technology will update all DHCP scopes reflect the new internal DNS server IP addresses of: 129.63.1.1 and 129.63.251.230. During this process, we will also be pruning our external DNS records so that only public-facing IP addresses (129.63.X.X) are resolvable from the internet.

Which records are being pruned
A (host) records with a Private Addresses (10.x.x.x)
SRV (service) records for VoIP phones

Unaffected systems
Systems you do not have to worry about are.

1. Notebooks and Desktops, or anything else that automatically gets its IP address from DHCP.
2. VDI workstations (these are all configured for DHCP)
3. Devices that do not communicate with anything outside of their local subnet.

If you have any questions, please contact Kevin Smith at 978.934.4769 or via email at Kevin_Smith@uml.edu

A very serious security vulnerability has been identified with Microsoft Internet Explorer browsers that could severely impact systems. The vulnerability was classified as a zero-day exploit as there are presently no available patches to address the security flaw. Microsoft is aware of the vulnerability and has released a security advisory to track this issue. Threat actors are actively using this exploit. This is a significant zero-day exploit as the vulnerable versions represent about a quarter of the total browser market. All versions of Microsoft Internet Explorer appear to be vulnerable. UMass Lowell Information Technology (IT) is monitoring the network for signs of this particular exploit. In the meantime, we strongly urge everyone to use other Internet browsers if possible. Examples of browsers to use are Mozilla Firefox, Apple Safari and Google Chrome. If you do not have a secondary Internet browser on your system, please contact the Help Desk and they will assist you in downloading an additional browser.

What else can we do to protect ourselves?

UMass Lowell IT recommends all users refrain from using Internet Explorer at home or at work until an approved patch has been applied. UMass Lowell IT will see that the patch is applied for all Windows systems on Active Directory. You should take the necessary steps to apply the approved patch one it becomes available on all other personally owned Widows devices.

Don’t be lured by Phishing

This particular vulnerability is exploited by visiting nefarious and fraudulent web sites. Remember never, ever click on any link or open any attachment that is sent to you via email unless you know the individual or entity and were expecting the message and the attachment or link.

What if I have a question?

If you have additional security concerns, please email itsecurity@uml.edu