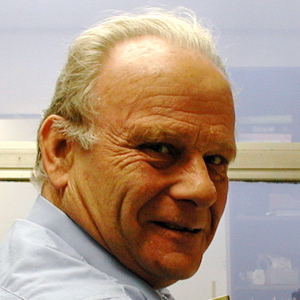 Professor Alan Doerr, one of the longest serving professors at UMass Lowell, passed away on October 14, 2018 at the age of 80. Al retired in 2016, completing a career that spanned the entire history of the UML Mathematical Sciences department.

A Lawrence MA native, Al started his career as a high school mathematics teacher in New York City in 1960. After earning a graduate degree from Hunter College, he was hired as part of the Lowell Technological Institute’s Physics Department. Soon afterward, he was among the physics faculty who became founding members of the Mathematical Sciences Department. He was instrumental in creating both undergraduate and graduate degree programs in the department.

From 1976 to 1987, Al chaired the department as Lowell Tech merged with Lowell State to become the University of Lowell. After completing four terms as chair, he spend another twelve years as associate chair, during which the institution became UMass Lowell. He also was a coordinator in Lowell’s Continuing Education program from 1966 to 2015.

Al’s mathematical interests were primarily in Linear Algebra, Abstract Algebra and Discrete Mathematics. He taught courses in these subjects countless times, but taught virtually every course in the curriculum except statistics (which he admitted to disliking). In 1985, he co-authored Applied Discrete Structures for Computer Science, with his colleague, Ken Levasseur. The book was successful in the 1980’s and has been re-released as an open content text that is currently used at several universities. In 1994, he also coauthored College Algebra and Trigonometry with Leonard Andrusaitis and Ken Levasseur.

The department hopes to establish a scholarship in Al’s name in the near future. As of January 1, 2019, we have raised almost half of what is needed to establish an endowment.   If you’d like to pledge any amount, please contact Ken Levasseur.