Twenty-four UMass Lowell students competed in the 2015 William Lowell Putnam Mathematics Competition on Saturday, December 5. The competition took place concurrently throughout the US and Canada. Normally, around 5,000 students compete each year. There were two 3 hour sessions, each with six problems. As usual, the problems were tough. The consensus of students at the end was that this was the easiest.

Thanks to the Honors College for providing refreshments for the students on the day of the event.
Results are normally announced in late March. 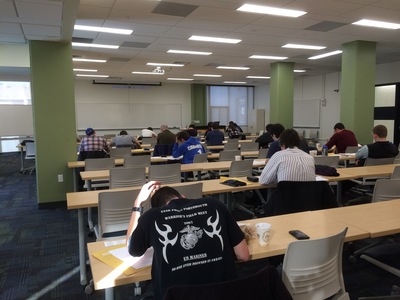