Next on the list was a weekend trip to 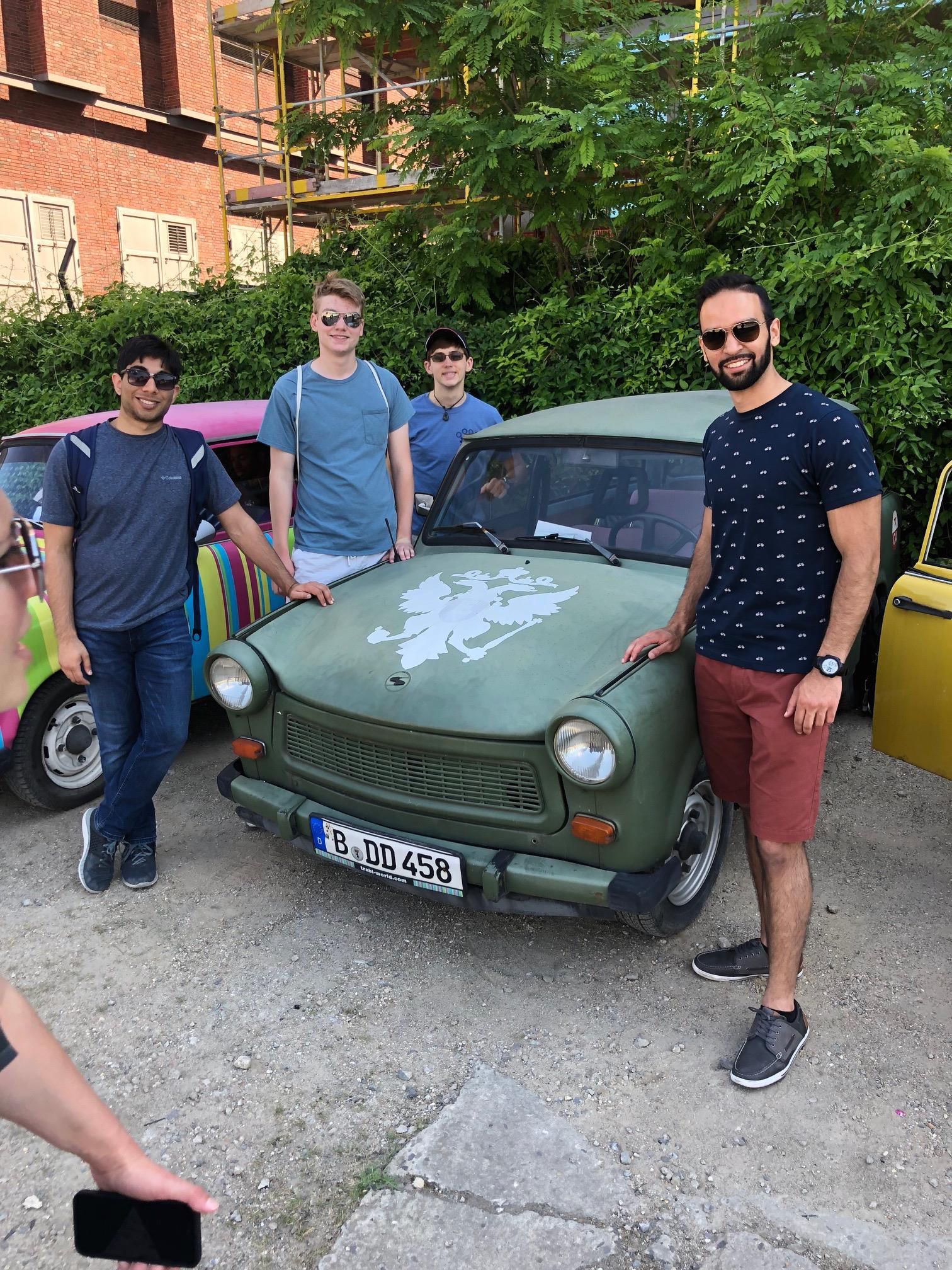 Berlin, we took a 7-hour train to get there from Pforzheim. Once we arrived we tried to make the most of our time, so we cleaned up a bit then went out to explore the surrounding area. We found a mall close by and had dinner there, then came back to a park near the hotel and enjoyed the weather outside. Our schedule the next day was packed. After breakfast we were surprised with a tour of the city in classic Trabants; the best part, WE DROVE THEM. The cars were manuals so only a small number group could drive them, luckily, I was one of them. This was such a highlight of visiting the city, it was so much fun driving around in these tiny classics. 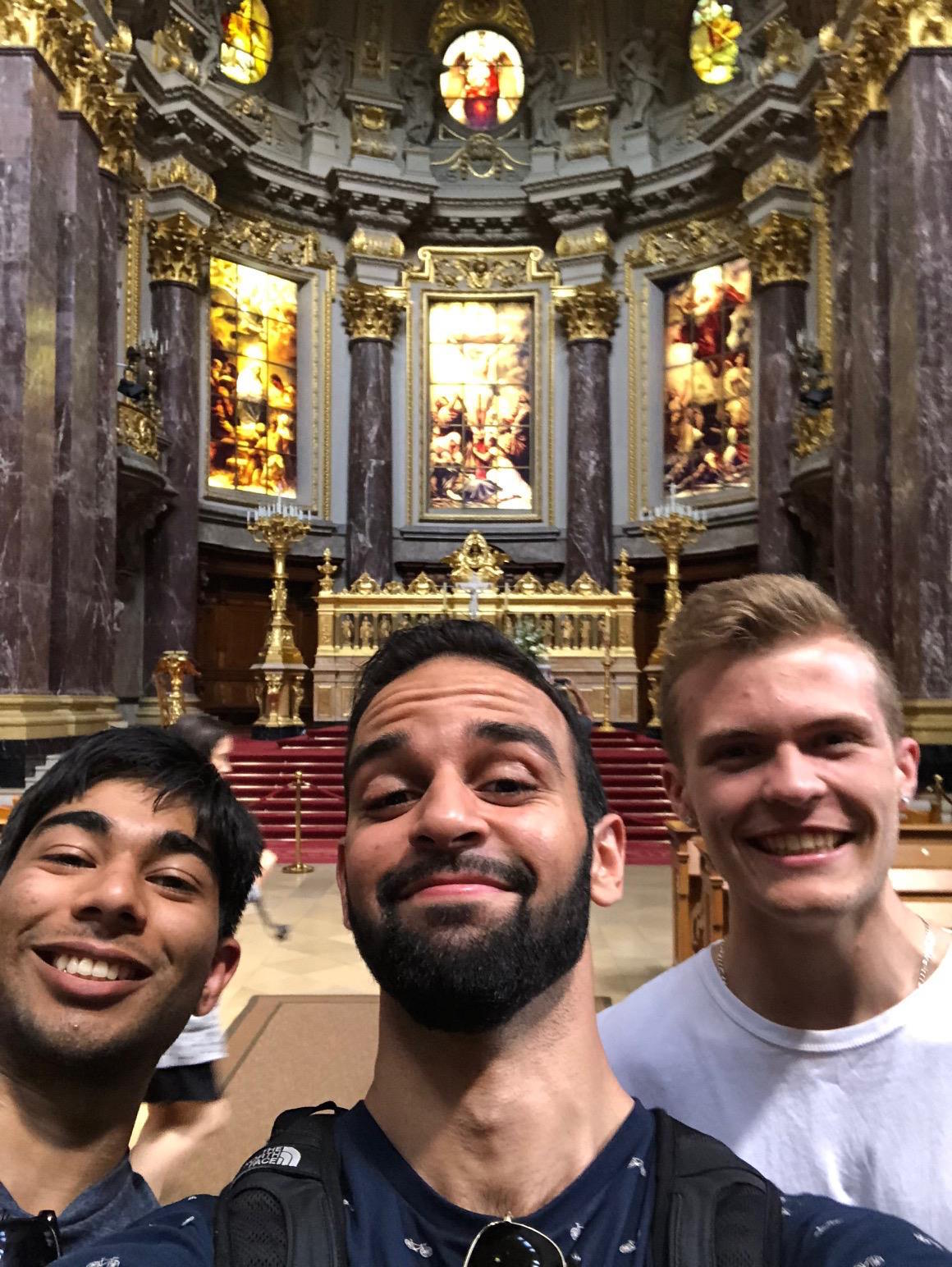 We continued touring the city, first we relaxed at a beautiful open beach bar in the middle of the city for a few hours, then we headed to Berlin Cathedral and had some time to explore there; stunning architecture with plenty of history to read about. We climbed up top and were welcomed by beautiful views of the city, then continued down to the basement where the caskets of royals could be found. 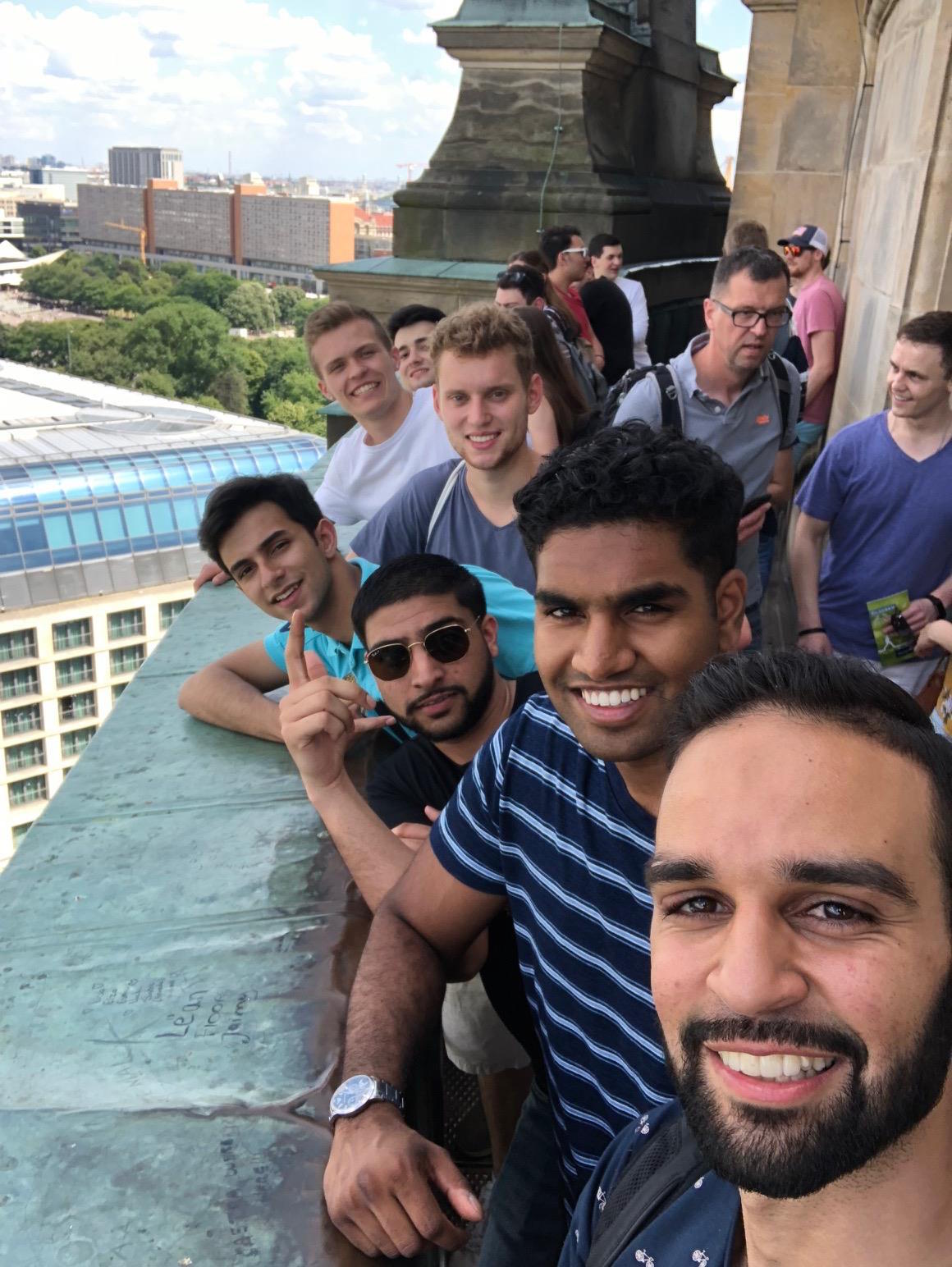 Afterward, we headed to the Holocaust Memorial. This was an emotional setting for a good portion of the group. We explored the museum quietly and individually. The memorial outside was unlike anything I’ve experienced before. You look at it and wonder how this represents the Holocaust, but the artist was trying to induce stress and anxiety as you walk through the maze; it certainly makes you think as you’re walking through. 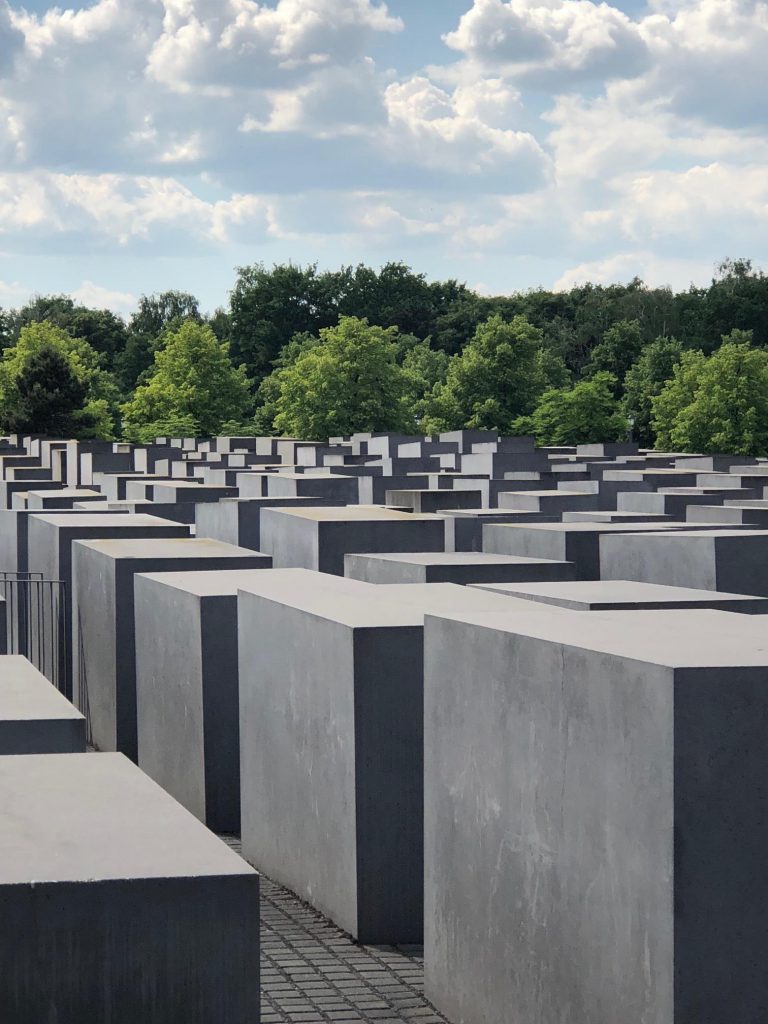 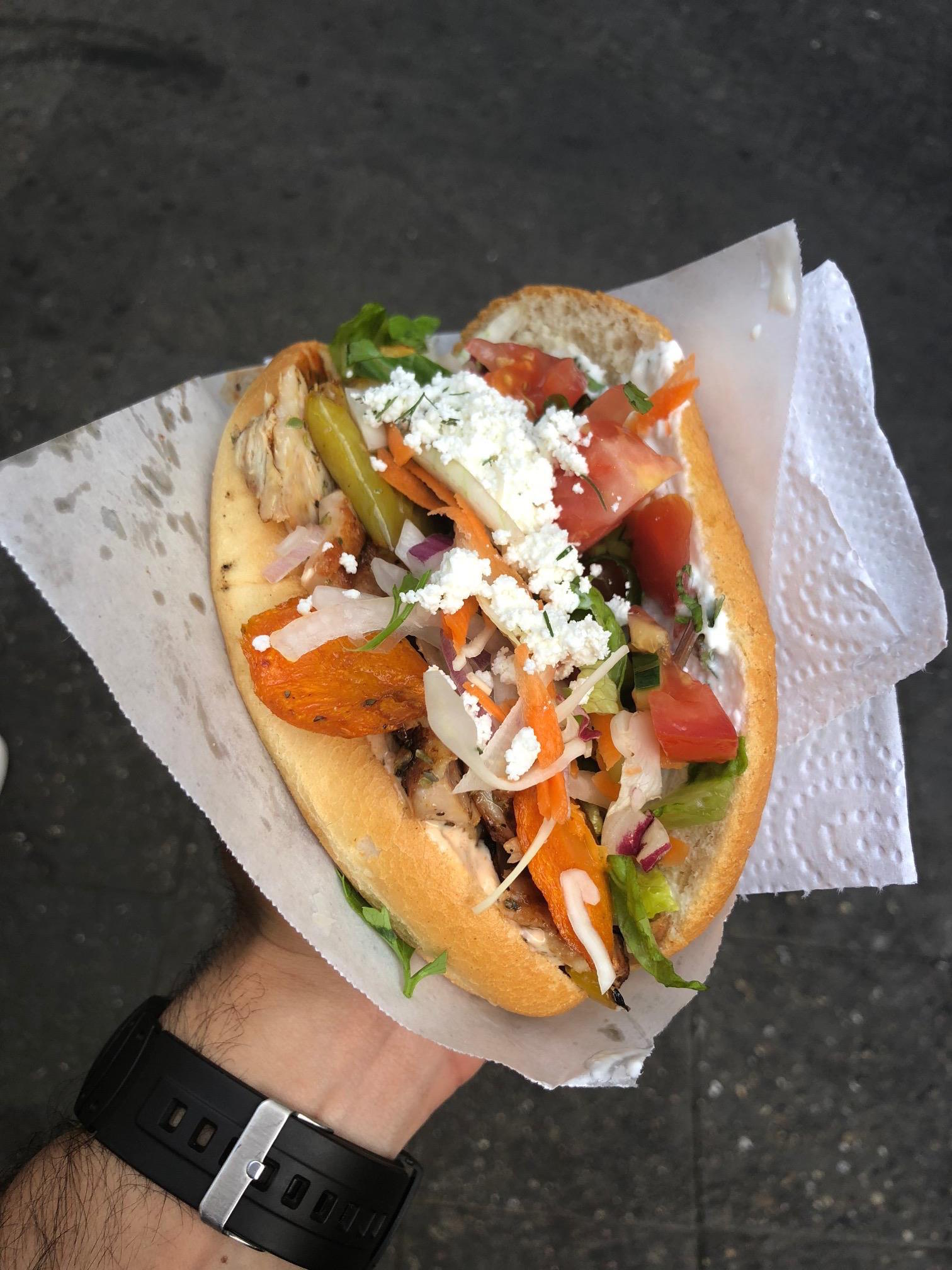 Time for lunch! After a long day, we were forced against our will to Mustafa’s Gemüse Kebap (be warned, there are two in the city, the real one is the food stand). Apparently, this was known to have the best döner sandwiches in Berlin; the lines can extend for wait times up to 1:30, which I thought is a bit insane for a sandwich pretending to be shawarma. Anyways, we arrived, and luckily the line was short. The sandwich is good but I probably wouldn’t wait much longer for it. If you haven’t experienced this type of food before its worth sticking around I would say. Afterward, we went to a Biergarten by the river to relax before heading back to the hotel where we watched the Champion’s League Final. 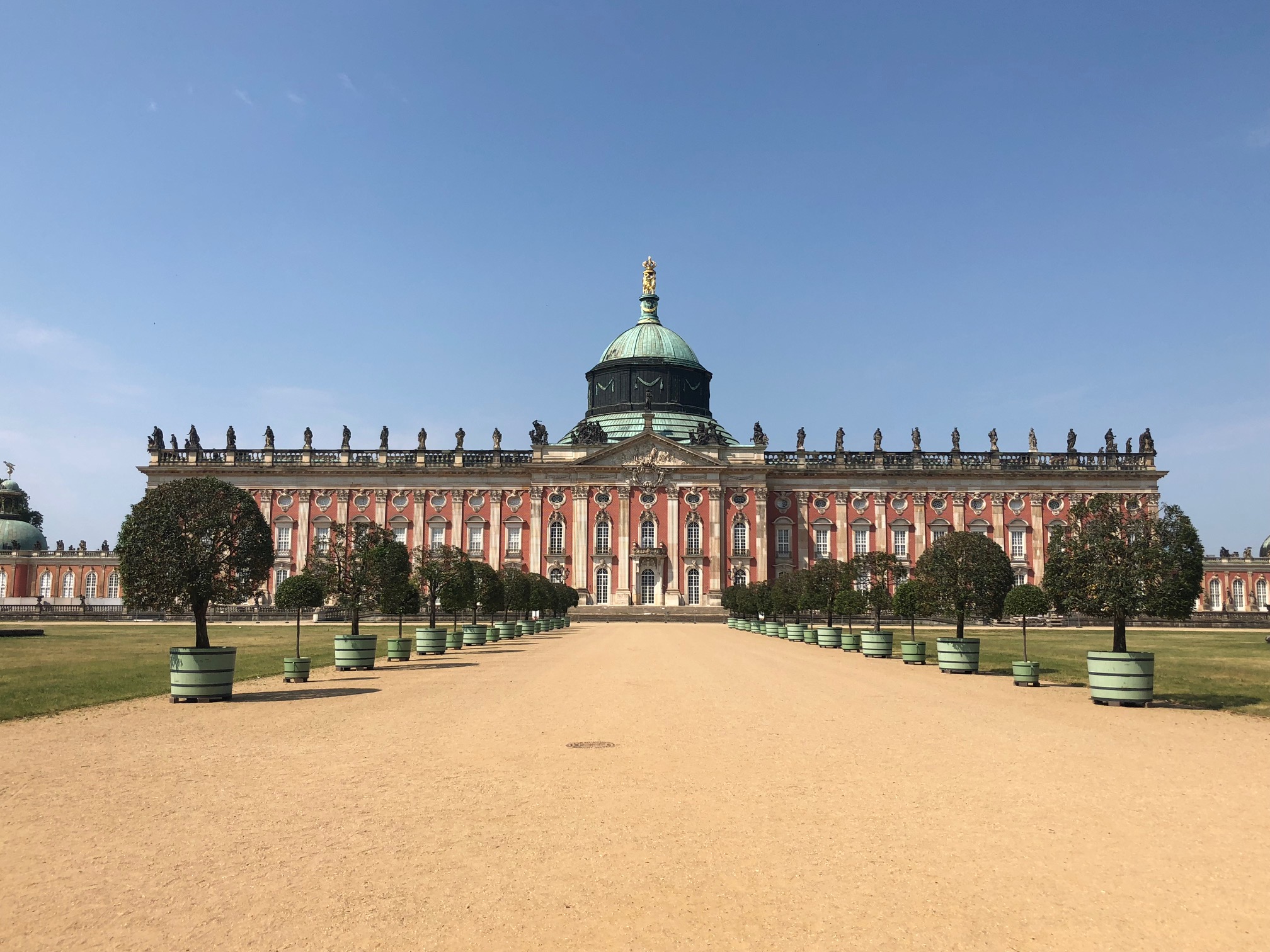 The next day we visited Sanssouci Palace in Potsdam. We spent the entire morning going through a tour of the palace, which was unlike most palaces I’ve seen before. It’s not uncommon for kings/royalty to spend excessively on their homes, but this reached a new level; the materials, the space, the design, the collections of art, nothing was left to lower quality in this place. One very interesting point: one wall contained writing from Russian soldiers during WWI telling the Germans to leave, I wasn’t expecting to see something like that, really cool! 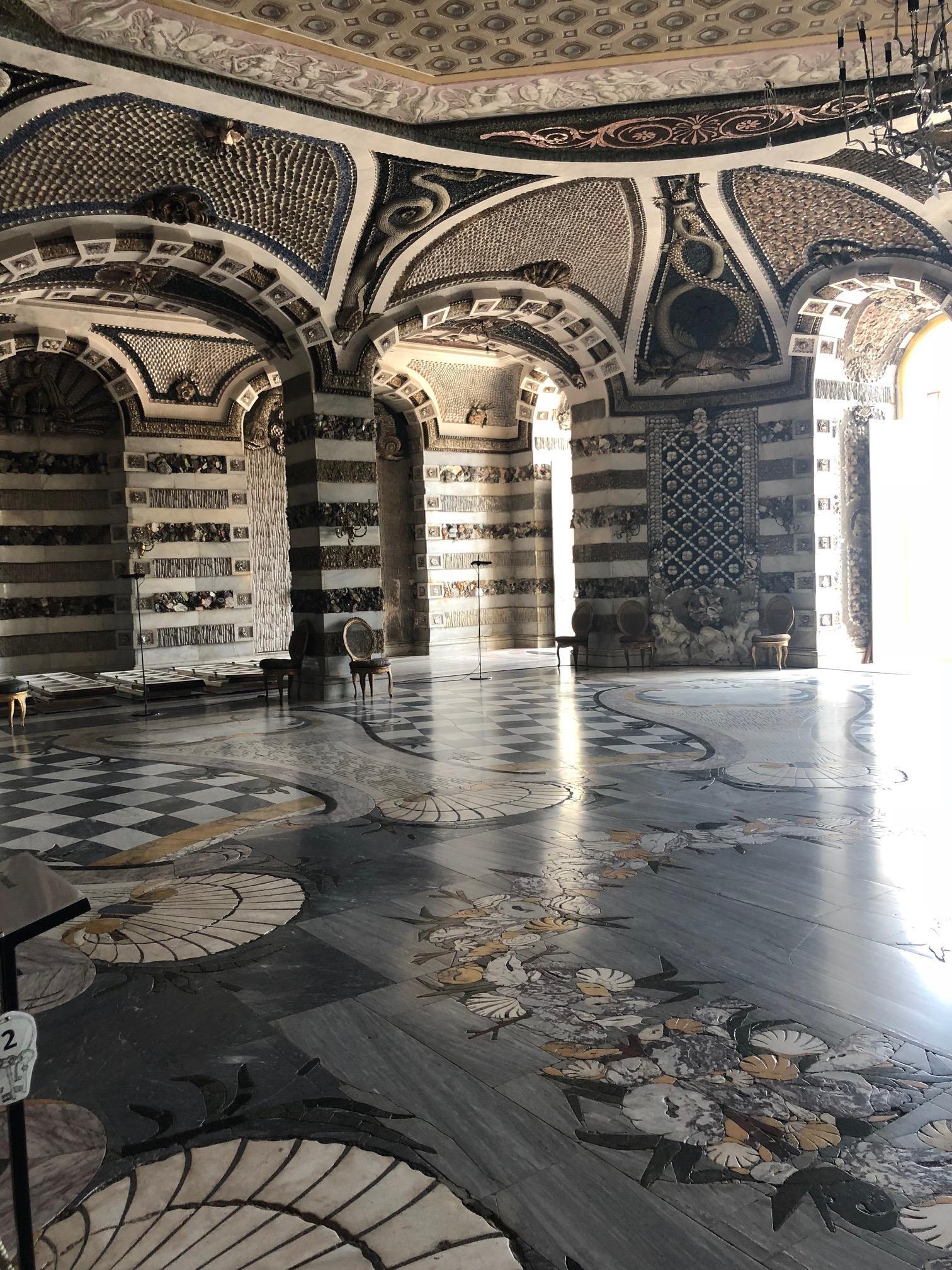 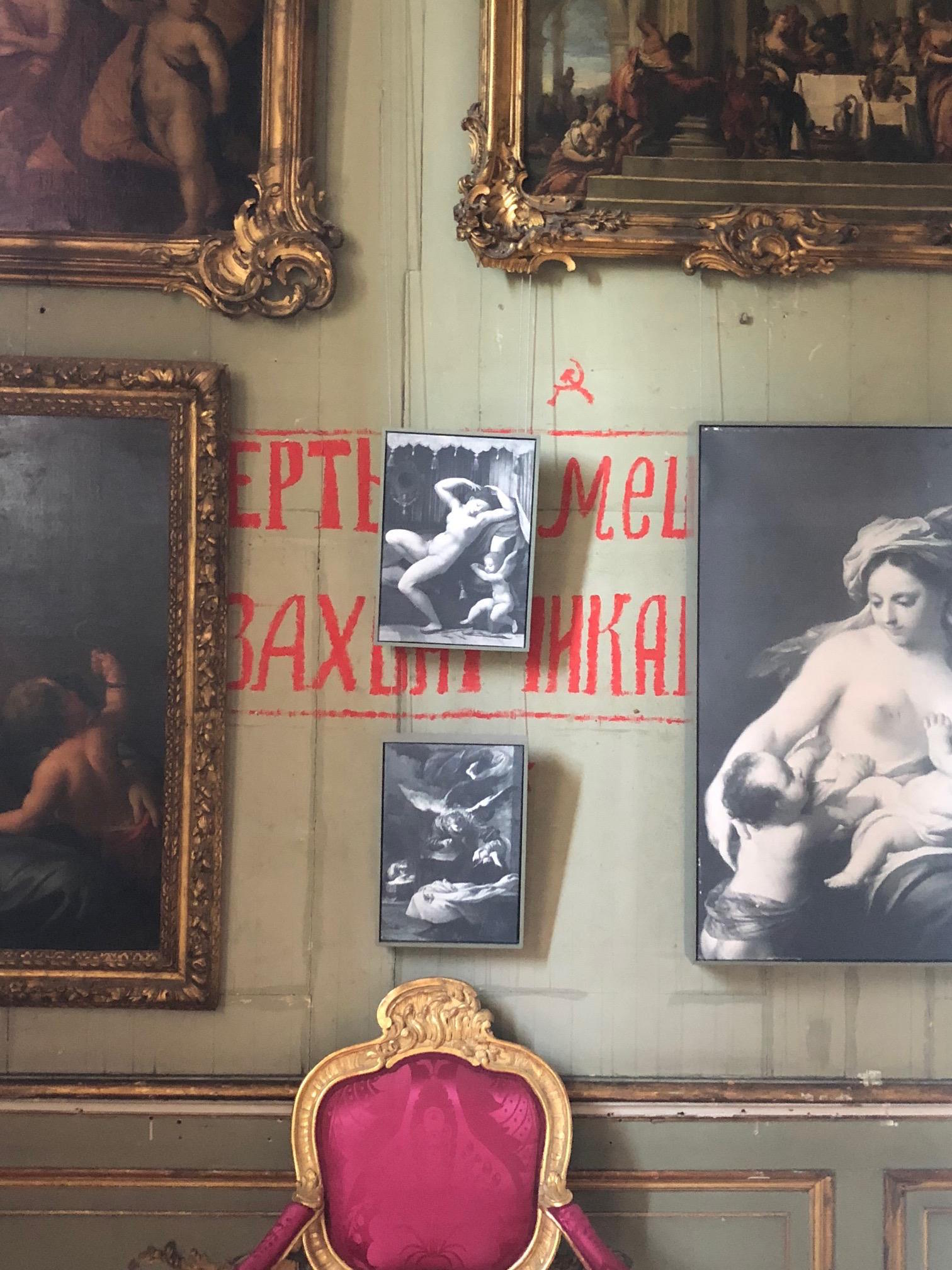 After the tour, we had lunch in the Biergarten 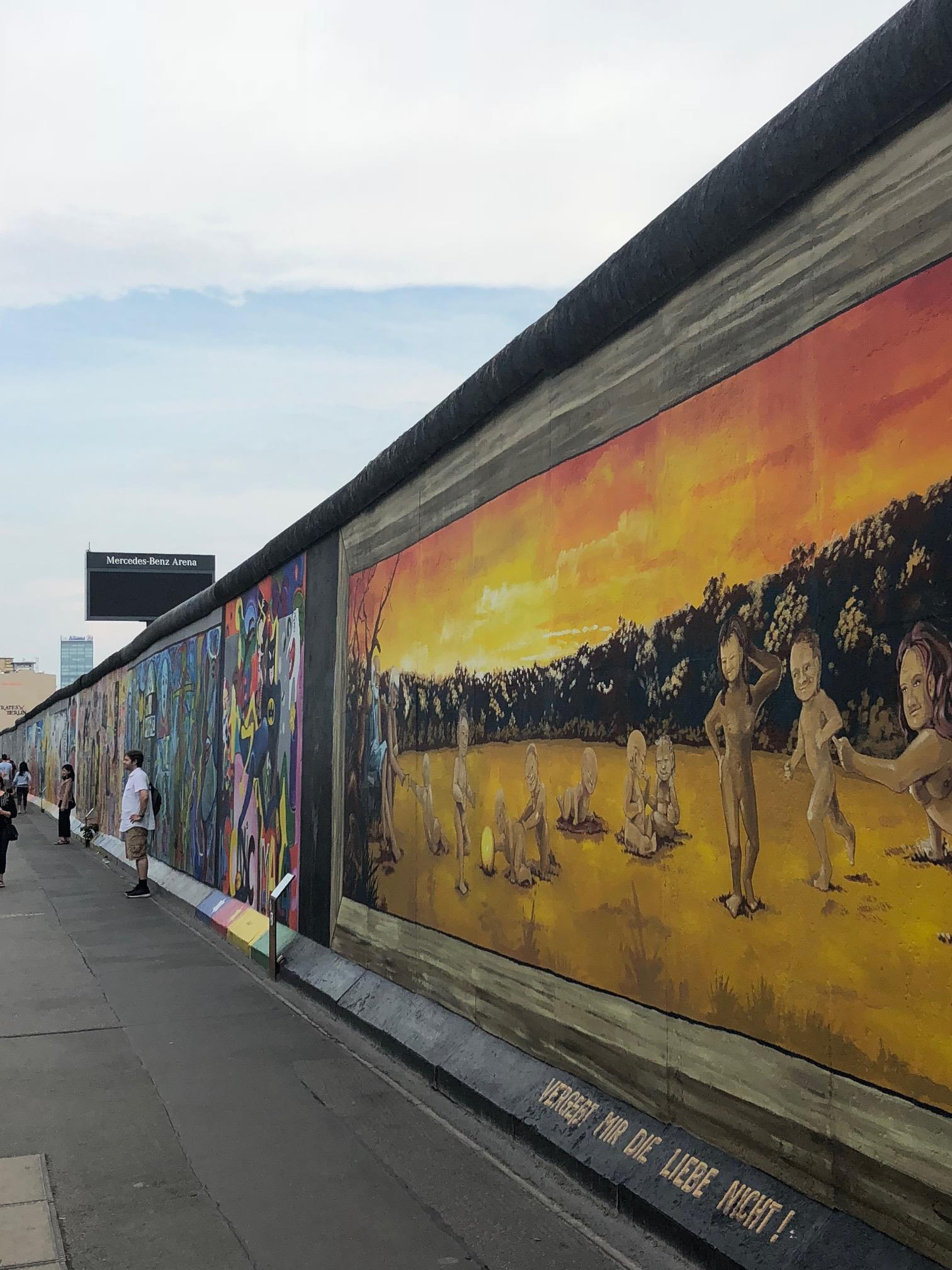 in the park and headed back to Berlin. Upon arrival, we walked along the Berlin Wall Art Museum. A small group of us branched off to get dinner a restaurant called AMRIT as per recommendation from a friend; it was some of the best Indian food I’ve had. Finally, we headed back to the hotel to relax outside in the beautiful courtyard. The next day we visited the Reichstag Building for a few hours where we explored the political history of the Berlin. Finally, we ended our stay with a boat tour around the city.

THAT’S IT FOR BERLIN! 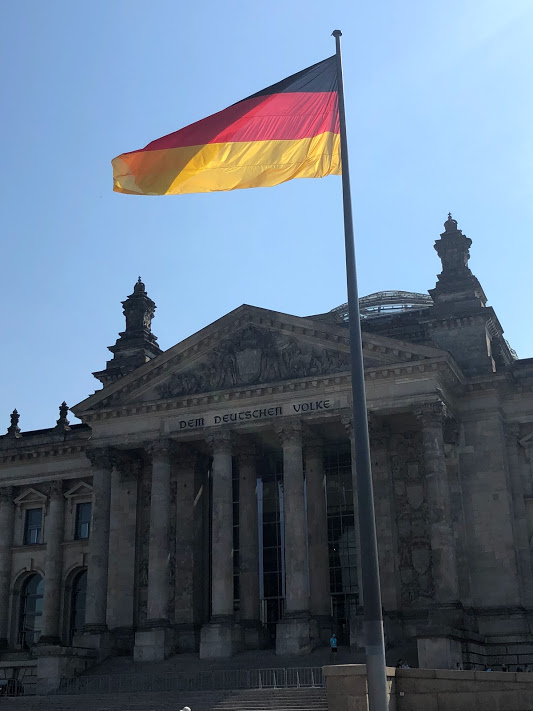 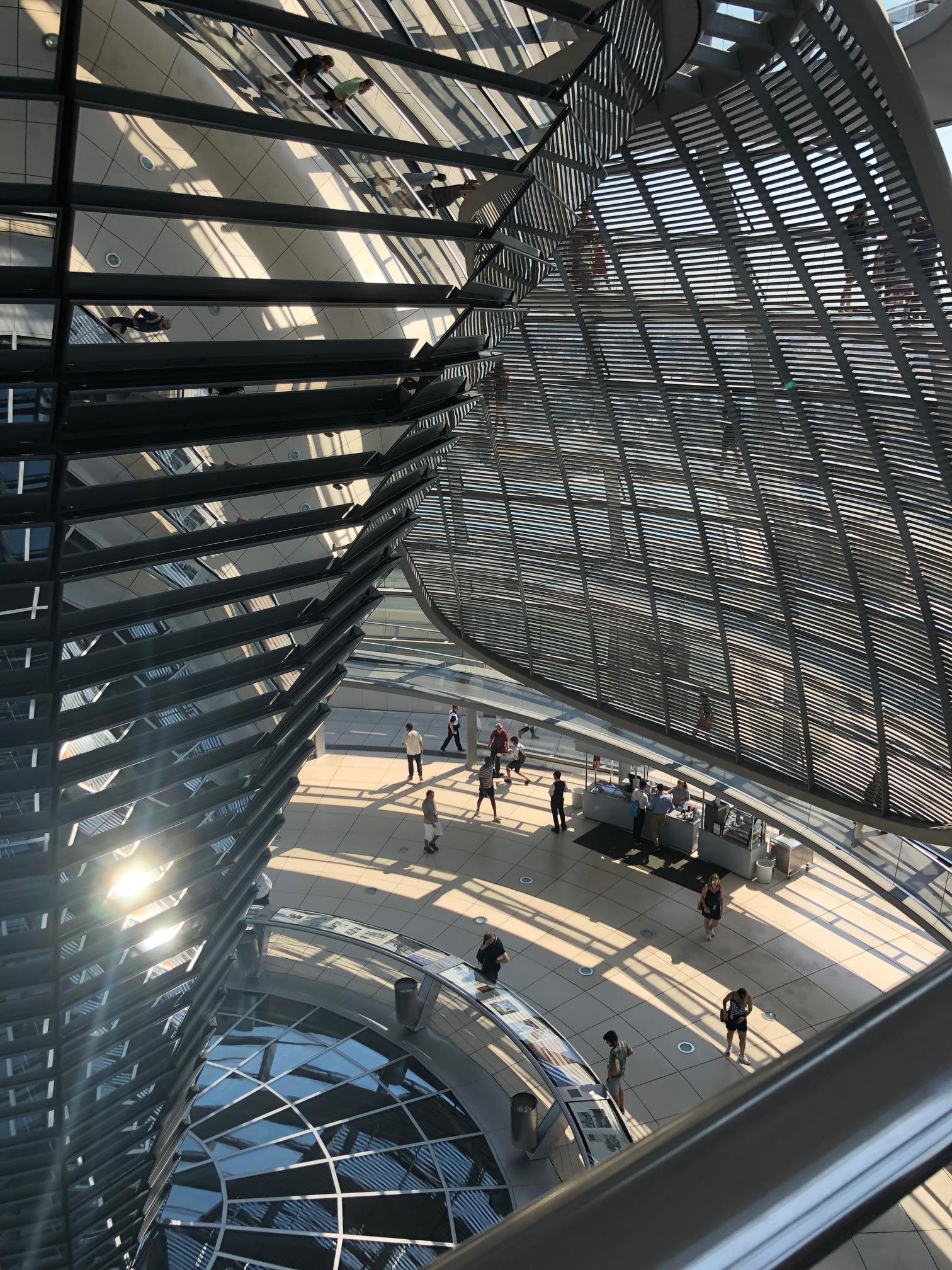 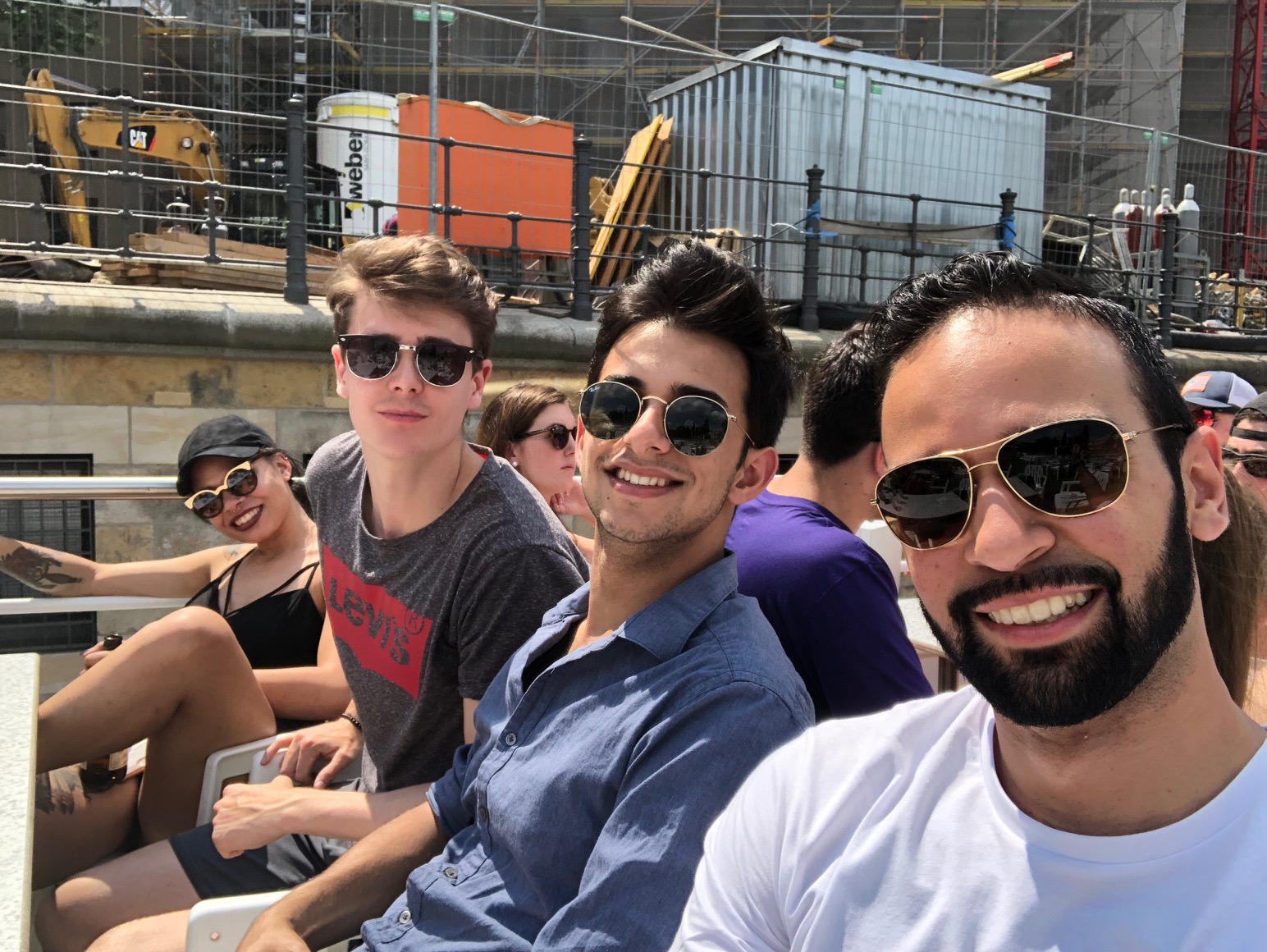 After Audi, we headed to 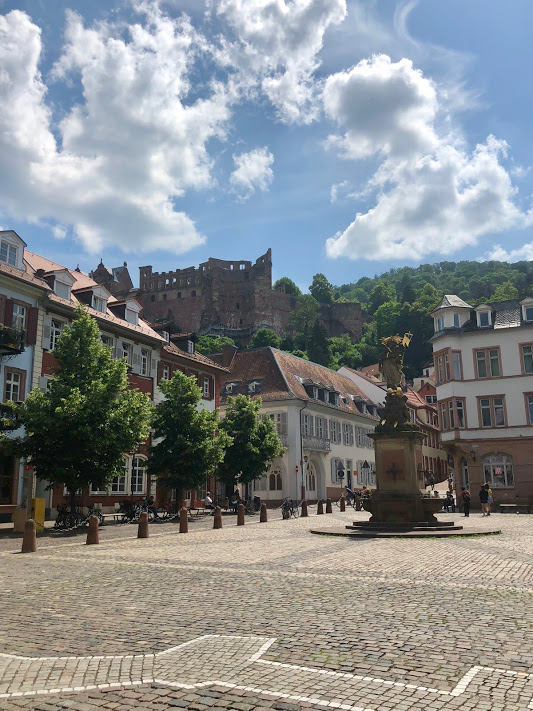 Heidelberg, Germany for the rest of the day. Once we arrived we had some free time for lunch. We visited a traditional restaurant near the main square, don’t remember the name, but the food was excellent! The town has a very traditional and classic feel; it’s beautiful. Afterward, we had a walking tour of the city. Our guide was great and explained the history of the town very well.

The castle up top was a beautiful piece of architecture. There was plenty to admire once you enter the garden square. The craziest part was the wine 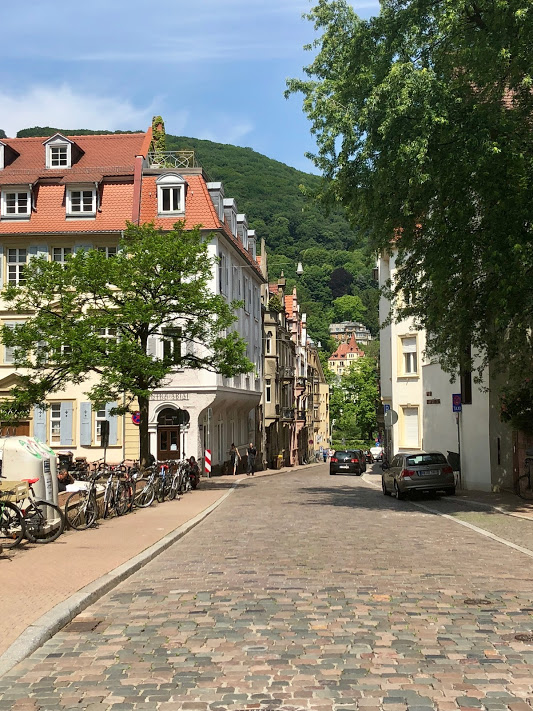 cellar this castle holds the largest wine barrel in the world. Apparently, they used to send kids tied to a rope in through the cork hole to clean the barrel, but within a few minutes they would pass out from the strong fumes, then they would just drag them out and send the next one in.

There isn’t much else to discuss you just need to see it. Keep an eye for an album I will link as I reach the end of the blog with many more pictures; I couldn’t possibly fit them all here. If you plan on visiting, I don’t think you need more than a day here. We were satisfied with the time we had in the city and didn’t feel like we missed out on seeing anything. 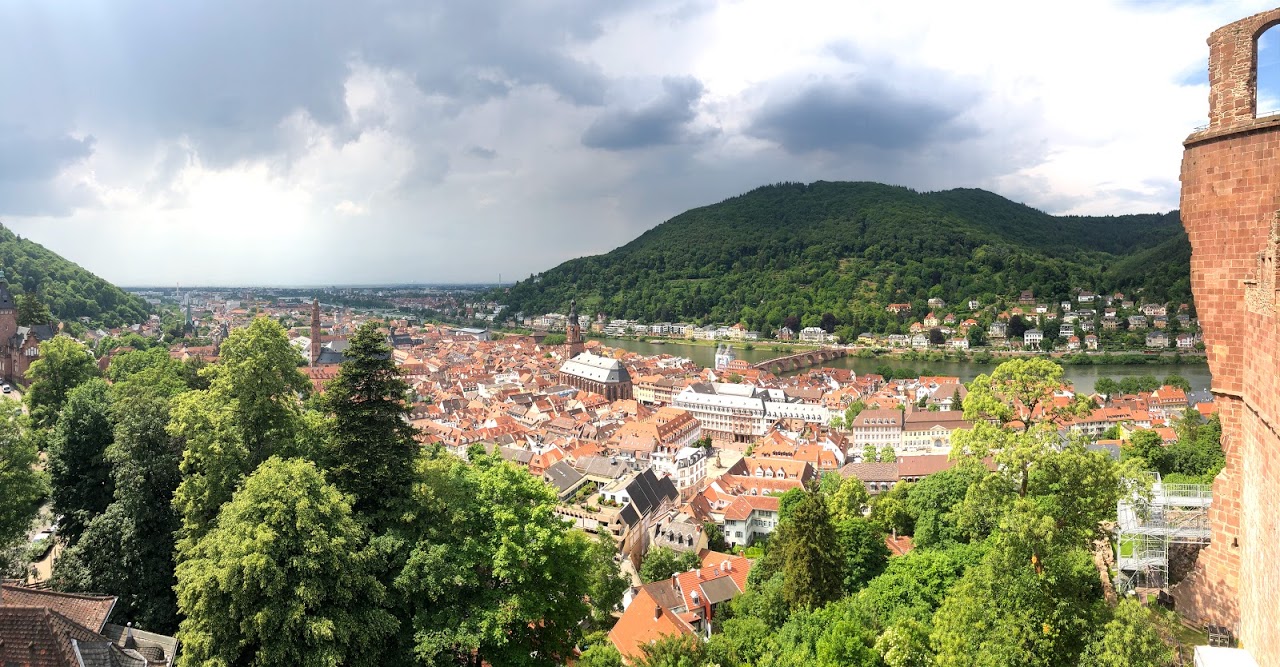 First up, we visited Audi in Neckarsulm, Germany. We had some time to explore the showroom. This is essentially a city dedicated to Audi; it’s unbelievable how large their facility is. Unfortunately, we were not allowed to take photos of the manufacturing processes. 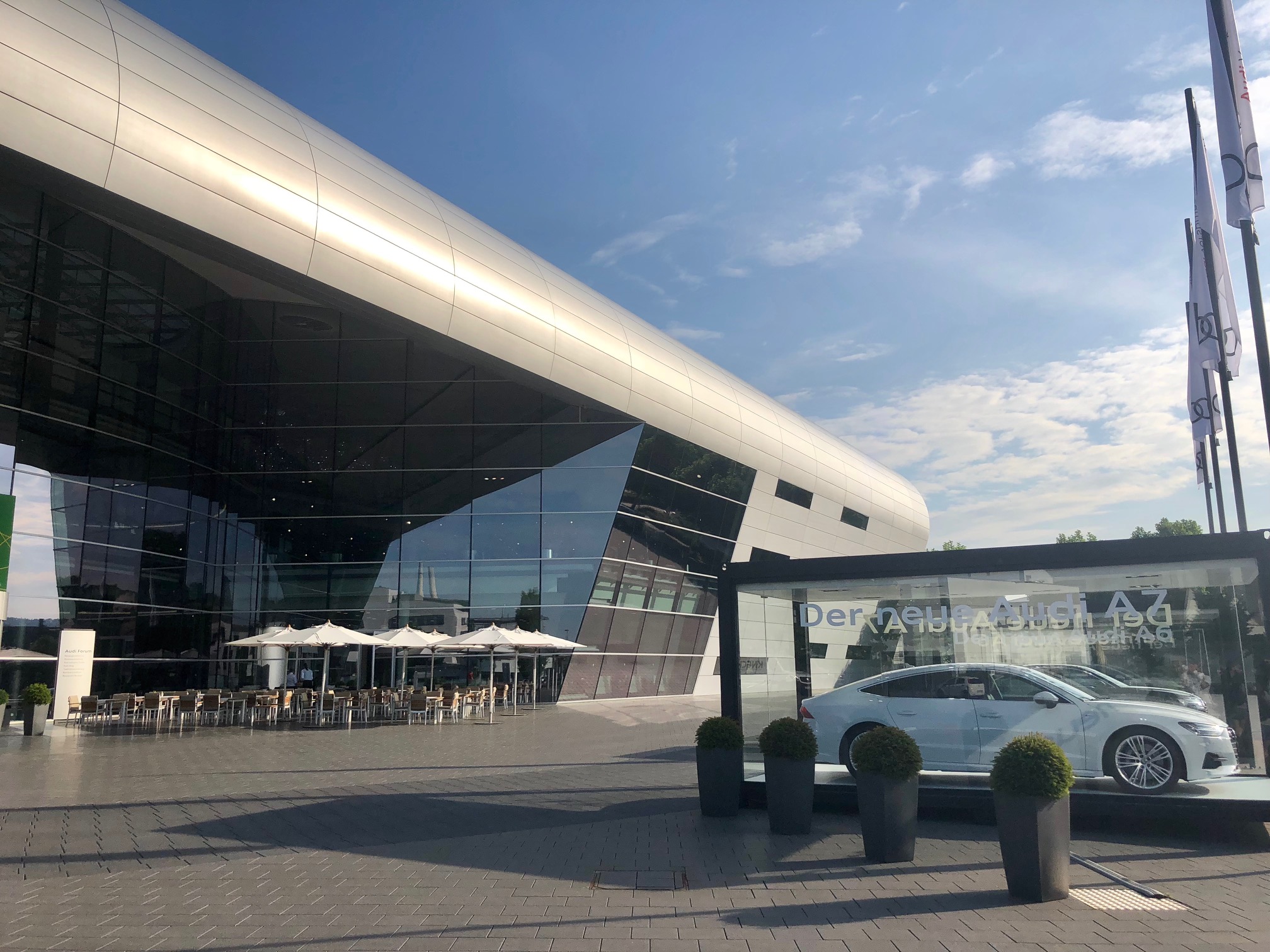 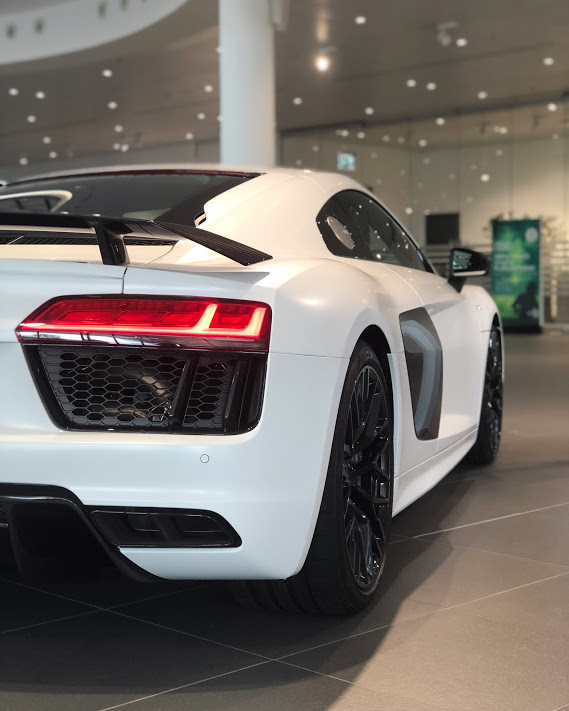 This being my first tour, I was blown away; I never imagined I would be able to witness the manufacturing process of an automobile. It’s crazy to think that flat sheets of metal are shaped and formed into these incredible machines. The tour walked us through most of the manufacturing process, however, we were not allowed to visit the paint shop due to the sensitivity of the process. The entire facility was very automated with little human intervention. It seemed there was one worker watching 5-7 machines at once just in case something went wrong or to switch out a component; it’s not as you see in the video link posted below. The final assembly was the most interesting to watch. As a kid, I watched several videos of the final assembly of some of my favorite cars; to experience it in person was a fantastic experience. Audi Neckarsulm 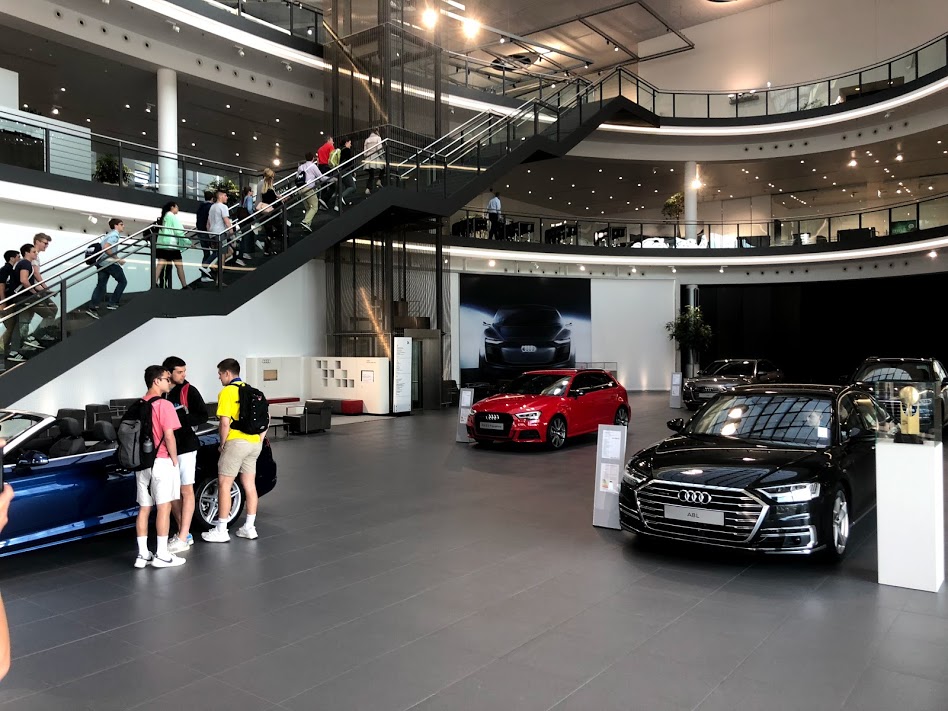 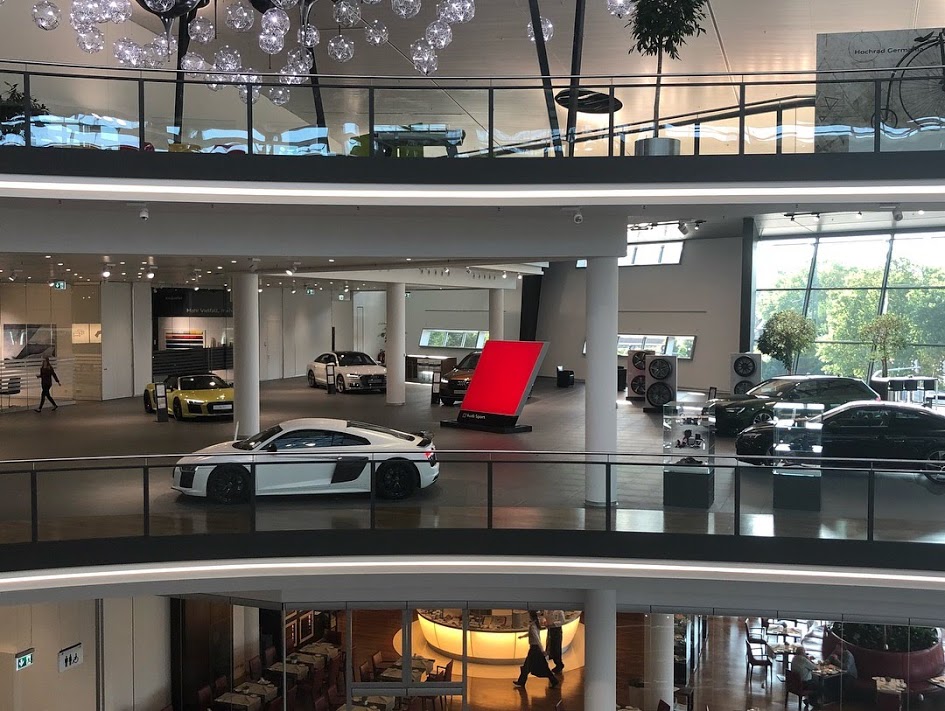 Welcome to Germany! This trip so far has been the greatest experience of my life. I’ve been here for three weeks now and have a ton of experience to share. I’d like to post them in order so be patient with me :D. To start, Pforzheim is a great little town with everything you need; plenty of restaurants and shopping. Nothing is particularly exceptional here so you don’t see tourists really, but because of that the city really starts to feel like a second home; after taking day/weekend trips, you’ll be relieved to come back to this little town. The classes at Pforzheim University thus far have been FANTASTIC. All our professors are incredibly well-versed in their fields. They teach you to think like an industrial engineer, and you can see these lessons in action once you tour the manufacturing plants. This was just a mere introduction, I’ll delve into detail for each trip we had! 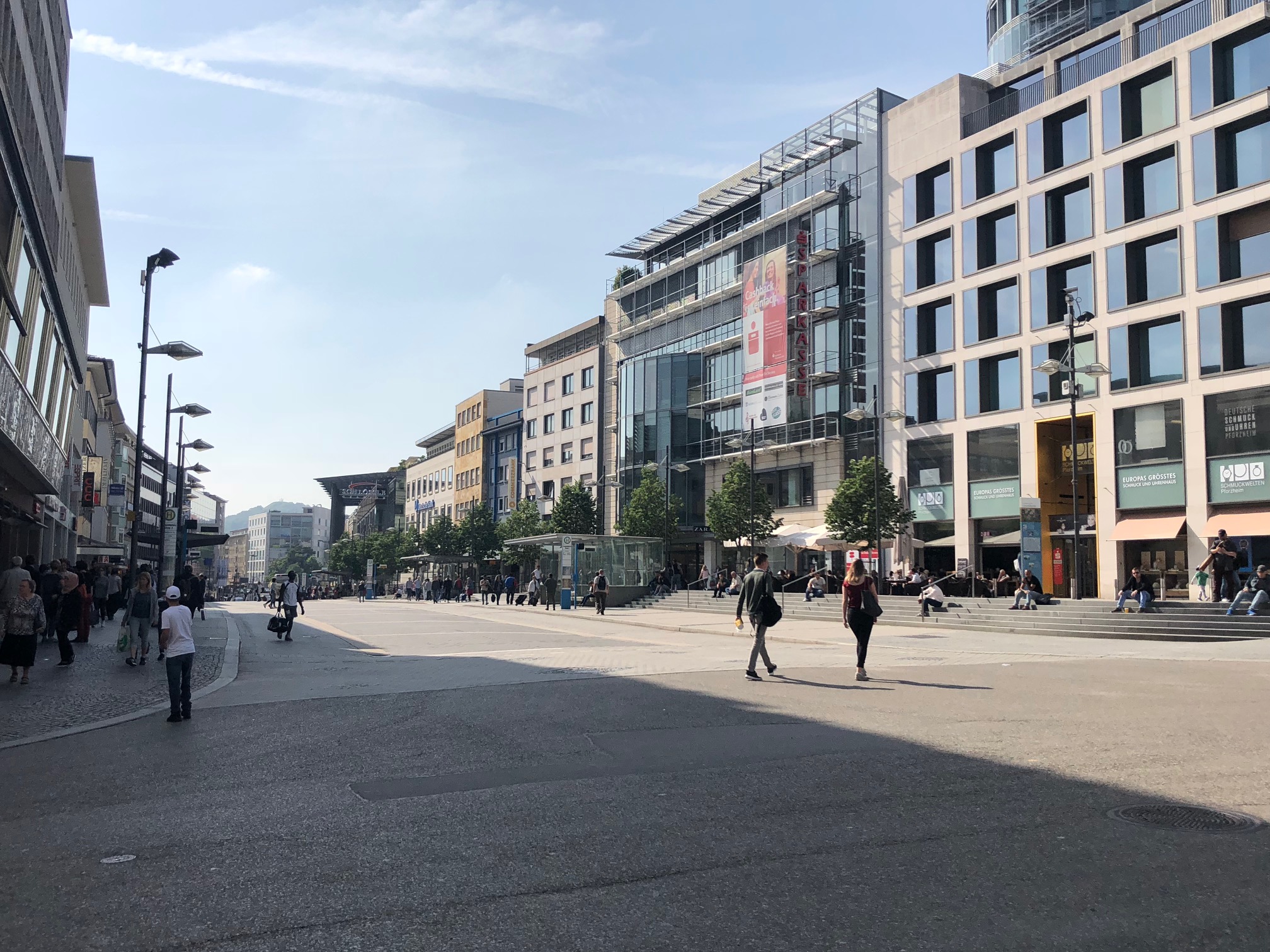 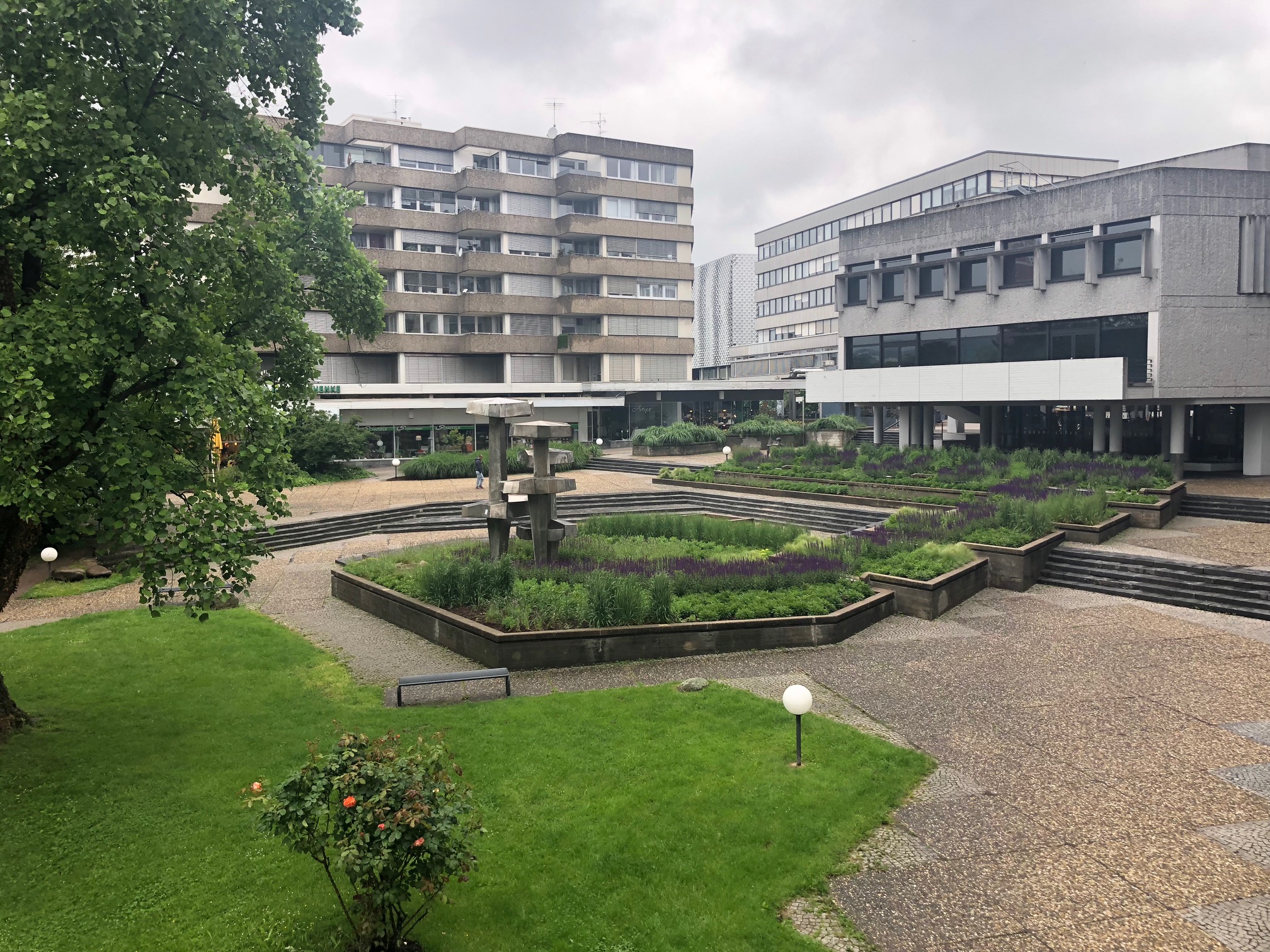 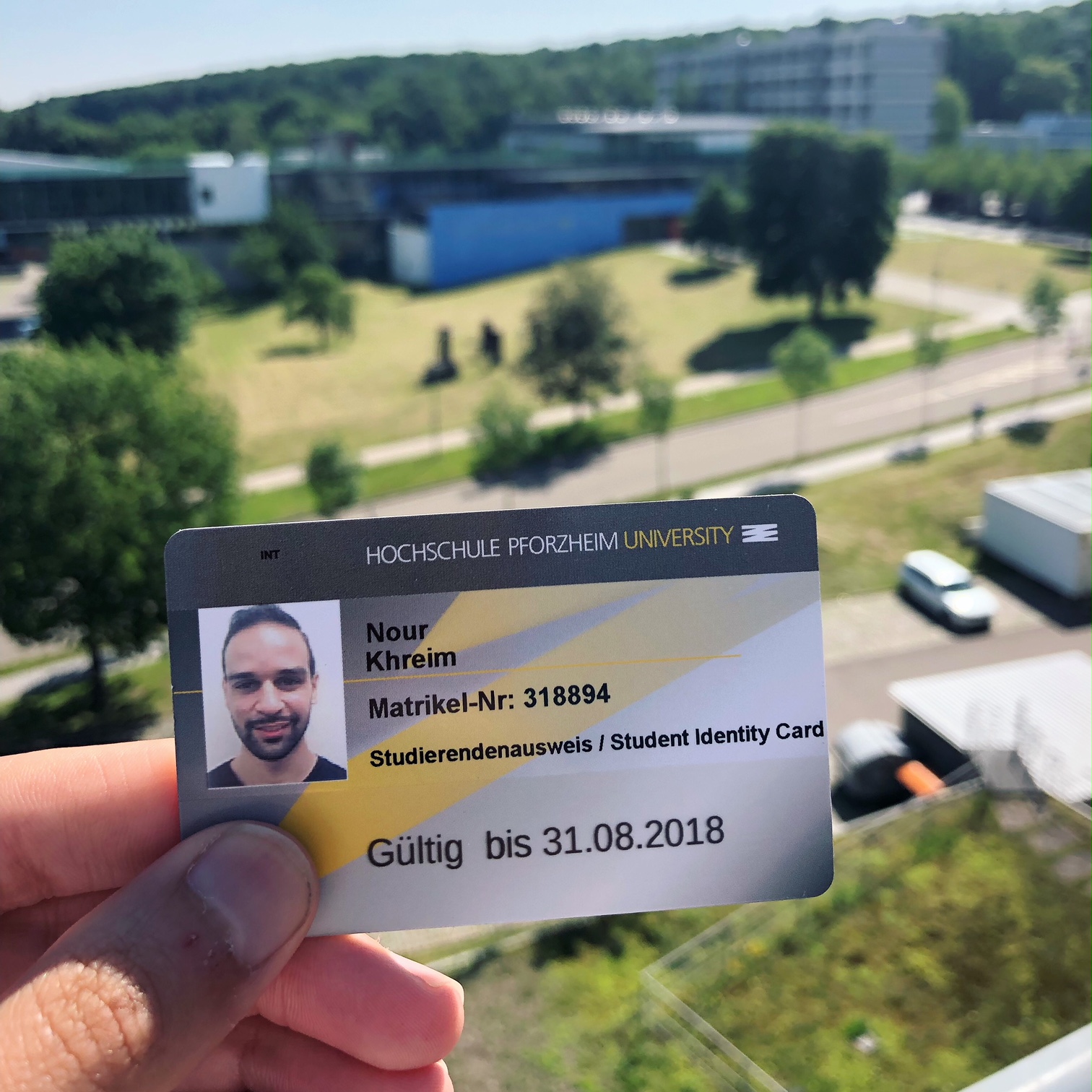 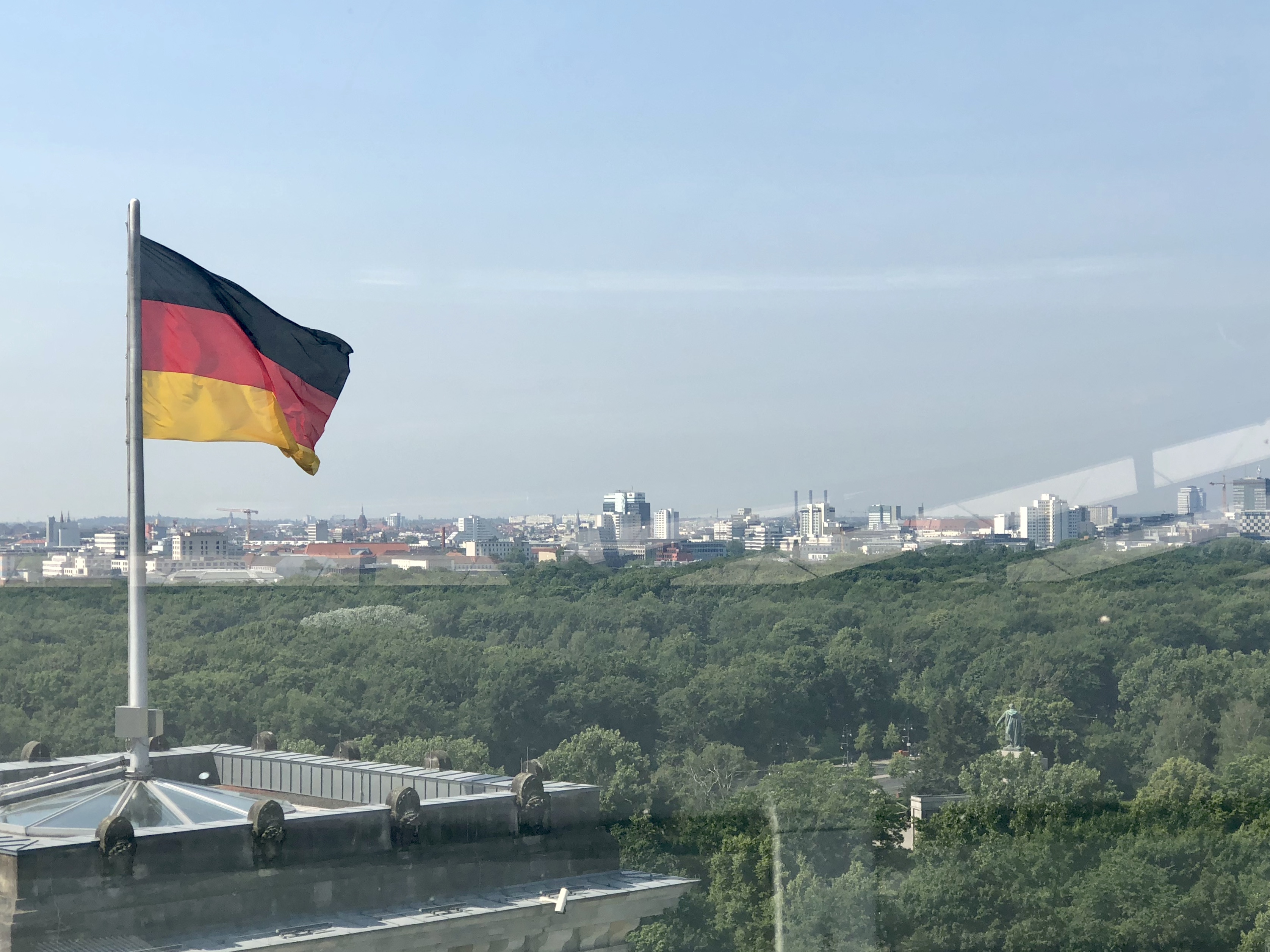 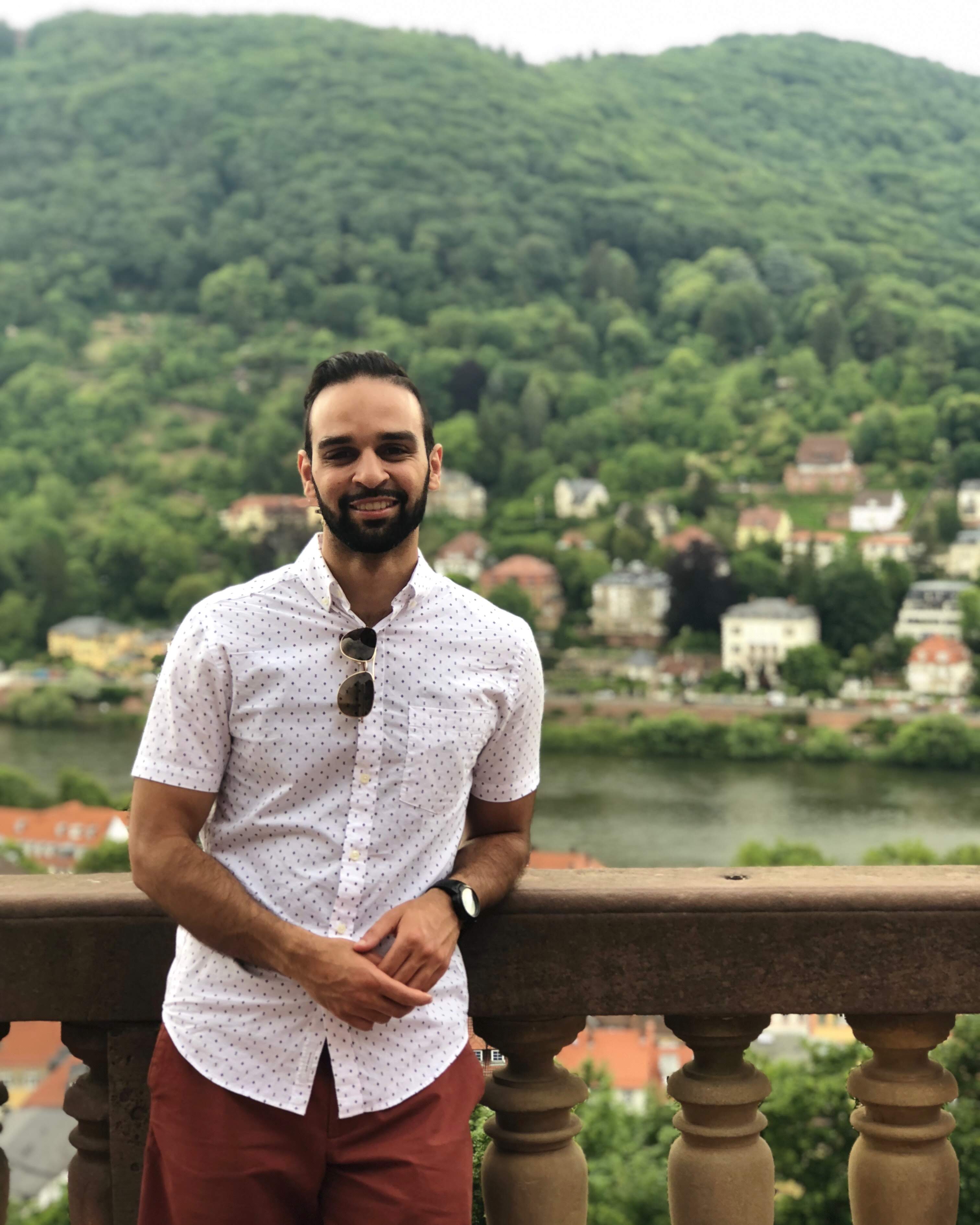 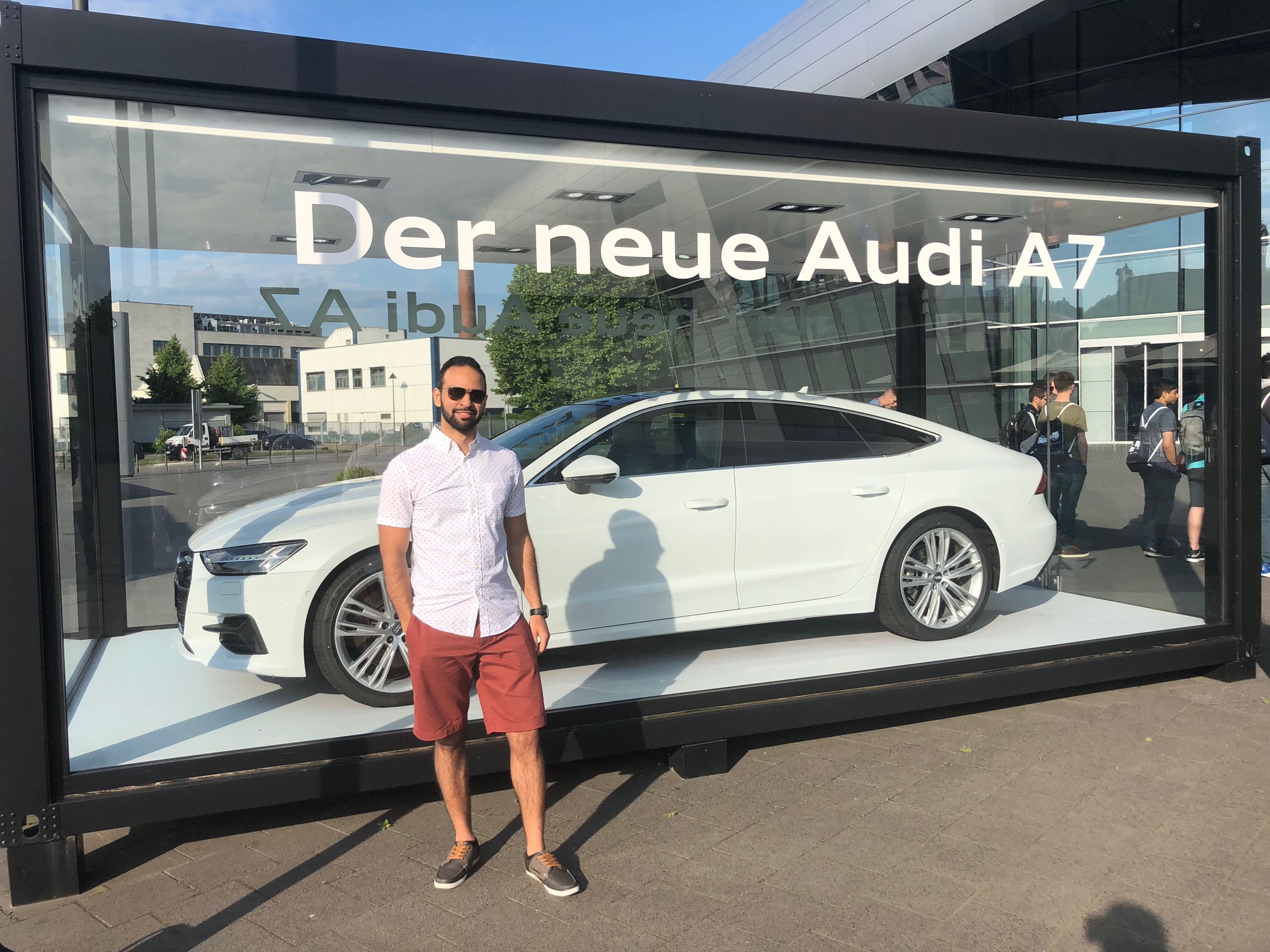 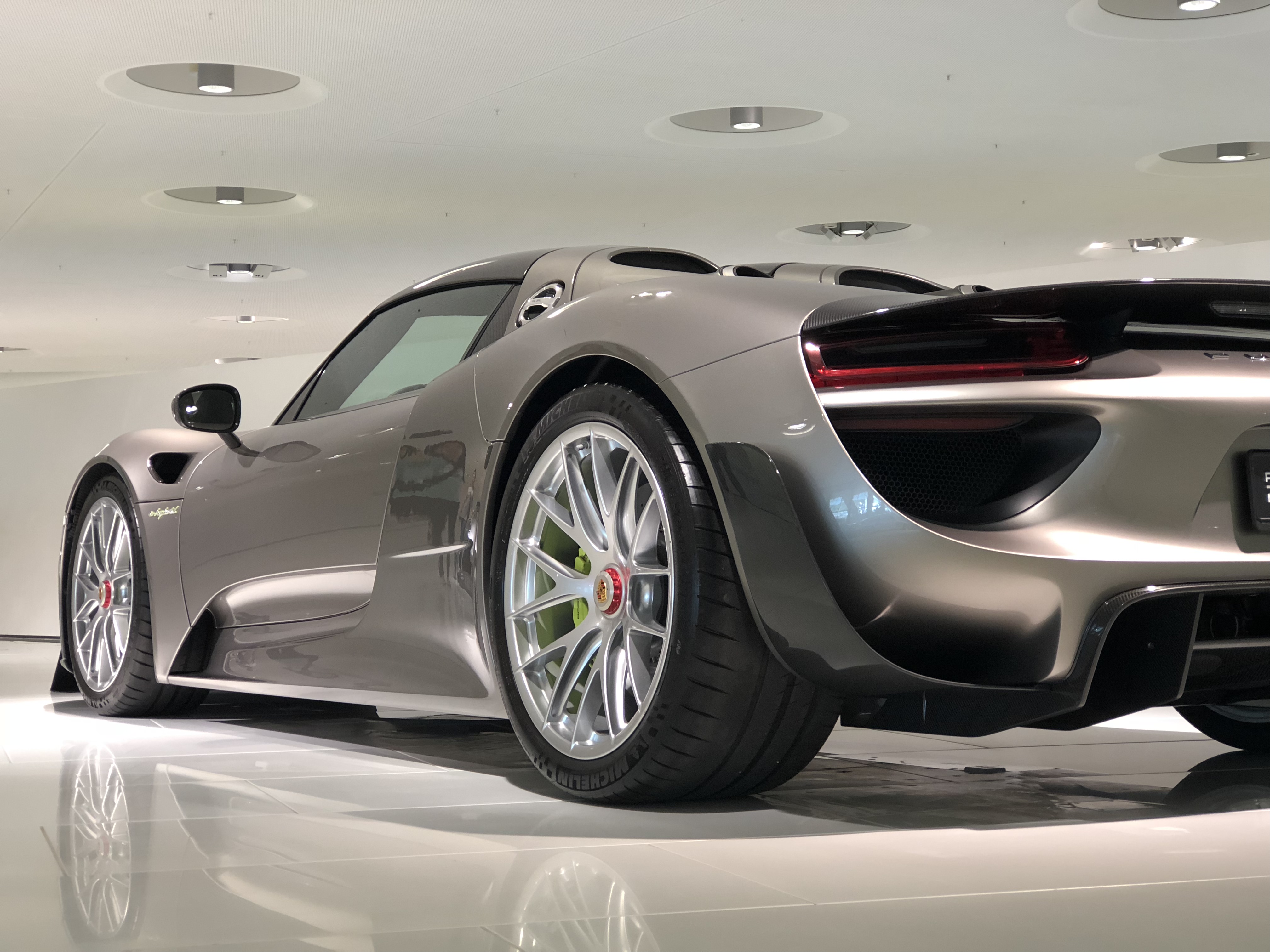