I landed in Sydney early Tuesday morning. I completely skipped Monday which was very confusing. I did not feel jet lagged at all which was great. I headed right to the hostel in central Sydney, where I would be staying for the next 2 nights. I had a six person room but there were only 3 people in it ! Hooray!

I dropped off my bags and started adventuring. I went to Darling Harbor and walked around all of the stores and food courts, trying to see if I could find some cool Australian food place… I found a gelato place that had BBQ flavor… Close enough. I also saw one of these birds that I have never seen before, I later found out that it is an ibis. 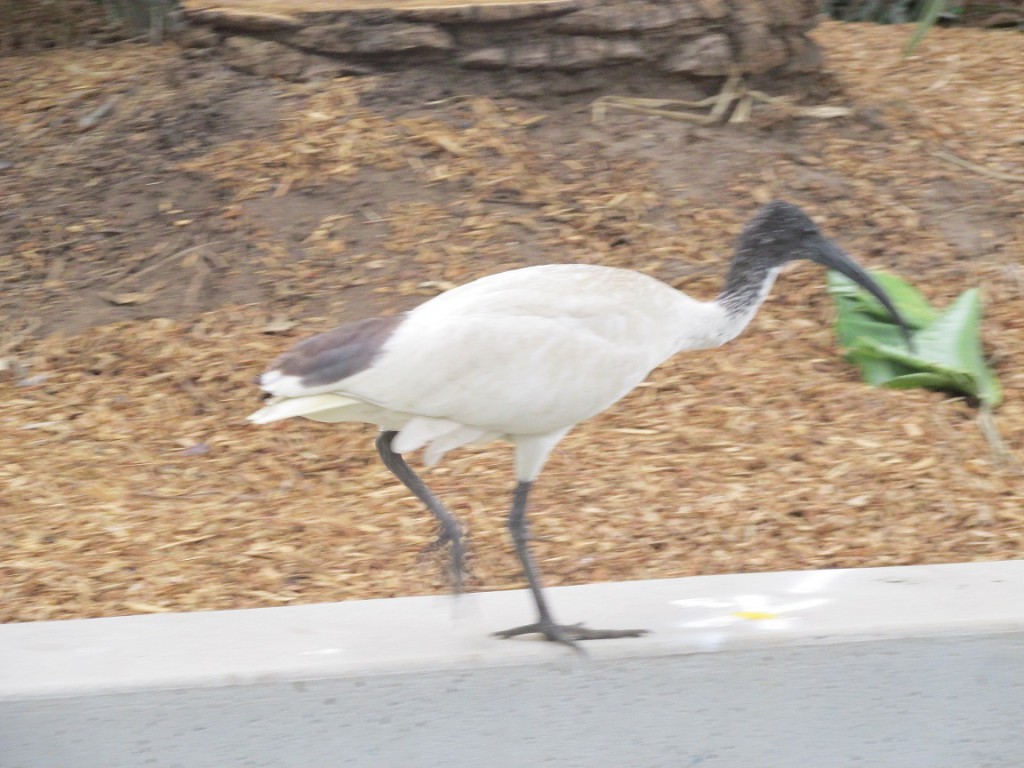 I then went to Bondi Beach, one of the most famous Australian beaches. It was a little windy and about to rain, so it wasn’t very busy, it was great! The water was freezing. 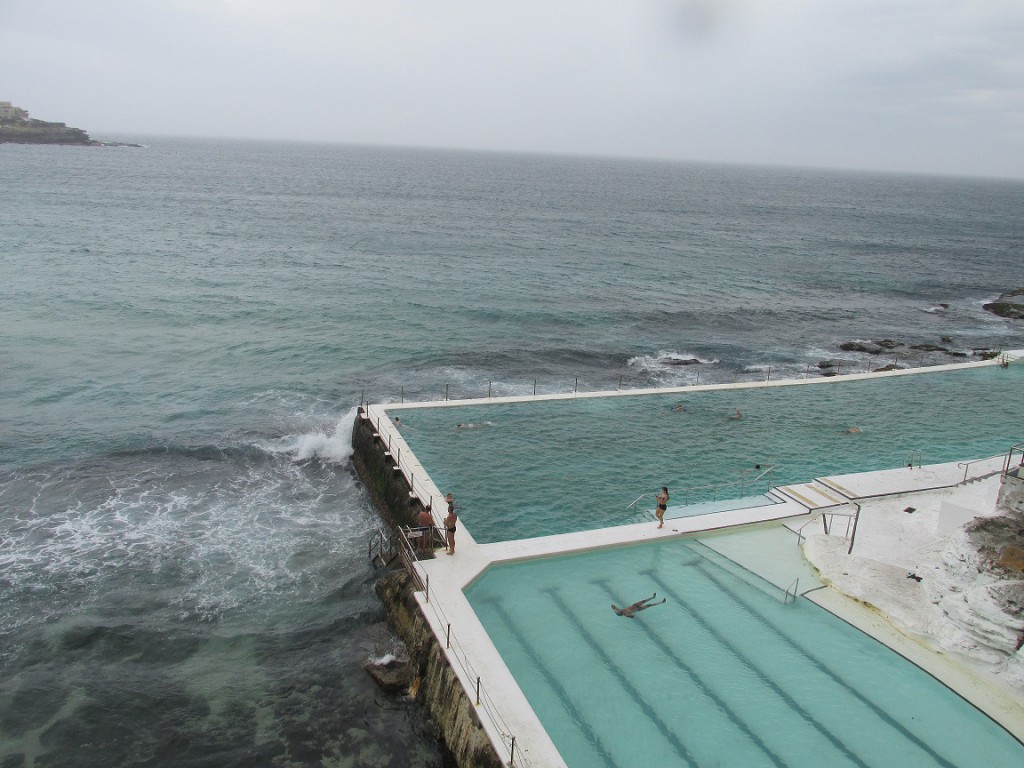 The next day, I had a day trip planned to the blue mountains. I woke up and it was very foggy so I was quite disappointed, as you can imagine, but it ended up making the landscape look even better, and the mountains even bluer! The tour bus guide, Jason, was hilarious, which made the tour that much better.

Our first stop was Lincoln Rock. The view was absolutely insane, and the fog came and went, making it eerily cool. I guess the fog was too much for some people, because there were cars that had driven off the edge. 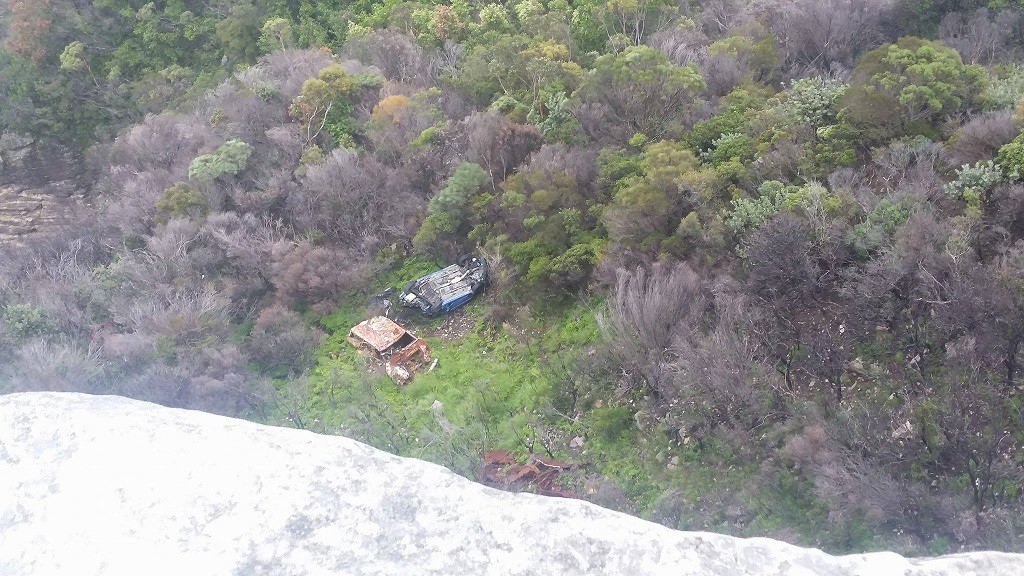 Lincoln Rock is salt rock, and when it gets wet, it becomes slightly malleable. ( VERY very slightly) When it is malleable, you can brush your finger against it and it works as paint. People used to use it as face paint! 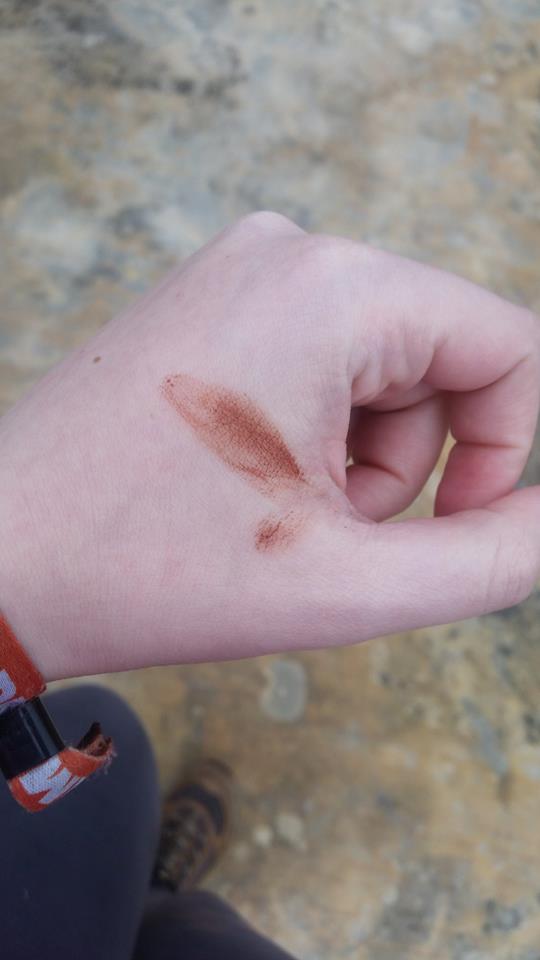 And it took me a while, but I convinced myself to sit on the edge of the rock. 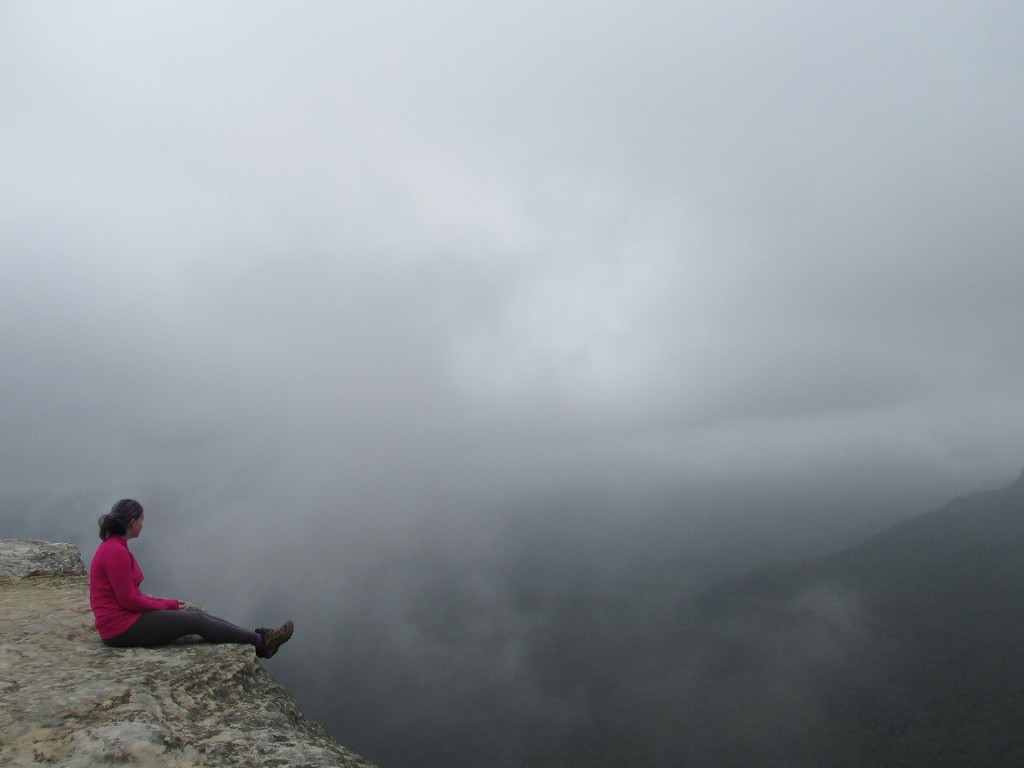 There was once a father and his three daughters who lived in the forest. They were always told to be quiet because there was a monster living in the woods ( the name of which I can’t remember,) and he could not be woken, because if not he would attack them.  One day, the father went out hunting, and left the three daughters alone. BUT !!! They made too much noise and woke up the monster! The three sisters ran as fast as they could, and the father tried to chase after them to protect them. He had a bone that could change things into whatever he wanted, so he tried using it on the monster, but it did not work, so instead, he turned the three sisters into stone. The monster began chasing him, so he turned himself into a Lyre bird ( a bird that is very common in the mountains and is known to scratch the ground for food.) As he was running away, he dropped the bone, but he made it to safely. The story is now that he spends his days searching for the bone to turn them back, scratching on the floor of the rain forest, just like the lyre bird! 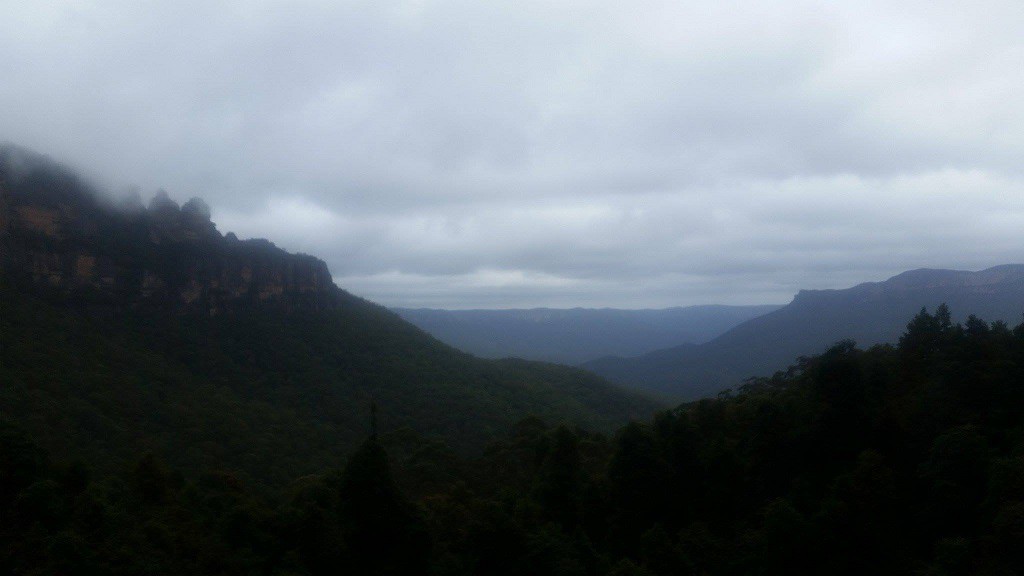 ( You can sort of make out the Three sisters on the top left !)

My final day in Sydney happened to be Australia day, so I spent it down by the Sydney opera house watching the ceremony and all of the boat races. 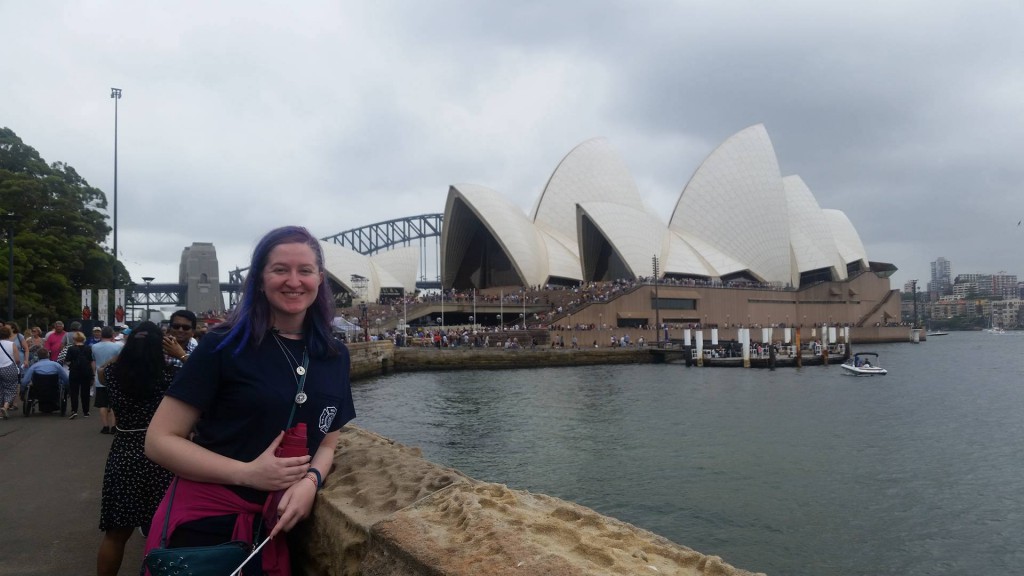 At 12 noon, the whole crown of people around the harbor sang ” Advance Australia Fair.” It was crazy! 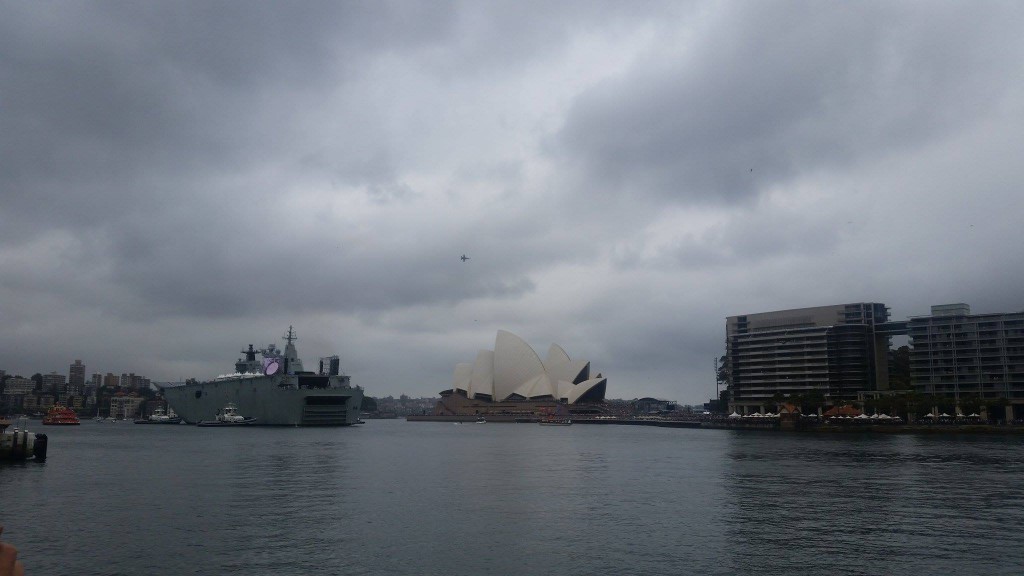 My school orientation doesn’t start until February 7th, so now I am heading to New Zealand for a week and a half!

I left Boston at 7am on Saturday, on a flight to Los Angeles, my first stop !

I arrived in LA at 11am and was picked up by a family friend and we went to get lunch in Manhattan beach. On our way there, I saw palm trees for the first time and was mesmerized by them! We ate at a place called Sloopy’s beach cafe, a cute little cafe right next to the beach decorated with hundreds of plants, I would definitely recommend going there if you get a chance!

We then went for a walk down to the beach, which is when I saw the Pacific Ocean for the first time 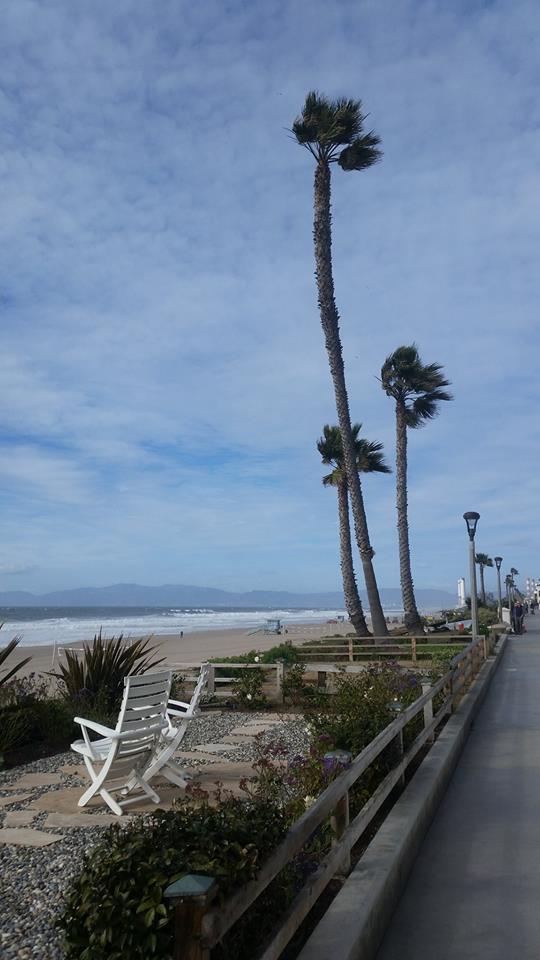 After our walk on the beach, we made our way towards Hollywood, where we saw Walt Disney’s old house. We then drove up to the Griffith observatory where we saw the Hollywood sign, and had amazing views of the sunset over LA. 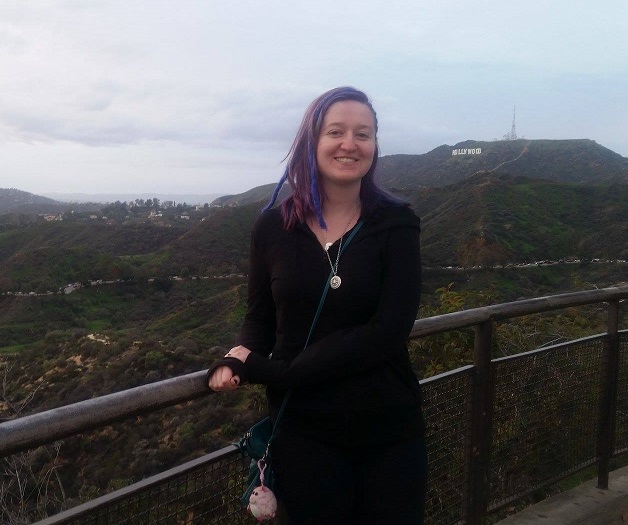 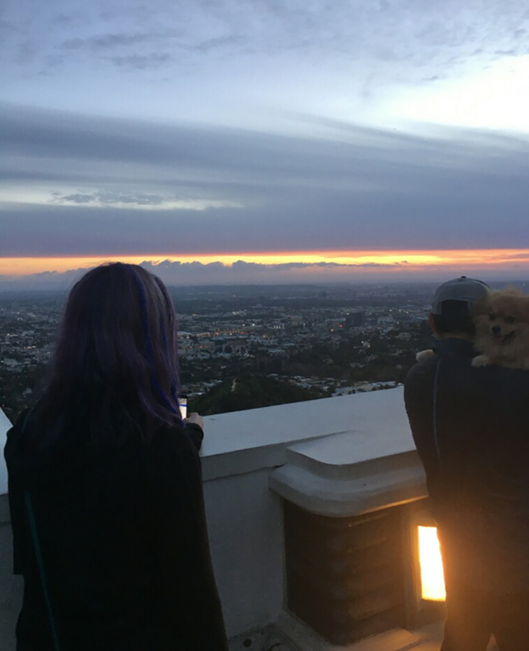 ( Was I looking at the sunset or the dog?) 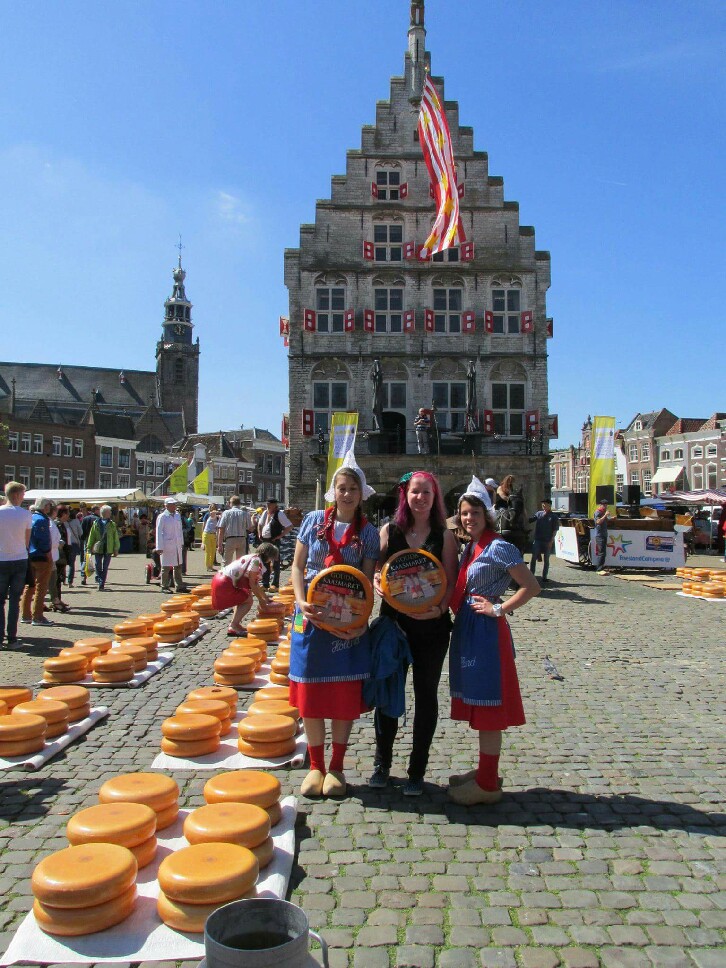 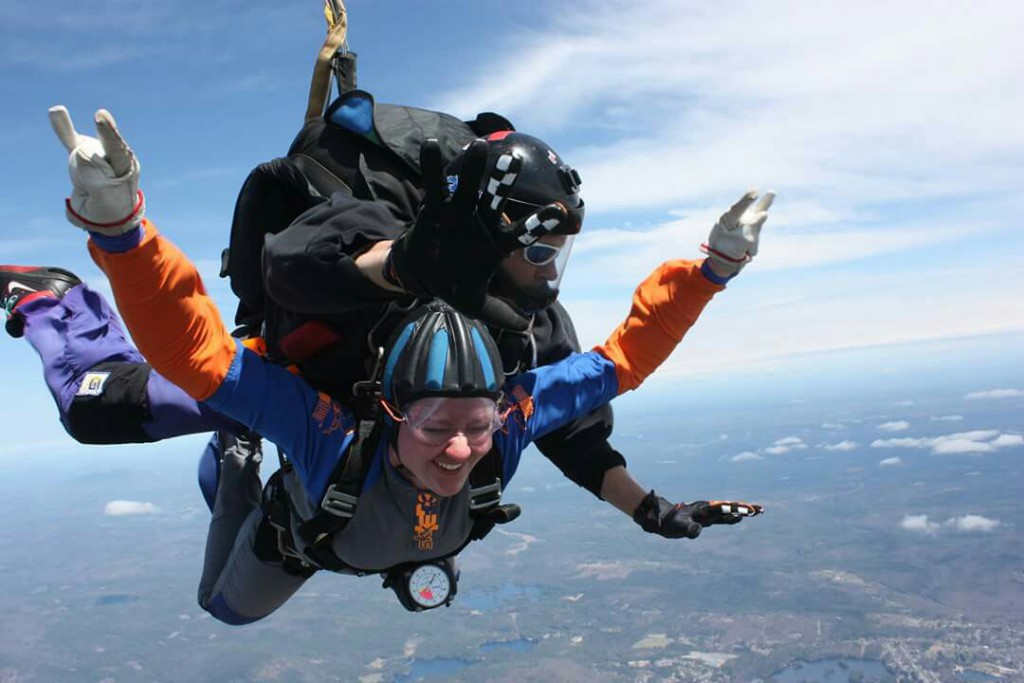