Takeaways from our classroom activities that every Entrepreneur should know:

Don’t let the fear of failure keep you from learning, be young again and do not worry what others will say if you fall, as you can always get back up, dust yourself off and try again.  You can not succeed in something new without trying.

Our travels in India can best be compared to the way traffic operates here. An outsider would say that there is no rhyme, no reasons, its chaotic, filled with honks, beeps, bumps and is even a little bit scary. Our time in 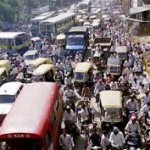 New Dehli, at least from my perspective, was that of an outsider, the rhythm of India was not unlocked for me to hear, I could not make out the beat nor hear the music, so therefor I could not truly enjoy the dance and its beauty. (Exception: The Taj Mahal needs no music to see its beauty) 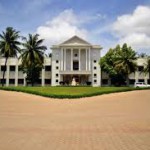 It was not till I arrived at the scholar house of the BVB campus in Hubli and met our Indian colleagues where I began to hear the beat of India and see the dance. The traffic is not random or chaotic, it is actually a beautifully choreographed dance that flows and moves as gracefully as a ball room dancer, but not all can hear the music they dance too. The BVB students have shown me that India is a country of its people, and its people are the pulse, its people provides the rhythm for the dance and its people, at least the ones I have been lucky enough to come to know, are now my Metra. (Friends)

Over the past four days my fellow Indian classmates have open their campus, their arms, their minds and their hearts and have truly become friends. From the moment we arrived at the scholar house on the BVB campus you could feel a 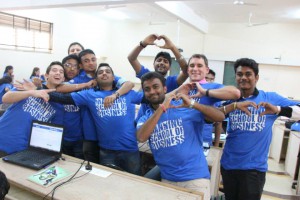 bond between the groups forming, to the same degree that hydrogen and oxygen atoms comes together to form water, UMass and BVB have unified and become one flowing body with the potential of accomplishing great things. Just as the power of water has the ability to carve through rock to reshape the Earth, we too can do the same. We have brought our young, passionate, innovative minds together as one, as we work to solve tomorrow’s problems, today, reshaping the future of our world.

“Those who dance are considered insane by those who cannot hear the music.”
― George Carlin

As many of us will begin on January 1 by making a New Year resolution, I will begin my 2015, not by making it, but living it. Not by eating a salad, or by transferring money into a saving’s account, or heading to the gym to do my best “Rocky” montage, (which is Rocky IV by the way, “Hearts on Fire” song in the background, while Rocky chops down trees, lifts rocks, and sprints up mountains, while Drago is training on a space station) but by doing something completely new, in a new place halfway across the world, getting outside of my comfort zone and challenging all that I know to see our world from a new perspective and to continue to grow as an individual. 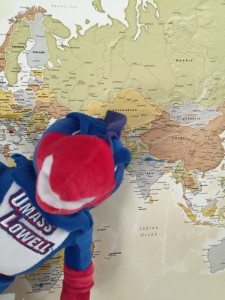 I have been given the opportunity to travel to India, not a new deli in Indiana, as many
of my family thought that heard over the holidays, to take part in an Innovation & Entrepreneurship Program on the global scale.  Traveling with Rowdy (photo)
along with a dozen fellow Umass classmates, we will be learning with a purpose as we team up with a local engineering college and work on real projects with real companies ranging from sustainable development through agriculture to working with physiotherapists to aid patients who cannot walk.

Just as many of us do not know what the rest of the year will bring or if we will even make it past February till we conclude that skinny jeans are dumb and not for me, tonight is full of excitement and wonder, thinking about the future accomplishment of this year’s new year decree and all the change it will bring.