I wasn’t able to make my blog posts during the trip because we were just so busy and there was so little downtime. The spotty wifi on campus didn’t help either.

Now that I am home, I wanted to share some of the experiences we had outside of the classroom. One of the most memorable experiences to me was going to a local temple (Sri Siddharoodha Swami) in Hubli on New Years Day, our first day off since we arrived on Dec. 29th. We went with a group of students in the program. The foreigners were treated like celebrities and many people wanted pictures with us or to shake hands. The temple itself was very beautiful and the local students showed us how to receive the blessings at the temple. 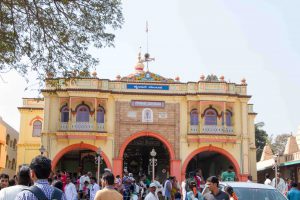 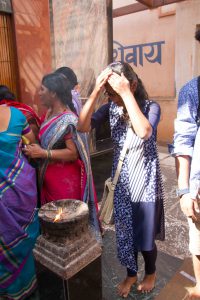 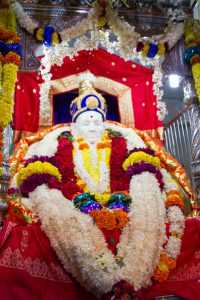 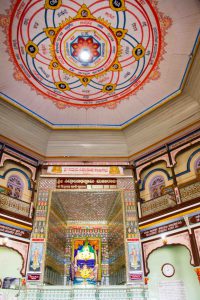 Afterward, we went to the mall to eat lunch and shop for some Indian fashions. I bought 2 kurtas (long tunics), another top, and flowy pants for the equivalent of about $35 USD. Lunch in the mall cost about $3 and I had an ice cream for about $1.20. The ride in the auto rickshaw (aka auto) was $1.50 (100 rupees) for 4 passengers. We couldn’t believe how much cheaper everything was than at home. 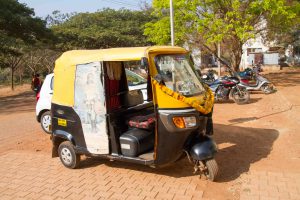 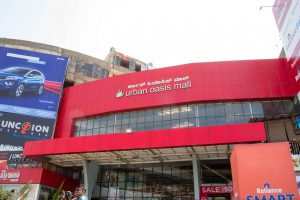 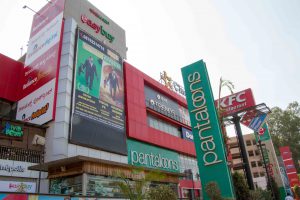 Pantaloons – where most of the shopping was done

Tip for future students: Be aware that you will be asked to take your shoes off in many places you visit in India, so don’t be like me and forget to get your pedicure done before the trip. Also, always carry hand wipes with you so you can clean your feet after walking around barefoot or your hands after using the restroom or before and after eating (most restrooms did not have soap or hand towels).

As we entered into our second week of classes, we prepared for the ‘Traditional Dress Day’ by venturing into the city and purchasing sarries. We went to three different shops for each of the different parts: the robe-like fabric, the underskirt, and the crop top.

We all decided that we loved this way of shopping because we got to sit on a nice cushion and the workers brought the fabric to us. Below are images of the sarry shop. 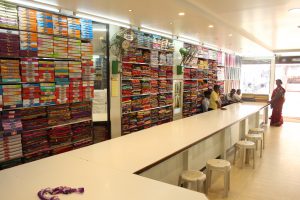 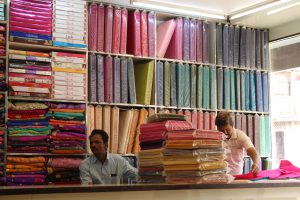 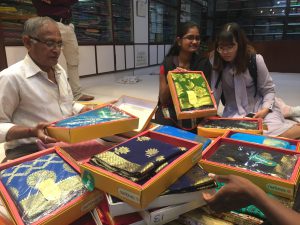 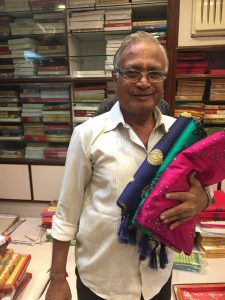 The next morning we were woken up to be dressed by the hostel housekeeping women who wear sarries every day. It took them about 15 minutes or so to wrap and pin each of us to their liking. Then some of the Indian girl students did our make up and gave us jewelry. 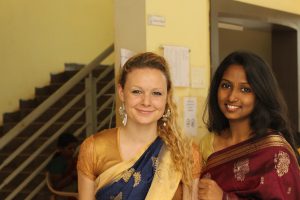 We had a lecture in the morning and then spent our tea break taking pictures. All of the colors were so beautiful. 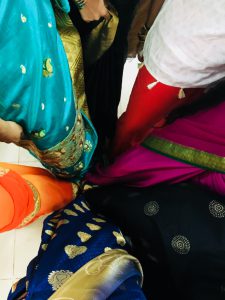 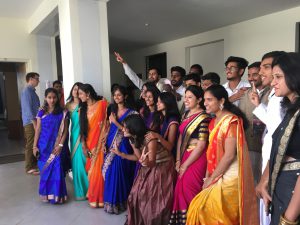 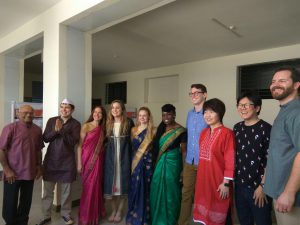 Class ended up being moved to our hostel due to security concerns. A strike was occurring in the city just outside of the university by a minority group fighting for more equal rights. So, we took more pictures outside. 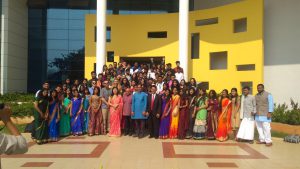 Then, we headed back to the hostel for lunch were a formal lunch was being prepared for us. There were women pounding the dough in the common room and the sound echoed like drums. 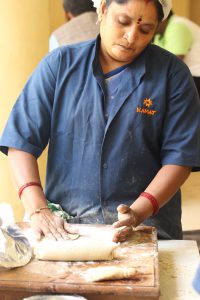 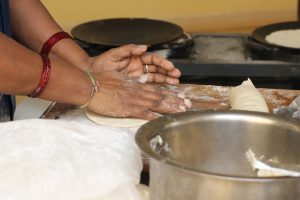 The meal was served on banana leaves which apparently is traditionally done at weddings. There were so many colors and flavors. Both sweet and spicey. 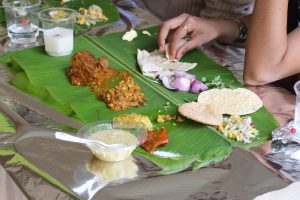 After some group (or rest) time, we took some more photos with the better evening light. 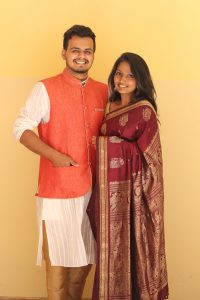 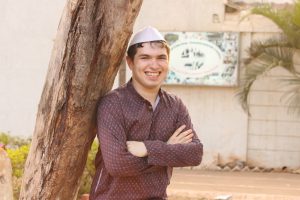 Overall, the day felt like getting ready for an Indian prom, except instead of dancing we did classwork. After my roommate and I were dressed by the housekeepers in the morning I turned to her and asked how are we supposed to be Boss Woman in these? The truth is, wearing those sarries was really difficult, so I give props to all of the women to do their daily manual labor in them!