Yesterday was the final day. By 9 a.m., everyone had to be up and ready for their rooms to be checked. It was a really bittersweet day because over the last 19 days, we have all gotten so close. I, personally, feel as if I have made some lifelong friends on this trip. We had a great group of people, each with our differences and similarities, but we worked well together nonetheless. As we left everyone off at the Aer Lingus gate, I realized that yes, this is it: the trip is now over, but the bond that we had together, the friendships we made, they will never be forgotten. We will always remember that zany group of people who came to Paris as strangers but left as close friends. I love them all so much and I feel really lucky to have been able to participate in this Study Abroad program.

Later in the afternoon, when I went alone to get a sandwich from our friend the Crepe Man, he asked me if I missed my friends yet, and I realized then I had never really been alone on this trip. There were always people around me and for the first time, I really felt that you could be alone in Paris. But I don’t really feel alone here because I have the memories of the friends I made on this trip and also I know that I will be seeing them again soon.

It’s been a full week since we arrived in Paris. Wow. I feel like we’ve been here for so long but it’s been a mere seven days. Seven days that have changed my, and I think all of the other students, lives for the better.

We’ve been really enjoying ourselves and, of course, today was no exception. We took the metro to the Champs Élysées avenue and walked from the Arc De Triomphe to the Guy Martin Atelier, where we were to receive our cooking lesson. The menu seemed like a simple plat du jour, or plate of the day, but in fact it was much more difficult than expected. We prepared a chicken breast, stuffed with almonds, raisins, and parsley, and then a rice dish that had diced carrots, raisins, and some spices in it. The chef taught us how to filet the chicken breast by cutting it in half but not all the way through, as to make a pocket for the “stuffing”. The chicken was then stuffed with whatever combination of parsley, raisins, and almonds that one wanted and then rolled into a small burrito-type shape. It was then wrapped in plastic wrap and put into the oven! We then started on the rice, which was boiled and then combined with raisins and almonds and some spices. By the time we finished with the rice, the chicken had to be taken out of the oven and unwrapped and then slightly browned in a pan for a nice golden color. Then the chefs sliced the chicken breasts in three pieces and put the rice in a pattypan-type mold so it would be round and then decorated the plate with a sauce that was made from the chicken broth and some spices. The food was incredibly tasty! And the chef was kind enough to make little pita pockets stuffed with goat cheese and some herbs.

Then we went to the Musee D’Orsay, and we visited the Impressionist rooms and saw the great works of Van Gogh, Degas, Manet, and Monet. The paintings were all the personal expressions of the artists and it was interesting to see how each artist had their own flairs and styles. Personally, Degas and Manet are my favorites (although I worship Monet also) so getting to see new paintings of theirs that I’d never seen before was impressive. Impressionist painters at expressing their emotions on the canvas, and you can literally see their emotions with every brush stroke and color choice. It was really cool to finally get to see some of the painting my mom has been telling me about since I was really young.

Here are some pics of Rowdy enjoying his day with us! 🙂 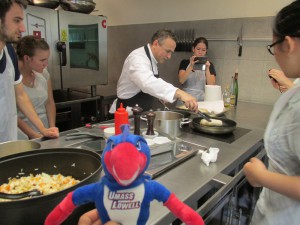 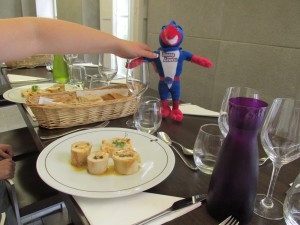 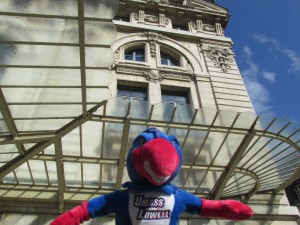 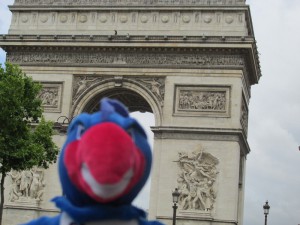 So excited for the trip! I’m ready to be fully immersed in French culture