Better late than never?
During our time in Paris we had a lot of things to get used to. The language, the culture, the food and of coarse getting around the city. As we became accustomed to the culture, getting used to certain social cues, and using the metro with confidence Paris felt less foreign every day. By the time it came to return home to the states there was just one thing about Paris that I still didn’t know how to process, their toilets. No, I never saw a bidet while staying here but still they have some pretty funky bathrooms here. Every time we would walk into a restroom we had no idea what we would encounter in there. Call me crazy but I documented as many toilettes as I could and here they are.
This first isn’t so scary but still, a button? Not to mention the tiny amount of space in there. 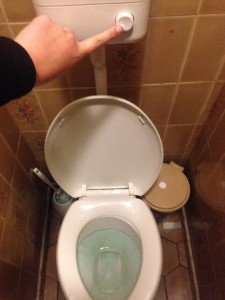 This next one is what started this all. It’s a Turkish style “toilet”. No those aren’t foot petals…. They are grippers for your feet. Caution when flushing, these actually sanitize EVERYTHING in there. We encountered one in Normandy as a stand alone public toilet, you pay 30 cent euro and the door unlocked letting 1 person in to use at a time. We figure we would “rig” the system so we wouldn’t have to pay each time for all of us to go, bad idea. The whole inside of the “room” became one big toilet bowl. It was quite a show, too bad we were too busy laughing to get a picture of it. 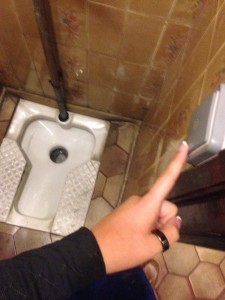 This next one threw me for a loop. After experiencing the Turkish style I had no idea what except from there on out. I’m looking for a knob or a button or a lever to push to flush the toilet. On this one I’m looking around and find no lever or knob. I do see this metal thing on the wall that looks like the trash chute in an airplane bathroom. It was the only thing in there that could have possibly been the lever to flush and lucky for me pressing it worked! 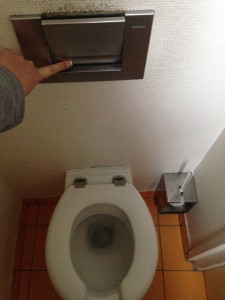 So this next one has two buttons. I know that France is very energy conservative so each button has meaning for how much water is used. The problem was that I had no clue which one was which! I just took a guess. 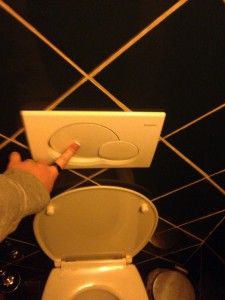 So given the last toilet I posted here are two more buttons. Thinking the same thing as the last one I would have to choose one button over the other. Nope, not with this one. That smaller button is just for show, it has no purpose with this toilet. If you press one the other goes down too, no rhyme or reason it to. 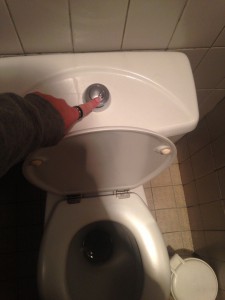 This toilet was in our dorm in the “creepy” bathroom that we avoided as much as we could. Our dorms were not as bad as this bathroom makes them look, after coming home I actually missed my dorm a lot more than I thought I would. We were in the American house and this was the most “American” toilet I found during the whole trip. 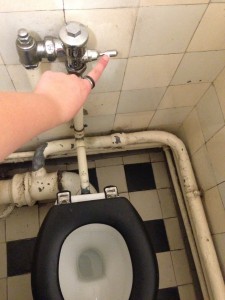 This one was at Claude Monet’s gardens (in the gift shop bien sûr!) just looking at the toilet you couldn’t see that there was a button there to push right on the back! I looked around for a while and was about to start touching everything trying to find the secret button when I saw the small indent on the edge of the button. 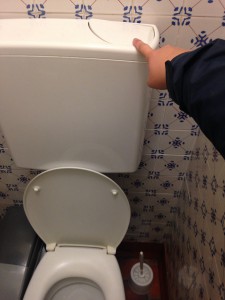 Ummm, I think there is something missing… Maybe a seat? No clue why all the toilets in this restaurant were like this but they were. 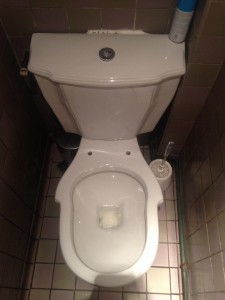 These three photos go together because this bathroom was crazy. This was the restaurant we ate at in Montmartre before heading to the Moulin Rouge. How fitting was it that this toilet was red on the night we go to the old “red light district”. It also has that weird airplane trash chute as the flusher. What else was weird about this bathroom was the men’s stall. It was just 2 swinging doors that lead to a urinal. The doors were like the swinging saloon doors you would see in old western movies. It was pretty strange but it gets stranger. To turn the water on in the sink you had to hit this lever with your knee and keep it there. Defiantly the second strangest bathroom we encountered (because the strangest was the Turkish style toilets). 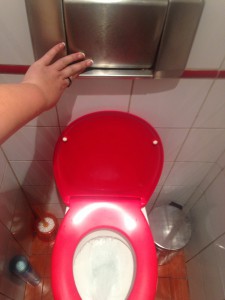 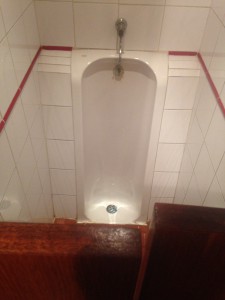 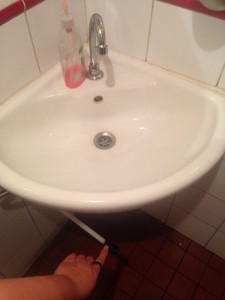 this was the craziest sink!

This next one was my favorite because i was so proud of myself for figuring this one out, I actually had to tell the new people on my floor they had to “pull up to flush”! 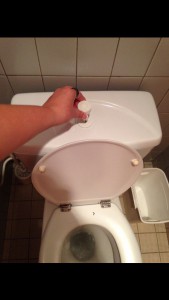 This one was unfortunately the last french bathroom we used. At Charles de Gaulle airport we had to say au revoir to Paris, it was a sad good bye (to France, not their bathrooms) 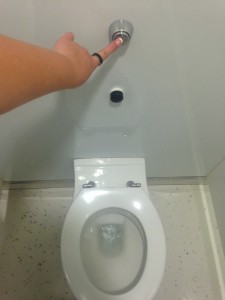 During our layover in Dublin, Ireland this is what we found for toilets. Pretty similar to that toilet in Paris that was missing the seat, except this one wasn’t missing one! They just come that way I guess. 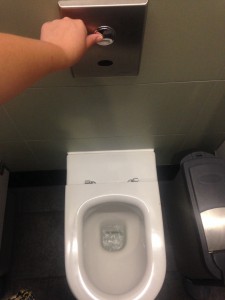 Back in America at Logan airport we have the typical public restroom toilet. Standard automatic American toilet. 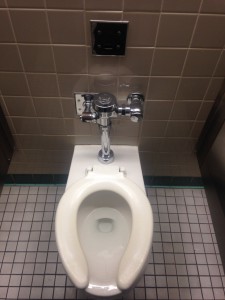 Unfortunately I did not get to document every single toilet I encountered in France. This all started because I never knew how to flush the toilets, after almost a week of being in Paris I thought it was a little ridiculous that this was still happening. I never knew if I had to pull a chain hanging from the ceiling, step on a pedal, push a button, pull a knob, or potentially put my hand in a trash chute and for another thing I didn’t know if I should run for cover if the whole stall would turn into one big toilet bowl!

Overall I had a blast collecting photos for this blog and every time someone from the group would come back from the restroom they had to report back how it was in there. We all had a great time in Paris and it was definitely the trip of a lifetime!