As much as you might think, “That won’t happen to me”, It can definitely still happen to you.

Prior to going on your study abroad you go through an orientation. This orientation is meant to teach and prepare us for our time abroad. One of the things that is highly stressed is personal safety and keeping your belongings safe as well. Having had a sister who has traveled abroad previously for a semester, she warned me about the high volume of pick-pocketers in Europe. So taking hold of this advice, I prepared myself by buying a travel purse with a built in lock/clip to keep it closed. I was wearing an “anti-theft” black cross-body bag that I had gotten off amazon when the incident occurred. For the most part it had served me very well and I hadn’t had any issues with it. Honestly I would still recommend the purse even after being robbed. It was really me who was at fault for letting my guard down.

It was like every Wednesday evening, I had gone to lessons during the day and in the evening I prepared myself to go to 100 Montaditos located in the center of Modena. Wednesday nights are great because the food is at a discount and so many of my Erasmus friends take the time to go, meet up, and chat about how everything is going. It was almost like a mid-week reunion for some of us. 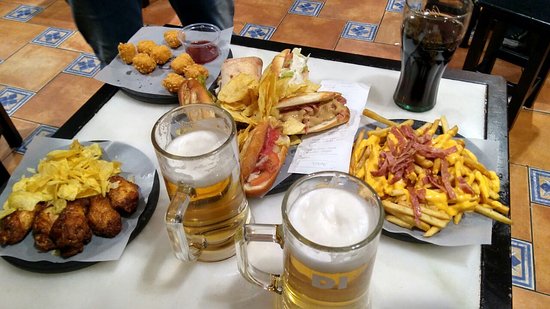 On this particular night 100 Montaditos was packed. I was sitting at the end of a few tables all packed together for my friends and I. Suddenly saw one of the Italian ESN Modena (Erasmus Student Network) members. [They are the Italian students who plan events for all the students on Erasmus in a specific location.]  Not long before, I had just payed for my order of food and drink. But in the excitement of seeing my friend, I got up and walked over to go hug her and say hi. As I was chatting with her for a minute, I began to feel my purse moving around a bit. It took me a few seconds before a realized a stranger was right next to me. I quickly turned around removing my purse from his hands! The creepy and sloppily dressed guy suddenly started asking me for “change” in order to distract me from what had happened and I told him ABSOLUTELY NOT!

As the strange guy began to walk away, it occurred to me to check my belongings to see if anything was missing. I must have forgotten to close it after paying! Within seconds I realized my cellphone was gone but the rest of my belongings were still there. As I looked back up, I saw the creepy guy just steps from exiting the door! I quickly yelled after him and tried to catch up to him before he exited the restaurant. It was too difficult seeing as I mentioned before the restaurant was packed. I ran out of the restaurant to see if i could see which way he went but it was too dark and too late. One of the servers in the restaurant realized what had just happened and was kind enough to call the police for me. But this is Europe, the likelihood that he would get caught was very slim to none. While the police were on their way I asked my friend to borrow her phone so I could try and use Find my iPhone. It helped somewhat but it was entirely accurate about it’s location. 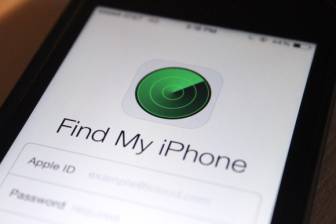 What I didn’t know that had happened was, when I ran out of the restaurant to look for the guy, another girl saw me and and had seen the direction the guy went in. She was already looking for him from another restaurant he had been in earlier that night. So she apparently went after the guy and confronted him about stealing and demanded he give her what he had taken. The thief quickly surrendered and gave her 3 cellphones he had stolen that night, one being mine.

Meanwhile I was told to wait in the restaurant for the police to arrive. The server who had called the police had received news that the thief had been caught. When the police arrived they asked me if the guy they caught was the same one and I quickly was able to assure them that it was. The girl who had confronted him also came over to the police to deliver the stolen phones she was able to retrieve. She asked me if one was mine and I was absolutely relieved to say yes! This whole ordeal occurred all in about 20 minutes or so. It was so intense that I was unable to relax the rest of the evening. I was extremely lucky that I got my cellphone back.

This is actually the third incident of cellphone theft that I had heard of. A few months earlier, one of my friends was calling someone at Novi Park and right in the middle of her call someone yanked her phone out of her hand and ran away. She never got her phone back unfortunately. Another friend was also confronted by a thief and almost got his phone stolen but he held on to it tight enough that he couldn’t take it and the thief ended up pepper spraying him. some locals called the police and the ambulance for him. Both of these incidents occurred in the same park at different times. Be wary of Novi Park in general.

The next day I found out that my incident had made it on the newspaper. Although it did not mention any names, I felt a little famous (unfortunately not for anything to be proud of though).