Last weekend definitely took the spot for my favorite weekend abroad so far. We went to Krakow, Poland. Getting there sucked because we took a three hour train then had a four hour lay over in a little Czech town and then took a two hour bus and finally ended up in Krakow around 10pm. There were four of us so we decided to stay in a hostel, which turned out to be in a perfect location right near the city square. First of all, I didn’t know much about the city of Krakow and I definitely didn’t expect it to be as beautiful as it is. We went during the day and saw the castle and went to Schindler’s factory museum and walked around and it was a beautiful day. I really enjoyed the city. Also, the night life was a lot of fun and everything was really close to our hostel so we didn’t have to take ubers or taxis anywhere. The reception person at our hostel told us really cool and cheap spots to get food and drinks so the weekend wasn’t that costly either.

However, the main reason we decided to go to Krakow was to visit Auschwitz, the notorious concentration camp. We went here Saturday morning, we took an hour bus ride from our hostel and started at the extermination camp first. It is worse than I imagined it. The barbed wire fences go on for miles and there are rows and rows of gas chamber ruins. The barracks where the prisoners slept were just pieces of wood stacked together. In the back there’s the crematorium, where the Nazis would burn the deceased bodies. Now there’s a tombstone there for all the people who lost their lives. 1.5 million people were murdered at Auschwitz alone. We also headed to Auschwitz I, which has been turned into museums. You walk through the buildings and you see different stories about the people who were imprisoned. It was heart breaking. To see where they lived and how they were treated was truly an overwhelmingly sad experience, but I’m glad I saw it.

So for the first time since I came here, my roommates and I decided to stay in Prague for the weekend instead of traveling to other places. Since we are here for this whole semester, we haven’t really put any time aside to go and do all the tourist activities in Prague yet. So we spent the weekend in Prague. Some things to see here are the Charles Bridge, the Lennon Wall, the Prague Castle, and the Astronomical Clock in Old Town Square. In all honesty, it was a really nice and relaxing weekend. Long bus rides and plane rides are really exhausting and so it was nice to have a little break and not have to pack up for a weekend. The bridge was probably my favorite part of the weekend. My roommates and I went at night and so the entire city was lit up. I can’t really describe how beautiful it was, I wish I could though. I’ll post some pictures but they don’t truly capture it… It’s just insane that I’ve read about the Charles Bridge and the history of Prague and all this stuff but I never thought I’d actually be living here. Sometimes I take it for granted that I live here temporarily, but other times it hits me all at once and I’m so grateful. I really hope you all get the chance to come here someday. Prague is such a magnificent city and it’s really starting to feel like home. I don’t know how I’m going to leave this place in December. 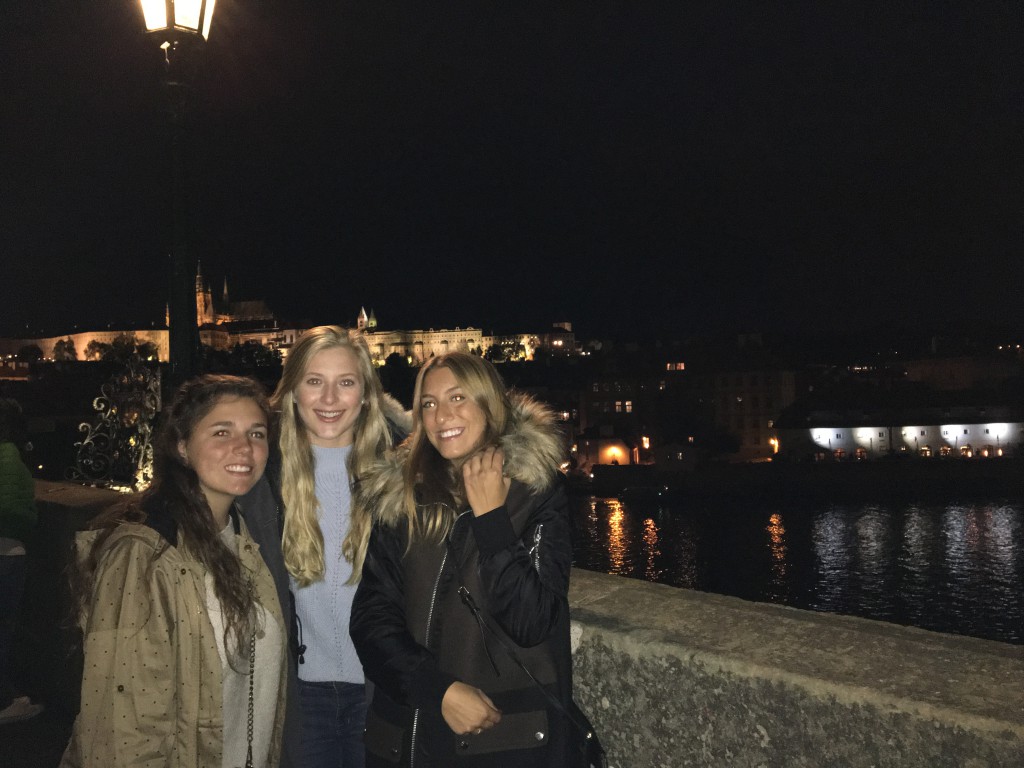 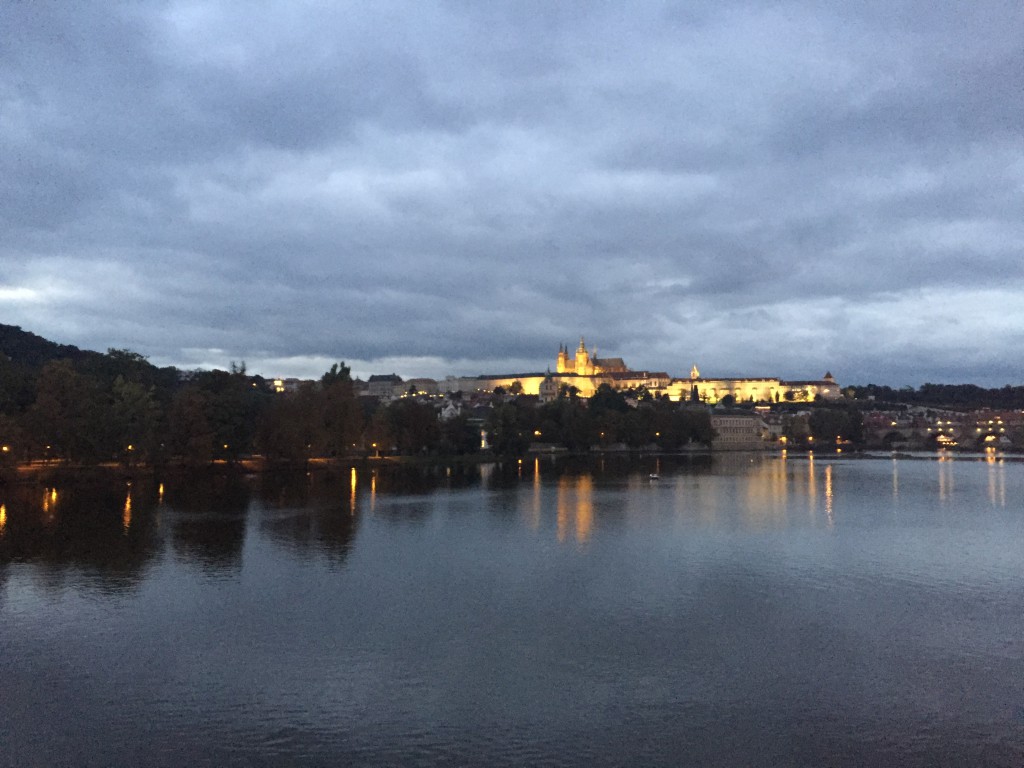 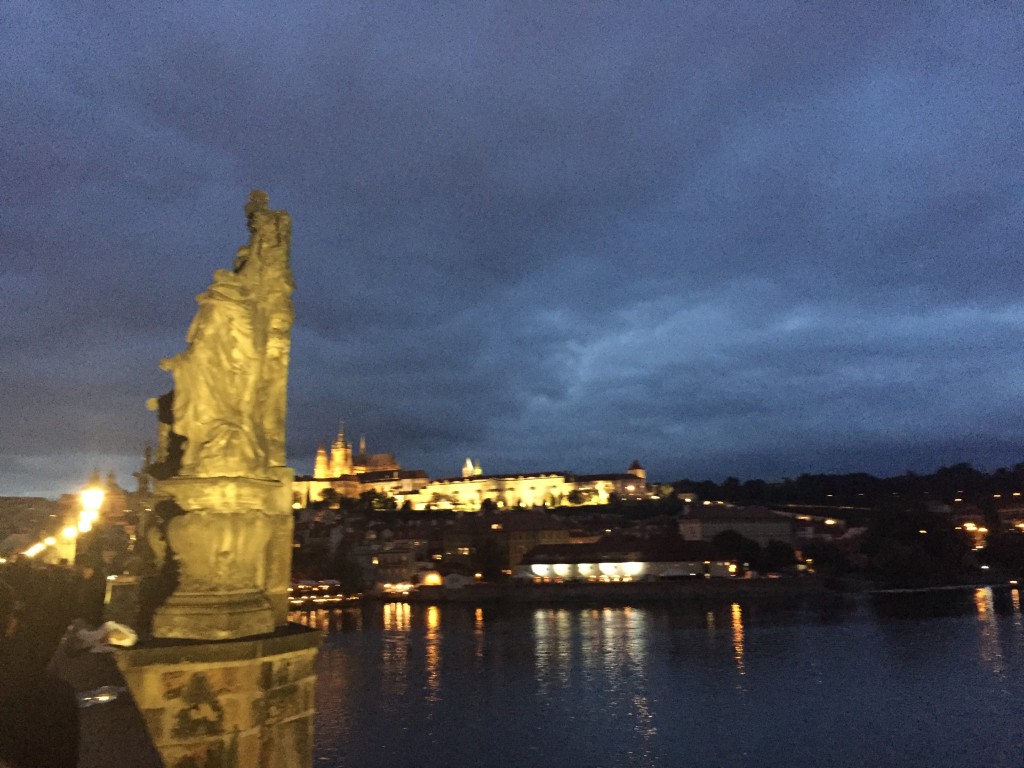 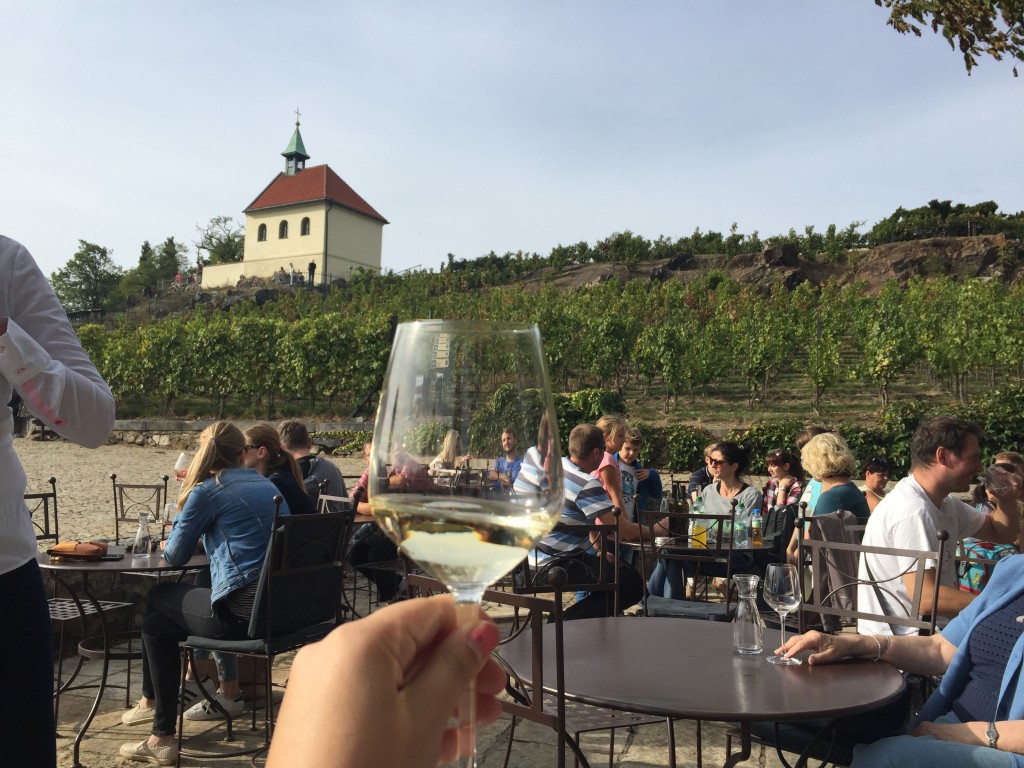 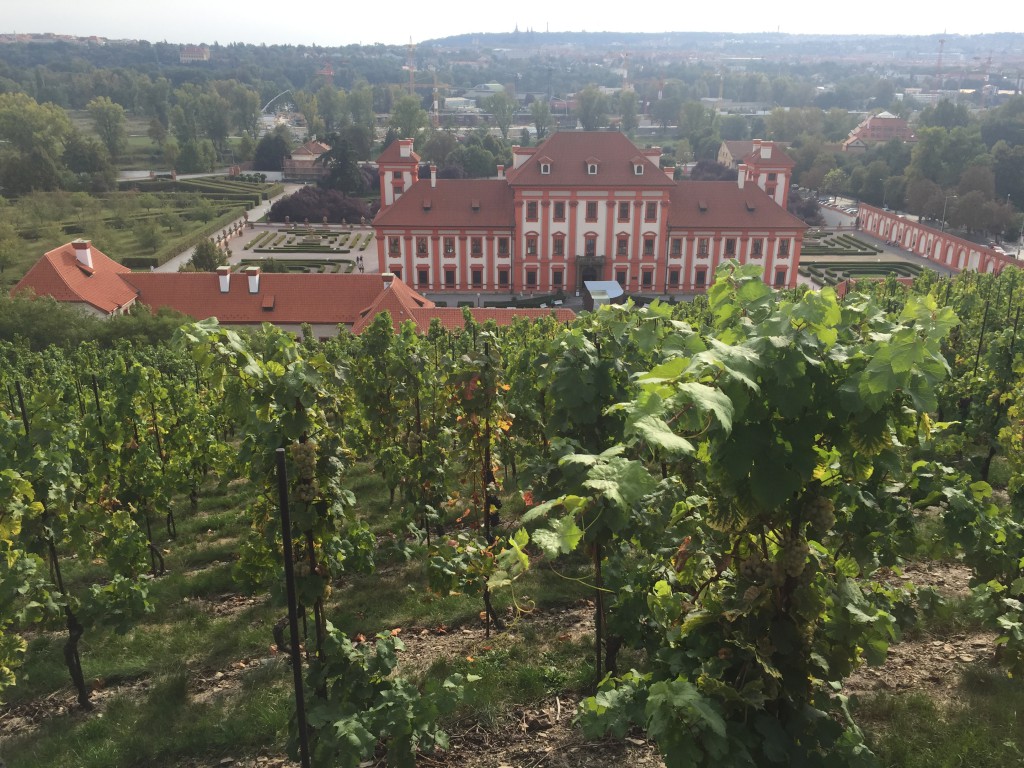 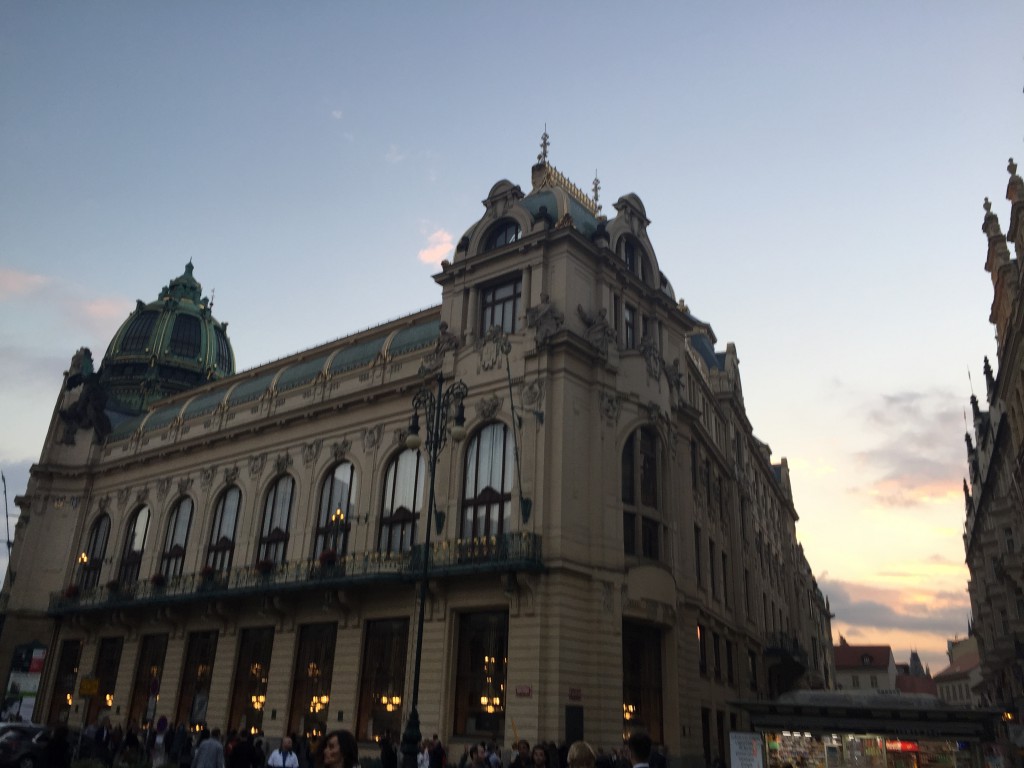 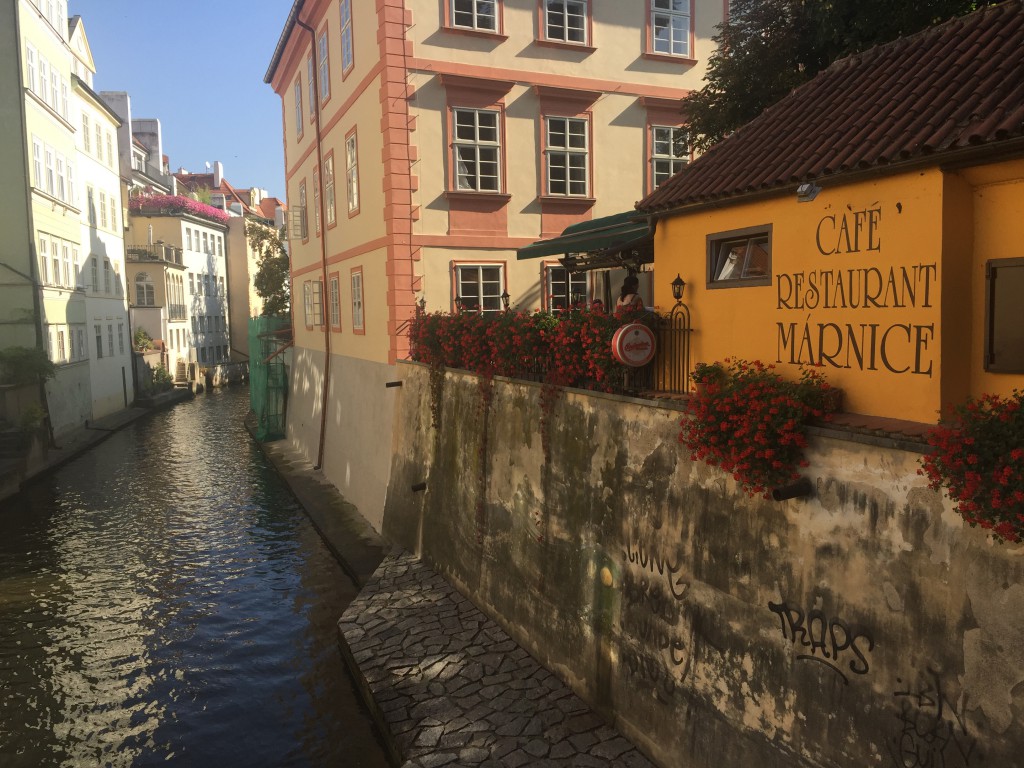 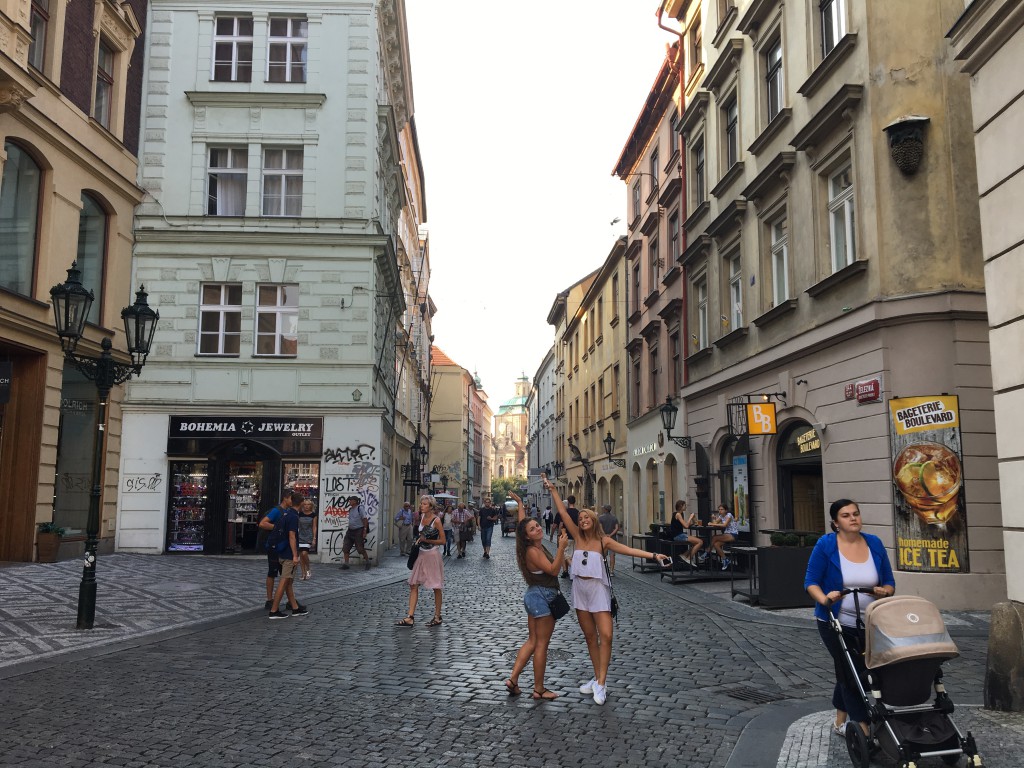 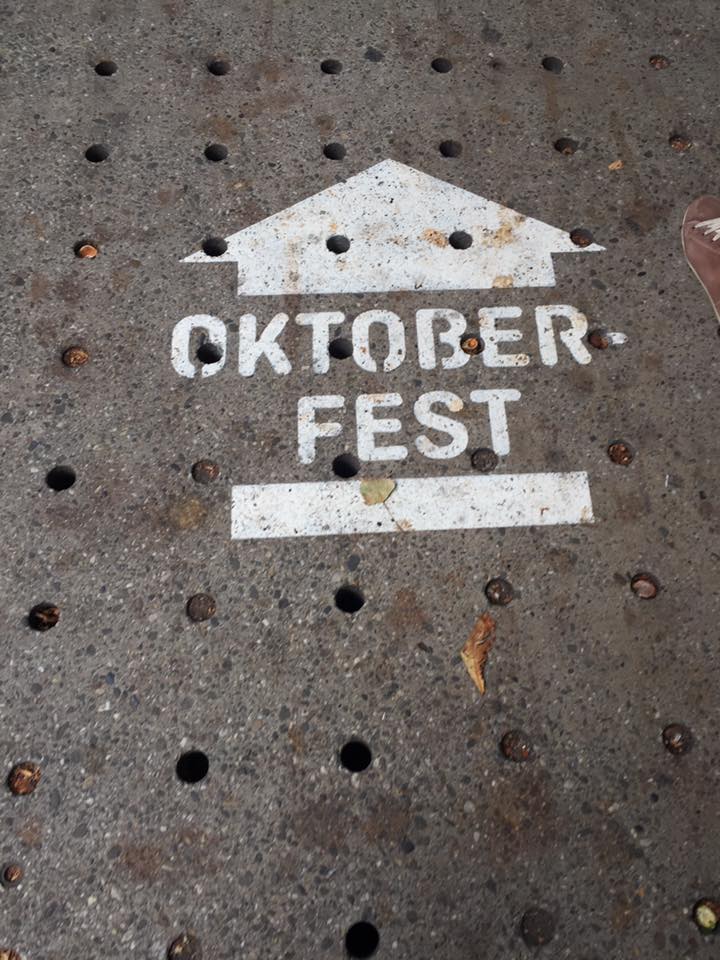 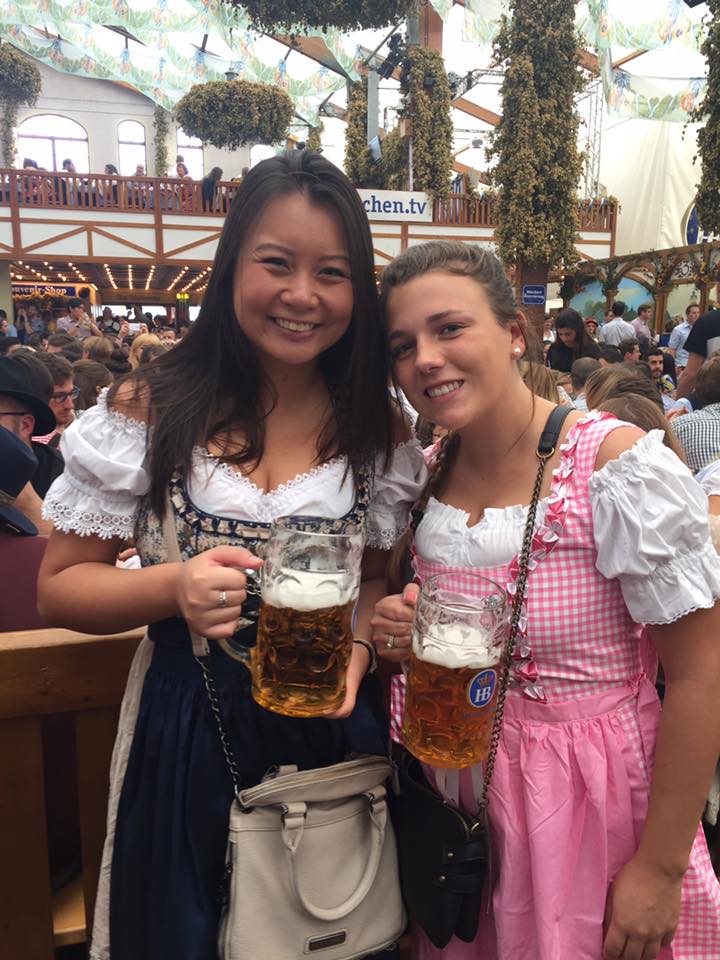 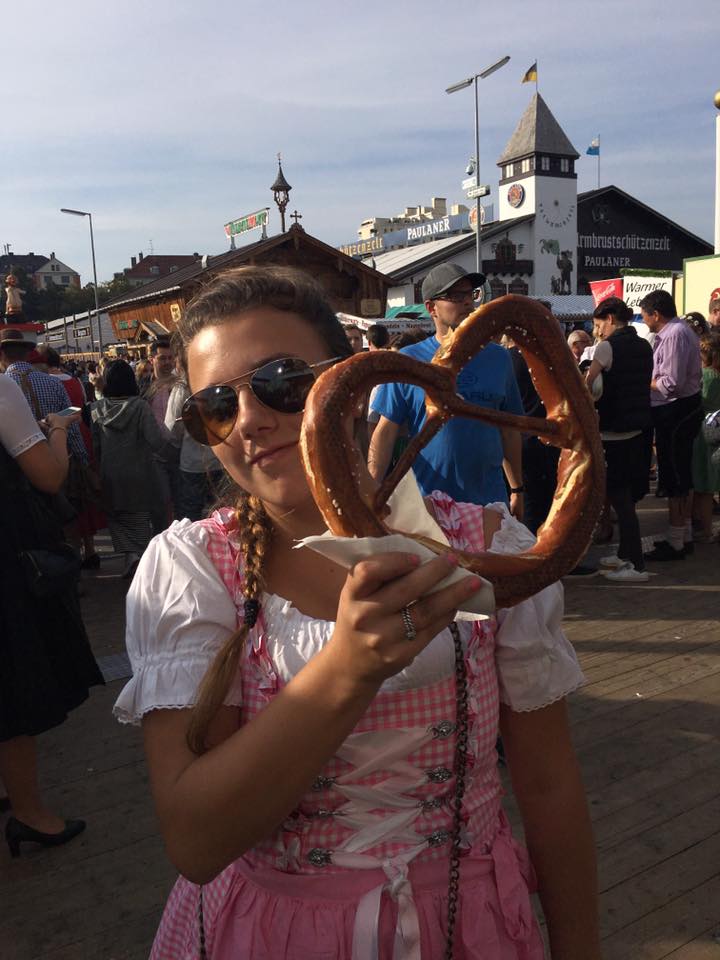 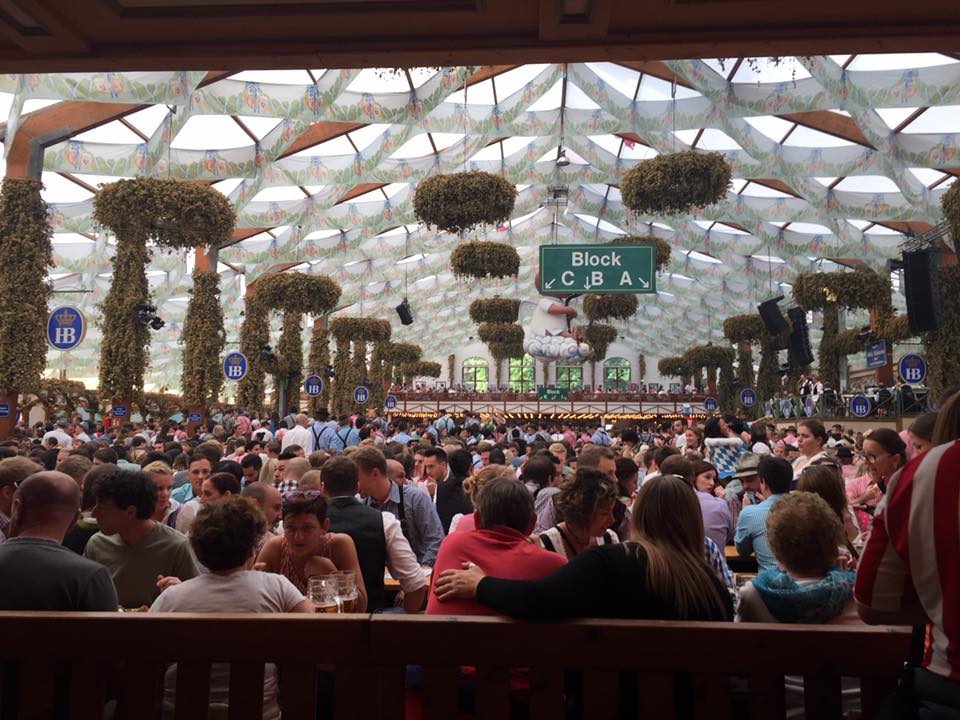 This past weekend was awesome. I went to Oktoberfest in Munich with my friend Alisa from back home (she’s studying abroad in Mannheim). For those of you who don’t know, Oktoberfest is basically this giant beer festival in Germany. Everyone wears traditional lederhosen outfits and drindls and drinks over-priced, extra-large beers. We stayed with a legitimate German family of 4. It was honestly such an interesting experience, it kind of felt like living in a home-stay with a host family. Like we would wake up and the kid would literally be playing with legos in the room next to us. Only the father spoke english though, so he was the only one we could verbally communicate with. But it was definitely a good way to get to know a little about the way of living in Munich.

Anyways, so Saturday we woke up around 9ish and got ready for Oktoberfest. To find it all we had to do was follow the crowds of people dressed in lederhosen outfits. The whole area was filled with rides and tents, it looked like an amusement park. There are many beer tents but we went to one that most people recommended to us. When you first walk in, it’s so overwhelming and hectic. It was so crowded and there was at least 10 people on the tables and it was just insane. So once we got in, we immediately went to order a beer. Each beer is like 10 EUR but you can’t go to Oktoberfest and not get one. It was so weird because you see people that you recognize. I saw someone from my old school and I also saw people from my program that I had no idea were going to be there, and everyone sort of links up even if you barely know each other. Honestly, there are people that are able to go early in the morning and last all day, however I am not one of those people. We ended up leaving around 6ish. However, it was honestly an amazing day. If you are ever abroad in the fall, I definitely recommend making your way to Oktoberfest, it was certainly an unforgettable experience.

The next day when I went to leave, I realized I booked the wrong bus ticket. Instead of a ticket from Munich back to Prague, I booked a ticket for Prague to Munich. Since it was Sunday, the ticket booths were all closed so naturally, I started to panic. I don’t have an international cell phone plan so I couldn’t even buy a ticket online. So I was pretty desperate. I decided to try my luck at the bus station and see if I could just get on a bus heading to Prague. So I went to the departure place and handed my ticket to a bus going to Prague and the bus driver didn’t even question me, I don’t think he noticed that the ticket was for Prague to Munich. So I just sat in a random seat and hoped for the best. Surprisingly, it all turned out okay. I made it back to Prague and made a few friends on the  bus along the way. In all honesty, I was really lucky. So just a tip; when you buy a bus/plane ticket, always always always double check them! Learn from my mistakes!

Although my departure was really stressful, Oktoberfest was 100% worth it! It was an awesome experience and such a fun weekend. Munich is beautiful and the ride there was scenic as well. If you have the chance to make it to Oktoberfest at some point in your life, go for it! You won’t regret it.