July 10th we had a guided walking tour of Les Halles. We first met at ISA to take the train all together to ensure we would meet our guide at the correct place. Before leaving for the train, a few of us decided to look for a quick breakfast to take with us. We found a bakery that had meringues that were larger than softballs and that looked very delicious. All the colors brought us into the store and our food there was really good. After we arrived we met our tour guide who was very enthusiastic to meet us and show us around the neighborhood. We first started closest to the metro stop and we ended at a beautiful old cathedral that we were told had finally been done being renovated and you could actually, for the first time in a long time, see the front of the church. It was very cool to see where some of French history’s most important people were buried, including the treasurer to King Louis XIV, who was brought to the cathedral at night because his taxation of the poor made him unpopular, and the French thought that people would essentially attack his funeral. The tour guide was also awesome because she was incredibly enthusiastic and very well prepared. She walked with a journal with fabulous maps and different visuals of what she was talking about. This was really cool because if she was talking about how a building changed over time, she was able to show us that transition through her images she brought as opposed to saying this building used to have wood but now it looks completely different. After we had our guided tour we had a few hours to walk around, shop, and eat before our film class. 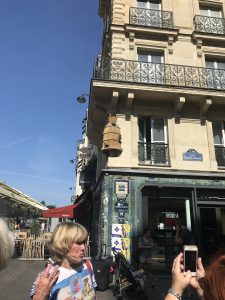 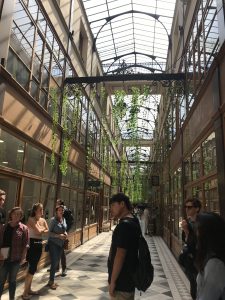 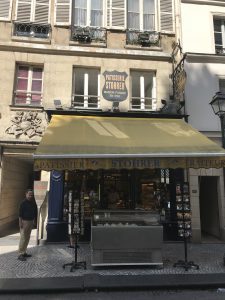 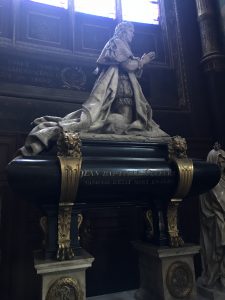 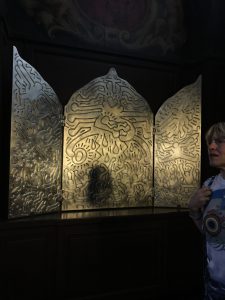 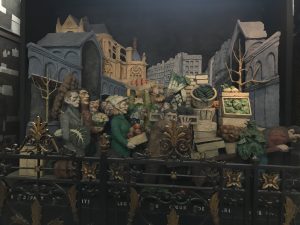 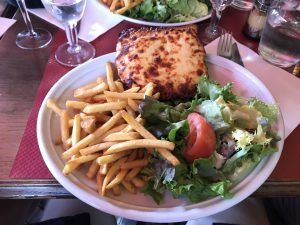 We all later regrouped at 3pm to have our film class in the ISA office. During this time we discussed the movies, An American in Paris, Midnight in Paris, The Women of the 6th floor, and Paris Je T’aime. We spent the majority of the class discussing The history/ time periods of when these came out. We also spent time watching clips from Paris Je T’aime while making note of what was “Paris” and what influence did the director have.
After film class, we had some time before the football match would start so Jenny, Aidan, Anna, Austin and I decided that we would look at the Saint Chapelle church. At first, we were unimpressed by the first floor but Anna shortly took us upstairs to be absolutely blown away by the incredible stained glass that filled the room. Stained glass was used to tell the stories of the bible for people who were illiterate so they could still learn the stories. For me, stained glass is one of my favorite things to look at and I still cannot believe how captivating the room was. Also included was another portal of the Last Judgement above one of the doors to the back side of the upper room. The Last Judgement portal on Notre Dame is more elaborate, but it was still cool to see that connection. 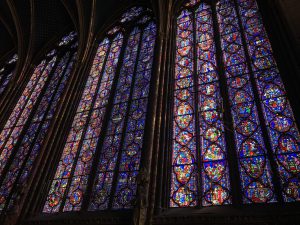 For the world cup game today, France and Belgium were playing to move on to the finals. We all decided that we were hungry so we found a nice restaurant in a good neighborhood that was right off of the metro we all take home for the most part. It was very hard trying to find seats even an hour before the game because people had been camping out all day reserving their spots. We ended up deciding to go to a very nice restaurant right next to the Saint Placide metro stop that had very nice chandeliers everywhere and where we had a perfect view on the television. We all got food which was delicious and watched the game. It was really funny to see how much everyone got into it because in America we don’t have many sports where people go as crazy as they do here for soccer. It was a very intense game with a lot of screaming. It was really fun to see how everyone came together to watch and support their team with blue, white, and red whether they were wearing a jersey, makeup, a flag, or whatever other things they may have had. Once the game finished we rushed to get home before the crazy crowd would be on the metro. Thankfully we were in a really safe and nice neighborhood and we all got home safely which made the experience 10x better. I cannot wait to see France play again in the final on the 15th. Allez Les Bleus!!! 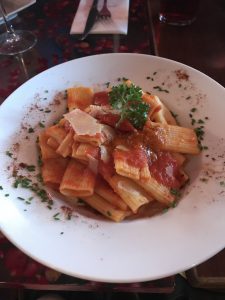 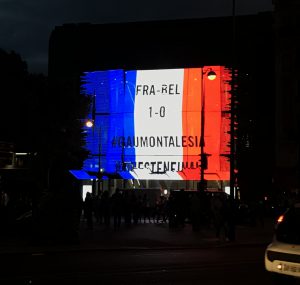