July 9th, we started the day off by meeting at the metro stop St-Lazare before we would board a train to Giverny. Many of us came early to make sure he wouldn’t miss the journey to Normandy to visit Claude Monet’s house. We went to Brioche Doire, which seems to be the French equivalent of a Dunkin Donuts for breakfast and it was affordable and good. After eating a quick breakfast, we boarded the train which took about a half hour to leave the station, and we got to Giverny. 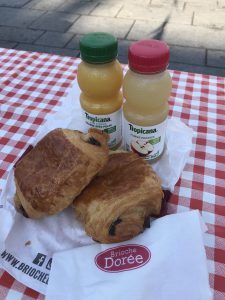 At Giverny, we did a cafeteria-style lunch where we all picked what we wanted, essentially a la carte. We got foods that were specialties of the region of Normandy, and Normandy is known for cream and dairy so I had cheese and potatoes and cream and chicken. The food and desserts were great! For dessert, I got a religieuse which is two choux pastries filled with chocolate crème and they were outstanding! I had learned about them in my French high school class, so when I finally got to have one I was very excited! 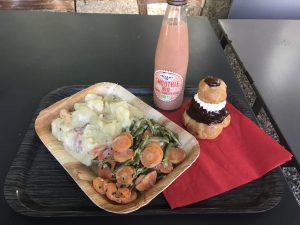 After lunch, we went to the gardens, and more specifically, the water garden. To say that this lived up to my expectations would be a severe understatement, it wildly surpassed them! The little pond and the water lilies were just stunning. We learned about Monet took a trip to paint the Eiffel Tower, and while there, found water lilies at the Trocadero. It quickly became clear to him that he should paint the lilies instead of the Eiffel Tower. Another fact we learned about Monet was that Monet never painted nudes, which I found interesting. Our tour guide was very informative and just to see the garden where some of the most iconic impressionist paintings were inspired by and created was incredible. It was awesome to see how the light constantly changed and it made me think to myself how, personally, I would feel really frustrated painting there because of that constant change. However, for Monet and the impressionist painters, that was the essence of their craft. To catch that fleeting moment, to paint when the light was bright, but to have it quickly change, for them really encapsulated the feeling of the time that the world was changing, and everything was moving much faster due to technological advances in society. 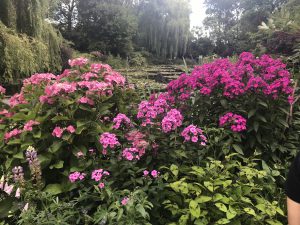 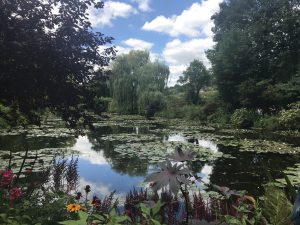 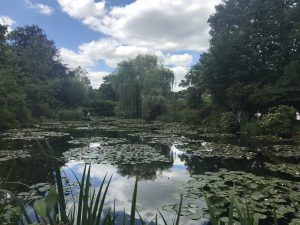 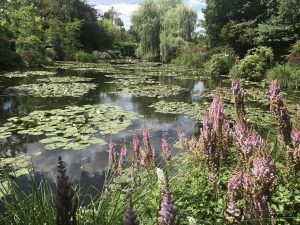 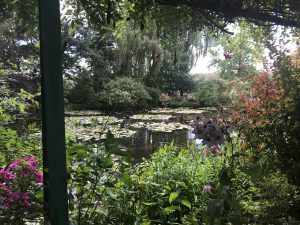 The garden then by the house has flowers in rows and it was really cool to see. The entrance to the house where Monet would impress his guests by taking them into the garden and seeing how beautiful all of the rows of flowers were. I took lots of pictures of all the different flowers because many of them I had not seen before. Truly, this visit to Monet’s house and Giverny was one of the many highlights of the trip. 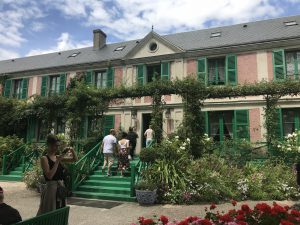 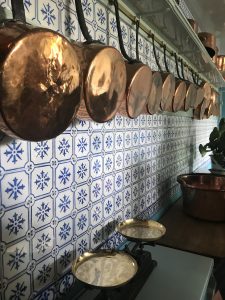 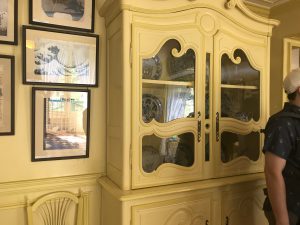 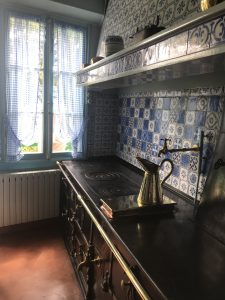 Unfortunately, on the way back our train was delayed about an hour, but this still was a good traveling experience because sometimes things do not go according to plan and you must adjust for it. These are things that you must learn to deal with and experience when traveling. The trip is not only discovering the francophone world, but it is also discovering how to travel, and how to be a smart traveler. Upon returning, Aidan and I went to get a preview of Les Halles and go to the store GO Sport, where I got a France world cup jersey that I really liked and had been searching everywhere for. I also got makeup that was blue white and red like the French flag to put on people’s faces for the World Cup semifinal against Belgium the next day. I was very excited about it, and at dinner, my host mother surprised me with a France shirt because she knew I was searching for one the whole trip. It was incredibly nice of her and I cannot thank her enough for looking for it and thinking of me.