On July 5th, we headed early in the morning to the Musée D’Orsay, a 19th-century train station that was turned into a museum to house 19th-century art. I referenced this before in my earlier post, but the French do not simply do away with buildings that aren’t being used. Their culture and their importance on it is not about “out with the old, in the with the new” it is certainly more focused on the “old” being repurposed, as was the case with the Musée L’Orangerie, the Musée D’Orsay wasn’t being used but they didn’t tear it down. They kept it, and it being where all the 19th-century art is held is perfect because it is a 19th-century train station. Cast iron, the gigantic and beautiful clock that hangs above the entrance, set the stage and the context that really makes you feel like you’ve taken a step back a bit in time to view the art of the time. 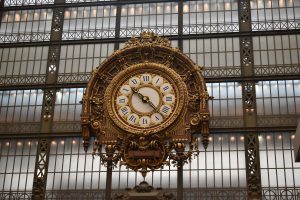 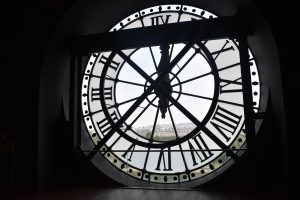 First, we looked at a few paintings that the art academy of the time really loved, like the Birth of Venus and Rosa Bonheur’s Plowing in the Nivernais, the only non history painting to be awarded the top prize by the academy during the 1849 exposition. We learned this was because of the destruction caused by the Workers Revolution of 1848, people really appreciated any art that took them away from the war zone that was Paris, and Bonheur’s painting did exactly that. 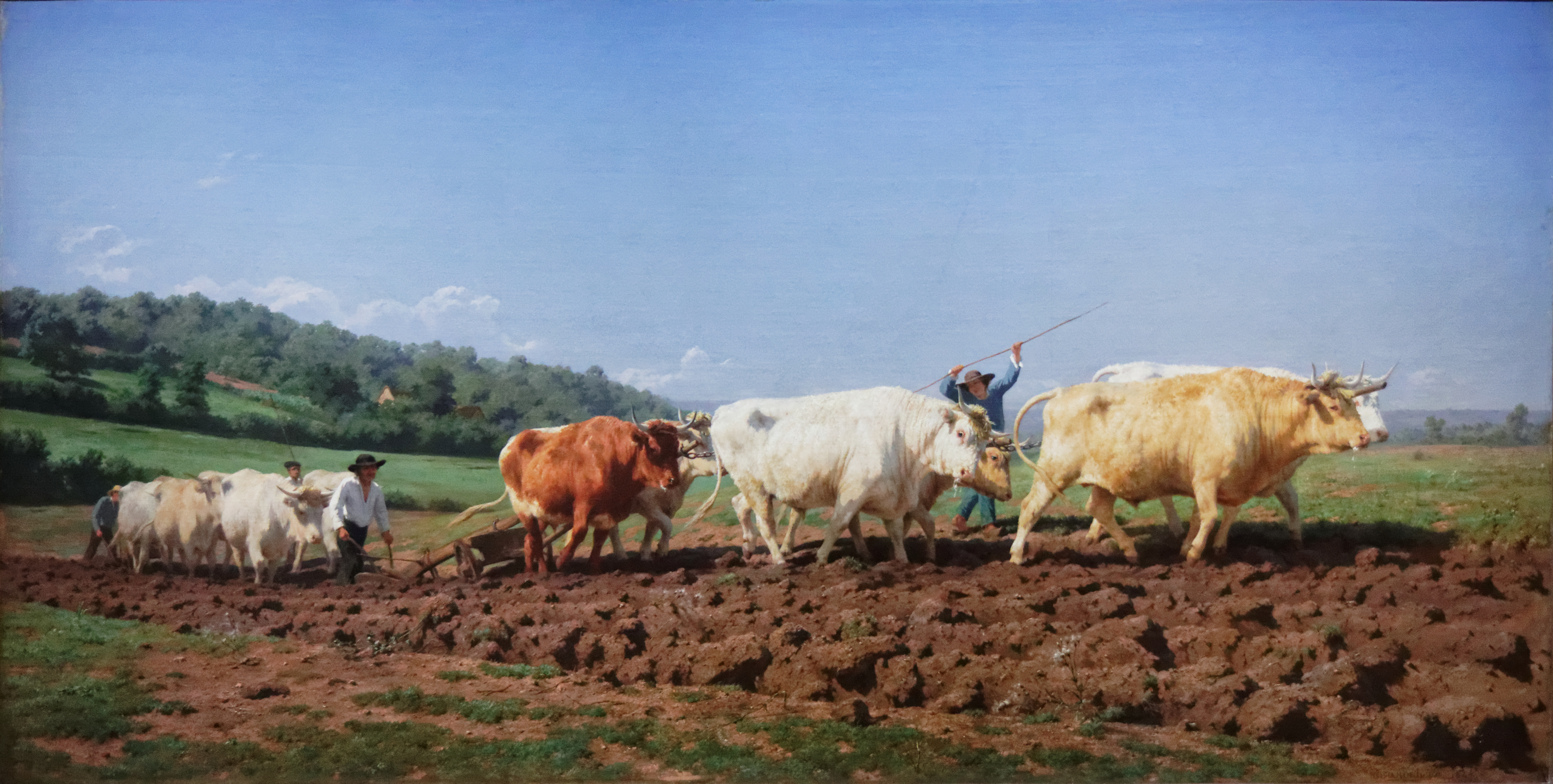 Moving forward we looked at impressionist artists, including but not limited to, Monet, Manet, and Caillebotte. These artists tried to capture the idea that during the 19th century, the world was changing, and it was changing fast. The industrial revolution as we have discussed on the trip has revolutionized the way people think about work and introduced the idea of leisure and the “weekend.” So these artists, especially Manet and Monet start painting with quick brush strokes, and the paintings themselves become more abstract but are there to simply catch an impression, a quick glimpse into the life of the subject because life now moves so fast you only have time for a minute. I certainly feel that this applies today and how things just move so quickly and the internet amongst other things have really made the world interconnected. I think the impressionists captured what they were going for and the mid-19th century really is the middle of the transformation of human society with the development of railroads and steam engines, etc. 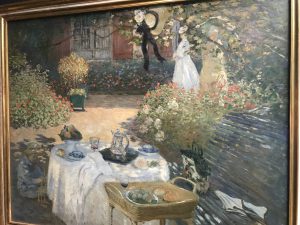 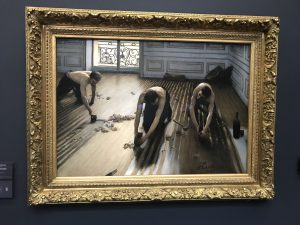 After the Musée D’Orsay we went back to have lunch, Aidan and I ate at Le Quartier de Notre Dame, a nice little cafe and it was very good! 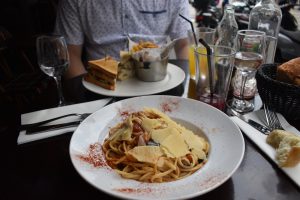 After that, we went back to ISA to have a class about the films we were supposed to watch. They included an 1895 Lumiere Brothers film, A Trip to the Moon (1902), Au Bonheur des Dames (1930), Amelie (2001) and Paris (2008). The 1895 Lumiere Brothers movie was very much a more documentary style movie, as were Au Bonheur des Dames (the emergence of department stores) and Paris (the city itself being almost a character in the movie). Meanwhile, Amelie and A Trip to the Moon were more creative, had more plot development and character development and were quite quirky and, in my opinion, impressive films. The discussion was about an hour and it was interesting to hear the different students’ perspectives on the different films we watched and to also hear Professor Salmon’s input on the films as well. After the discussion at ISA, I returned back to my homestay but first went to the grocery store. I went to a “bio” grocery store which essentially means a focus on organic foods. I have multiple allergies so usually, these stores have things that I can eat like gluten free and peanut free foods for example. It is just nice to know that even though I have these allergies I can find food and not have to really worry too much about what I am going to eat. We ate dinner a little bit earlier than usual, 11 pm, which is still late but it’s not as late as it has been and what can be typical for a French family. All in all the trip to the museum and the discussion made day number four of our trip and exciting and eventful one!