By Zack, Erin B., Michelle, Dan, and Katrina

When we started this trip, we were leaping into the unknown. None of us knew each other, some of us had never been to Paris before, not everyone spoke French, and not all of us knew the professors.  But over the course of 18 days the unknown became more familiar.  We did not just learn new things about the city and Parisian culture, we also learned a lot about each other. We all came from different backgrounds, majors, family dynamics, towns, and were a diverse age group. The only thing we had in common was our three week trip to Paris. From sharing meals to traversing the city together, we grew closer, forming bonds that will last much longer than the short amount of time we spent here. 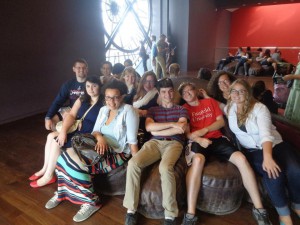 It all started hanging out on the lawn behind the International House at the Cite U.  We would lay out on blankets and talk until the late hours of the night.  From there we only grew closer through our long walks across Paris, crowded metro rides and our much needed extended lunches.  We quickly found that the students who just days ago were strangers were now some of our closest friends.  Even when we split up into smaller groups, we were never disappointed with who we ended up with.  We bonded over trying Turkish street food and a variety of different cafes. Most of all, we looked forward to eating dinner together as a whole group to share the day’s experiences. 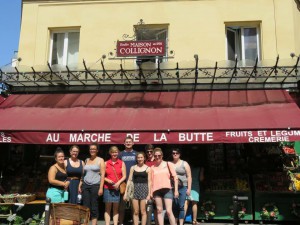 It didn’t take long for us to start planning our reunions in the US.  Despite coming from different backgrounds, we shared new experiences and formed a group idea about the city of Paris.  If any of us ever make it back to Paris, it’ll never be as sweet as this trip when we were all together.  We miss our families back at home, but going home means we’ll miss our UML in Paris family.

We started off as ten strangers but left as ten friends. 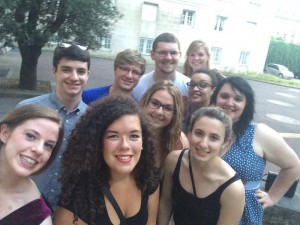 Today was another long and sweltering hot day in Paris, but it was a very exciting day as well. After our first breakfast in France (croissants and espresso!), we got our introduction to the vaunted Paris Metro, famous for being fast and efficient, and for having so many subway stations you are never more than a ten minute walk away from one. After getting our Navigo passes, which are the cards that are used with the metro system, we set out to use the metro for the first time in order to pick up the sim cards for our French phones. After taking the tram, an aboveground train, to a subway station, and riding the subway for two stops, we arrived at the rue de Alesia. I have to say, the Paris metro lives up to all the hype. Walking down the rue de Alesia, we discovered that the cell phone store was no longer there! This was by no means a waste of a trip though. In addition to using the Paris Metro for the first time and walking in the breathtaking streets of Paris, we also stopped at a store to pick up a few things. We then had lunch at this awesome kebab place.

After walking back to the Cite U, we were treated to a guided tour of the campus. An architecture student who lives at the Cite U taught us more about the history of the Cite U and the architecture of the buildings, with a focus on the Swiss house and the Brazil house. The Cite U was an institution that was created after World War I during the brief period following the war where international cooperation and peace was sought after and encouraged, à la mode de the League of Nations. Several important figures and philanthropists, including André Honnorat, the founder of the Cite U, came up with the idea to build an international campus in Paris so that college students from all over the world cold live together, thus fostering friendship and international cooperation. John D. Rockfeller contributed to the Cite U as well; his donation was used to build the international building. The Cite U was built on empty land that had been on the other side of the old Tax Farmers wall, on the edge of Paris, before the wall was demolished at the end of the war. The location was favorable because it was next to a railway line, as it still is today. 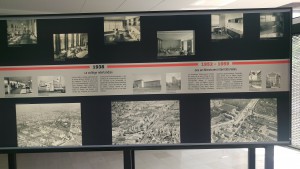 Historical Timeline about the Cite U 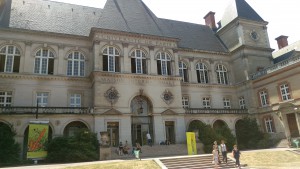 As we walked around the campus, our tour guide pointed out different buildings to us, such as the Japanese House, Italian House, and Fondation Biermans-Lapôtre, for students from Belgium and Luxembourg. However, the two houses we focused on were the Swiss house 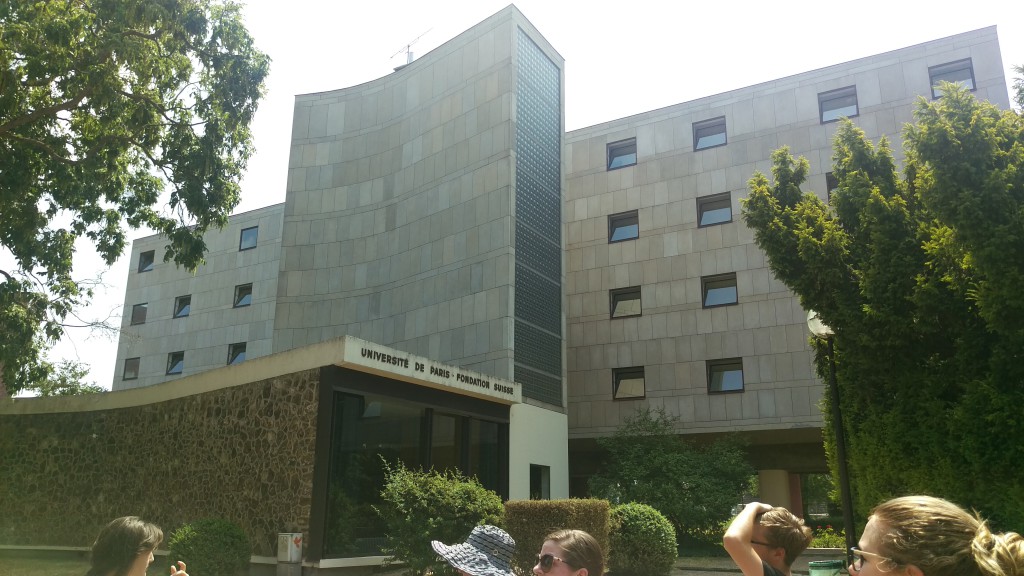 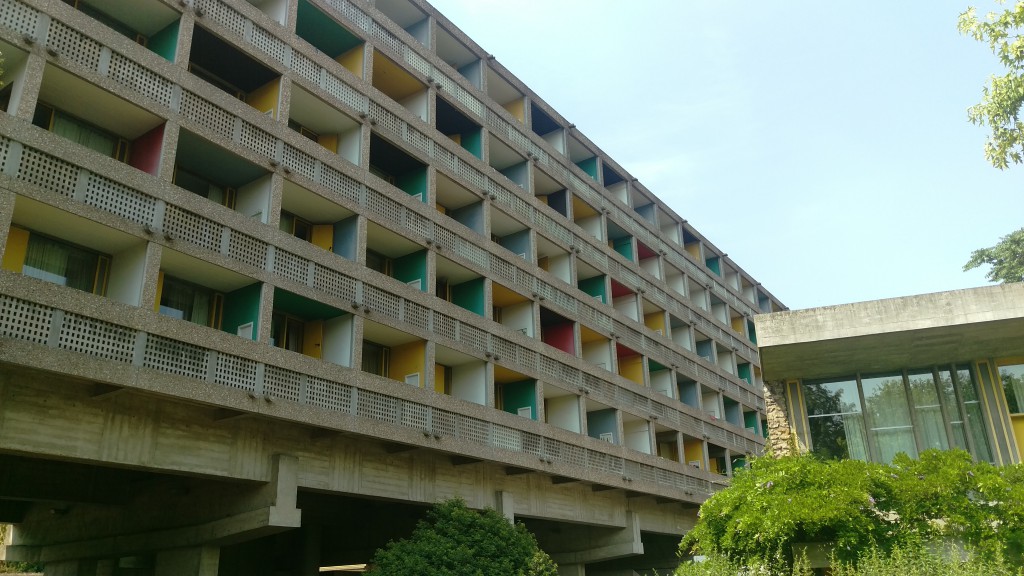 Back of Brazil House 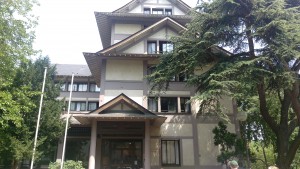 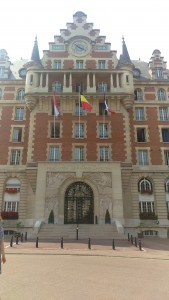 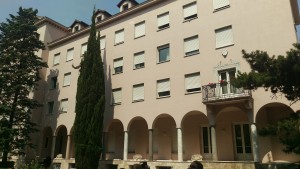 After our architecture tour, we went back on the metro to the phone store and finally got the sim cards for our phones. Then we went back to the Cite U for dinner and to watch our first movie, Paris, je t’aime. It was a collection of funny and thought-provoking short films, each about a different arrondissement of Paris. They were all love stories in their own way.

Tommorrow we head out for an open bus tour of Paris! Can’t wait!