Today is the high point of our tour, both literally and figuratively.

Today is all about Montmartre. Au Lapin Agile is one of the oldest cabaret in Paris, which was built in the 1860’s. It is pretty small, you might not even notice them when you pass it by. But it was the favorite place of many many artists, writers, and painters. Such as Picasso, Modigliani, Apollinaire, and Utrillo, just to name a few. On the front wall of the cabaret, there is a rabbit dancing on a pot, which is a signature of the cabaret. A lot of interesting stories happened here. For example, Picasso gave one of his paintings to the cabaret’s owner to pay for his bar tab.  The owners sold the painting a few years later for twenty francs. In the 1940s, the painting was sold for 42 million dollars at auction! 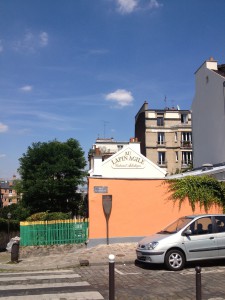 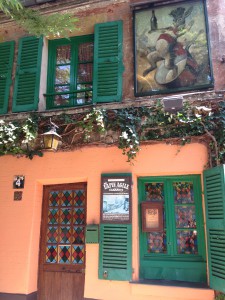 Sacre Coeur is a church built in the 19th century. What’s special about the church is the location. People can see the church from almost every corner in Paris, and we can also see the amazing view of Paris in front of the church, so it becomes the best place to take pictures. Also, people believed that the church has the relic of the heart of Jesus. 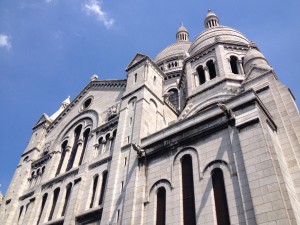 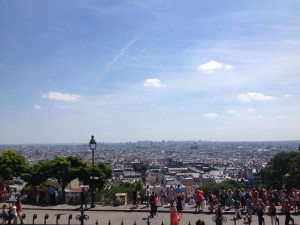 Tonight everyone came back really late, so we will finish the rest of the post tomorrow.