There were A LOT of pictures taken of and on the Eiffel Tower as well as the River Seine. There were also a lot of facts being thrown around. Therefore, enjoy a rapid fire of pictures and facts! 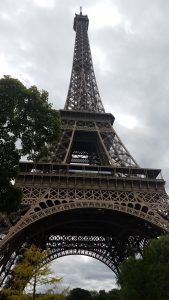 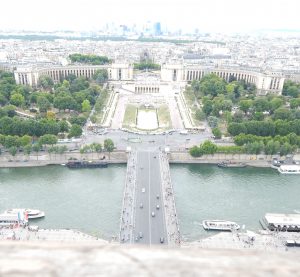 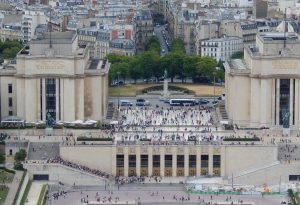 I think that’s it for facts! Credit to Wikipedia and the Tour Eiffel site for helping refresh my mind on the information given during the tour. Too much info to keep straight.

A few of the photos were taken during the River Seine tour since a lot of the buildings could be seen from the water. There’s too many photos to share from the Seine (over 200), so here are some of my favorites. 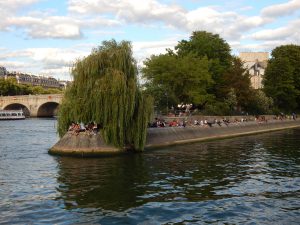 People are very adventurous with their sitting along the Seine River. 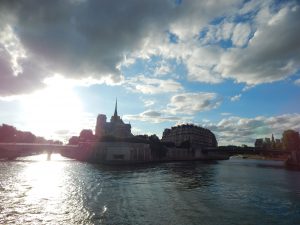 Notre Dame actually sits on an island in the Seine. 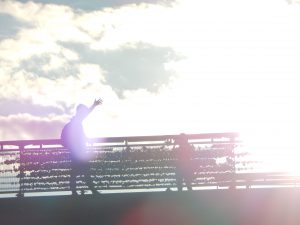 There were so many people on boats, bridges, and along the edges that would wave to us! I felt like royalty! 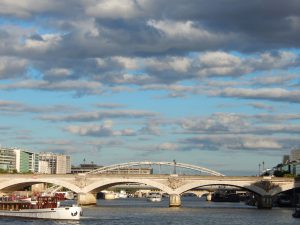 There are over 20 bridges crossing the Seine and each one is unique.

Oh I do have one more fact from the Eiffel. Yup, that’s the Lady Liberty the US gifted to France in return for our big one. Which was actually built by Eiffel himself. Our Statue of Liberty, received in 1886, celebrates our independence in 1776. This one, given to the French in 1889 is to celebrate the Revolution. Both symbols of freedom actually face each other. Even across oceans, our two countries are united.

Before we left the area, we did see a newlywed couple taking wedding photos. Paris is the “City of Love” after all. (SPOILER: This is only the first couple we saw) 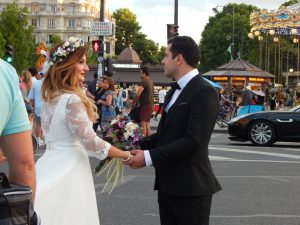