[EDIT: The timing of this post is off due to wifi mishaps and jet lag madness]

As I write this blog post I am on my second flight of the day on my two-day excursion to Delhi. I was given the opportunity to represent UMass Lowell at an international college fair for Indian students looking to study abroad in the U.S. Although I am very excited and thankful for the opportunity to visit a region of India that I otherwise wouldn’t have had the chance to see, I am also missing my new friends back at KLE. Me and the other American students have already created such close bonds with not only each other but also with the Indian and Chinese students in the program. We all come from such different regions, backgrounds, and cultures, but we are also so similar at the same time. From the time we wake up to the time we go to bed we share as much as we can with one another, whether it’s knowledge on the subjects we’re learning, educating one another on our own customs and cultures, or just exploring the area around us. I’ve already received “I miss you” messages from a few of my new friends, Aakanksha, Naveen, and Chirag. Aakanksha is one of the sweetest people I have ever met. From the first day we were placed in the same project group she has shown me nothing but kindness and love, as if she has known me for a lifetime. She explained to me “Athithi Devo Bhava” which means that Indians respect their guests as gods. Even if she accidentally kicks my foot under the desk she will apologize and do a quick prayer. I have never experienced such kindness from a person that I have known for only a week. In the U.S. I interact with so many people in one day and by the end of the day most of those faces and experiences leave no impact. In one single day in India I pick up knowledge, experiences and interactions that leave me happy, grateful, and excited to learn more.

Even our classes and assignments have come with an excitement that you can’t duplicate in a U.S. class setting. On January 2ndeach project team was given 500 rupees (roughly 7 dollars in America) and we were told to invest the money in anything of our choosing and somehow find a way to make a profit back. Immediately every group had started plotting ideas that would result in the largest return. My group started throwing out ideas like reselling Indian jewelry, online click advertisements, personalized paintings, and even selling real life kittens. Some of these ideas were a bit far-fetched however, so we ended up deciding on candy grams for students to send to one another within our hostel. The first problem we had with this idea was explaining what on earth a candy gram was to the Indian and Chinese students. I hadn’t realized how American the idea was until it took me 5 mins to explain that it was essentially a candy delivery service with a personalized note attached. But once we overcame this speed bump we were open for business.

While our team was in search of customers, every other team was hard at work making items by hand, bartering with one another, and looking for any possible way of making a quick profit. It was an amazing sight to look down from the 2ndfloor of the scholar house and see students interacting with intent during all hours of the night.  All of the items the American and Chinese students had brought as gifts had turned into a way to make a quick profit. Although we had all become so close by that point, we were acting as business men and women and friendships were put on hold for a few days. At the end of it all I ended up with mehndi, Chinese bookmarks, artwork for my family, and other homemade gifts. I likely paid more than I needed to for these items but all the profits we made went to charity and it was too fun not to join in on the bartering.

So far, I am having a wonderful time, learning more than I thought I would, and looking forward to what comes next! 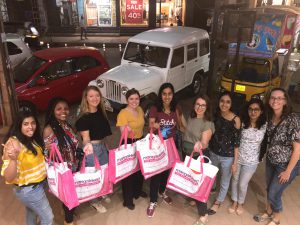 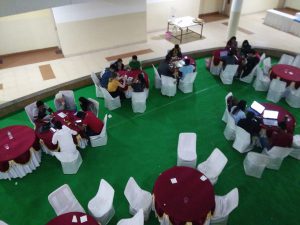 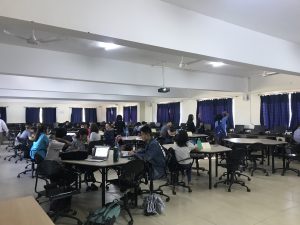 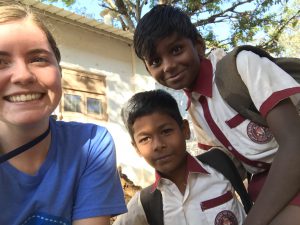 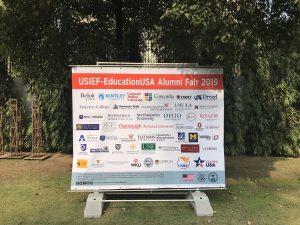 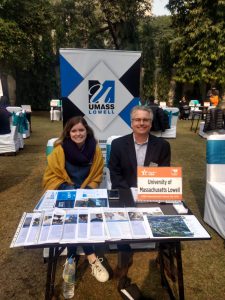 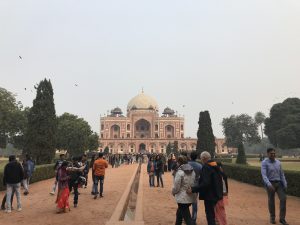 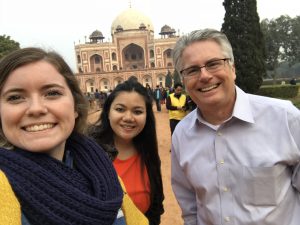 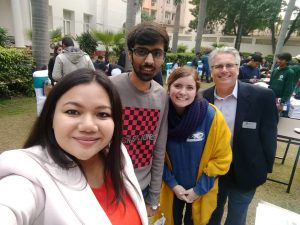