Today was a day full of history and life. Our day started in Old Havana. Early in the morning, our reliable and personable bus driver, Arturo, dropped us off at the mouth of Old Havana, which also happens to be next to the mouth of the Port of Havana. From there, you could see countless remnants of the Spanish colonial empire that used to exist there. Across the waterway, we could see a colossal stone fortress that seemed to extend for hundreds of yards. In the Plaza de Armas, we were surrounded by a church, an old castle, the former palace in which the Spanish colonial governors would live, and a lovely garden in the square.
As we got closer to these only monuments, the footprint the Spanish had left behind became more and more apparent. Not only were these buildings European in their architecture, but the artwork they held was of Spanish conquistadors and Christian missionaries; things that were not native to Cuba before the Spanish arrived. I was impressed with the degree of preservation the Cubans were able to achieve with the buildings. Some of the buildings were hundreds of years old, but it was very apparent that the Cuban government took a lot interest in assuring that the buildings stay around for people to see and appreciate.
As we began to walk through the rest of Old Havana, we immediately sensed that we were walking through a time machine. As hinted by the name, Old Havana had a lot of old buildings. Many were in disrepair, and a lucky few looked like they likely did when they were built. One of those buildings was a hotel in which Ernest Hemingway spent countless nights in Havana before finally settling down in a house not far from the city. Five stories tall, with a rooftop bar, an old-fashioned elevator, and a lovely open floor plan, the building was painted bright pink and was a popular tourist attraction. A quick side note: Cubans really like Ernest Hemingway. There are countless paintings and monuments to him throughout Havana.
Continuing to walk through Old Havana, it became clear to us that the economic situation in Cuba is not up to standards with what we Americans were used to. One cannot walk 50 feet without seeing a tiny derelict shop selling the same exact stuff as the shop next to it. The shop keepers are constantly calling out to try to attract business. The restaurants were similar; there would be salespeople sent out sometimes over 100 meters from their restaurant to try to pull tourists in from busy streets. There were countless beggars and stray animals. There are many people struggling to make ends meet in Cuba, which made it hard as a tourist because there was an expectation that I always had money to give.
After a long stroll through Old Havana, we then took another long stroll through the neighborhood that surrounded our residence, known as Vedado. Vedado can be thought of as the Cambridge of Havana. It is almost at the heart of the city, but it is a quiet pocket of residential neighborhoods which, as with the rest of Havana, varied from literal piles of rubble to beautiful Spanish colonial homes. Must like Cambridge, Vedado is somewhat of a cultural hub with a lot of underground bars and music scenes. For example, Arturo dropped us off in a park with a statue of John Lennon, which is conveniently next to a night club known as the Yellow Submarine.
Between Old Havana and Vedado, we took a short stop in a giant place known as Revolution Square. It is a huge open area surrounded by government buildings, and, at its center, is a 109m tall tower with a statue of Jose Marti, Cuba’s revolutionary founding father. On the walls of the surrounding buildings are the faces of Che Guevara and Fidel Castro. I was impressed with the scale of the place; it truly was vast. I was also struck by how Cubans were so proud of their revolution. I appreciated the strong sense of national identity that Cuba felt despite the challenges they faced as a small Caribbean country that was bullied by the United States. To conclude, seeing the evolution of the Revolution from the early days of Spanish colonial era to resisting the United States was fun to witness in one day. Cuba maintains an eclectic cultural balance embracing and displaying their past while also demonstrating a strong will to pave an independent path for themselves. 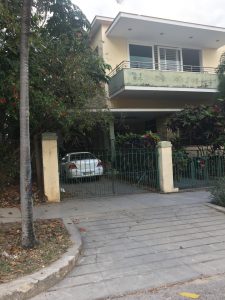 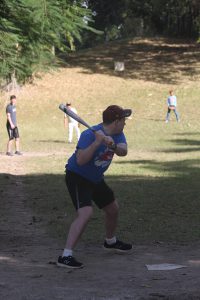 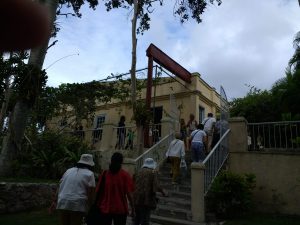 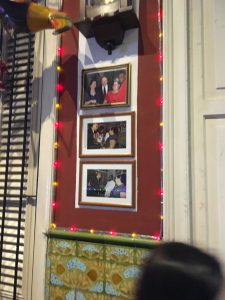 This traveling seminar will use the Cuban experience as a backdrop for experiential learning, along with discussions with professionals in that particular field of study, and writing assignments designed to allow students to reflect upon their experience studying and living in Cuba. Students will gain a multi-disciplinary overview of Cuban contemporary culture and further understanding from a cultural, socio-political and historical context.

Please feel free to read the blogs from previous trips to Cuba listed below or from other destinations across the globe UMass Lowell students travel to.