Traveling to Cuba was my very first experience studying abroad in a different country, and what a way to begin. When I had applied to take advantage of this opportunity I didn’t know any other student who was also going at the time. We had all met briefly before leaving to discuss literature required for the class, and that felt like any other classroom experience I have had before. But over the duration of this time spent studying abroad, I feel that something magnificent happened. From not being able to remember everyone’s names in an ordinary classroom, to making 10 wonderful new friends in a country that felt like it was cut off from the rest of the world. 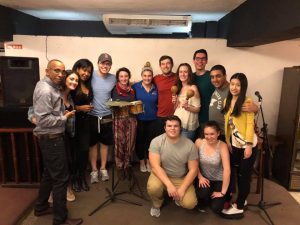 Everyone is so connected to the internet sometimes that they don’t take the opportunity to converse with new people around them. I think the fact that there was no internet readily available in Cuba, paired with the phenomena of being in a different country, helped open everyone to being interactive with one another. I think that everyone was able to make new friends that they really enjoyed the company of, that they may not have thought they would by looking at their Facebook profile. I felt like I was almost witnessing a social experiment that couldn’t be conducted in most other places of the world because of the constant internet access available. I have never thought that technology played such a huge role in my day to day activities.

It was an odd phenomena when I wanted to do something as simple as check the weather for the day by opening the weather app, but I wasn’t able to do that. Admittedly, I found myself subconsciously going to open different applications on my phone when I really didn’t need to. I was doing that more because I felt like I didn’t have something to do in that moment so that is how I could pass time. Once I realized this, I was shocked and spent the rest of my time being more social with the rest of the group, a decision which I did not regret one bit. By the end of our journey, we have become one of the most cohesive, and non-internet relient groups to have visited Cuba. 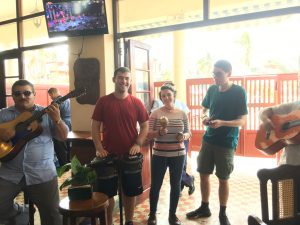 With this mentality, each member grew closer together by the day. From when we first arrived to the Residencia in Vedado, to when we said our final farewells to our gracious hosts on our last day, it was a complete transformation. Personally, I was both very excited yet nervous, to discover how cohesive of a group we would be. But by the end I feel like I had made friends that will last a long time. Part of what makes these friendships so special is the fact that it was forged by such a unique experience. 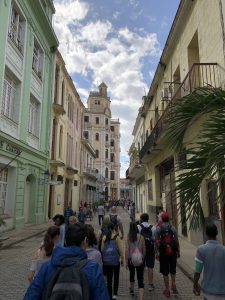 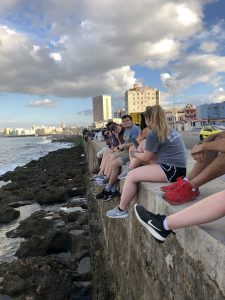 We visited many places as a group such as museums, and spent many hours together during lectures learning about the Cuban culture. But it was not during these moments that united us, but when we had independent research time where we relied on each other to navigate through Havana. Spending time together and being able to socialize strengthened the bonds between us all. We were able to not only see each other in the classroom, but also outside of the classroom where we were able to be ourselves. It was what we learned about the Cuban culture on the streets, and in different restaurants, that resided with us most naturally. 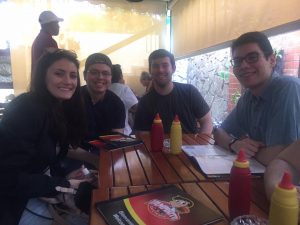 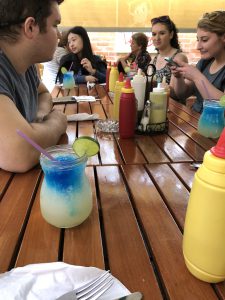 Throughout each day the group became more trusting of one another. One night we were all keen to walk along the Malecón all the way to Old Havana from where we were staying in Vedado. This walk took us roughly about 45 minutes, but every bit of it was enjoyable. It is truly a remarkable sight during the day, but it is a whole nother experience at night. It was very mysterious and ominous, only being able to look out about 30-40 yards if you were lucky. There was a calm, tranquil element to the way the waves were stirring about and crashed against the wall and rocks below. I felt like it was a hidden beauty that not many people are aware of unless you know about it and are there at the right time. 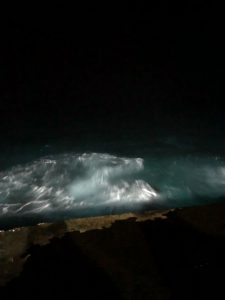 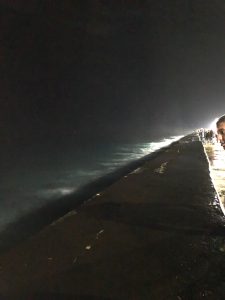 This was truly a unique experience and I could not be happier that I had signed up to be a part of it. It was not only Cuba, but the people as well who made the trip so wonderful. I am glad to say that I will be able to carry these memories with me for the rest of my life. But equally important if not more, are the friendships and the bonds that had been created as a part of this journey that will continue to thrive back in Lowell. I can confidently say that my time in Cuba would have been entirely different if it were not for those that I had the pleasure of sharing these experiences with. 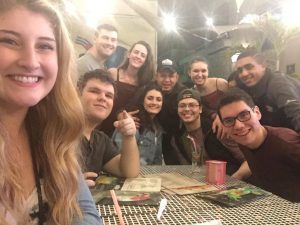