My back cracked and mouth widened into a yawn as I forced myself to get out of bed. The cold water drops from the shower acted as a rude and abrupt awakening to my aching body. After being here in Cuba for over a week, I was starting to tire out—we all were. With the days being so packed full of activities, a week felt like a month here. After running around to so many different places yesterday (including Hemingway’s house, Cojimar, the rum museum, and the San Jose Craft Market), today was a much-needed day to relax and slow down. We had seen the hustle and bustle of the streets in Old Havana, sat next to screaming baseball fans, and danced our hearts out learning salsa, but what we had yet to really experience was the so called “island time” that the country ran on. Sure, we had experienced a lot of waiting—waiting for food, waiting for tours, waiting for the bus—but today was our day to get a sense of the slower side of Cuba and experience some of the techniques Cubans use to relax and unwind.

Pictures of the Past

After a delicious breakfast of eggs, crepes, coffee, and fruit made by Natalia, we boarded the bus for our first destination: The Museum of Fine Arts. Welcomed by a tour guide and given a brief history of the museum, we were then let free to wander around on our own for an hour. Elaborate paintings covered the walls and various styles of sculptures adorned the floors as we explored the halls. I was drawn especially to a painting by René Portocarreo in 1961, titled Paisaje de la Habana. The canvas, covered in layer upon layer of thick, clumpy paint, depicted colorful, abstract buildings like the ones found in Havana. We joked about how the paint still wasn’t dry after all these years. I imagine for the artists, these paintings and sculptures were relaxing to create as they meticulously dragged their brushes along the paper or chiseled a slab of rock into a realistic figure. There almost always seems to be an aspect of chaos in Havana, Cuba, but for these artists, their work was a technique to withdraw within themselves for a bit and breathe. Walking through the museum can be just as relaxing as painting the pictures themselves for some people. The museums offer a quiet space to reflect upon others’ works and ponder about the meaning and inspiration behind a piece. 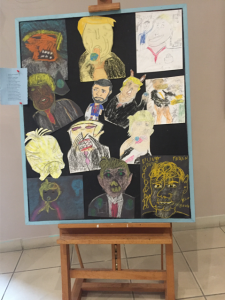 Dancing the Day Away

The Fine Arts Museum also unexpectedly featured a children’s dance recital. The children, mostly girls in brightly colored crop tops and skirts, were all roughly under the age of ten, but their dance moves were better than much of the people I know. Seeing their faces light up as the music began and parents pressed the record button on their phones, the recital contrasted the silent aspect of the art museum. Relaxation techniques don’t have to be quiet, however, as dancing is a great example of a way to de-stress while having fun and releasing endorphins at the same time. 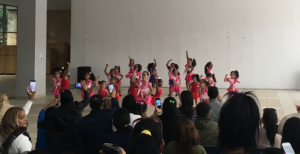 Go With The Flow

Next on the agenda was the Santa Maria beach. Everyone had been anticipating this beach trip for a while, so when the day came, and the weather was cold and windy, we were all a bit disappointed. Clothed in bathing suits under layers of warm clothes, we took the bus for around half an hour along a cracked and bumpy highway. I could see how the beach would be a popular attraction on a typical sunny, hot Cuban day. Sand stretched along the coast, lined with palm trees and chairs. My feet sank into the fine sand as I made my way over to the water, dodging the scattered jellyfish that washed up on the seaside. Waves crashed onto the shore, bringing the water to my toes. Ironically, the water was warmer than my shower that morning. We ate our lunch on the beach, making sure to feed the two dogs that followed us onto the sand. The weather cut our trip short though, and we ended up traveling down the beach to a small drink stand serving drinks in pineapples. Although our beach day was less than ideal, we still got to breathe in the salty air and chill on the shore for a bit. Lined with beaches and coastlines, the Cubans can definitely take advantage of the geography to unwind after a stressful day. 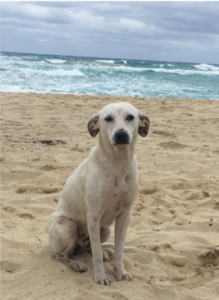 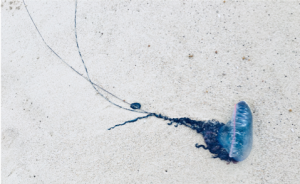 The rest of our afternoon and night was fairly uneventful, consisting of long naps, dinner at the residencia, card games, and singing, but relaxing nonetheless. By chance, our dinner consisted of spaghetti and croquets, sticking with the “relaxation theme” and offering us a taste of home with comfort food that we absolutely devoured. All and all, although the weather worked against our plans, our day served as a way to refresh and recharge to fully take advantage of our last few days here in Cuba. With the additional rest, we were able to explore Old Havana on our own in the coming days, feeling confident in our shared sense of direction and eagerness to explore.