I’m fully immersed in my classes and just signed up for a 10 week intensive to learn Gaelic/Irish. Is main lion adh! (Wish me luck!)

Queen’s international student programming is great – every weekend there is an outing or journey to a place in Northern Ireland, Belfast or the Republic of Ireland!

I jumped at the first opportunity to go with the school on a full day’s journey to the ‘Giant’s Causeway’ in County Antrim. I wanted to get a glimpse of the country side and see one of Ireland’s most famous geographic wonders.

It’s very ‘McCool’ at the Causeway 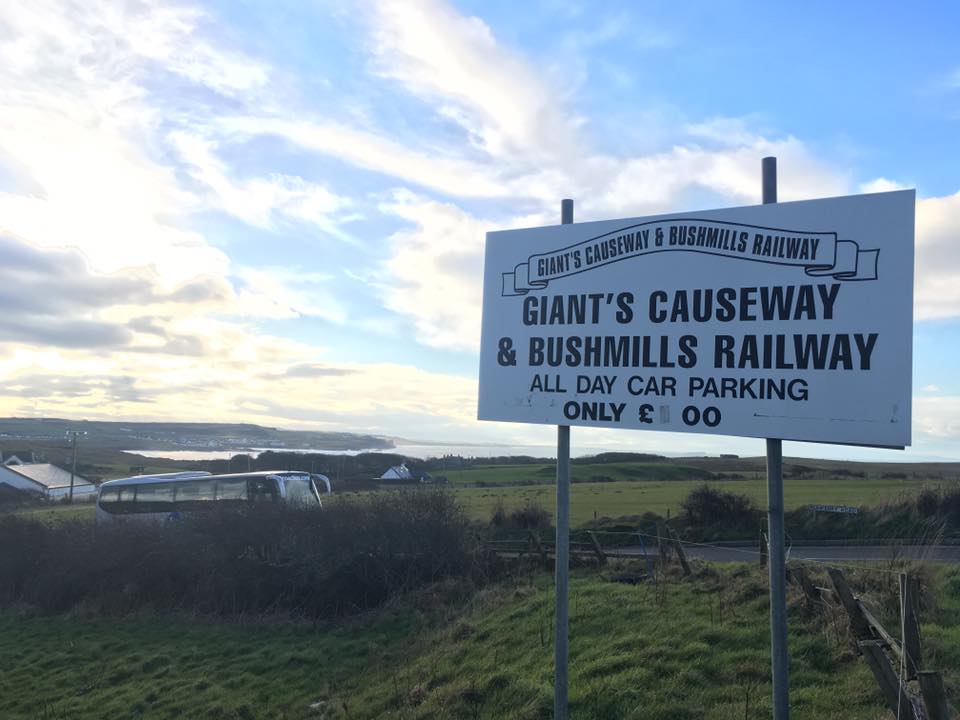 My favorite Irish legend growing up was that of Finn MacCool and the Giant’s Causeway.

This trip goes perfectly with my Celtic Mythology course as it dissects the beliefs and legends of ancient Ireland. 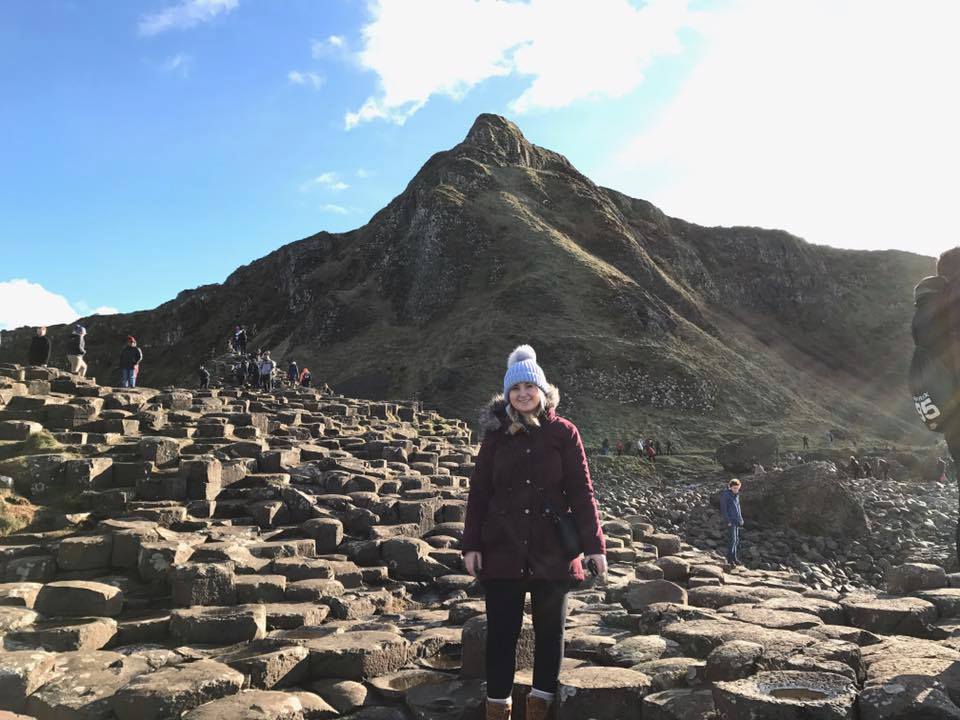 Soaking in that perfect sunlight at the Giant’s Causeway (above)

The legend goes ” Finn MacCool built the Causeway due to an ongoing argument with a Scottish giant named Benandonner who could not swim. In an argument one day, while they were shouting at each other over the Sea of Moyle, Finn took a clump of earth and flung it at his enemy. The land fell in the sea and became the

Isle of Man, while the huge hole left in Ireland became Lough Neagh, the largest lake in the British Isles.As the arguments continued, Finn decided to build the Causeway in order to make it easy for Benandonner to come and fight him. After so much hard work, Finn was exhausted and he fell asleep. While Finn slept, Oonagh,  Finn’s wife heard the sound of thunderous footsteps, she knew it was Brenandonner come to fight Finn. Oonagh took one look at the gigantic visitor on her doorstep and realised this was a battle Finn could never win. She threw a blanket over her sleeping husband and stuck a bonnet on his head. There was no possible way Finn could defeat Benandonner for he was too small.

Where’s Finn?” roared Benandonner. “Shusha, shusha”, whispered OOnagh – “You’ll wake the wee one!” Benandonner looked at the snoring Finn. His jaw dropped 10 feet. If the child was that hefty, what size would the father be? Benandonner wasn’t sticking around to find out. He ran like the wind, destroying part of the Causeway in his wake so Finn could not pursue him.”

The legend is an explanation for the fascinating natural formations of hexagonal stone produced from a volcanic eruption millions of years ago. 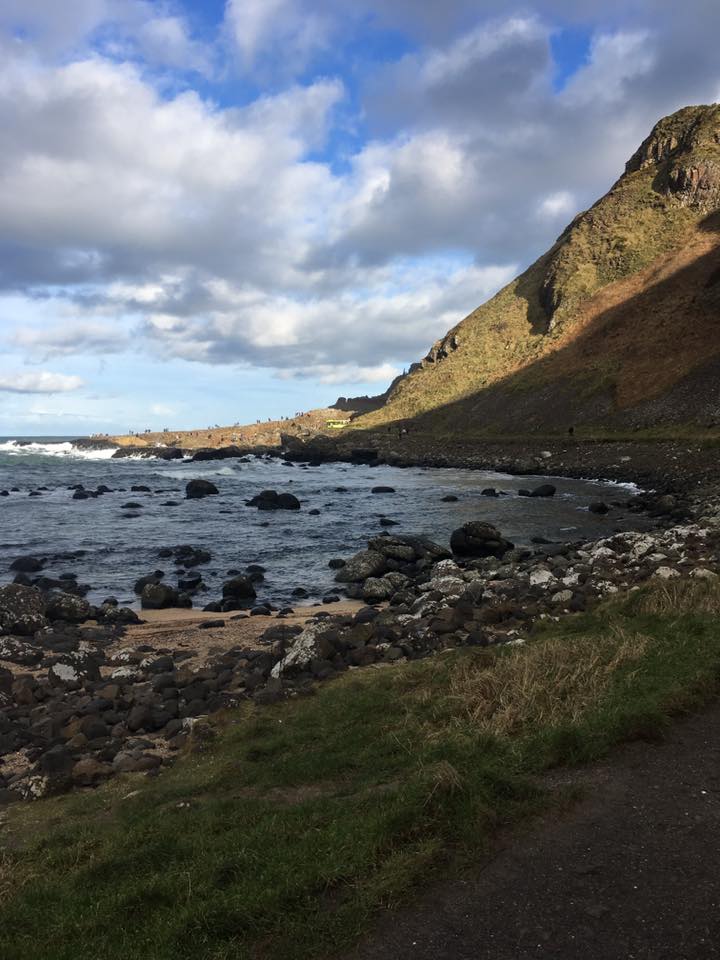 First glimpse of the Giant’s Causeway after taking the approx. 15 minute scenic route to the Causeway. (above) 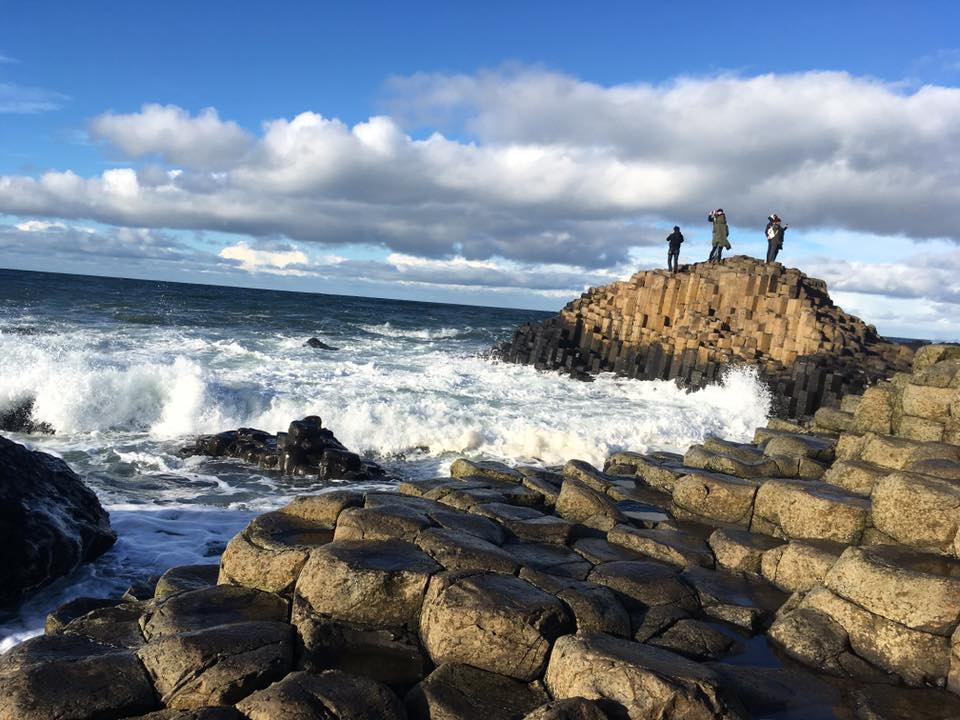 The causeway is nestled below massive mountains and shoulders rough waves that lap the sides of the ‘giant’ formations!  When the sun hits the rocks just right it’s absolutely beautiful! 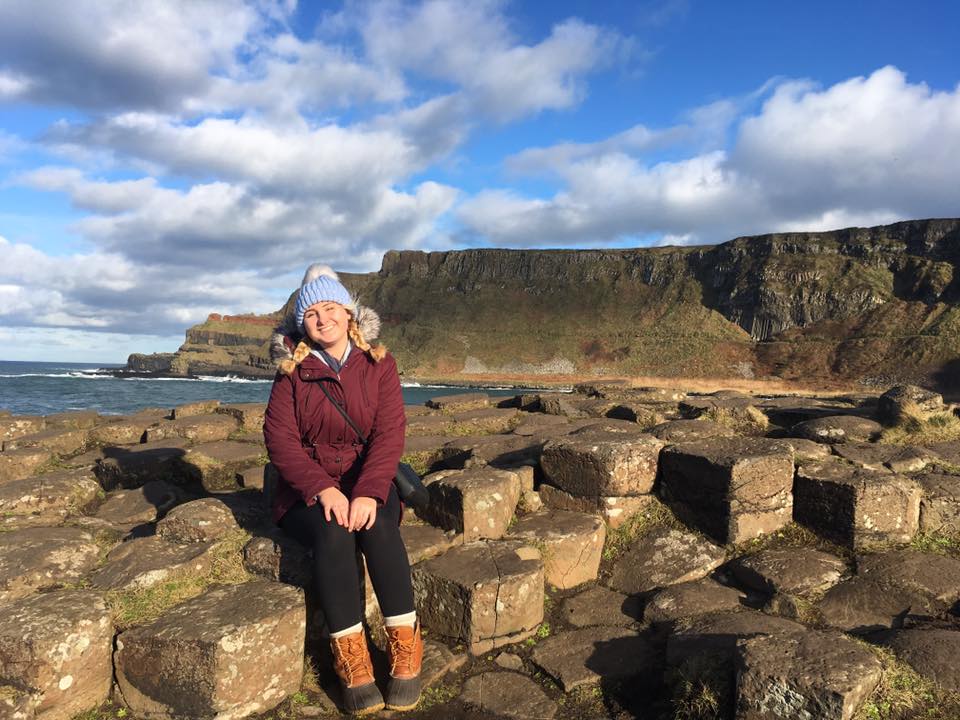 The scenery is breathtaking with crystal blue skies, monstrous monstrous  and the absolutely awe-inspiring natural fortress.  You can’t help but smile when surrounded by all of this beauty! 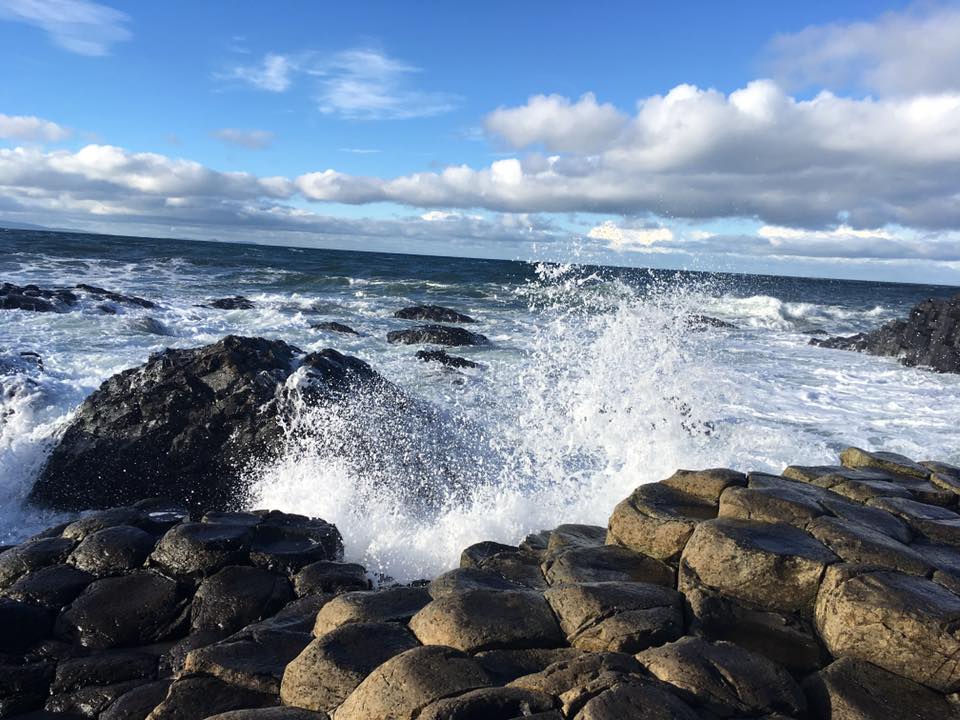 Rough waves slapping the shore. (above) 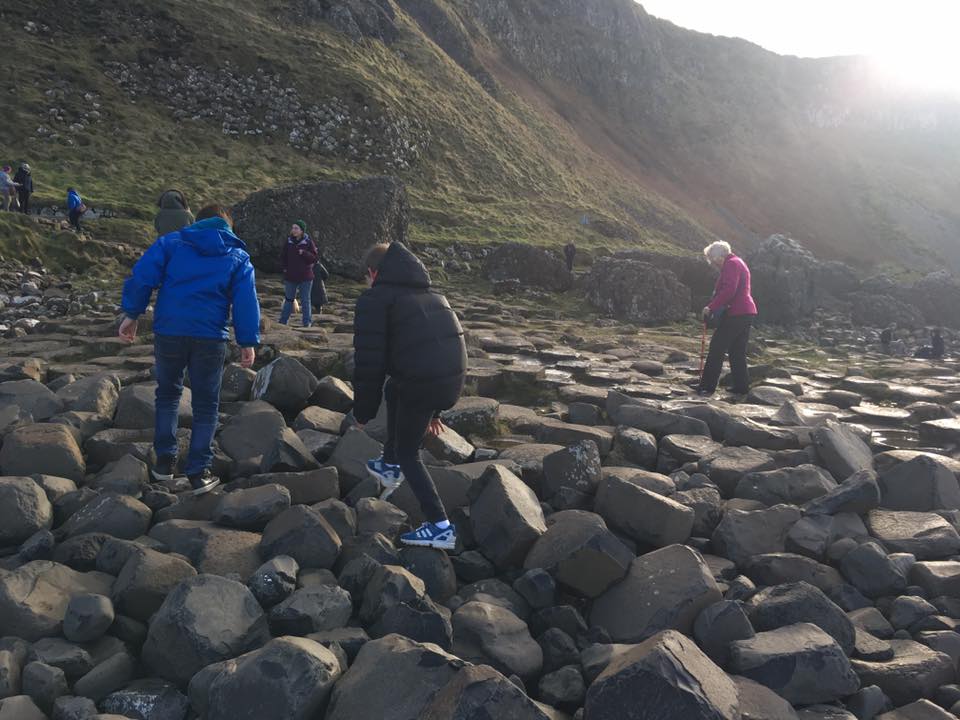 The young and old, come to see the natural wonder of the Giant’s Causeway. (above) The historical site is preserved by ‘The National Trust’ and they offer informative and immersive tours for all ages! For more info visit: https://www.nationaltrust.org.uk/giants-causeway

. There’s nothing like ocean air to refresh the mind and cleanse the soul!

Stay tuned fellow travelers for next weekends tour of the sets and locations of HBO hit show and bestselling book GAME OF THRONES.