I arrived in Cairns late at night, and man, the humidity hit me when I walked out of the airport. So did the mosquitoes! I got a taxi to my hotel and started to try and figure out how to deal with my sulfur ridden clothes (you can see how this happened in my last post, and read about how to deal with it in my next post!) I finally went to sleep at around 3am, which was fine, because I had arrived a day early for the orientation of my program anyway, and most people wouldn’t be arriving until mid-afternoon, so I was in no rush to be up in the morning!

I woke up at around 10am, really excited and ready to go ! I packed up all of my clothes, and looked outside and it was perfectly sunny, so I wore shorts and flip flops and started to make my way to the hotel where I would be staying for The Education Abroad Network orientation. It was about a 25 minute walk, but that’s okay because it was nice out and I packed lightly. I got about halfway there and it was almost as though I had walked through a portal. One second it was bright and sunny and the next it was like a monsoon ! Apparently it was the end of the wet season in Cairns… Oops! I took refuge in a pie shop. This may have been the worst of best decision. Best because the steak, bacon, and cheese pie I ate was absolutely incredible, and worst because now I’m addicted to them. When the rain settled I went on my way again. By the time I got to the hotel, it was nice and sunny out again. The view from my hotel room was incredible! 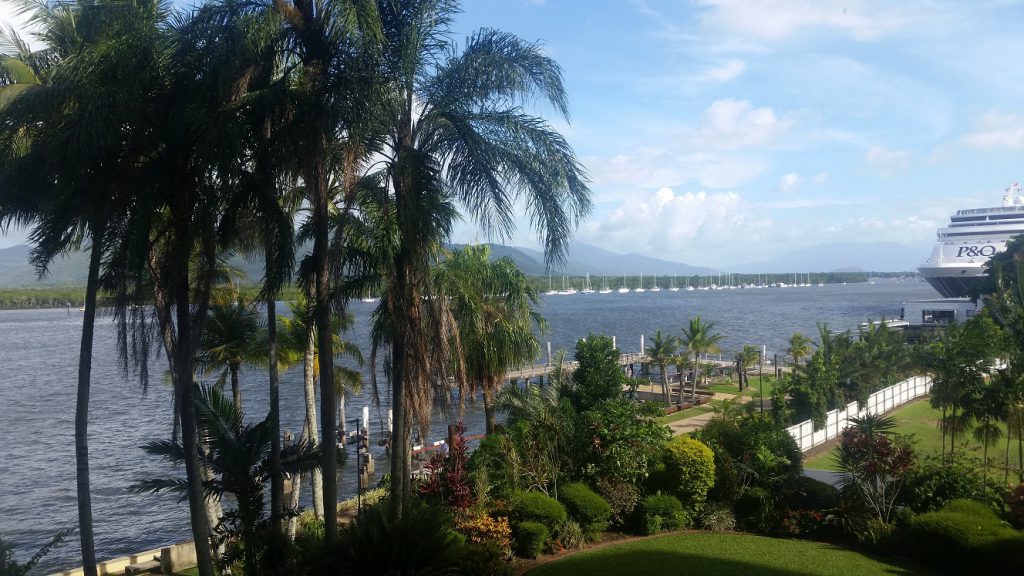 Later on in the day, I went to the grocery store to buy some snacks, seeing as the orientation didn’t start until that evening. They had kangaroo in the store! 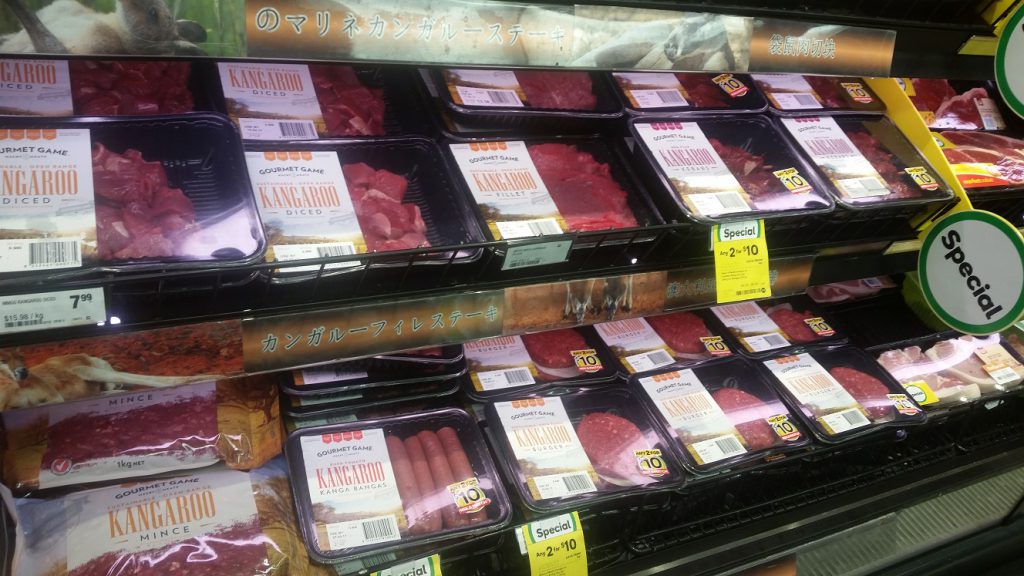 I spent about an hour in there just wandering around and looking at all of the different new foods that I would eventually get used to seeing everyday!

That night, I had an orientation dinner with a huge group of people from all over the United States (during which we were warned not to swim in the water right off the hotel because there are salt water crocodiles,) and a few of us went for a walk along the harbor afterwards. I saw a pelican for the first time !

All of the trees along the harbor were lit up, and there were huge bats flying in and out of them, they sounded just like what I imagine pterodactyls would sound like! 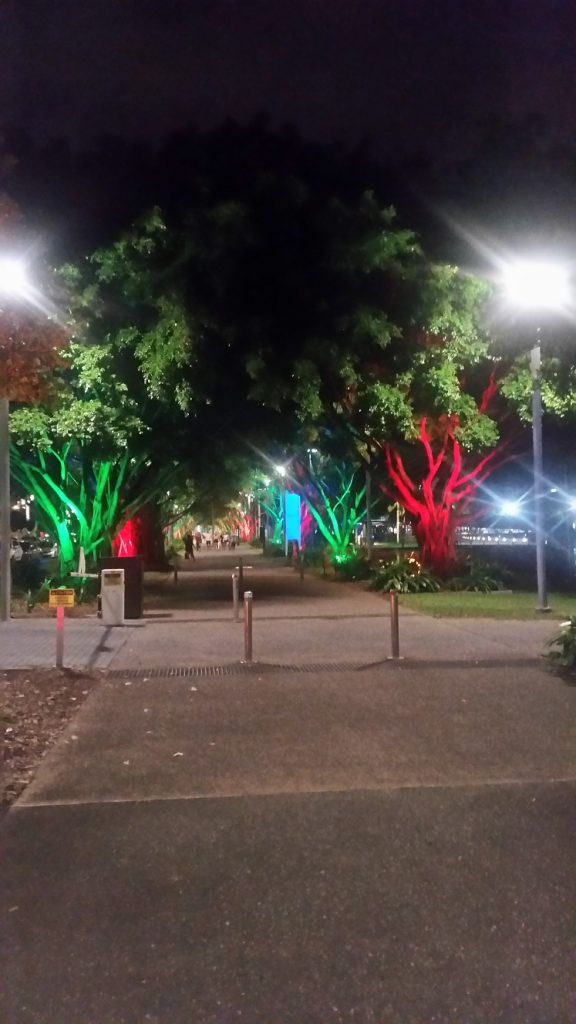 The next day we woke up nice and early to head out to the wildlife park. I met all sorts of Australian animals! 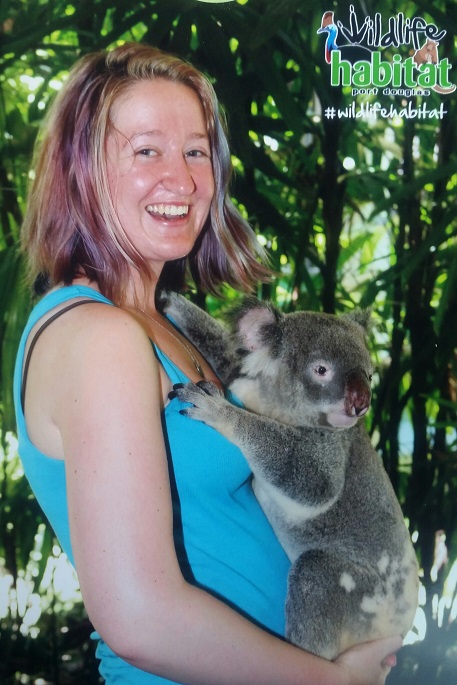 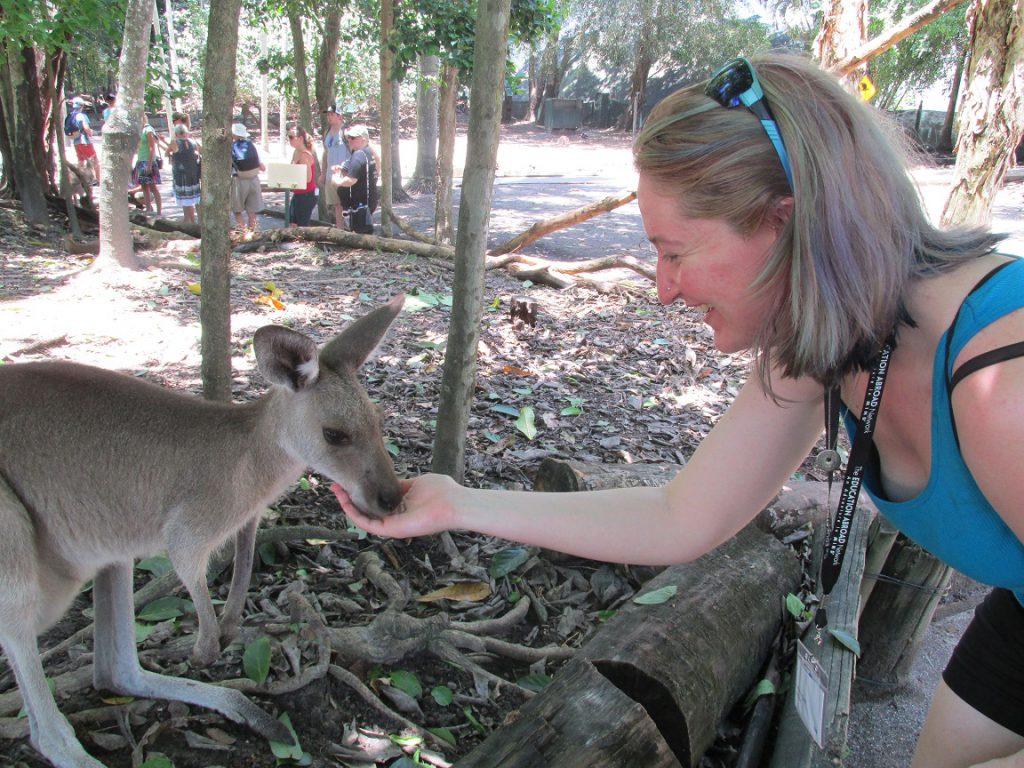 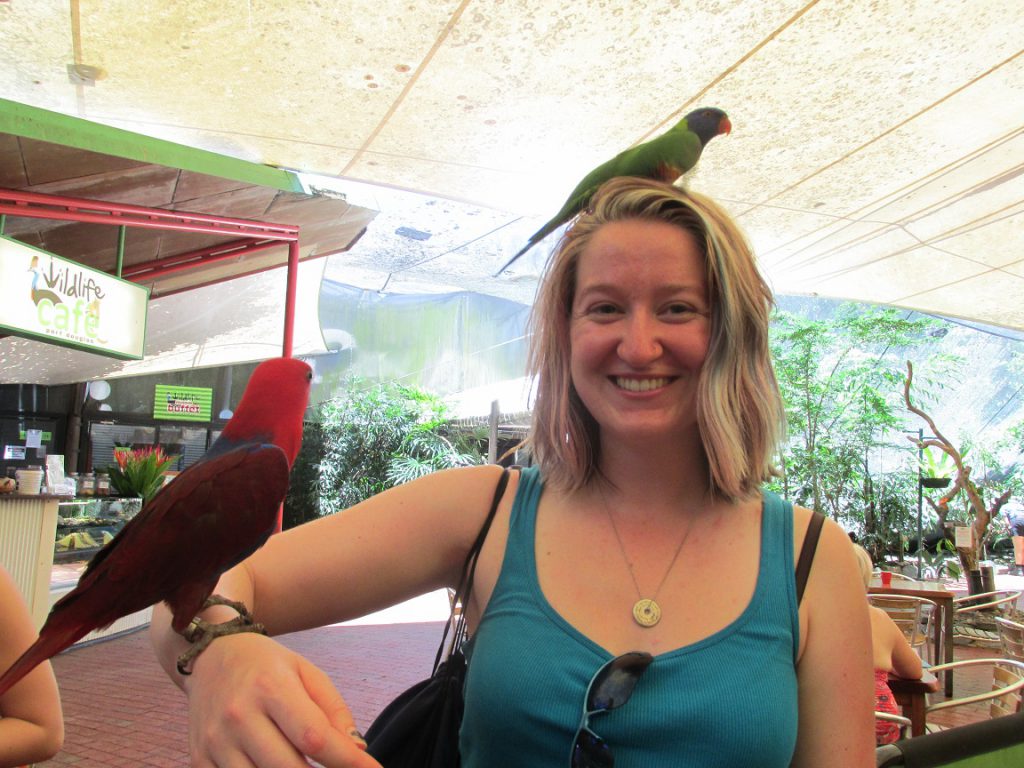 The kangaroos were so friendly, unlike the stigma going around because of that viral video of the guy punching the kangaroo that wouldn’t let his dog go!

After the wildlife park, we went to the Daintree rain forest to learn about indigenous culture. It was so hot!

Our guide showed us how boomerangs are made, and told us all of these stories, and even showed us how to make body paint out of rocks in the stream! 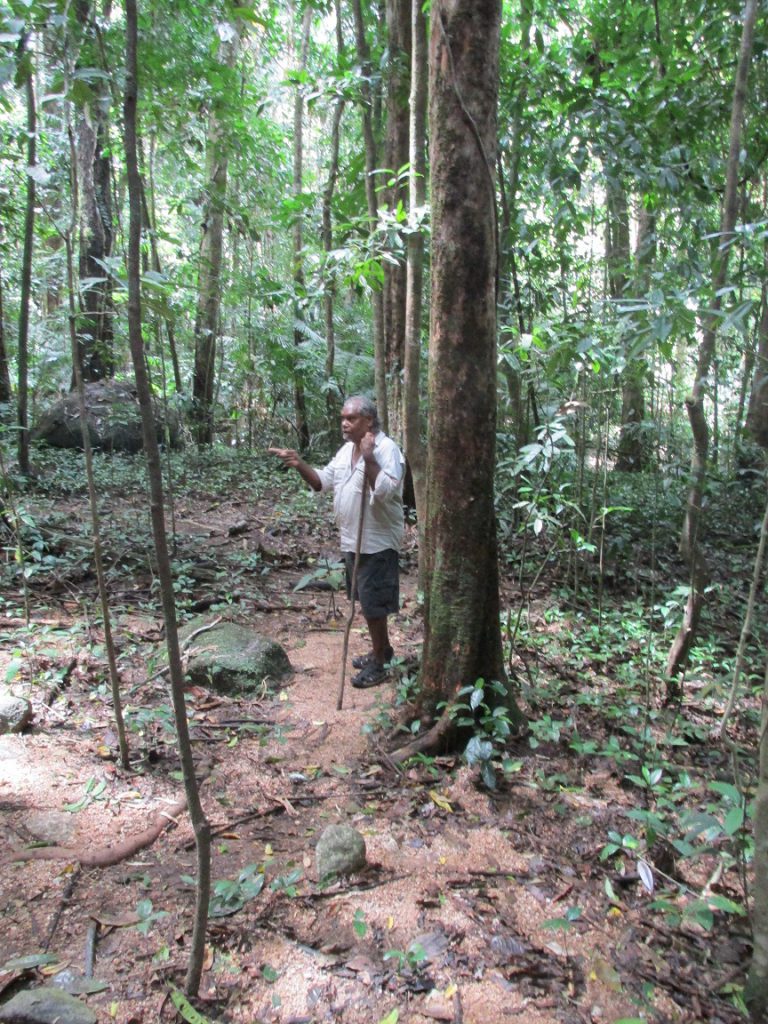 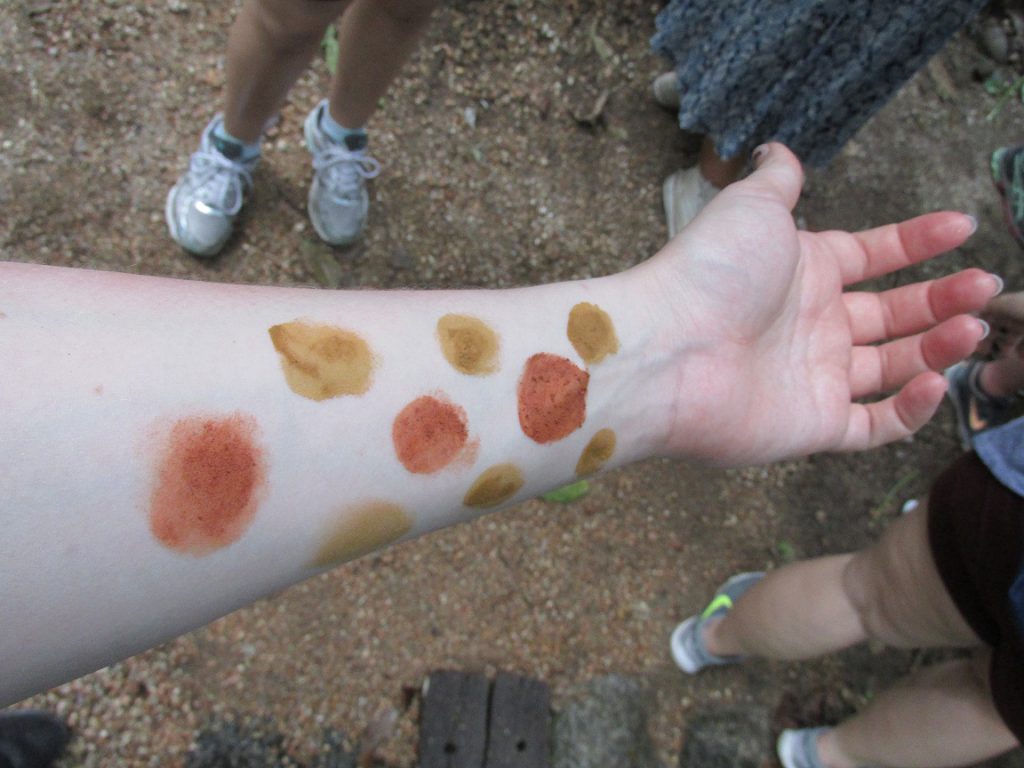 After that, we went for a swim in the gorge. It was really refreshing after spending this really humid day in the rain forest! 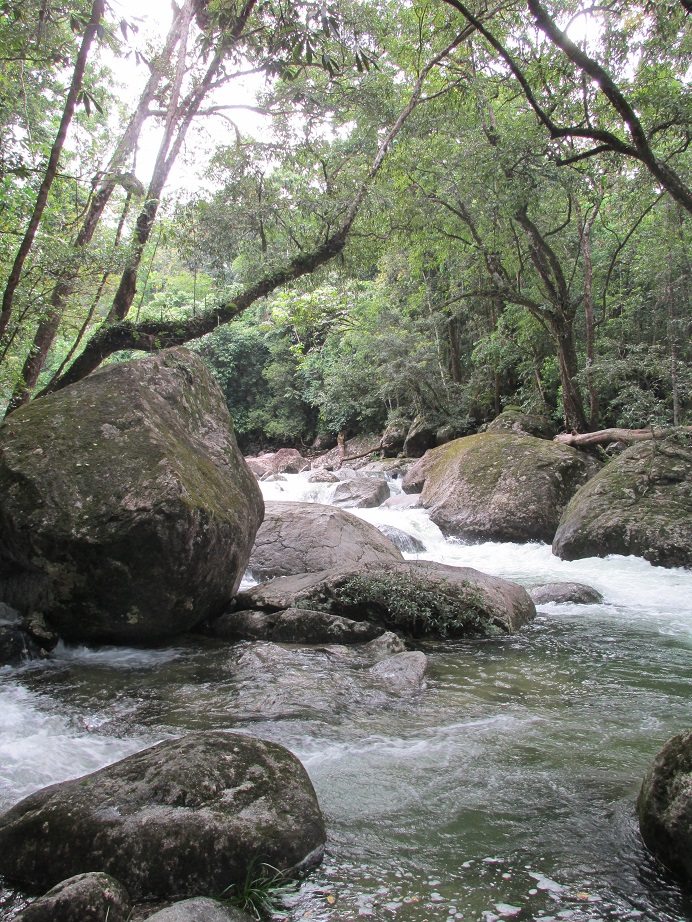 On the way back, we drove a very scenic route with amazing views of the ocean. 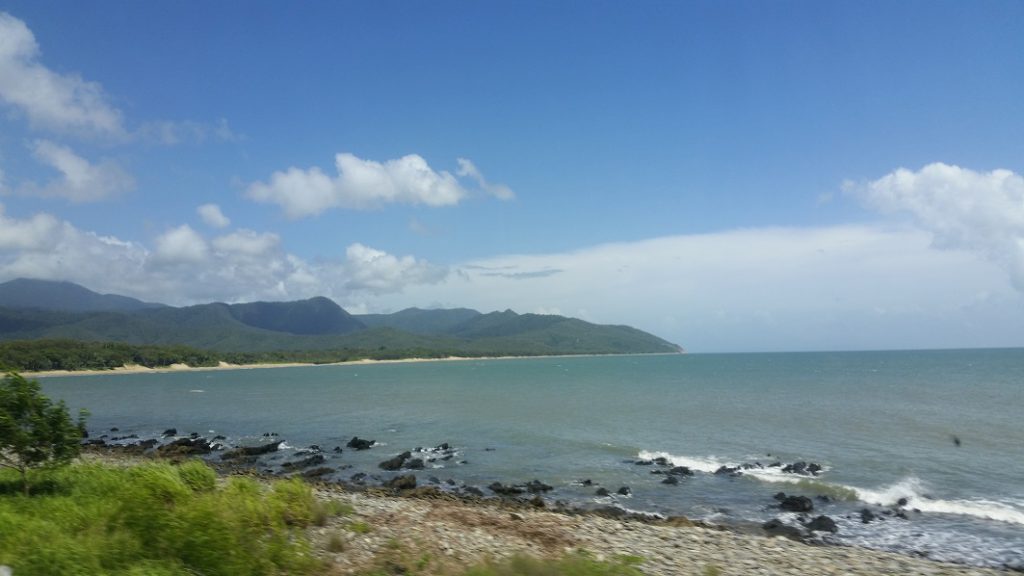 The next day was a classroom day. We learned all about Australian culture and some of the words that we might not have heard before. Australians shorten a lot of words and just add Ys or Os to make them easier to say. They also have completely different words to any other English I have heard before. Here are a few examples:

Some of them are going to be really confusing but I will hopefully get them eventually !

The next day was reef day. I was so excited.

We woke up really early to get the boat out to the Great Barrier Reef. It was such an incredible day! So incredible that it deserves a blog post entirely dedicated just to this day! So look forward to that in a couple of weeks! 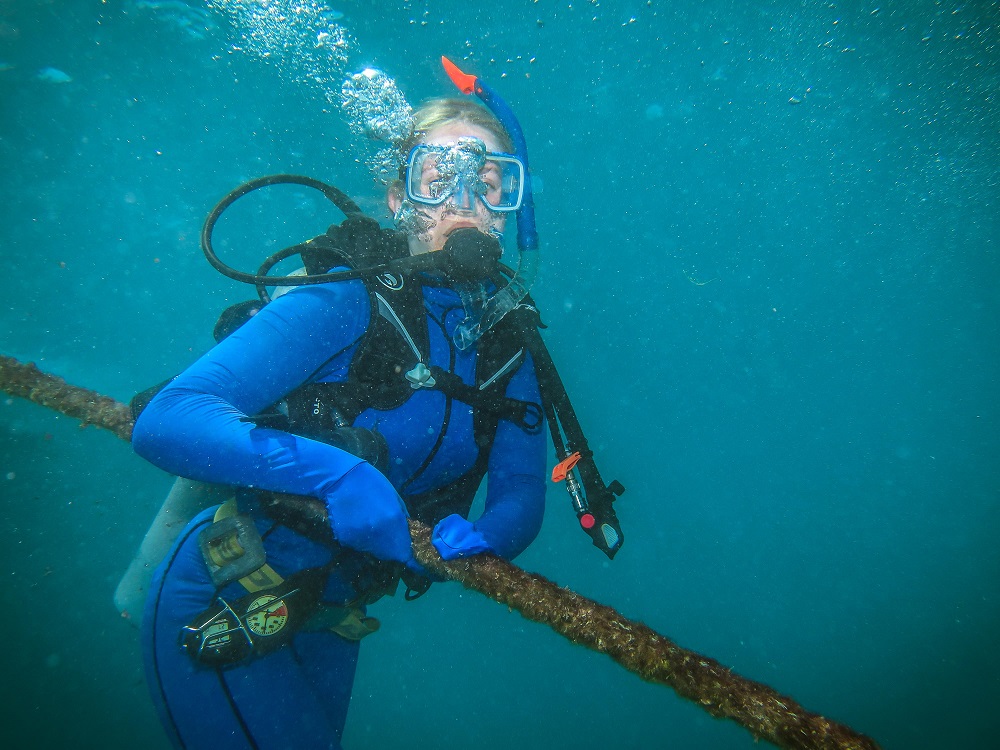 The next day, and my last day in Cairns, was a free day. I decided to go to Fitzroy island, which was a short ferry ride away. Fitzroy island is quite small and home to beautiful beaches and hikes, and even a small resort and a turtle rehab center!

I got there at around 10am and it was a perfect day to be on the beaches! 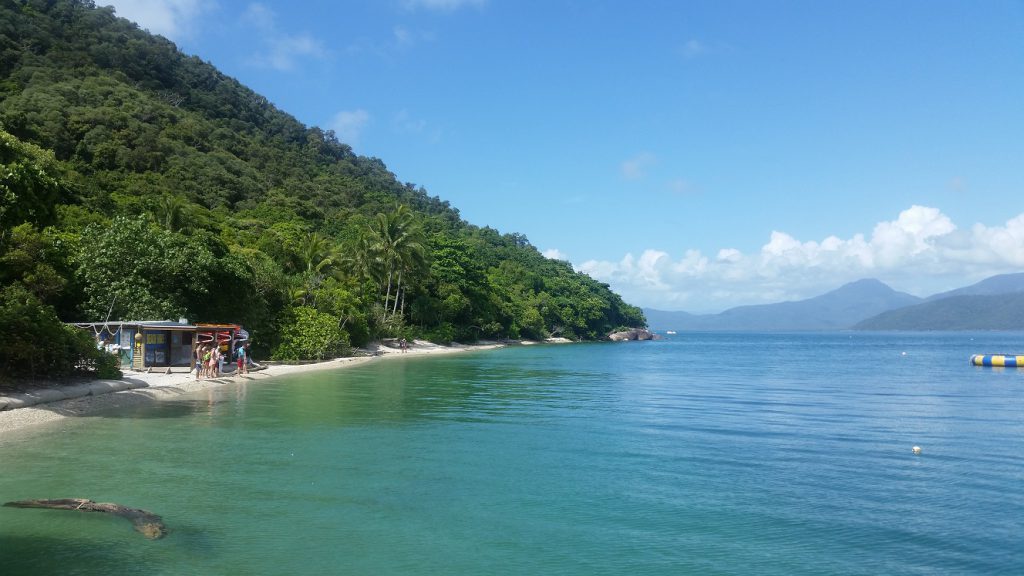 The first thing I did was go snorkeling. After spending a day scuba diving on the Great barrier reef, I was hooked on looking at the beautiful colourful fish in their natural habitat! …. Haha… ” Hooked!”

There were a lot of jelly fish in this reef, and even though I knew they weren’t deadly they were still quite scary. I came up to clean my goggles and one point, and when I went back under, there was a jellyfish right in front of my face and I completely freaked out! Don’t try this at home kids… I did a twisted back flip underwater trying to get away from it and got stuck on some coral and ripped my stinger suit…. Oops… 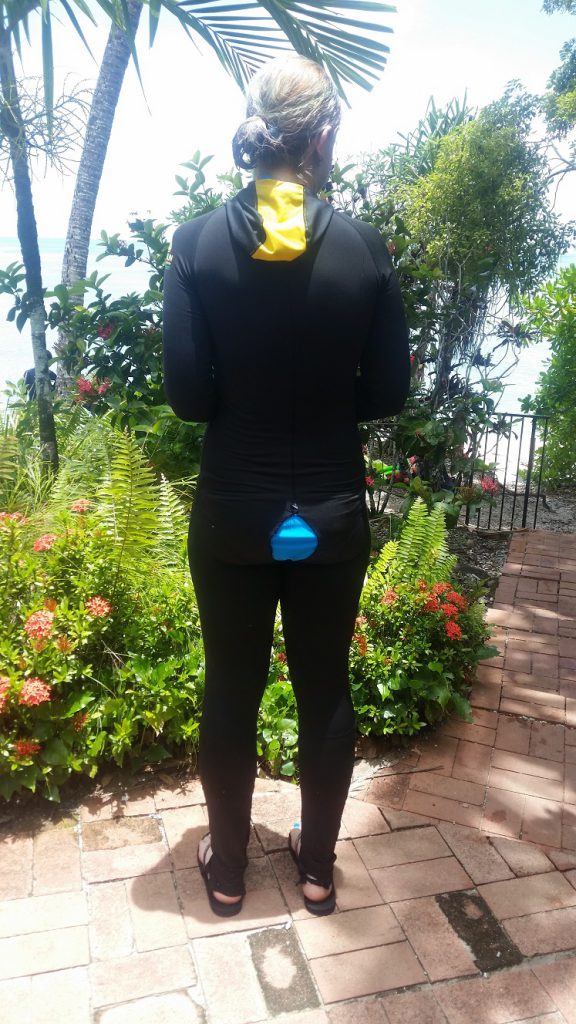 After snorkeling all morning, I decided to take a visit to the Turtle Rehab Center. 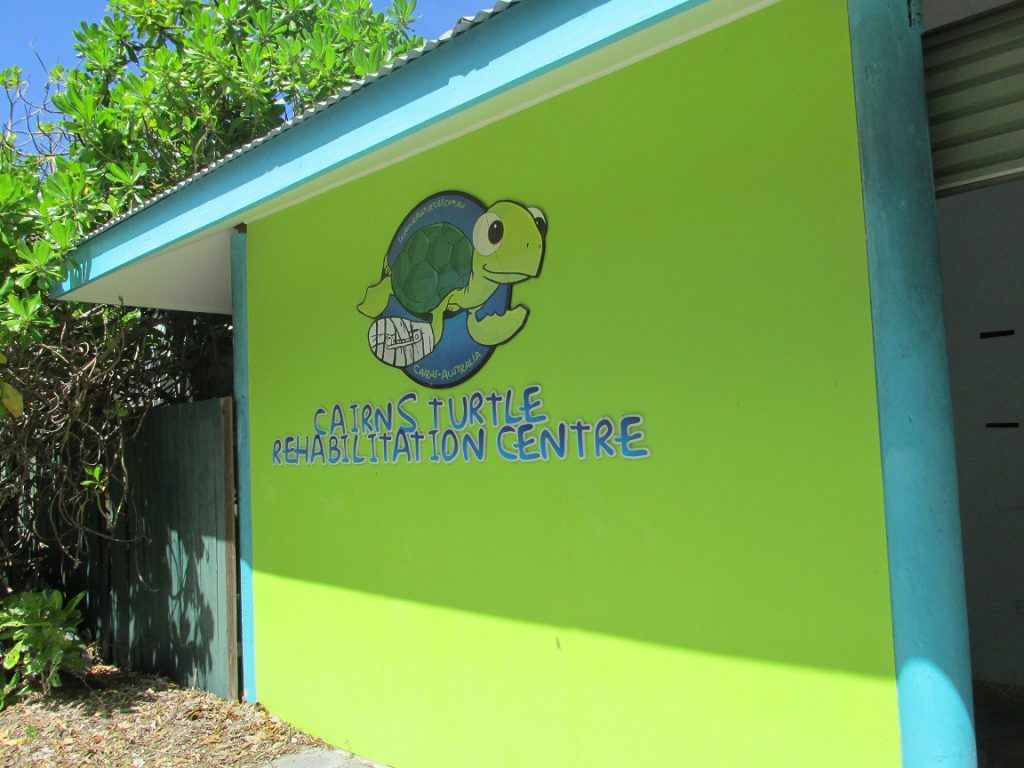 There were eight turtles there at the time, and I got to meet one that was almost in perfect condition and ready to be released very soon! 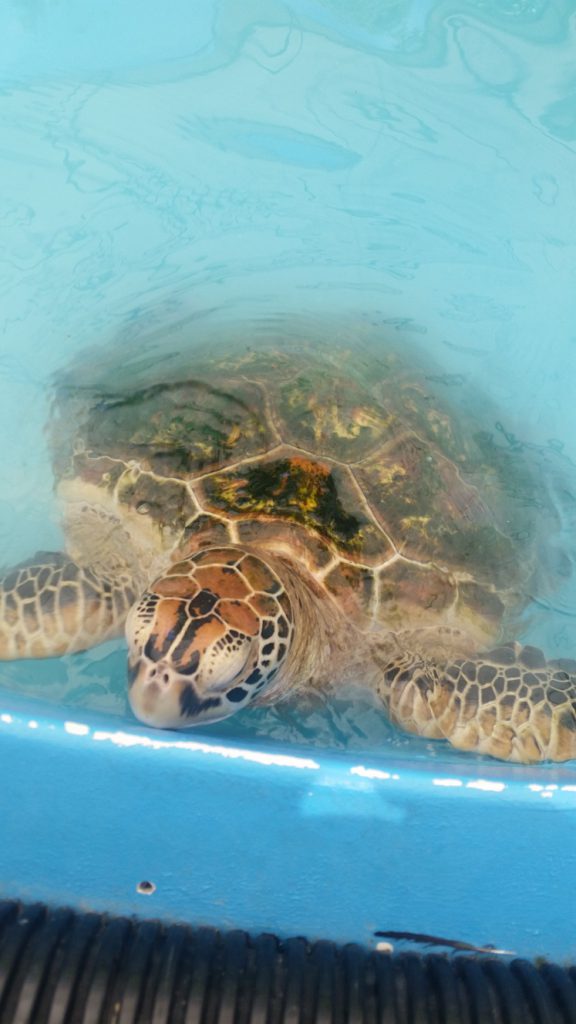 One of the common reason these turtles are in these rehab centers is because they will eat absolutely anything. They see a piece of trash laying on the reefs and eventually they get a build up in their stomach that forms air bubbles that cause them to float up to the surface. This means that not only do they not have access to their food sources on the ocean floor, but it also makes them susceptible to predators because their belly is wide open! Please don’t litter!

Later that night was the farewell dinner. When I read the orientation schedule before I left for Australia, I didn’t understand how there could be a farewell dinner. Who would I be saying goodbye to? I’d only be there for 5 days! There were 140 people from all over the United States on this orientation, all going to many different universities across Australia, all new to the country wanting to make friends, and I think I made some of the best friends I have during those 5 days, don’t underestimate it ! I would definitely miss all of these people, but now I have friends to visit all over Australia.

I packed up that night and head out to the airport early the next morning. My boarding pass said boarding at 11:40am, so I figured that meant boarding would start at 11:40am, but that was the final boarding call ! I almost missed my flight. Always be early !