On Thursday, July 12th, we finished the last day of our journals by taking a trip to Montmartre and Le Sacré-Cœur, as well as taking a trip to the museam, Cité du Patrimoine et de L’Architecture. To start the day we met at ISA and took the train to Montmartre. Montmartre is an area that historically was not even considered to be a part of Paris. It was not until 1860 that the area actually became what is now the 18th arrondissement of Paris. When we arrived at the metro stop, we talked about how Montmartre is typically less touristic, so what we should expect is to see more local Parisiens than we had seen at other places on our trip. Additionally, we learned that the area is not as economically advantaged as other areas of the city, and that in the 1920s, many of the American writers from “The Lost Generation” actually moved to this area because it was much cheaper than other areas in Paris and because the First World War had made Paris cheaper in general. Le Sacré-Cœur is a huge church at the top of the hill of Montmartre that overlooks all of Paris, and to get up there it is a bit of a climb up, but nothing like I had experienced last weekend when I was in Lyon and walked up to Fourviere. Before we got to Le  Sacré-Cœur we visited a small church that had been there since the 12th century. We talked about how a lot of the old churches had been destroyed by war, whether it was bombings from the Nazis, or rebellion in the streets of Paris, to have churches that go back as far as the 12th century is rare today. The church is called Saint-Pierre de Montmartre, and I thought it was really cool to be in a building that old. In the United States, the oldest buildings can date as far back as the early 17th century, but certainly, nothing that is as old as the 12th century! Regardless of religion, the churches are really cool to see and hold so much history to them, as well as architecture that it is really easy to appreciate them. After visiting Saint Pierre, we went to Le Sacré-Cœur and it was enormous on the inside, with a dome that was stunning to look at. After Le Sacré-Cœur, we went to Cafe des Deux Moulins, that was featured in the movie, Amelie. 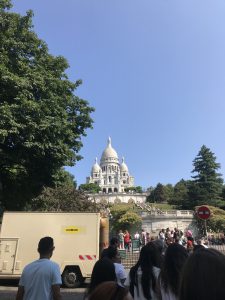 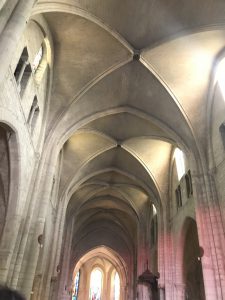 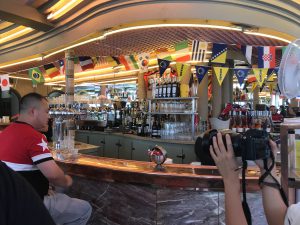 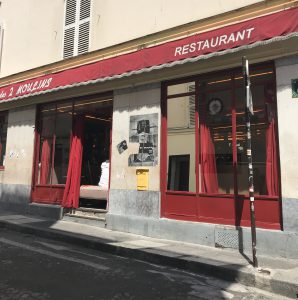 I really enjoyed that movie that we watched for Professor Salmon’s French Cinema and Society class, so seeing the Cafe was a really cool experience. For lunch, I had a vegetable lasagna and it was delicious. The bar area was lit with neon lights, and it was just really cool to see something from the movie in person and eat there. After lunch, we headed off to the Trocadero, to see one of the city’s most famous views and to check out the architecture museum. Once we had arrived, we were disappointed because there was some sort of premiere for or the filming of the new Mission Impossible film. This meant we were not able to actually walk on to the Trocadero and we were unable to get the view from the platform itself. So instead of spending some time there we just headed into the museum to meet our tour guide. The tour took us through different eras of architecture in France and had pieces of some really cool historic architectural landmarks in the Paris and in other areas of France. Some of the pieces of architecture that we saw included, a Romanesque style church facade, a gothic church facade, last judgment portals from multiple different churches, and a full 1950s style home that would be typical in a city in France like Marseille. This museum was really interesting and did a great job of showing the transitions between periods of architecture, and how buildings and monuments have changed over time in Paris and other major cities in France. 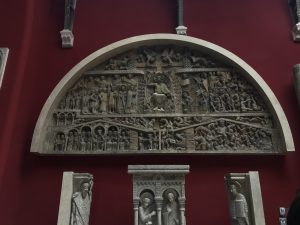 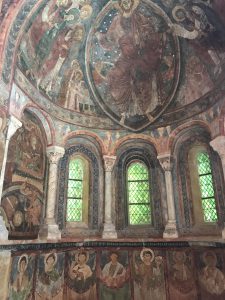 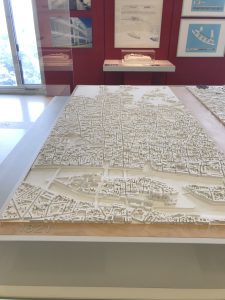 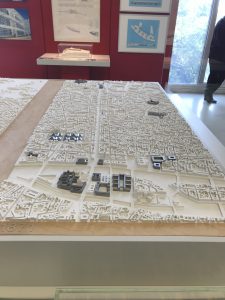