Louis XIII went on a hunting trip in Versailles and after this trip he became interested in the place so he bought a plot of land. He then began to buy more and more plots of land which led to him buying most of the land in Versailles. Once he began traveling to Versailles more and more he built a small hunting lodge. This land was mostly hunting grounds, forests, and swamp. The land was full of deer or what else could be hunted during the season. This town was full of only 500 people when Louis XIII started this venture. The Versailles that Louis XIII knew was wilder than the Versailles that we see today. 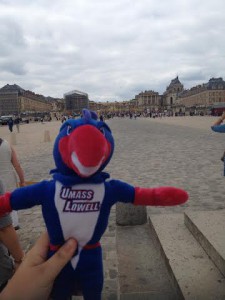 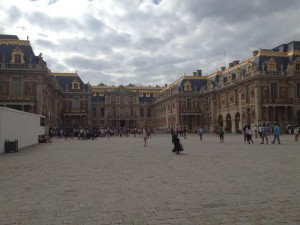 Louis XIV then decides that this would be the best place to move the court. Once he accomplishes this, the population increases. What once started as 500 people as the population then became 30,000 people in this once small hunting spot. Louis XIV used to live in the Louvre and then he started to build the large palace that is now standing today. Something else that Louis XIV did to encourage people to move out was give away land. By giving away land essentially he was giving away places for people to move onto. All they had to do for the land was pay a small tax per year. This gave the people incentive because they could have their own land with such a low cost in tax. The condition though was that they had to build on it, and they could only build to a certain height. This way, with everything to a certain height, the views from Versailles are unobstructed. By restricting the height, he was controlling a city’s development 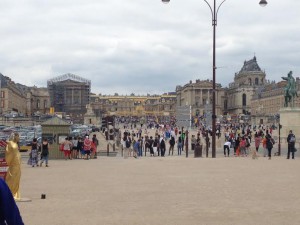 Under Louis XVI people start to build higher.  By the time Louis XVI and Marie Antoinette were sent to Paris, the population had increased from 30,000 to over 60,000.

The Petit Trianon was a gift to Madame Pompadour from Louis XV, and was given to Marie Antoinette by Louis XVI. The architecture of the Petit Trianon is classical and most of the design elements are taken from ancient Greek architecture.  This was a little jewel box for Madame Pompadour and Marie Antoinette. The downstairs was where the servants worked and upstairs is where Marie Antoinette and guests would spend their time. There was a billiards room and a bedroom. This building was considered the smallest, but still the sheer size of the building was astounding. Then walking inside, and exploring the rooms really showed how big it was on the inside with the design of the room and the light bouncing off mirrors. Compared to the main palace though, this small jewel box that these women lived in seemed like the best place to stay. 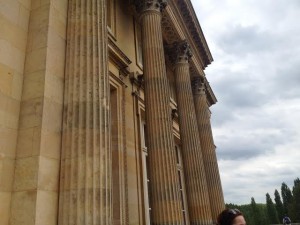 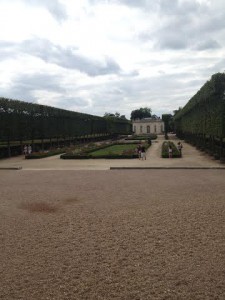 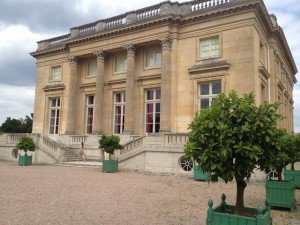 These were two of my favorite places on our trip to Versailles. The Petit Trianon is where I would prefer to live. It’s big, bigger than I would be used to living in, but I think out of all the buildings that are on the grounds, it would be the one I would be most comfortable. Their lives were a spectacle at the main palace. They were watched by people as they woke up and went to sleep, and there was no privacy even going to the bathroom. Plus, the rooms we saw today are only a few compared to what is actually in Versailles. That is a bunch of people living in one house and constantly in your presence. I wouldn’t be able to hand it. The small jewel box would be small enough to keep those eyes looking for a spectacle away from me. 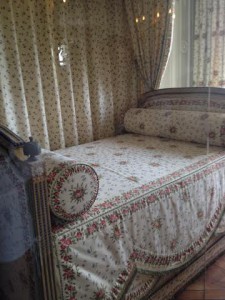 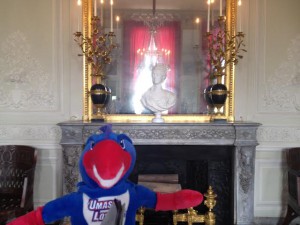 I liked Versailles just because of the story of its development. It started off as this small hunting spot that Louis XIII liked. They built a hunting lodge which then became a palace. The story of why it was built and how it was developed interest me because it started off as one idea which then lead to another. A place to get away to hunt and enjoy one’s time with participants turned into a place that was all about the show. It became a place about spectacle. The King and who went with him to the lodge could get away from the prying eyes in their life, but Louis XIV created a place that welcomed those eyes. 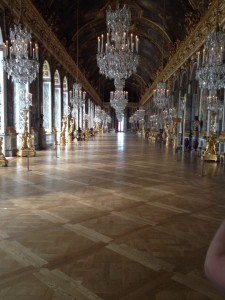 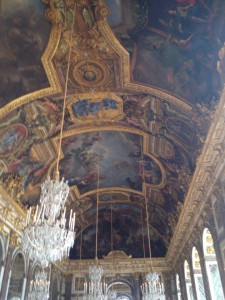 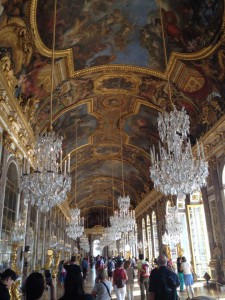 Even though I don’t think I could live with people watching my life, I think that the hall of mirrors would definitely be amazing to dance in.  We got the privilege of being able to take pictures with the empty as it was closing and I could just imagine what it would be like to attend a ball there. If I lived in a time and place where everybody was watching and my life was a spectacle, I would definitely prefer the “small” place of the Petit Trianon, but I wouldn’t mind twirling around in that room with music in the background.