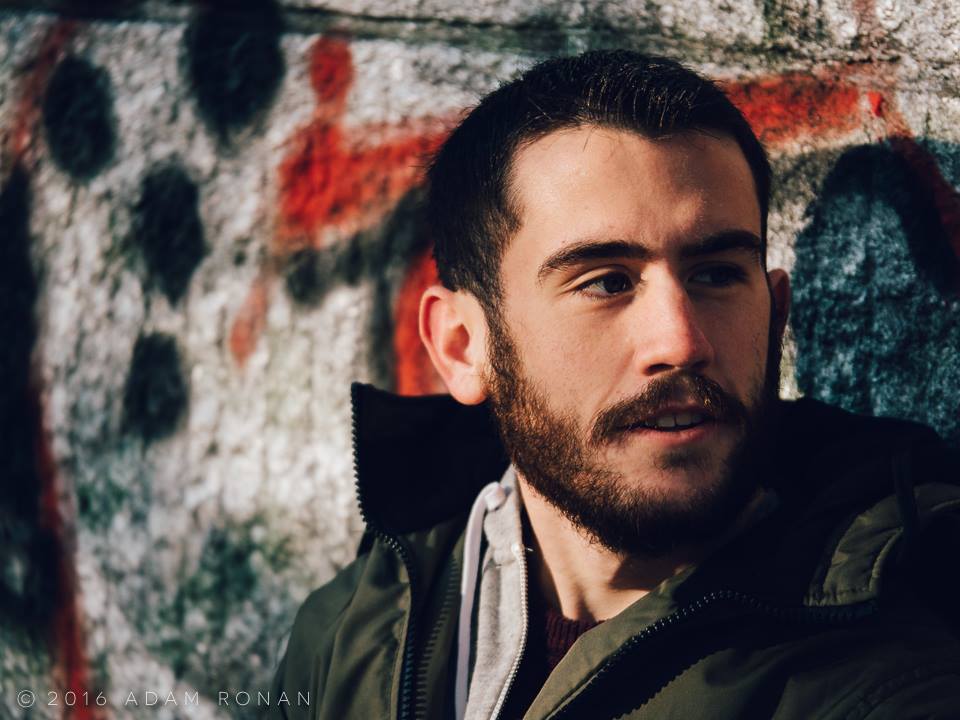 A quick note that while I am no longer employed by UMass Lowell, I will be continuing to blog here for the indefinite future. Hope that if you’re at all interested in my life or thoughts that you’ll continue to check it out. Happy 2017!

I was more ready for what returning home would feel like than I needed to be. When you’re 22, it feels like a big deal to return home after four months in another country. But it’s really not, and you do settle into a pattern of catching up with people like no time has passed on at all. Four years ago, that would have felt far off, because when you’re young it seems like you’re not maintaining a relationship if you don’t see someone for a week. But that’s not true, the scope of life simply expands.

When I think back to my childhood, I realize that every adult around me was doing the same and just letting the scope of their life expand, losing track of people for months and then reconnecting with them like nothing happened. But for a child, it seemed like time was this massive wall: everything was a big deal, everything was all-encompassing, every little thing mattered. But, time slows down, even as the pace of life speeds up. Relationships aren’t as big of a deal, nor need they be, and soon four months can feel like four weeks.

I’m in the in-between period. I’ve still got enough of that youthful 20s enthusiasm, but things do certainly feel different. The best way I can describe it is that I’m finally getting to the age where I realize that we really are all just making it up as we go along. I’m finally getting to the age where the people around me with kids aren’t authority figures, they’re people like I am who get thrown into situations and make it work because none of us really knows what we’re doing before we do it, even if we pretend. Kids are just adults-in-waiting, parents are just people, grandparents are just kids by a different name, and every single one of us is just trying to project a sense that they have everything under control. (A remarkably apt description of our current political situation, huh?) I get closer to that feeling every time I get on a plane, and especially as I sit in airports and watch people go about their lives (I’m a people watcher, what can I say?).

Four years ago, air travel felt like a big deal to me. I hadn’t been out of the country, let alone on a plane that took me across the ocean. And it felt like a really big deal. I visited Scotland for a week when I was 19 for a conference and it felt like the biggest thing that ever happened to me. “The world was my oyster,” thought the needy, non-self-aware, short, bare-faced child who had couldn’t imagine the idea that they would just let you drink alcohol at 18 in this brand-new place. Now, air travel is just like getting on a bus. It feels routine. Hopping over to a different place from where I grew up feels routine, and it’s weird to try and communicate that to people because people only understand it relatively. 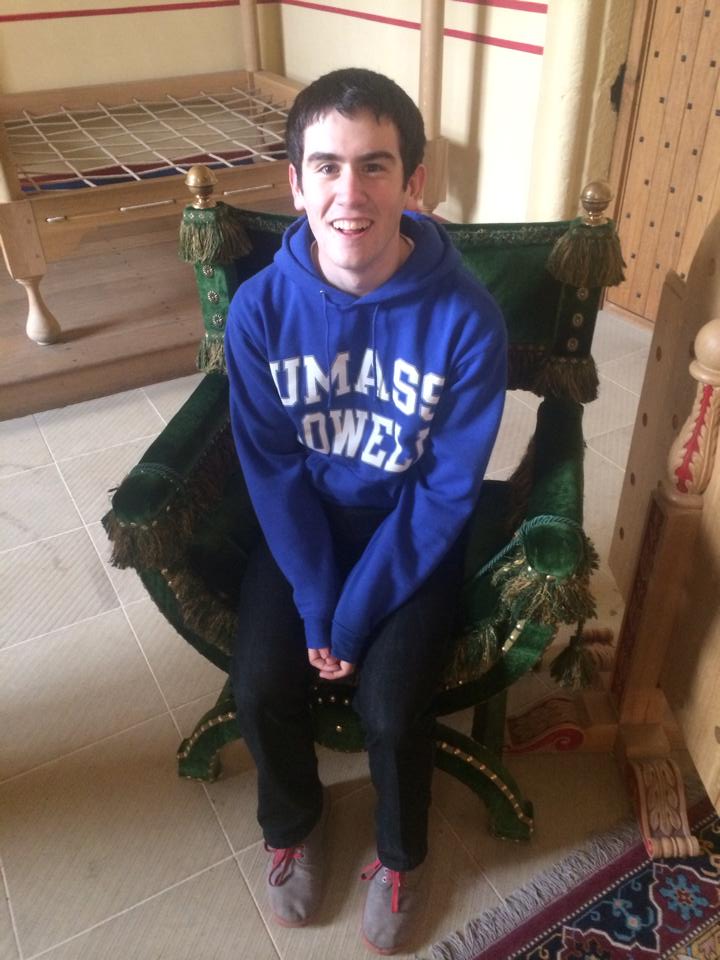 Ah, to be a young boy of 19 again on their first time in Europe. (Never shaving again.)

In other words, I was glad to go home, and it felt big when I got on the plane, but for the first time I got off the plane on the other side of the Atlantic and really got the sense that life goes on — literally nothing had changed. It never really does. In fairness, what I try to emphasize now is that life is still very much life when you’re not in the same country, with all of the same boredom and minutiae and ups and downs of everyday life. It doesn’t make me the best conversationalist, but it’s the truth. (Least of all is there anything exotic about gray little Denmark and the shifty, quick-glance, dart-eyed, heads-down inhabitants it calls the Danes.)

In reflection after two-and-a-half weeks “home for the holidays!,” I think what I missed most about the U.S. (or at least Massachusetts) was the sheer diversity of life and experience. Not even racial or ethnic or class diversity, but the sheer diversity of people. Everybody looks different from one another (all different shapes and sizes!), everything is so sprawling, people have more aggressive conversations, there are more options, everything seems just a little more alive even in its fakeness. It would be overwhelming if I wasn’t from there and was going there for the first time, and I can see why it could feel that way to a lot of people who go to the U.S. for the first time, as well as why it seems so spellbinding even in all of its chaos. In spending more time in Denmark, I now see my values and personality as kind of trapped somewhere between the American and European temperaments – I feel too American for Europe and too European for America. Alas.

*plays a sad song on the world’s tiniest violin*

Part of the separation – which I both miss and don’t miss – is car culture. Our infrastructure isn’t such that a person my age could just not have a car, even for two weeks over a Christmas break. It would be social suicide. Not to even get into the environmental politics of it all, but the social politics of it are hugely disturbing. It affects every aspect of life; mostly in small ways, but ways you don’t really feel until you live in a big city or another country. Over the break, I was constantly in my car buzzing from place to place to do things and catch up people. It’s exhausting. I suppose it isn’t really different from just living in a big city, but there is something that feels acutely American about it about the breakdown of neighborhood and the constant shuttling around between different suburbs. (Especially in the Boston area where you get those weird long highways with a million shops on either side that they somehow expect you to turn into at 50 miles per hour and which somehow manage to all stay in business despite people constantly needing to get from A to B. But I digress.) Nevertheless, I had a good time being home and it felt good to catch up with friends and family. 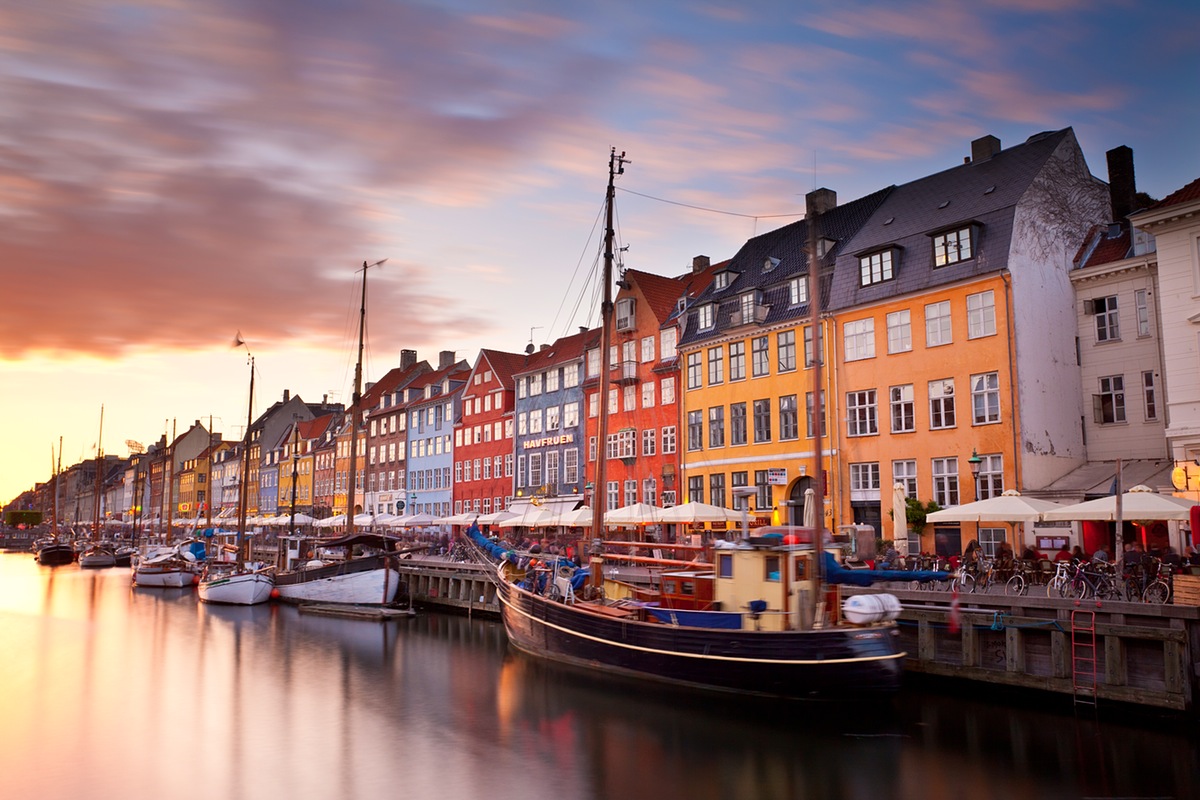 Trust me, it doesn’t look like this most days.

Now that I’m back in Copenhagen, I have to dig back in and prepare for exams. Or, rather, continue preparing, as I’m still in the middle of them. I still don’t quite get the Danish exam system or work-life pace. (It seems so balanced, how peculiar…) Every part of my body this semester has been screaming that I should be doing more and be busier than I am – especially since I’m only working ten hours week (remotely mind you!) – but that’s just not the pace of life over here. Instead of writing a 30-page paper for our final I wrote a 3300 word final (which, granted, I probably put the same amount of time into and forced me to concise down my writing, which you can tell by these unedited blog posts is rather difficult for me).

I’m at least content with the fact that my European friends also think the Danish system is especially laid back compared to other systems of higher education in their countries, and especially to the American system. (So I’m only a little bit crazy). It’s not bad, it’s just different – and probably healthier. I’ve been constantly occupied and constantly learning, but I haven’t felt stressed. Intellectually I can recognize that this is a good thing, but the American in me feels like I should be beating my head against the wall as part of the struggle to move ahead that usually characterizes the exam time of year. Perhaps I just need therapy and to work on my impatience.

The one exam I’m nervous about is the one I’m in the middle of studying for (which is still supposed to be only four questions in three hours). Fortunately, it’s the class that reminded me why I went to graduate school and why it’s worth pursuing an interdisciplinary degree, even as my inner self is screaming to remind people of the historical conditions and political implications of what we’re talking to be. It’s economics primarily – or economic theory I should say, because we leave a lot of the applied stuff to the economists – and business and geography, but I’ve learned a lot by doing it and it’s helped give in background to some of the topics I’m interested and the things I’m always learning about. (I still don’t want to learn statistical analysis through Stata, but alas it’s a good resume-padder.) I’m looking forward to exams being over and getting through the next semester, though, so I can get to the applied stuff and start looking for jobs. I’m ready more than ever to just live life. 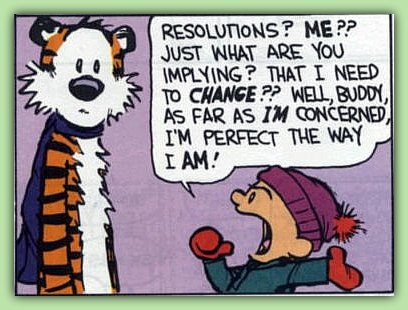 Since it’s a new year, I feel like I should touch a little on looking forward to the year ahead. I listened to a podcast recently, which encouraged people to choose a theme for their year and then make every decision around that theme instead of making specific, small resolutions that are easy to fail at. In other words, instead of resolving to learn a new language, lose 30 pounds, or stop taking your anger out on your dog, you should aim to make your desires around a theme that has been lacking in their your and make every decision you can by thinking of that theme. With that in mind, I’ll end by listing five of my hopes for the year ahead which are related to my theme of connection.

I fully expect that I won’t do everything I want to, but if I think of connection more in the opportunities that present themselves to be me, I firmly believe I’ll make more decisions that will advance me in the way I’d like to see my life advanced. I don’t know when I’ll next be home to the U.S. next, but until then I’m going to dig in, connect, and try to live my temporary life as a more permanent one than it might actually be.

Stay tuned for more stories about surviving exams and more vacation time (thanks, Europe!). I’m also going to throw out a Top of 2016 list (as in top things I did, learned, experienced, consumed, etc) because why the hell not.