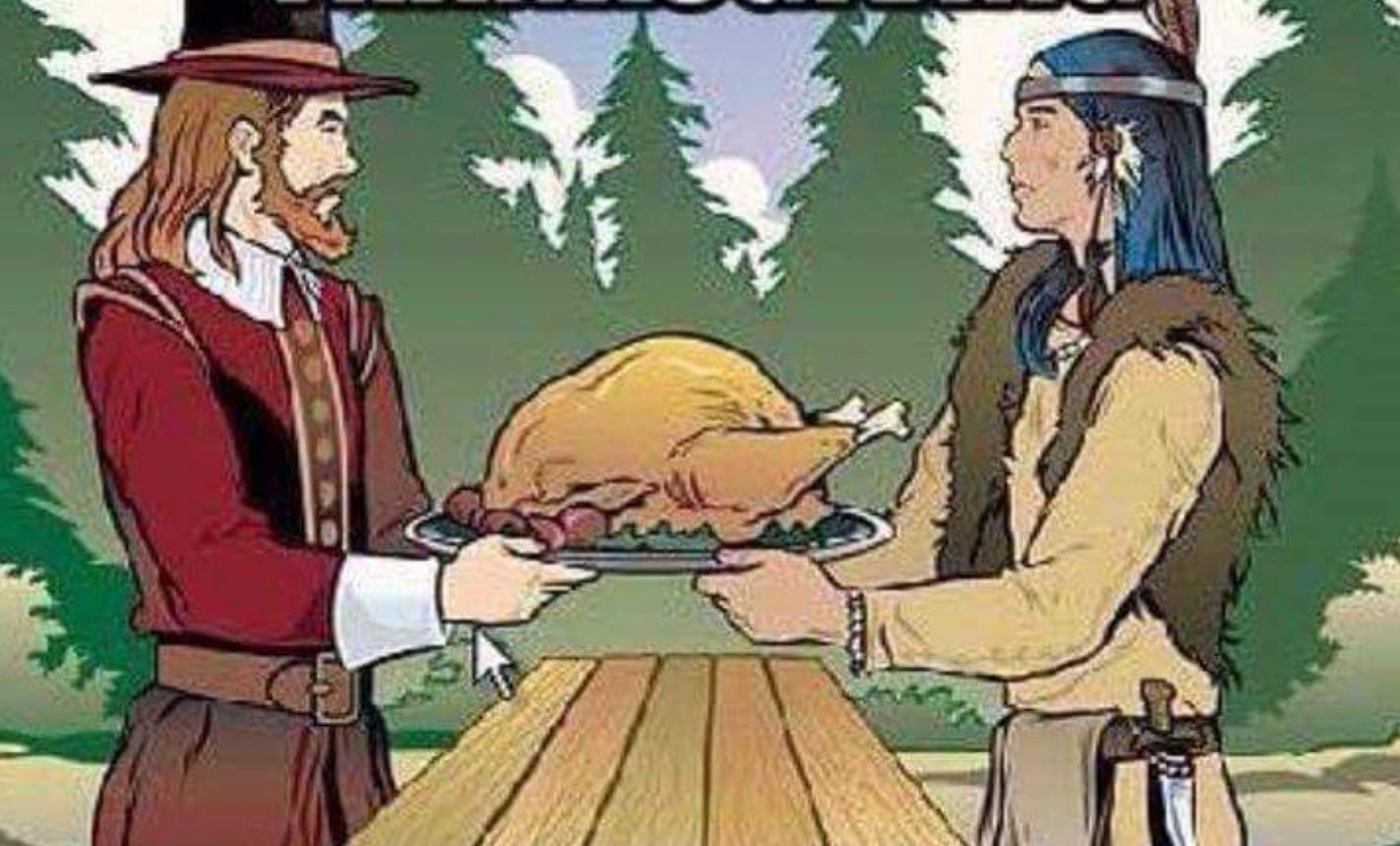 Thanksgiving was never my favorite holiday – that falls to Christmas – but it is the most uniquely American one and one that I have a huge range of memories about. Memories like the time we went my grandmother’s house as a child and she made a ham instead of a turkey (blasphemy!), the time my stepmother used instant gravy that turned into silly putty in the saucepan (and God knows what in our stomachs), or the first time I cooked and carved a turkey on my own. Maybe it’s just the fact that I grew up in Massachusetts, but Thanksgiving has never been a time to bicker about politics and religion over mashed potatoes. It’s always been a time to slow down – a reminder of the good in both halves of my family – and I’m always happy to carry that tradition with me wherever I go.

My first Thanksgiving away from home was last year, when I went on exchange to Queen’s University in Belfast, Northern Ireland for the semester. Given the international nature of the house I lived in (everybody but a few were on Erasmus or exchange), it easily lent itself to a Thanksgiving. We did a traditional Thanksgiving, with all the sides and dishes that you would expect. I liked that, but this year I thought it would be fun to do something different, and instead I chose to host a sort of Thanksgiving potluck. This year the audience was friends and people from my class. While I was honestly a little worried, it turned out great. I’d never hosted a potluck, let alone one for Thanksgiving, so I was worried that either not enough people would show up or there wouldn’t be enough food to go around. 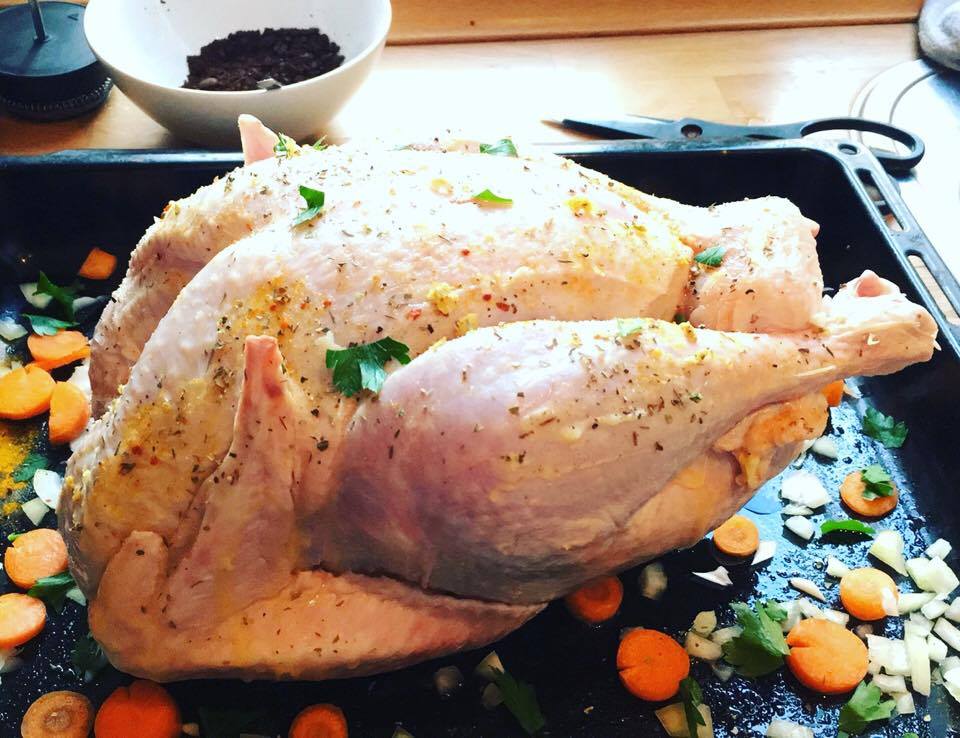 In the end, we had over forty people and – surprisingly enough – the majority of them brought something substantive to eat, not just chips or something like that. I encouraged people to make stuff from whatever country they came from, and while we didn’t end up with anything too crazy (with the exception of the Faroese dried fish that my sweater still smells like) there was some good diversity among the dishes. I of course made a turkey (the other American made the potatoes), and while it didn’t come out as well as the turkey I made last year – might’ve kept it in the oven for 20 minutes too long – it did come out pretty well nonetheless. I had more food than I knew what to do with, and everybody else felt the same. I was glad to be able to provide the classic American pastime of eating so much that you want to pass out, and some people seemed surprised to find out that this was actually true. (And no, no one wanted to go to a bar after like they said that they did.) 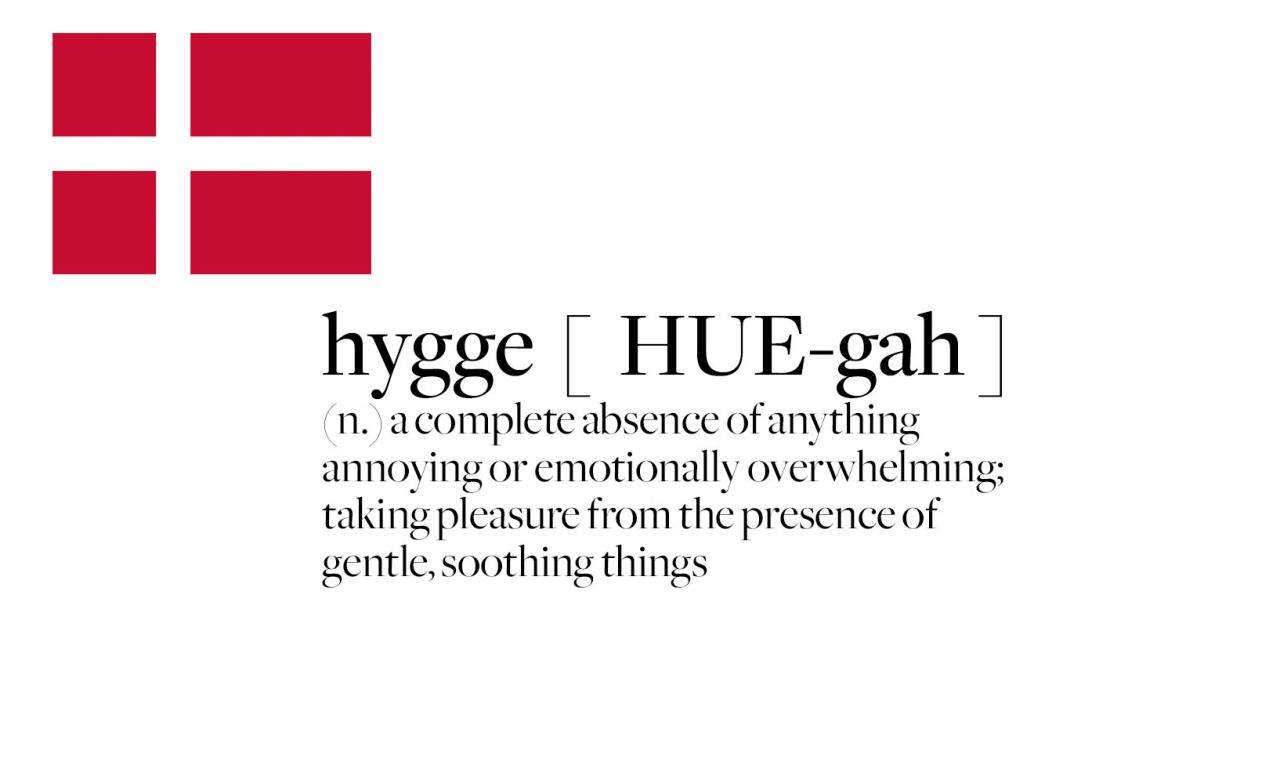 It was the first night in a while that got me feeling like it was actually the holidays. The night was, to borrow a Danish term, very ‘hygge’ (no direct translation, but it basically means cozy with good company and warm light) and it really did feel like it was Thanksgiving, despite my being 4000 miles away with a bunch of Europeans and none of the normal accoutrements of the holidays. I was also surprised to find out that despite the lack of a Thanksgiving tradition they still had Black Friday here in Denmark, which I happily chose not to take part in due to my disdain for the tradition (and my general lack of money). (I did replace my earbuds for quite a deal though! But I needed to do that anyway I guess…)

Since then, it has been feeling a little more like the holidays, and a lot of that has to do with the weather. While it is still cold, it’s less grey, and the wind has not been nearly as characteristically Scandinavian as it normally is. My favorite part of Christmas is the lights at night and the cold, but when it’s accompanied by Scandinavian wind and rain it’s not nearly as charming. So, needless to say, the clear weather has been a nice change of pace, and it’s given me some of that holiday feeling at night which makes me both happy to be in a new place and missing home. Some of the sadness and darkness of October and early November is finally giving way to new feelings of life. 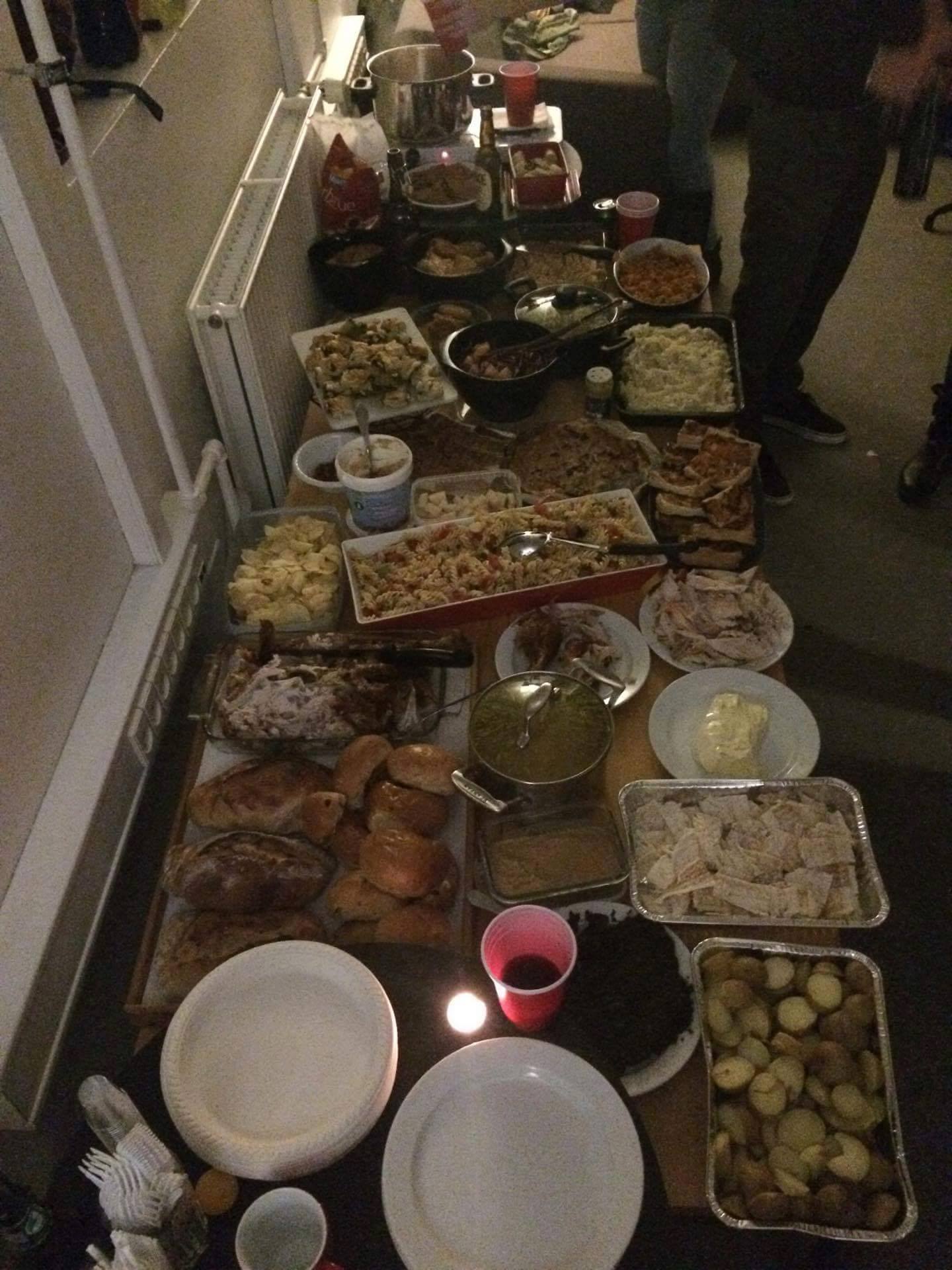 Life here is continuing as usual, though. After a spell of traveling, I’m settling in for the long part of the semester. I have three weeks of school left, and then I’m home for the Christmas gap, and it couldn’t come soon enough. There’s a lot of group work now in my course, which I’m not usually a fan of but they seem to love it over here. The laid-back nature of the Danish educational system is very off-putting to me, and the idea that I’d do a semester-long group project with only the vaguest of ideas of how it will affect my final mark – or a 3000-word group report with no effect on my mark whatsoever, for that matter – is very off-putting to my American sensibilities. I’m excited to be done with the semester, not because I don’t like the course but because I’m excited to move on to other things.

School will slow down in a bit, but I do feel very busy at the moment given the fact that I just got a new job working as a research assistant for a professor at the university. I’m doing some work for a professor working on climate change issues, and it while it has been a little jumbled so far, it’s been interesting nonetheless. I am glad to be settled into a new apartment which will hopefully be more permanent, but added stress is now coming from the fact that the first apartment I lived at is no longer deciding to give me my security deposit back on the most dubious of grounds, and now I have to go through a whole formal complaint process to try and sort that out. The fact that I just started my new job means I don’t start getting paid until the beginning of January, and the added stress of financial considerations is never something I like to have to deal with as I’m rounding out the busy part of the year.

I’m glad to have the flexibility of being able to work that is completely independent and to be to do school at my own pace, but it can be pretty all-encompassing when you’re in the middle of it. Because my program is a lot more full-on than a lot graduate degrees, I have a lot of contact hours in combination with a lot of reading and studying – and now work – so the constantly being on and having something to do feeling can be pretty tiring. I’m starting to feel these days that while I can have the nights off I never really have the day off because there is always stuff to catch upon. I haven’t quite burnt out like I did during my Senior year of my undergrad, but I could get there pretty soon. I’m ready to be an employee of the world, where you can turn off when you are not at work and get paid for it. Isn’t that the life?

I’m not too worried about it though. One of the unique aspects of the program I’m doing is that we get to do field work in Africa for a couple weeks during the second semester, and that the second year is basically ours to make it how we want. I intend to do an internship for credit before doing my Master’s thesis. So while I am a little tired of school – and I certainly have my going straight-through to a Master’s to blame for that – I am glad I’m getting it done and that the stuff that’s different is hopefully soon to come.

Looking forward to the holidays (and forgetting about exams after that).