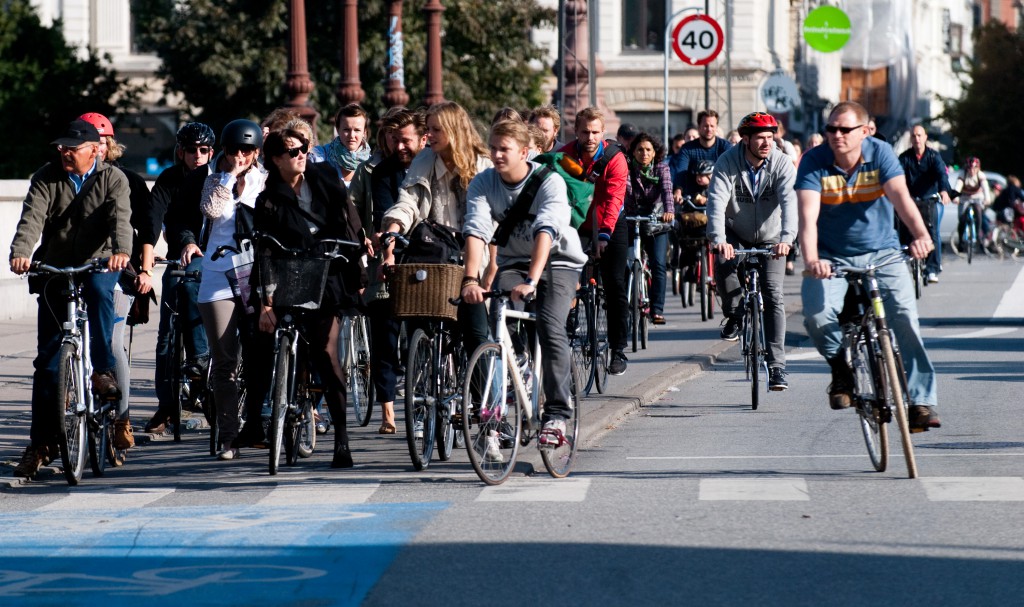 My friends are probably sick of this story, but here goes… I got into a small bike accident, and of course the world didn’t end but the circumstances and the outcome make for a good story. This story is one I’ve been meaning to put down for a while because it speaks to three aspects of any good story: bad choices, bad luck, and good outcomes, with an added cultural spin.

It’s almost cliché to say that since I have arrived in Copenhagen, I’ve become a cyclist. Getting around the city with a bike feels great, the city makes it so easy, and I now feel naked without my bike. It’s an extension of my life in the city. An example: In my typical hyperbolic fashion, I was complaining to a friend about having to walk to the metro station before my vacation last week because it was honestly the first time I’d done any significant amount of walking since I bought my bike about seven weeks ago. (I suppose it’s better than when that once might have been the case with me and a car. Oh, how I don’t miss my car like I thought I would…)

In this context I’ve taken my bike as a given, in the sense that it’s easy to get around, fatal cycle accidents are one-in-a-billion and the infrastructure is so good to support cycling that it makes the chances of something happening seem very low. Getting into a bike accident wasn’t something I thought about or considered in the way that I did getting into an auto accident, and so I was totally unprepared for its eventuality. I suppose I knew it would happen at some point, but I didn’t put a lot of thought into bike safety, bike insurance (is that even a thing?) or what the proper protocol is for bike safety before and after an accident.

About three weeks ago last Friday, I was high on exhaustion and adrenaline. I’d been out late the night before because, well, long story, and my six in the morning bed time was jolted to a halt by an alarm at 10 reminding me that I had to work on a survey research project with the study group from my course. It was one of those beautiful Fall days that are so rare in Denmark, the ones where you feel good about everything. My mild exhaustion from the night before made everything seem important even when it wasn’t – those types of mornings. I hung out with my group after we did our work, and it was a lazy afternoon where everything feels good despite your doing nothing because you are surrounded by good people. I even managed to get Dunkin’ Donuts from the Copenhagen Central Station – a first since I got here – which made me feel nostalgic for home but also at peace with my place in the universe. (The quality is better here but it doesn’t taste as good, go figure. #Murica)

I was cycling home during the late afternoon, and was about a kilometer and a half (uh, one mile or so) away from my apartment, excited for a small dinner with friends that night, when I noticed someone cycling the opposite way in the cycle lane. This isn’t normally a big deal; I guess it’s technically against the law in Denmark, but nearly everybody does it safely and for a short period at some point to get around construction or correct a navigation mistake that they have made. I didn’t think twice about it. As I got closer, I could tell the old man on the bike carrying a bag filled with bottles was incredibly drunk, so I did my best to get out of his way, eventually getting out of the cycle lane and nearly into the road when he got even closer to get around him because he had no clue what he was doing. As I passed him from the left, he lost control of the bike and swerved to the right towards me, knocking me out of the cycle and into the road.

Now, this wouldn’t be a huge deal except for the fact that it shattered my phone and punctured my front tire. I wasn’t sure what to do in this situation, and was more worried for the guy than I was for myself, given that I was young and only had scrapes and a mild sprain in my left arm. The man couldn’t even make a sentence in his own language (not Danish) let alone English, nor could he stand up on his own. I was grateful that two women who were passing by helped me out. One of them made a point to call emergency, while another helped me with the old man, who was drunk and clearly in more pain than I was. There were beer bottles broken all over the cycle lane, some empty and some full.

I noticed two children playing on scooters come from around the corner and then run away. Presumably they knew the man – who had to be in his sixties I was guessing – and ran away for help. I told the women I would take care of everything and they left. The kids came back with one of the kid’s fathers, the man’s son. The son was completely unwilling to make his father take responsibility for anything, which was made worse by the fact that I had no idea what my legal or moral standing was in a situation like this. I felt bad that the guy was in this situation, but I didn’t deserve to be treated like that in a position where I clearly has no power or leverage. I wasn’t the bad guy so why was I being made to feel like one? After minutes of questioning the son and trying to get some sense of what to do, he told me to call the police but that it would not do that much good.

Not knowing what the proper way to deal with this was given my deficiencies in Danish biking law, I really wasn’t sure if it was right to call the police for a minor cycle accident, or if there was any way of establishing liability. I was unsure of what to do in this situation, and with the guy refusing to give me his number, I acquiesced. It was a tricky situation, certainly more difficult by the fact that I was in another country with a different cultural context and unaware of what legal barriers there might be. I probably should have pressed more. I was a little shaken and put off that the guy wouldn’t even give me his number to try and fix the situation, as I felt I was entitled to at least the most minimum recourse for my tire. I went to a cycle shop down the road and found out that I could repair the tire for 400kr (about $60), so I got a receipt and went back to the neighborhood to locate the son. 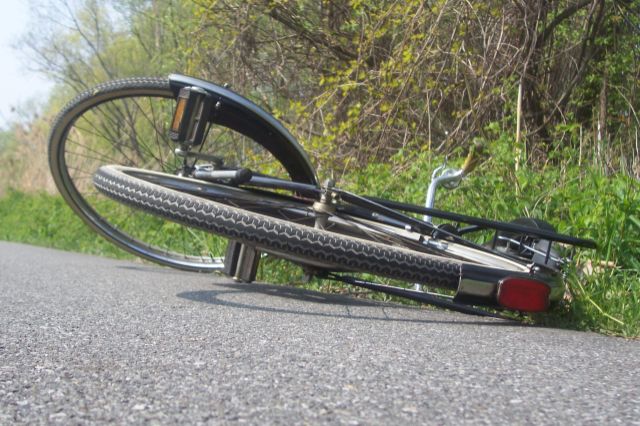 This bike will play mine in the made for TV movie.

Fortunately, I succeeded in tracking down the man, and the son was much more cooperative on the second go-round. All I wanted was someone to give me some honest sense of what they knew of situations like this, what I should do given my ignorance, and if they’d be willing to help me out with the tire. I wanted some sort of reassurance that I wasn’t crazy for tracking them down, even if it wasn’t material reassurance. I got stuck in a long conversation with the guy, which was tedious but I was grateful for because it allowed me to empathize.

Despite the son being a bit of a jerk to me the first time, I felt bad that I had to put him in this situation. He was clearly embarrassed by his Dad, who he described as his “biological father but not his real father” and was unsure of what to do in the situation. It apparently wasn’t the first time the father had caused damages to himself and to other people through his drunkenness, and the son was in over his head. The father was sorry but unwilling to meet with me, or take any personal responsibility. I knew I shouldn’t feel guilt for doing what I was doing, but considering the family situation it made me question the moral and legal grays of the situation in a way that I hadn’t before.

It was clear to me from then that I’d stumbled in on a very sad family situation, the dynamics of which were playing out through the biked accident I’d gotten into. Here was a son having to do everything to take responsibility for the actions of his own father… They agreed to pay for the tire, as well as cover some of the costs of damages to my phone outside of warranty if necessary. It was surprisingly amicable, to the point where I felt guilt for having to insert myself into the strained dynamics of this family. I sympathized, and that made it difficult for me to feel like a victim. A lot worse could have happened but didn’t, and I was just grateful the guy was OK as well. In the end, it was clear to me that I was as in-over-my-head with this minor bike accident and its consequent drama as was this strange father-son relationship that I’d become a sort of fulcrum for. 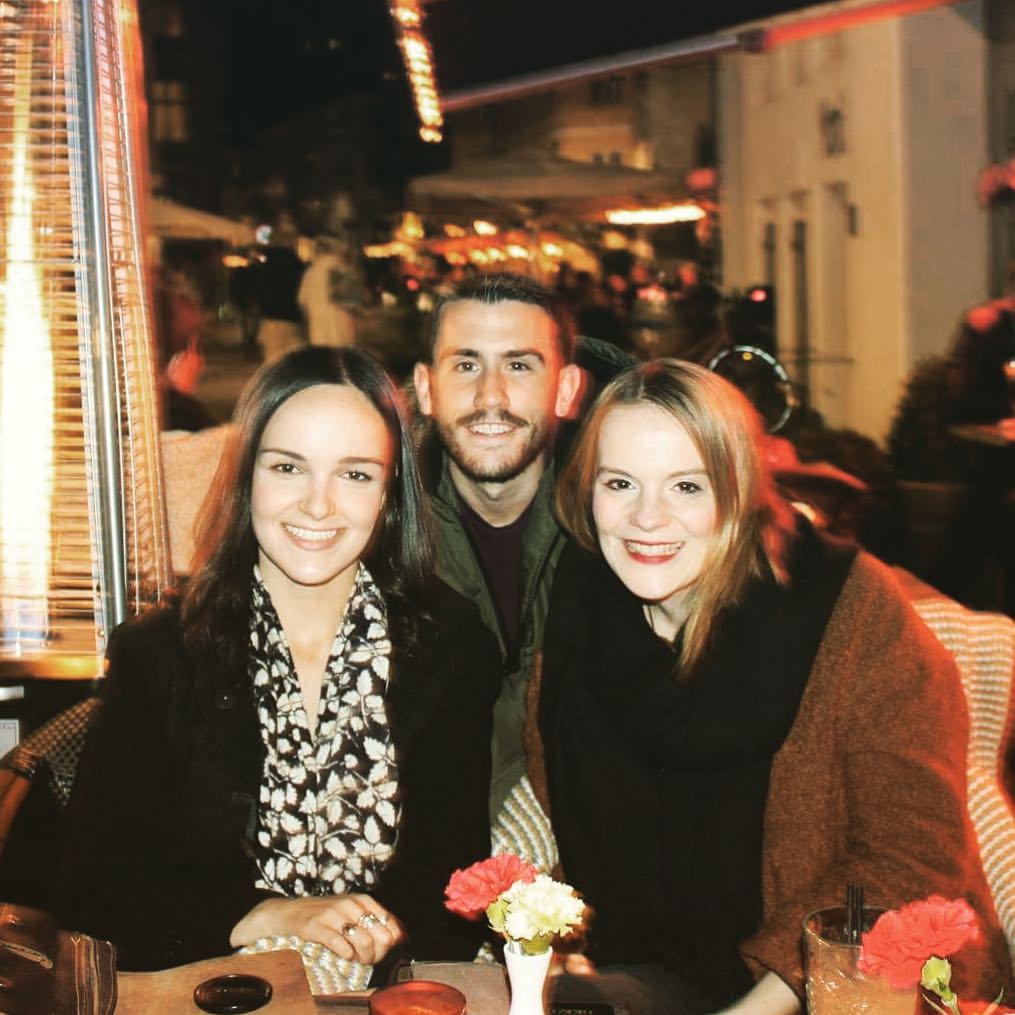 Even bad days can end in good nights, though (night of the accident).

In a dark sort of way, it was one of the first situations which made me connected to the local community, and also one of the first situations which made me realize how little I still knew about the place I was living. I didn’t know if there was a thing like cycling insurance or home insurance, let alone how much it would cost or if I should have it as a student. I wasn’t sure what the proper recourse was given the cultural context, and I knew that the language and legal barriers of pursuing it might make it more difficult. I was a bit out of my depth and not sure of what I could do to prevent that from being the case in the future.

I’m glad the situation resolved itself quickly and amicably, and I also realized how much more attention I need to pay to cycling laws, norms, and practices while I’m over. It was another example in a long string of bad luck situations for me, but it also made clear my own ignorance regarding all of this. I wasn’t a victim; I could have had more leverage in the situation but didn’t. It’s a lot more serious of a thing and my bike is my car at this point, as silly as that sounds, so I need to think of it and myself as such. I’m glad that this situation resolved itself peacefully enough that I could that away, and I’m hopeful that everything will turn out fine for the father and his son as well.

What a bizarre little window Danish life and human life that was. Even small bike accidents can teach you something about living life abroad.

Stay tuned for more stories of travels to Berlin and Prague, as well as Lithuania and Latvia (it’s been a busy two weeks).