Introducing Fairbanks Pharmaceuticals, one of 20 medtech startups chosen as finalists in the 7th annual M2D2 $200K Challenge. CEO Alan Schneyer explains their innovation and shares the story of its development.

What is the innovation you’ve entered in the M2D2 $200K Challenge?

Fairbanks Pharmaceuticals is developing a novel treatment for type 1 and type 2 diabetes that addresses the underlying cause of the disease.

What inspired you to develop your device?

I have been involved in biomedical research for more than 30 years. Along the way I discovered a pathway that influenced the number of insulin-producing beta cells in mice. For years, I worked on discovering the source of these new beta cells and ultimately determined that some new beta cells arose when other cells became beta cells under the influence of this pathway. I also found that the same pathway could repair function of diabetic beta cells. By the end of 2014 I realized that this could become a therapeutic and founded Fairbanks to develop the idea.

What are the most significant barriers you’ve faced and overcome?

For many years, “big pharma” considered the research more basic science than translational/commercial—so they were reluctant to fund the work. Angel investors also wanted to see in vivo data that supported the proposed therapeutic mechanism, so we first created a prototype with NIH SBIR and personal funding. Now that we have a prototype, IP, and in vitro evidence that this therapy benefits beta cells, we will be moving ahead with our testing in vivo using mouse models of diabetes. We expect our Phase II SBIR grant to start in April 2018 but still require additional investment to complete development to the point where it can be tested in humans.

Can you share a “Eureka!” moment—a breakthrough in the development of your idea? 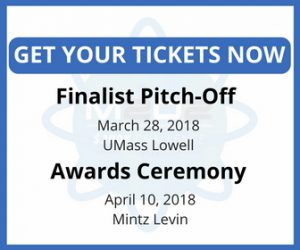 Most mentors/colleagues thought it would not be possible to develop an antibody critical for development as a therapeutic, but I had confidence that I could and was eventually able to accomplish this.

If you win, what’s next?

We expect our Phase II SBIR to start April 1, 2018. We are in conversations with several pharmaceutical companies to partner on this research and continue to seek additional investment so that we can complete the pre-clinical studies by 2020 and start testing in humans.

You’re invited to meet ALL the finalists in person at the two upcoming events that will conclude the Challenge: