For day two, everyone was refreshed after the changing timezones and plane ride. We all went on a hop-on hop-off bus tour around London. We got to see many interesting sites in London like St. Pauls’s Cathedral, even if we could not take any photos inside. We also saw the London Bridge from afar and Big Ben which was under construction at the time. The London architecture really stood out to me because there are so many buildings that do not fit the norm. In Boston, there are some buildings with interesting shapes, but London has a lot. There are buildings that are extremely tall but are hanging at strange angles which makes me question how it is still supporting. After the bus tour, we all went the to the Transportation Museum. Personally, automobiles were never of any interest to me, but it was very fun to see all the different trolleys and old fashioned trains. While we were there, an exhibit was being showed that housed amazing designed posters. The exhibit was called London Stories and the posters all displayed something different that happened in London. The story could have been very impactful, or it could have been a small story. One of my favorites was “Mind the Gap” which was about a bus driver who sped up and jumped a bridge that was opening up to let boats through. The poster displays this incident, but the story is so amazing that it caught my attention. 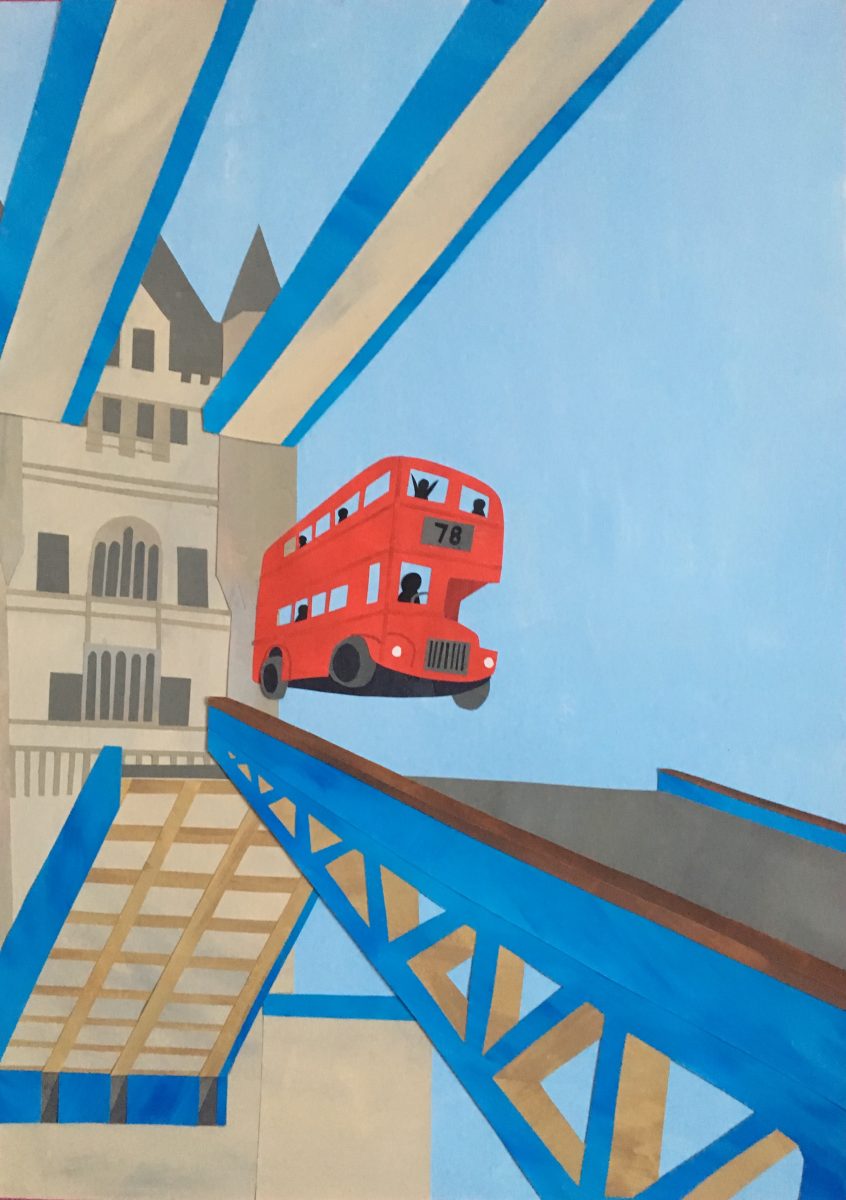