We had the opportunity to visit the British Library’s excellent exhibit, “Shakespeare in Ten Acts.” While walking through we got to see Shakespeare’s First Folio (1623), the first printed edition of Hamlet (1604), two examples of Shakespeare’s autograph, modern costumes, modern adaptations, and tons more. Perhaps the most exciting, however, was the gift shop. As one of our group said, “Way better stuff here than at the Globe.” Complete with Shakespeare rubber duckies, crystal skulls full of booze, and daggers standing there before you. 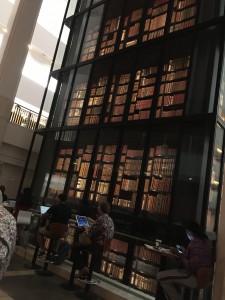 The King’s Library stands in the Center of the building 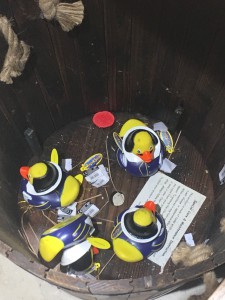 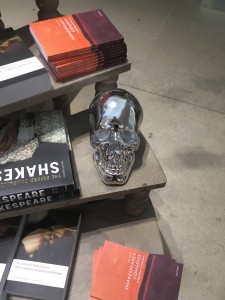 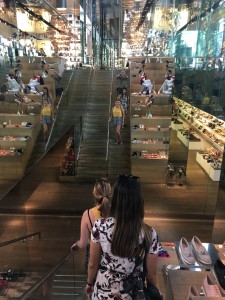 Megan and Emily find wonder in a crystal palace of shoes

We then bounced to that other British institution, but taking our time getting there while meandering through Covent Garden. Aside from a few macaroons, no one took the shopping plunge. 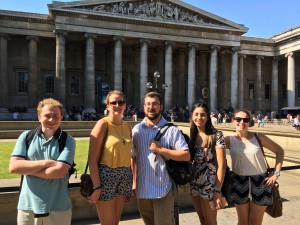 In front of the British Museum 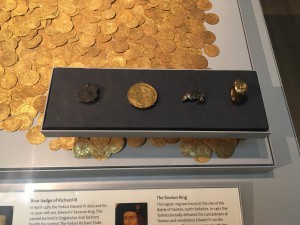 Coins and signets from kings Shakespeare dramatized, including Henry VI and Richard III