Havana Club Rum. Besides cigars, this is Cuba’s biggest export. As this was the highlight of an otherwise rained out day (the eastern coast of the United States, and Cuba with it, was under the influence of a large storm system at the time) this is what I will discuss. The process of making rum starts in Cuba’s numerous fields, which are only used for growing cane part of the year. The cane is then turned to molasses and burned to create what can be described as a gin made of sugar. The newly formed gin is then aged in burned out American white oak barrels imported from either Ireland or Scotland, with ethanol and anywhere from 24-to-36 percent water added. While the process of making rum, however complicated it may be, is somewhat common knowledge, what is not, is the company of Havana Club. Havana Club is a company that is very commercial, especially when compared to what little industry the rest of the fledgling nation of Cuba has –  I imagine this could be a form of admittance that the rest of the known world, possibly even America itself, is somewhat correct when it comes to commerce. It should be mentioned, as further evidence, that Havana Club is partially owned and operated by French beverage producer, Pernod Ricard. The company utilizes a very precise method of production, in which a product is specifically made for a certain market, in a certain country. For instance, Havana Club has started manufacturing a vanilla spiced rum to cater specifically to the youth market in Spain. In this way, Havana Club as a company almost seems to be directly opposed to everything the Cuban revolution stands for. Alas, nothing in the world is without its fair share of hypocrisy. In another highly unusual move for Cuba, Havana Club rum is then perfectly packaged in post-production in what can only be accomplished by modern mechanized computers and bottling machines. Each label and box looks to have been planned out by a graphic designer to maximize marketing potential and sales internationally. It can be said that even a government-run entity must compete in a more loosely regulated market if it is going to sell its products within Europe and the Pacific Rim. This is not to say that Havana Club is alone in its strange forbidden fruit-like business endeavors, Cohiba, another trademark of the island, seems similar in operation.

I will admit to being a free-market biased business major, but Havana Club can only be described as the conundrum that is the Cuban Revolution. Just like the communist Manifesto itself, the Cuban Revolution is a great idea. In fact, it is downright brilliant. Unfortunately, it doesn’t work and never will. Havana Club represents this difference between the practical and ideal. However attached the Cuban government may be toward the system of economics they chose to pursue, when push comes to shove they still need money from a capitalistic enterprise like Havana Club – the same capitalistic enterprise that the Cuban government pretends to loathe and not need. When an agricultural economy such as Cuba’s arises, it is fair to gamble that a socialistic stance may be taken, as demand is almost perfectly inelastic and so the government may regulate operations to the betterment of both the buyer and seller. We, as Americans, can see this concept in our airline industry and pre-oil-crash petroleum trade, where the case can be made for further government regulation. However, a socialistic stance with reference to an agrarian economy such as Cuba’s will never give rise to any type of lucrative prospects without industry on top of it like Havana Club. Industry that is perfected in capitalism and thus, in this case, it can be said that Havana Club is a necessary evil for the Cuban Government 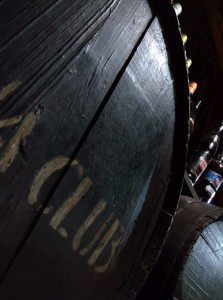 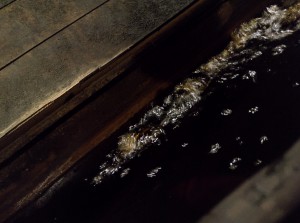 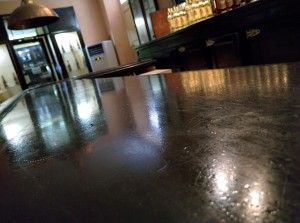