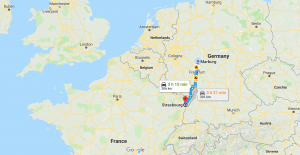 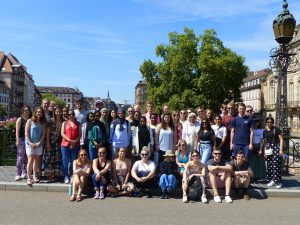 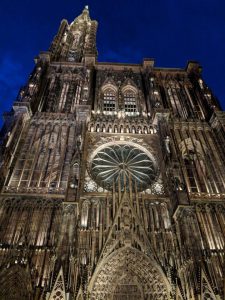 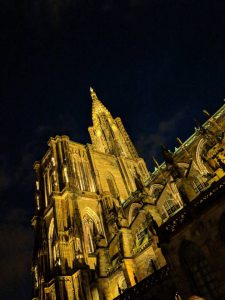 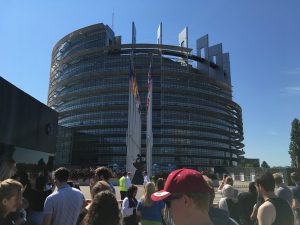 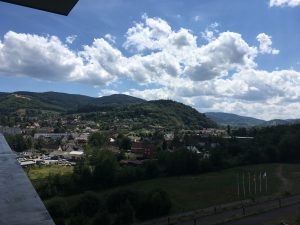 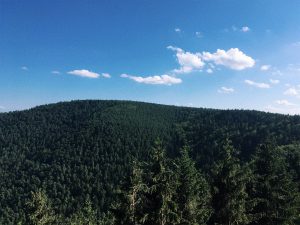 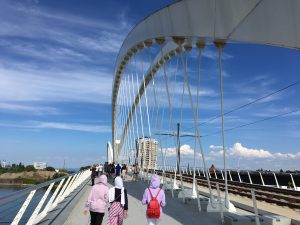 Wow. It has been quite the busy few days! Where do I even start?

Well, if you read my last post, I ended it by hinting that I had a surprise about something coming home, quite cryptic. That is unless, of course, you are a football fan! Football as in World Cup football, also known as what was/is (depending on who you ask) coming home to England! 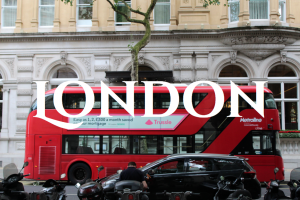 I could go on to explain what exactly that saying means, but we have so much more to talk about! I had the opportunity to stay in London for the four days prior to the start of my studies in Marburg. So, on Tuesday night in the U.S.  I frantically packed my bags (naturally) and jetted across the pond with the hopes of catching England’s semifinal clash against Croatia.

After a stopover in Iceland, flying into an airport that I wasn’t planning on, dropping my bags off at my Air Bnb, and taking the “tube” across the city I ended up in Flat Iron Square just in time for England’s furthest World Cup run since 1998.

I must say, despite their hard-fought 2-1 loss to a peaking Croatia side, I had an amazing time getting to know some of the England fans and watching a match with a team I could actually get behind (thanks a lot for missing the World Cup, USA, cough cough).

I spent the next few days walking all across London. I saw Big Ben, Westminster Abbey, the London Eye, London Bridge, Buckingham Palace, Tower Bridge, the Millenium Bridge, and so much more. The fish and chips lived up to the hype… a huge relief. Also, the street performers sounded like Adeles and Ed Sheerans in the making (I know Ed Sheeran has Irish roots too).

As quick as I got to London, though, I left. At 2 in the morning on Saturday, I left for Heathrow Airport to catch my flight to Frankfurt. There, I met a group of students from Dubai who were also traveling to Marburg, and later another group from the U.S. and Canada. We took a two-hour train ride through the countryside around Frankfurt, and at last arrived in our city Marburg where we filled out paperwork and moved into our dorms before grocery shopping and taking part in a welcome BBQ. 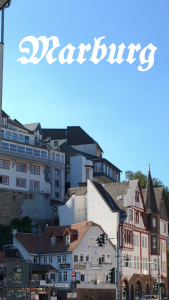 I’m sure at this point with the two-hit combination of travel and jet lag we all looked like zombies as we all gradually left the student center and trekked (or rather stumbled) back up the hill to our dormitories. Finally: some much-needed sleep.

The next morning, our group participated in an academic orientation of sorts before eating in the heart of Marburg, the marketplace, and taking a guided tour of the city. Me and some students from New Brunswick, Canada, and St. Louis, Missouri tried Auflauf, a potatoey/cheesy pasta bowl which Marburg is famous for. Despite coming nowhere near finishing, I have to say it was quite good. Since then, a group got together to watch the World Cup final, but since then most of the students are taking advantage of some rest and relaxation. I’m sure there’s much more business to come.

While the first week away has been busy, I have already learned so much from the people I’ve met, and I’ve already started to see how I will grow over the next four weeks. While it can be hard to all of the sudden be thrown into a whole new environment in which not much is familiar, I can already identify some good friends, and of course the feeling of culture shock is only temporary. I look forward to adjusting further the next few days, and am looking forward to a trip to Frankfurt this weekend, but for now I plan on reflecting on the whirlwind of a week I’ve had and soaking in some of the beautiful views of the city.

As the last post mentions, my name is Michael Gergely and I am currently a student at the University of Massachusetts Lowell who is going to be studying this summer in (you guessed it) Marburg, Germany. What you may not know about me is that most of my friends call me Mikey. Actually, people only call me Michael when something is wrong (i.e. I’m in trouble) so let’s stick with just Mikey for now. I’m also new to WordPress, so bear with me as I continue to figure out how I’m going to format these blogs.

In terms of other important information about myself, I love basketball, but soccer is my favorite sport to watch. My favorite kind of food is probably fettuccini alfredo, but I feel as though any Italian dish could probably take that top spot. Bananas are a close second. You read that right. I love math. You read that right too. 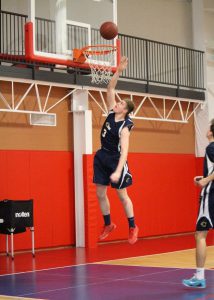 I also love the movie “Inception,” but “21 Jump Street” and “Interstellar” both are movies that I hold pretty close to my heart despite being totally different. I have a younger brother who is a rising freshman in high school who I’m hoping will (but probably won’t) read these, and I dabble with some musical instruments like piano and acoustic guitar. Finally, my favorite show is “The Office,” so I’m really hoping that I’m able to get that on Netflix in Germany. Fingers crossed. 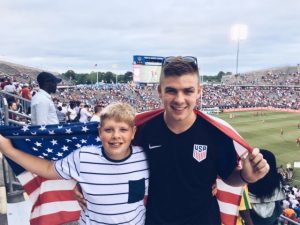 In Marburg, I will be taking an intensive German language course which will hopefully come in handy at some point, and a course on German culture, history, and politics. I also have two supplement courses which split up the 4 weeks of my stay. First, I will be taking a class on cultures of socialism in Western Europe which is definitely the class I’m looking most forward to. Then for the final two weeks, I will be taking another seminar on Grimm’s Fairytales in a European contextualization which also seems very interesting. Finally, I have two excursions planned through the University itself. The first is to Frankfurt for a weekend, and the second is a trip to Aix En Provence in France.

I’m looking at this experience as an opportunity to not only partake in an entirely new culture, but also to grow personally through the independence that is fostered while being abroad and the increased awareness and compassion that comes through understanding how other people live. I look forward to chronicling the next month of my life, and I’m blessed to be at a University which empowers its students to challenge themselves in new ways like this.

P.S. I plan on writing and uploading another post tomorrow that actually talks about what I’ve been up to for the past couple days before going to Germany. Hint: “It’s coming home; it’s coming home.”

You can also read blogs from current and previous trips to Germany listed below or from other destinations across the globe UMass Lowell students travel to.