Last weekend I had the incredible opportunity to visit Lisbon, Portugal for three days with my dad. Before going, I knew next to nothing about Portugal aside from the fact that their food specialty is sardines. I am happy to say that I learned so much from this trip that I didn’t expect, so here are 4 things you may not have known about it!

The Portuguese language is actually closer to French than Spanish!

It is! I was very surprised to hear this from our tour guide, Leonora from Withlocals. I am a French minor at UML, so we were talking about foreign languages and she told me that it’s easier to learn Portuguese if you know French, and vice versa, as opposed to Spanish, because Portuguese and French have the same grammar and most of the same words.

There was a giant earthquake in 1755 that completely destroyed Lisbon, but the city and its culture have survived!

On November 1, 1755, a giant earthquake with a magnitude of 8.5-9.0 hit Lisbon, followed by fires and a tsunami. Just within the city, between 10,000 and 100,000 people died, whether by the earthquake or any of the subsequent disasters. It decimated Lisbon, but with time the city was rebuilt and the culture of Lisbon- Lisboa, in Portuguese- thrives today.

The food is the best part of Lisbon– especially the pastéis de nata!

I will never stop raving about the food in Lisbon! From the more traditional foods like pastéis de nata, a custard tart, to amazing steak and ham, everything was amazing. For breakfast I highly suggest Bastardo, the restaurant in the hotel we stayed at (which is also phenomenal). The breakfast buffet here had so many options that ranged from cereal to eggs and sausage to cake! The environment is lovely, too- all of the chairs are mismatched and it has a very homey feel to it. If you want to have the best pastéis de nata in Lisbon you have to go to Pastelaria Santo António. Leanora brought us there during our tour and my life will never be the same! For just €1 apiece you can have the best dessert in the world!

The city is full of hidden gems– even though the architecture may not be anything special on the outside, Lisbon’s buildings are full of beauty!

We learned during our tour of the city that though Lisbon isn’t full of breathtaking architecture and art like Italy or France, it holds its own humble beauty. When Portugal was still a kingdom, the Jesuits, a Christian order, came to Lisbon and started building churches. They didn’t like having extravagant exteriors, but once you go inside these buildings it’s unbelievable. They are filled with intricate chapels laced with gold and marble, and these are only the less extravagant ones. Most of the churches that held riches and beautiful statues and art inside were destroyed with the earthquake, so it is crazy to see these beautiful places and think that there were even better ones before.

The Portuguese people take immense pride in their country, as they should. They are kind, humble, and welcoming to visitors, so it is certainly a place I will return  to in the future.

Shaelyn is a UMass Lowell History major studying this spring on a UMass Lowell partner-led study abroad program, AIFS in Limerick, Ireland at the University of Limerick. 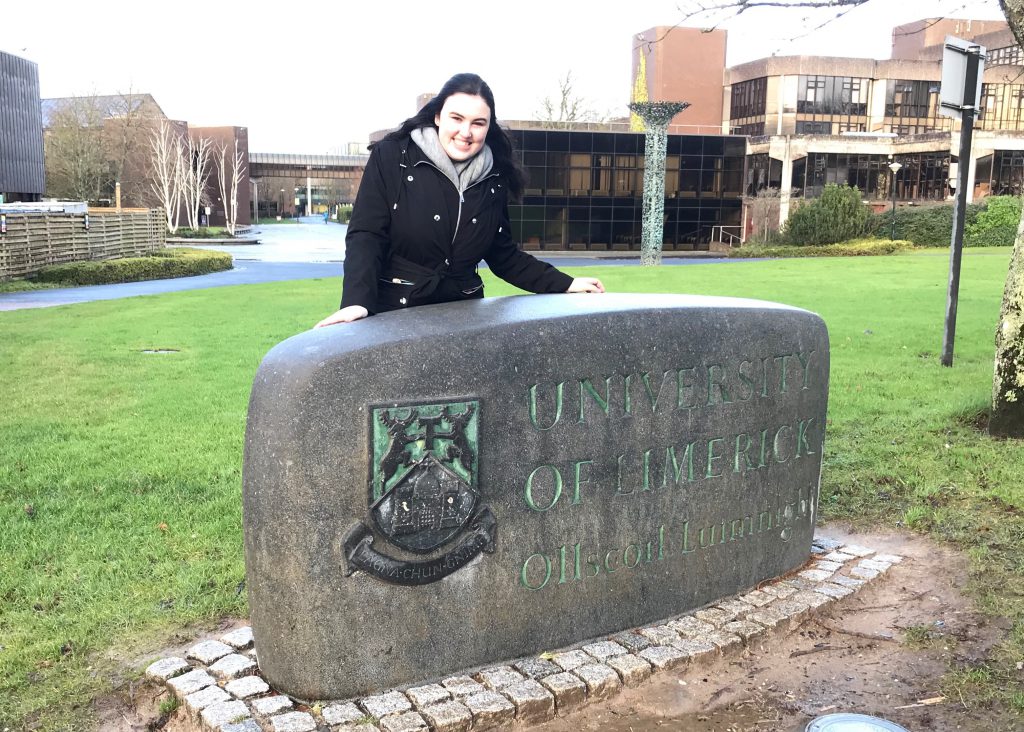