Humor:
The sense of humor here, with my Spanish family, reminds me of my humor back home. We fondly tease the teenager about always being on his phone and the computer. My youngest brother is sarcastic and makes the same jokes I can imagine from other 10 year old children. I don’t know why I expected the humor here to be different, the more I think about it the more ridiculous of a notion that seems. For example, every single meal is served very hot, and every single time my youngest Spanish brother, Gabriel, immediately bites into the food and then freaks out about how hot it is. One time, he did this, and I asked him “Oh, is it hot?”, and he stared my right in the eye and deadpanned “No, it’s freezing”. In this moment, Gabriel could’ve been me, or any of my sibling or friends, as we have all made this exact joke in the past.

Free Time:
It may just be my Spanish family, but I find how the pass the time at home extremely strange. The watch YouTube. A lot. Occasionally they’ll have the news on, but most of the time they’re constantly on YouTube. They watch a lot of video reviews of amusement parks and rides, as well as a YouTuber playing a video game with the split screen set up. They also watch a lot of comedy club clips on YouTube. For the first week I was here, it was an endless list of YouTubers rating various amusement parks around the world all day every day. The whole family would sit around and never get bored of it.
They also play a lot of video games and play on their phones a lot. But, unlike my family, do not hide in their rooms to do so. They all sit in the living room (the only room with air conditioning) and have their individual head phones on. This is interesting to me, because they’re all doing separate things, but at the same time, all together.

Food:
I’m a picky eater, and among some of my most hated foods are tomatoes and onions. So, coming here, I made it my goal to try everything my host family served me. So far, some of the most notable new food items I’ve tried are: nectarines, peaches, pears, sangria, sherry, fish eggs, margaritas, whole fish, gazpacho, pirinaca de cebolla, tortilla, salmorep, and much, much more. Some I hated, some I love, but, overall, I’m proud of myself for fearlessly trying so many new and interesting things.

Nobody in Spain has leg hair. Nada. Even men, it’s common for their legs to be smooth as a baby’s bottom or only lightly feathered with a little very thin hair. Our showers here, specifically in my house, have to be under 5 minutes to conserve water. Mine are typically around 3 minutes. I had no clue how I was expected to shave my legs in 3 minutes, or how my house mom did. I have never ever seen one razor in my house either which makes things stranger. It’s a small and insignificant mystery for me, but a mystery nonetheless. Professor Matz later told us (6 weeks after this mystery began) that it’s extremely common here for everyone to wax. Entonces, the mystery is solved at last! 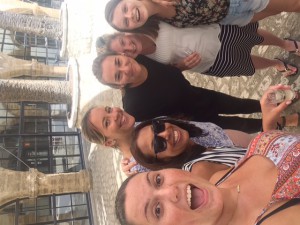 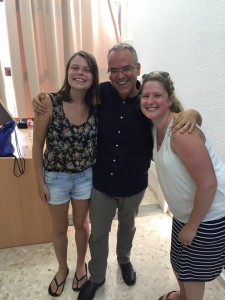 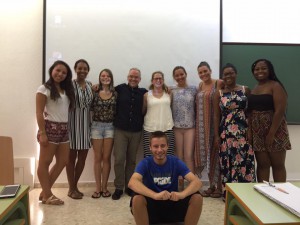 Monday through Thursday, my days are almost exactly the same. I’ve been in this routine for so long, it’s weird to think that this wasn’t always my life. My routine has almost no diversity between each day. But, of course, my favorite part of my day, and where I sometimes get some diversity, is food time.

Breakfast: I wake up up around 8:30, then have my breakfast. Exactly one piece of toast with peach marmalade, and a cafe con leche. Within the first week, I absolutely despised peach marmalade, but didn’t have much of a choice. After 3 weeks, when I got my roommate Kritsina, Nutella was added to the mix. I could’ve cried with joy I was so happy to see something just a little different. So, for the next 3 weeks, I had one piece of toast with Nutella every day. I leave for class between 9:05 and 9:10. Get to class around 9:20. Once I woke up early and arrived at class around 9:10. That was a very exciting day in my life.

Snack: In school, we have a set lunch break from 11:30 until 11:20, but our professor usually lets us out about 10 minutes early so we can beat the lunch rush. I’ll usually try to avoid getting a snack, they’re cheap but they do add up, but when I do indulge, I never regret it. For a snack, I always get a toastado con jamon y olive oil, a glass of orange juice, and a café con leche. The toastado and jamon are always amazing, and the orange juice here is a spiritual experience.

Lunch: Lunch is the most important meal here in Spain, and so it’s always the largest. It’s not always the most grand or fancy meal, but it gets the job done: the job being keeping you filled until around 10:00pm when dinner is served. Lunch is usually pretty varied, from lentil stew to whole fish and potatoes to pasta and marinara sauce. In my family, this is the meal that the mother makes, and the meal that gets the most time and effort put into it.

Dinner: If I’m being honest, dinner is my favorite meal (besides snack time). The mother of my host family doesn’t get home from work until late, so it’s up to the father to provide the food. Dinner is usually simple, but delicious. From hot dogs, to grilled ham and cheeses, to strange dishes involving eggs, I can always count on dinner to be something to look forward to. This meal, in Spain, is middle sized one. Breakfast is by far the smallest, lunch is by far the largest, and then you have dinner. Like Goldilocks, I’ve found my favorite meal that’s just right. 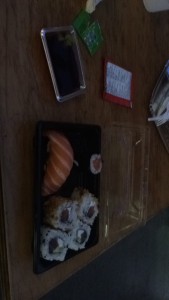 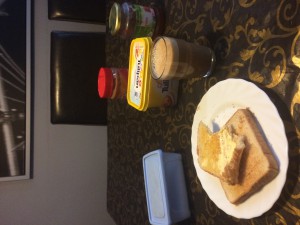 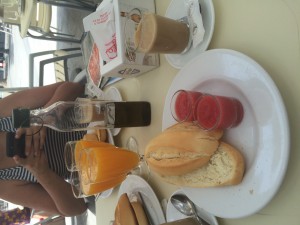 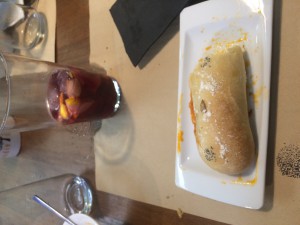 Taking a class in Spain are incredibly different from taking a class in the U.S. The argument could be made that most of the differences stem from taking an intensive summer class, but from the way my professors talk about their past classes, we seem to be experiencing the normal way of education in Spain. We have two Professors, Alberto and Ines. We have Alberto for the first two hours of the morning, then an half hour break, after we have Ines for another two hours.

The way the Professors present themselves is far different than I’ve seen before. Granted, we do have an incredibly small class, but nonetheless. They are friendly and kind, always willing to detour the conversations, but silently keeping track of time in their heads. Alberto told us on the first time that he specifically sets time aside to get off track and converse about random things. Ines once gave us an assignment that consisted of all of us sending her our baby pictures then everyone guess who’s who.

This seems to be a trend in classes about languages in general: being able to converse and speak the language is just as important as the grammar. The only linguistic experience I have is three years of Latin in high school, where it was all grammar. Latin is a dead language, so occasionally we would attempt to read ancient texts, but being able to hold a conversation was no even on our “to do” list.

The grading system in Spain is also very different. There’s much less pressure on getting good grades and just learning for the exam. We have nothing graded except our final on the second to last day of the course. The European grading system in general is also much gentler, I believe, but I do not know the exact differences. Unfortunately, I would not know this blessing because we’re still graded by the UMass Lowell grading system here. From what Ines has told us, they have a scale from 1-10. Any final grade above a 5 is passing, and below is a suspension. Getting a 7 or 8 is really good here, and only one or two people receive 9s.

The first time Alberto gave us an exercise to see where we were, we all worriedly inquired if it was graded (it wasn’t). The first time Alberto gave us homework, I spent hours on the simple assignment, trying to Google and check with the other girls in the class and see what they got because I didn’t want me getting an answer wrong on the homework to negatively affect my grade. Spoiler alert: the homework was not graded and just for us to learn, I got way more out of the second homework assignment when I just did it based on what I knew and made mistakes. The first time Alberto did a small quiz with us (once again, not graded), I allowed myself to get some answers incorrect, and when I did, I inquired about why they were not correct until I understood. I felt no shame or disapproval from being confused. The next quiz, I did not make any of the same mistakes.

I’ve always been extremely concerned about grades, needing a certain GPA for one thing, another higher GPA for something else, and a competitive GPA for a third thing. I can calculate my current grade and hat grades I need to get whatever for a final grade blindfolded at this point. But, with this far more laid back style of learning, focused less on memorization and testing and more on understanding and actual comprehension.

I’ve learned more in these weeks than I have years in the US. I miss a lot of things about home, but, sadly, I think I prefer the Spanish university. Also, the view from my classroom looks like something from a movie. I don’t think I’ll ever get used to it. 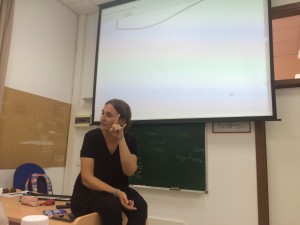 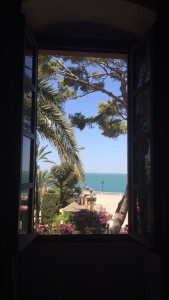