Although Jay has been to South Fork each of his eight seasons in Antarctica, the rest of us needed to get a feel for the valley. We spent Saturday hiking a ways east of Don Juan Pond, and then back west up the main part of the viscous flow lobe we’re camped on. Don Juan Pond is ringed by salt crusts, making boulders stand out white against the lake when the light hits them right. It’s quite beautiful. Orange-ish areas near the lake are thin little algal mats. 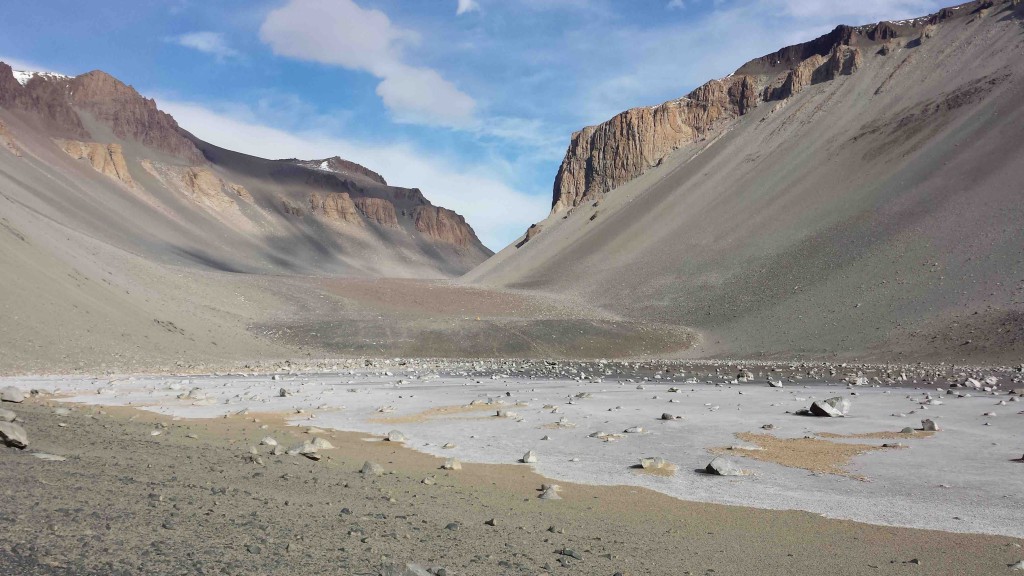 Looking across Don Juan Pond onto the viscous flow lobe and our campsite.

As you travel east from Don Juan, you go up a fairly gentle slope, encountering several other ponds along the way. One pond was frozen, although Jay tells us that usually it’s salty enough that it remains unfrozen in November. Another pond was almost completely dried up, with only a tiny liquid puddle about a meter across hiding under a boulder. 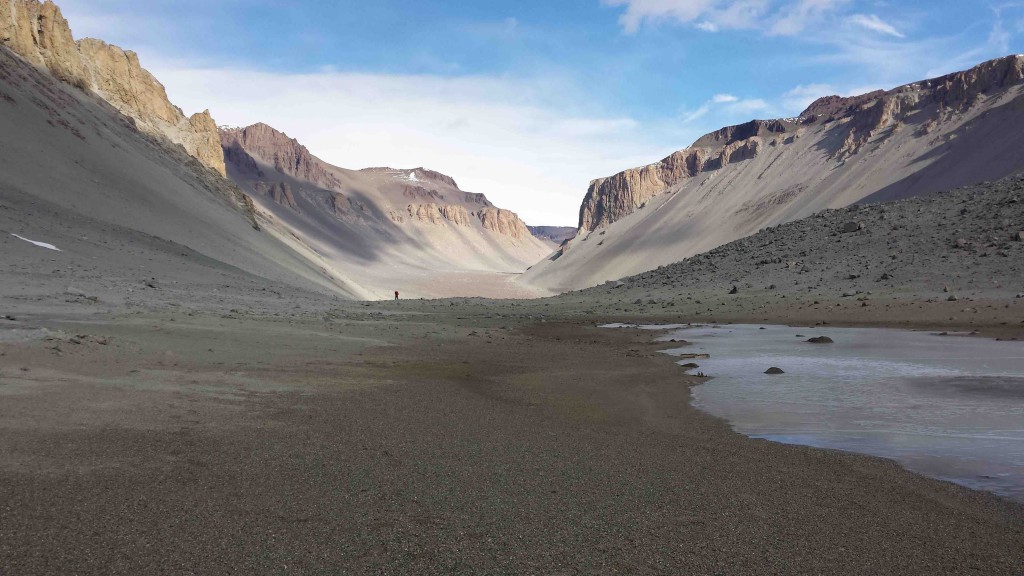 West of Don Juan is the steeper, much more boulder-rich surface of the flow lobe. It’s rough hiking, though not nearly as bad as the treacherously wobbly footing at Sollas Glacier. You’re surrounded by extremely steep cliffs, with bedrock looming vertically above scree slopes. There’s certainly plenty of sediment coming off of the cliffs to keep adding to the flow lobe. 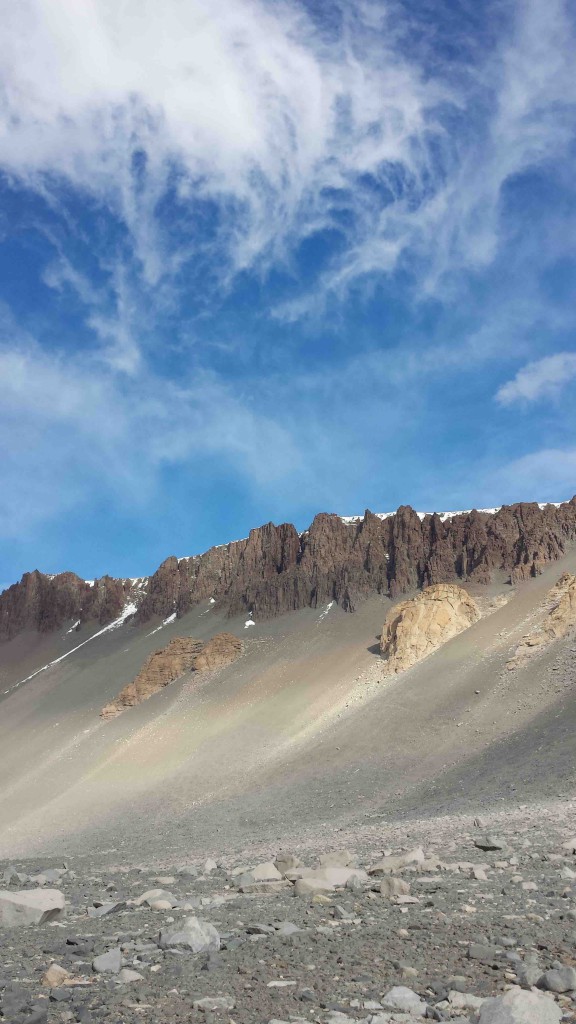 We’ll spend the next two or so weeks here, and then this field season is done!